Interstellar Rift
38
0
2020 In Hindsight - Interstellar Rift Development Update 165
Dec 23, 2020
Welcome back to another Interstellar Rift development update! In this update we add the community poll winners; the interior windows. We are also adding in DLC support with the release of a free Holidays 2020 DLC pack. We’ve also made a couple of other small changes which we’ll detail below.

First up, the interior windows. We’ve added 8 new interior windows which can be placed between rooms. The placement works very much in the same way as doors. Placing them on a wall creates a new room behind them if there wasn’t a room already present. Removing a room on the other side also removes the windows. 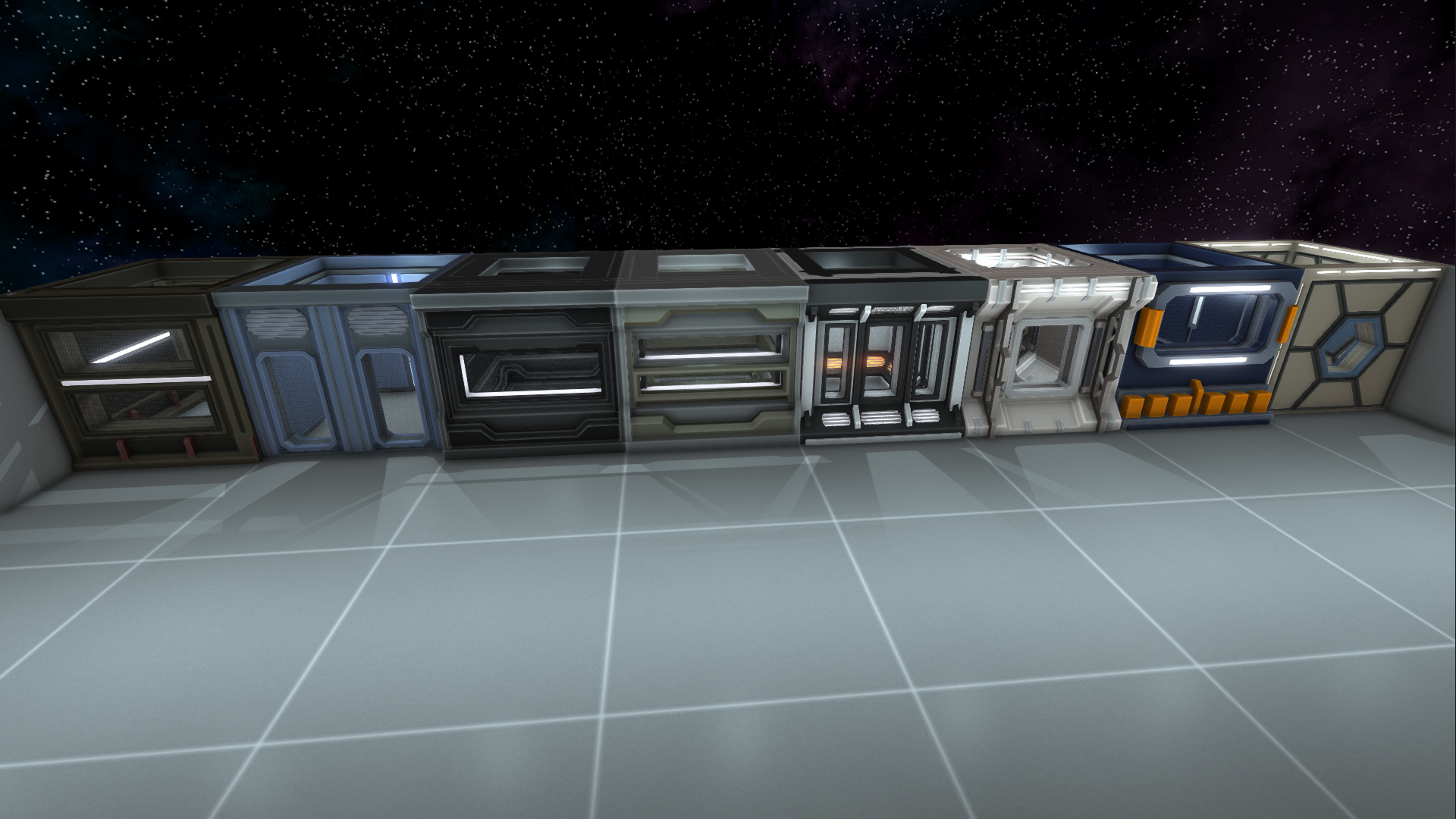 To match with the new windows we’ve also updated some of the windows and walls that were already in the game. With this update they also gain the functionality that the interior windows have, to switch between transparent and opaque. The small doors and medbay doors have been updated to use the new glass look, but don’t have the functionality yet to be darkened. We’ll update these early next year.

To test our DLC backend for future DLCs we decided to release a small pack of Holiday Season related items in a free DLC. Among them you can find some christmas lights, a snowman, a fireplace, and more. We’ve also added an offset version of the dining benches so you can cozy up to the fire in the cold vacuum of space. 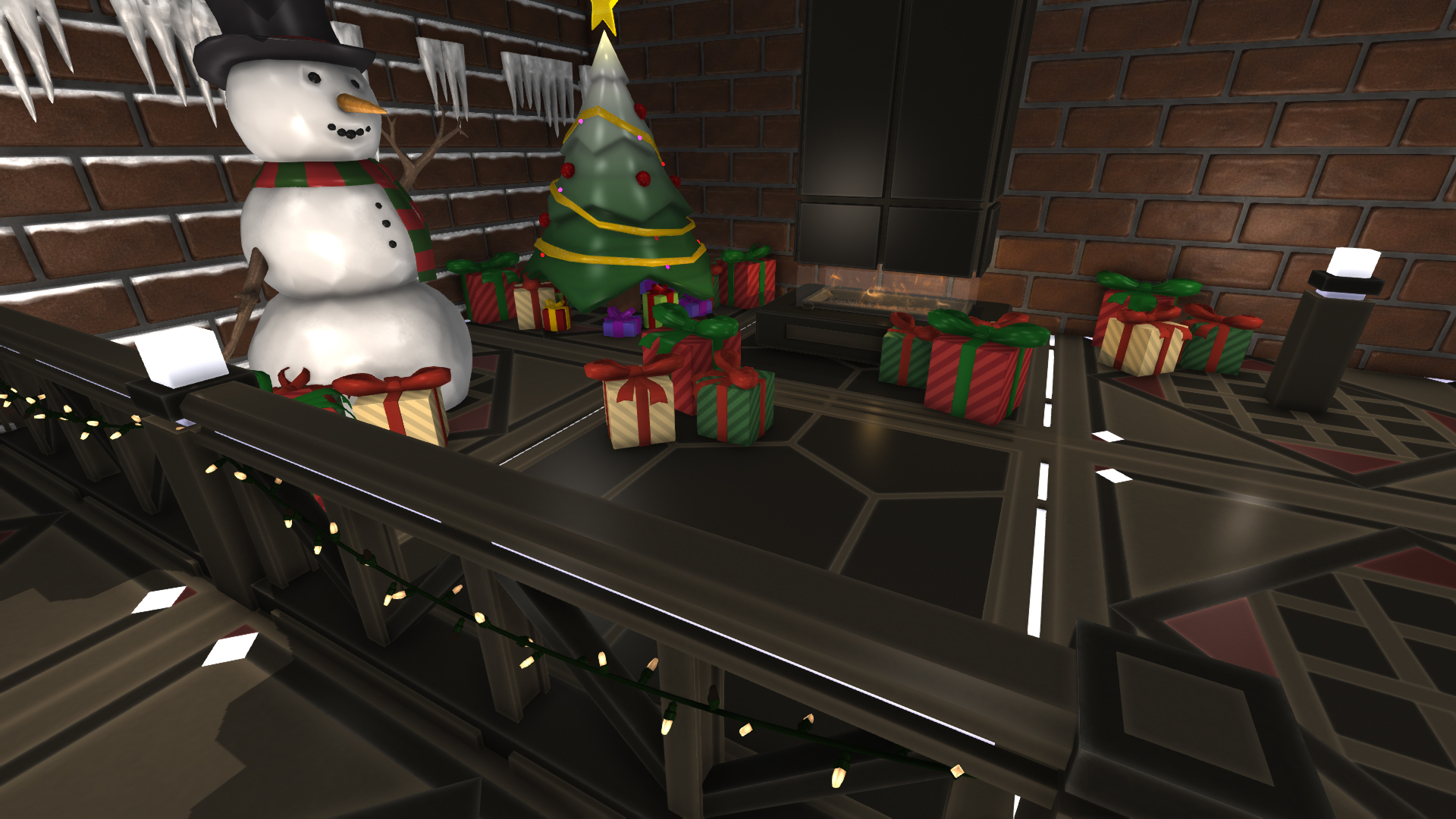 Our plans for future DLC are coming into focus and we decided that we don’t want them to impact the main gameplay features of the game. As such we will keep releasing free updates with new features and props. We will look towards offering some extra content in the DLC packs with which you can customize your ship in various new ways.

To go into detail about the DLC for ships, it will work as follows. You can place and look at the DLC props in the editor, but you won’t be able to construct or modify ships with DLC content on them that you yourself do not have. This means that other players can modify the ships for you, or you can purchase a ship with the DLC content already present. You can’t modify that ship any further at that point though, not without first removing the DLC content.

And with that we’ve come to the end of 2020, we at Split Polygon would like to extend our best wishes to everyone, we’re looking forward to what we can bring to Interstellar Rift in 2021.

Happy Holidays, and as always we’ll see you star-side!

You can claim the free 2020 Holiday Pack here 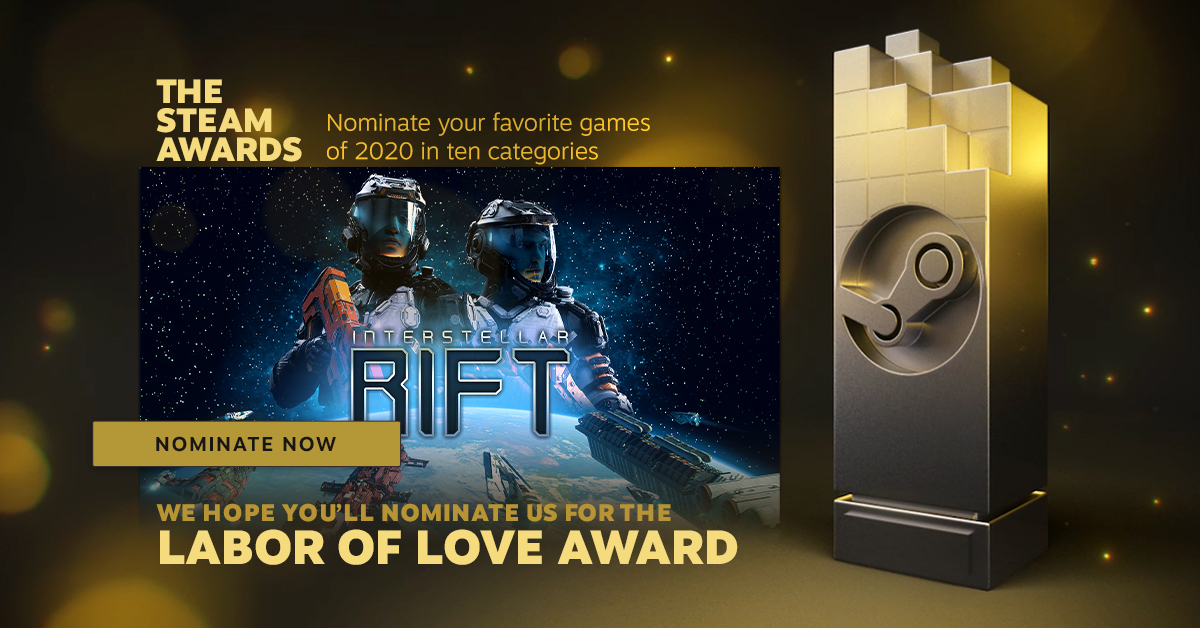 Interstellar Rift has already been an eight year journey for us at Split Polygon, and we are continuously finding new things to get excited about while developing the game. So if you’re thinking of voting for Interstellar Rift for the Steam awards this year, please consider nominating us for the “Labor of Love” award.

If we’re fortunate enough to win, we’ll add a commemorative prop to the ship editor in celebration.

As always, we'll see you star-side!

A while back we announced a huge ship design contest, with some preeeetty awesome prizes. Well, the votes are in, and the winners have been determined -- so without further ado, let's get into it! 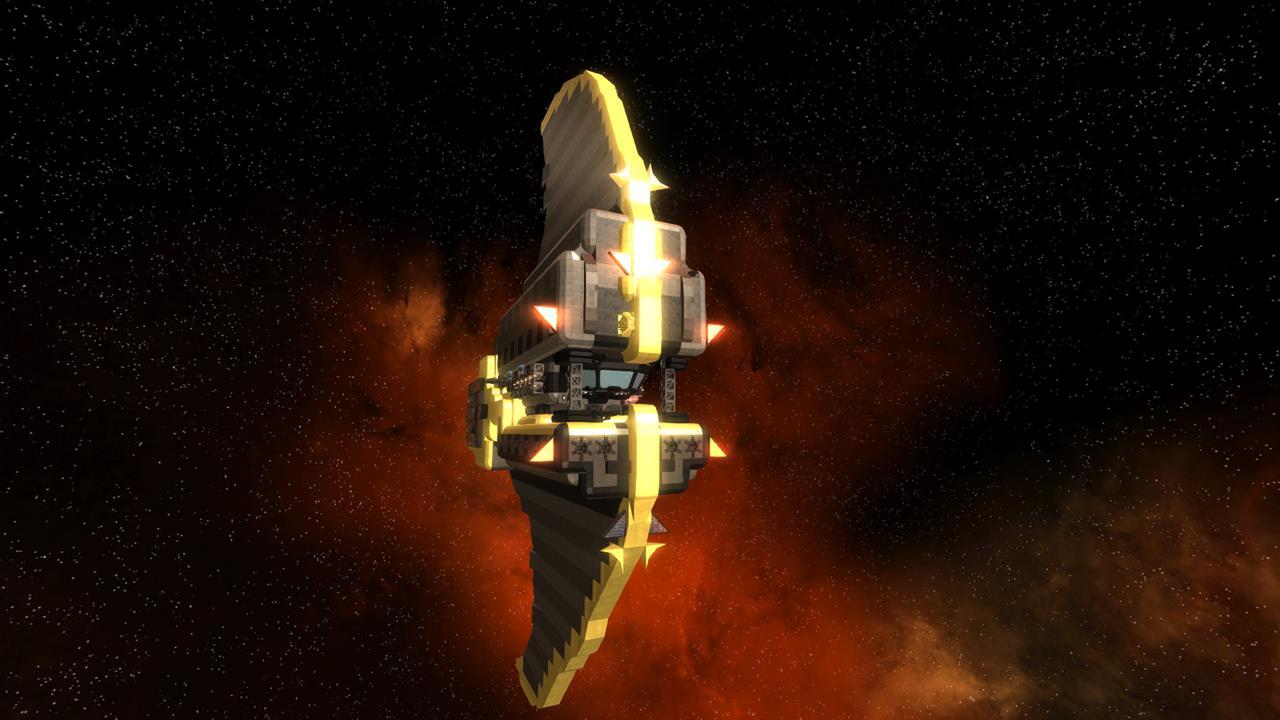 Our grand prize winner is this beautiful scout vessel. With its unique shape, sensible interior, and popping color palette, this bad boy is guaranteed to get you some jealous looks as you cruise through the galaxy. Definitely give it a whirl yourself! 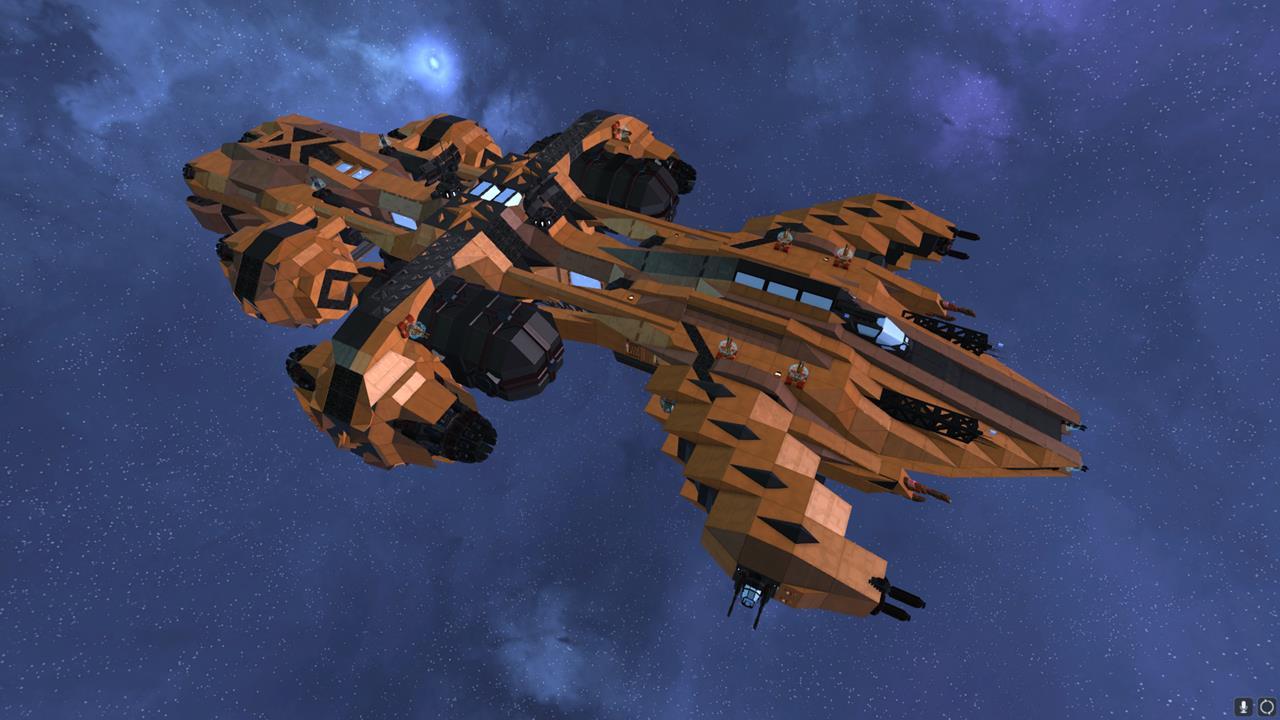 The Reinita looks sleek as hell, with a ton of effort put into not only its exterior, but also logical walkways through the ship. It's also not as expensive as it might look at first glance! Got the resources? Then get it on the Workshop! 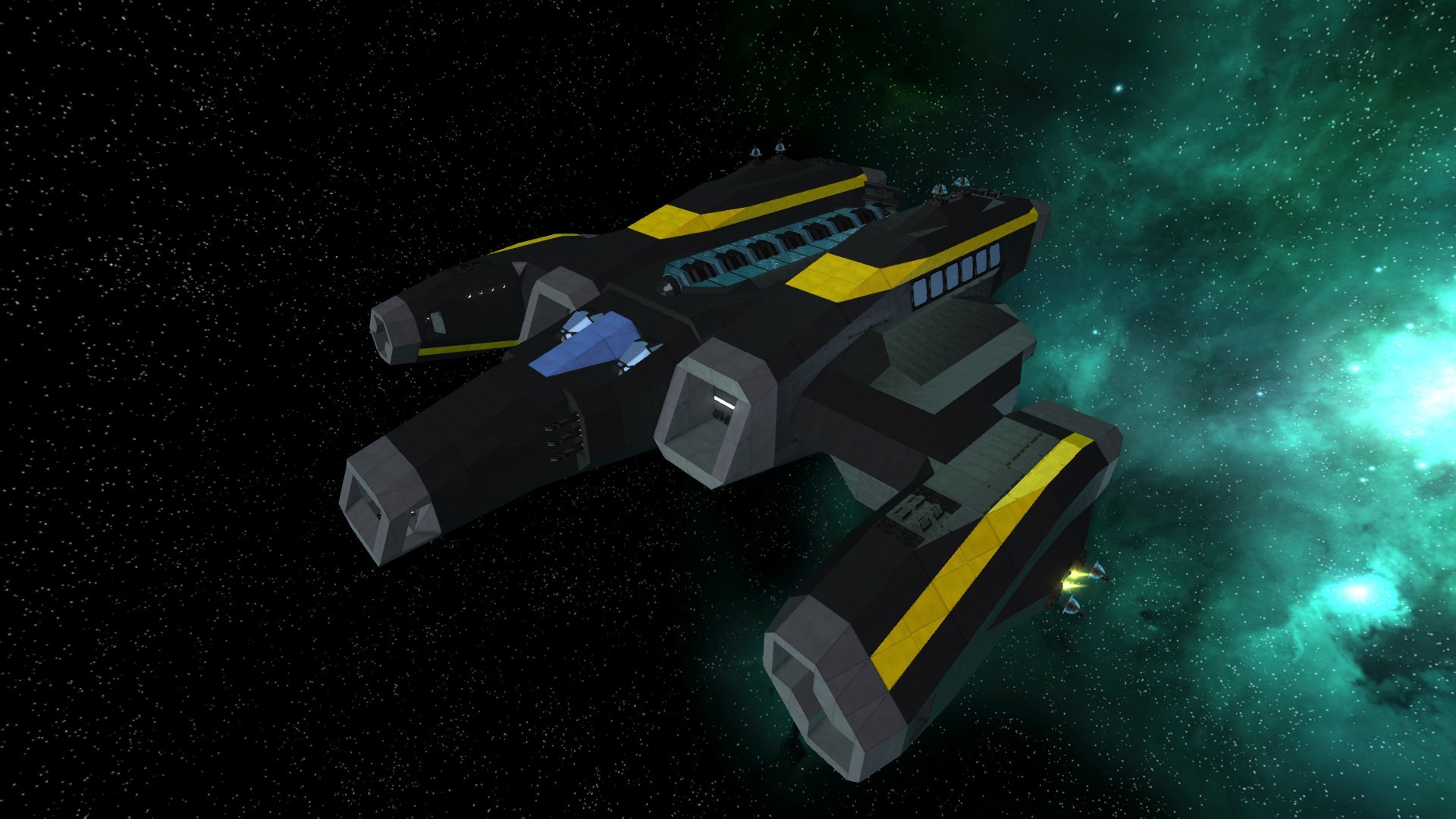 Is it a Nintendo 64 controller? Is it a Space Invader? Nope, it's the AC7-Helix Mk II. It's got more thrusters than you thought you'd ever need, and packs plenty of firepower. Pick up this big boy in the workshop 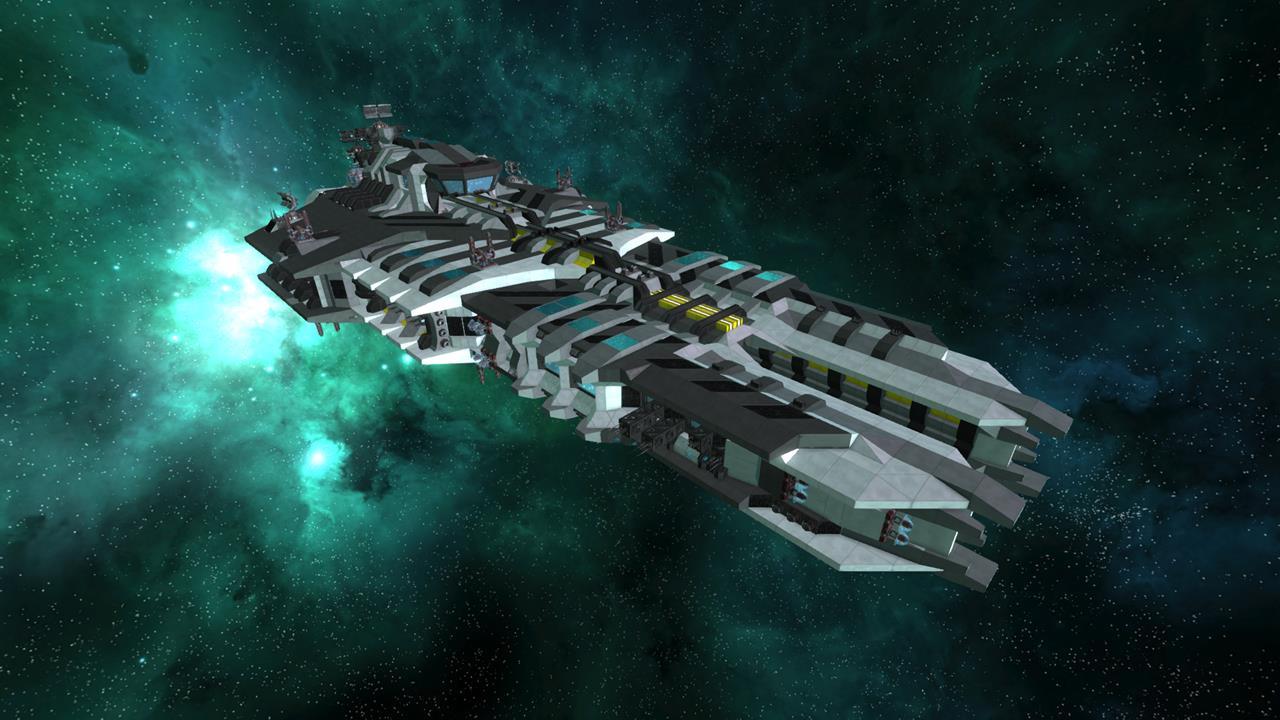 We know we were going to get some chonkers when we set the mass limit at 300k, and the Javelin really pushed the limits with a total mass of 299.95k! It's frigging huge, and it's amazing. Workshop link. 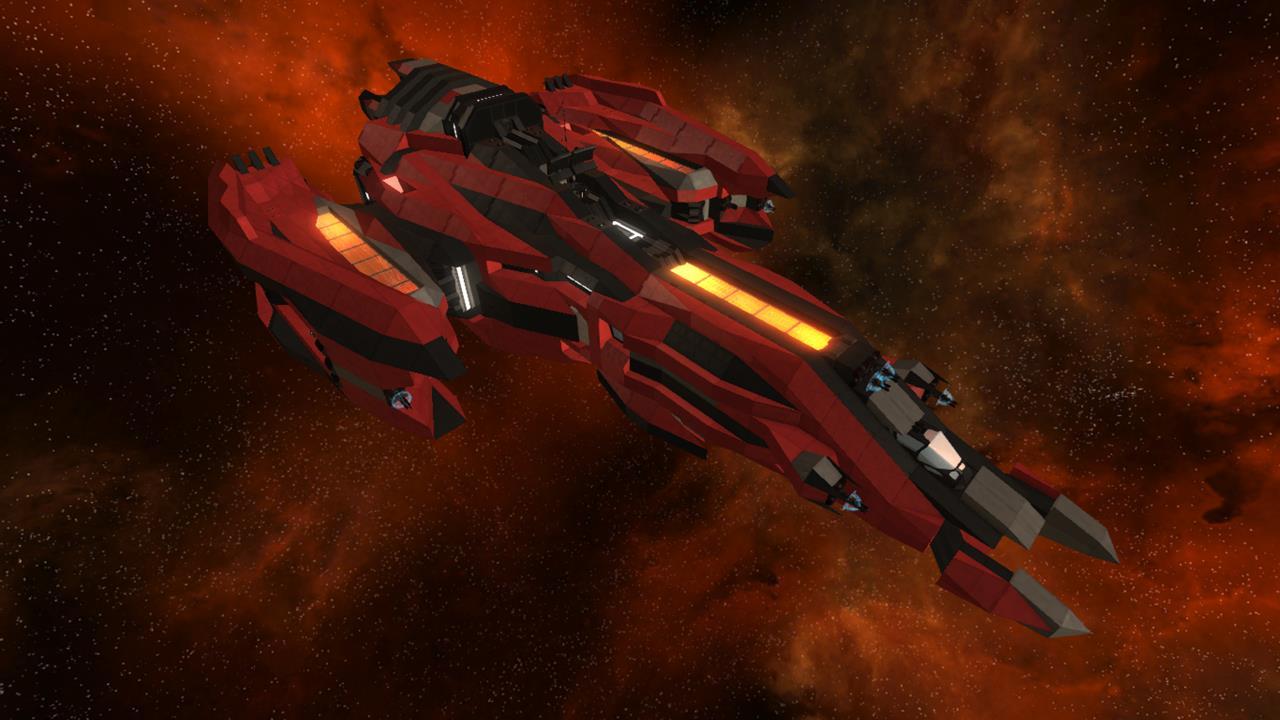 Probably our pick for "coolest name", the Runivex Variable Small Cruiser, aka Vagabond, is a compact all-rounder. Packs a punch, can zip around bulkier ships, and looks great while doing so! If you're looking for a straightforward ship that doesn't look like one, to the workshop you go. 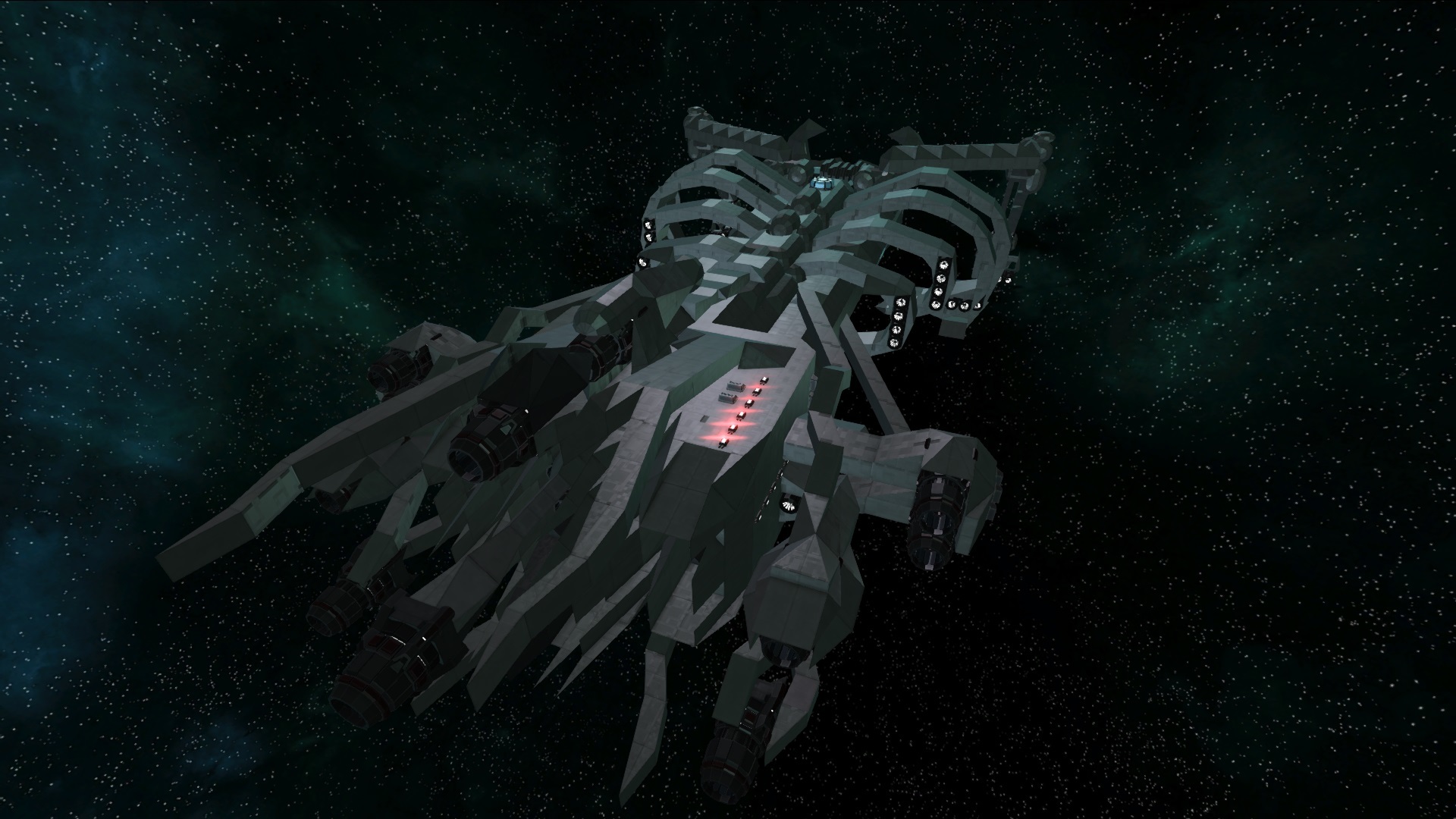 It's got horns, what's not to love? Also the ship's tail end is some of the most intricate work we've seen in a while! 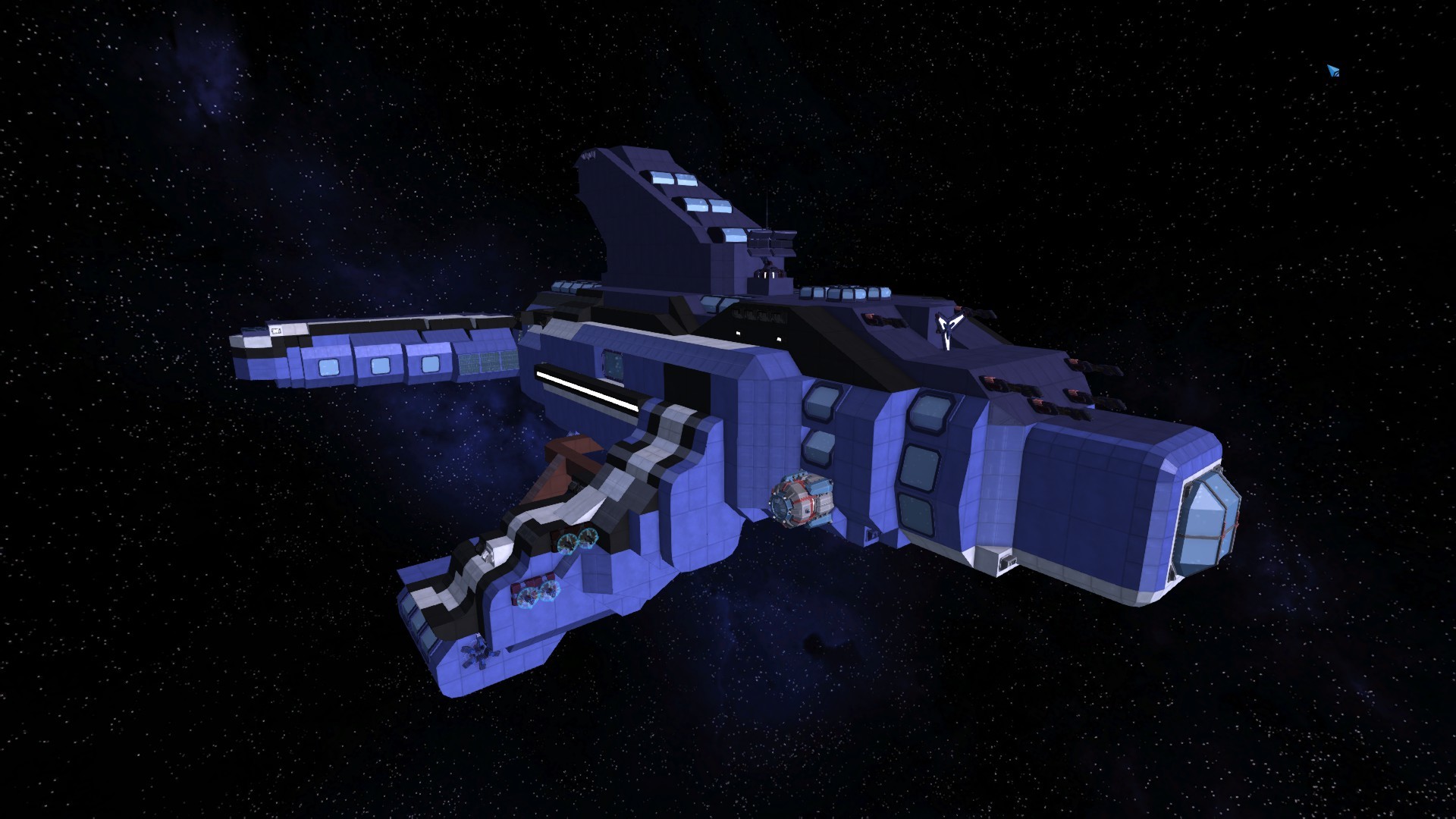 We've seen a lot of different exteriors, but a ship that looks like a dolphin, now that's new. It may look... well, almost cute -- but it's got some serious firepower. Swim through the galaxy with the Golfinho 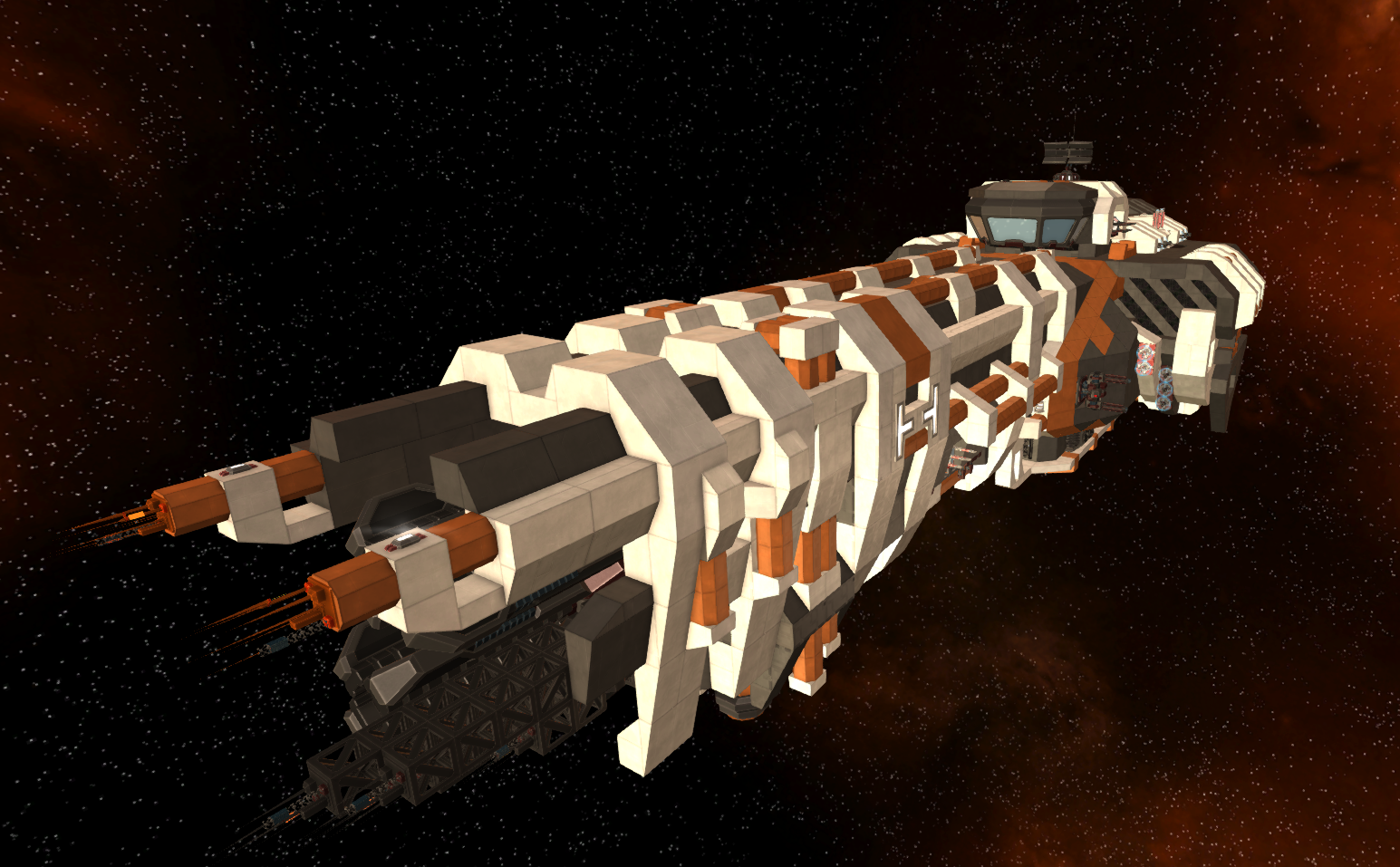 It's huge, and it makes even the toughest Skrill go boom. But make no mistake, despite its size, the SSC Marauder is fast, and has tons of intricate details. Workshop link 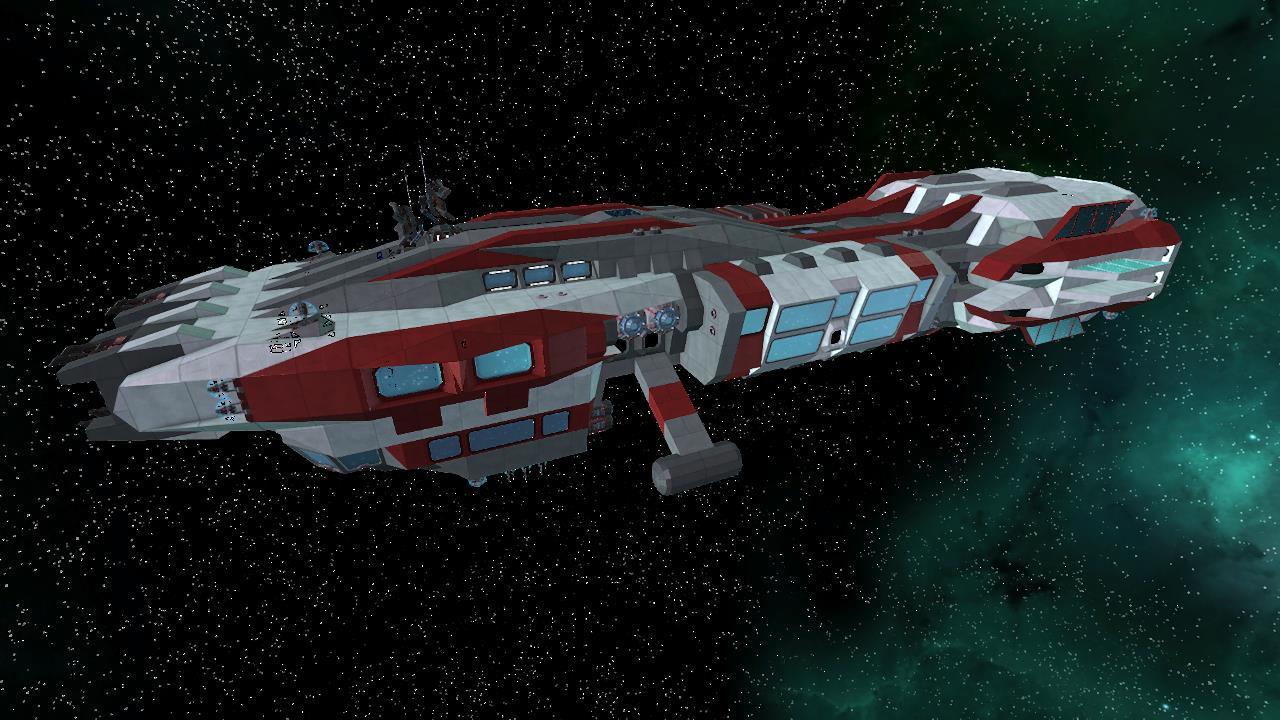 Another all-rounder, this light cruiser provides everything you'll need to survive the dangers of deep space. It's got a sleek, yet deceptively intricate design, with special care taken to make the interior logical and easy to use. Workshop link 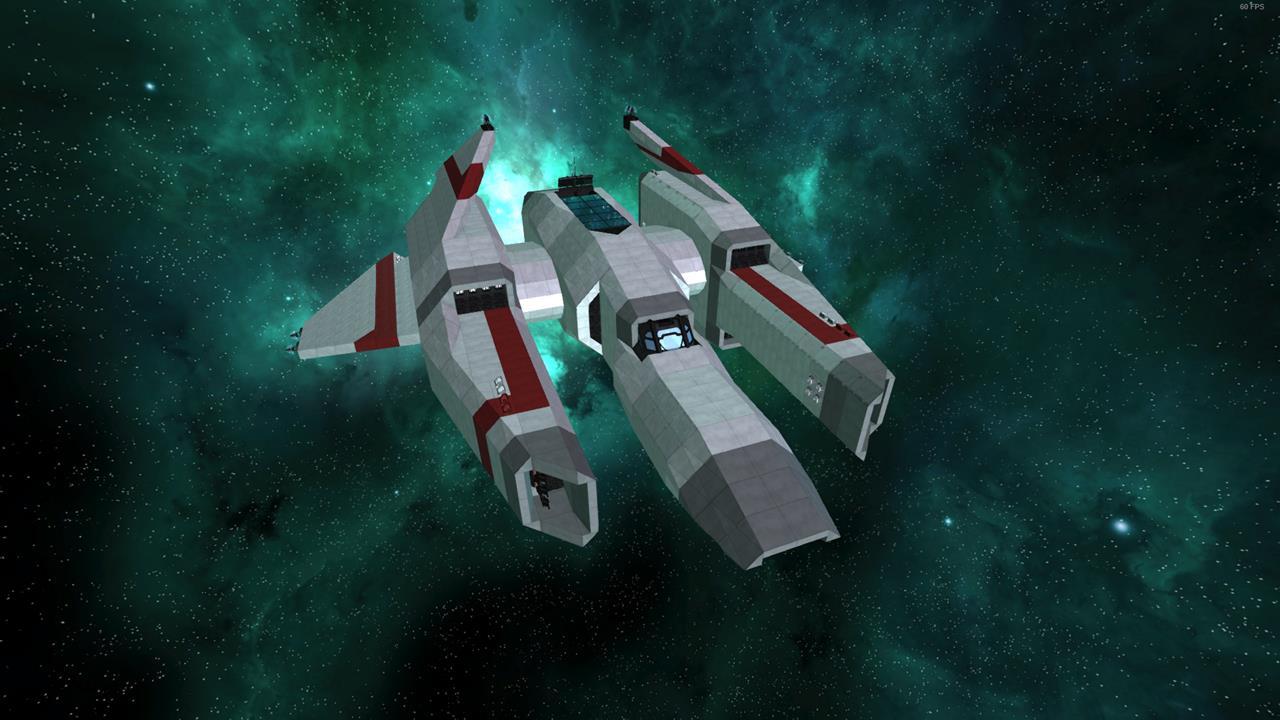 Last but not least, we have the Tristar Alpha. In terms of its outside design, this one encapsulates most what we see when we think "spaceship" with its timeless design. It's equipped with an impressive array of weapons, so if you want to go pew pew, check it out!

THANK YOU!
Seriously, this vote was incredibly difficult. The spreadsheet looked like a battlefield. Thank you to everyone who participated in any way, whether you entered the contest, or cheered entrants on in Discord.

And to the winners: congratulations! Someone will get in touch with you on Discord soon!

Hopefully we'll get to do something similar again in the future.

Interstellar Rift
40
3
More Languages and new Doors - Interstellar Rift Development Update 164
Nov 4, 2020
It's been a little over a month since release, and we're happy to be releasing the first (albeit small) post launch content update for Interstellar Rift. We've been hard at work to attack any incoming bug reports during the past four weeks and while our work on that continues, we are also looking forward to adding more content to the game in the future.

In this update we've added three new languages; French, Spanish and Japanese. Hopefully this will make the game more accessible to players who don't speak any of the already supported languages.

We've also been conducting a community poll to see which props should make it in to the game first, from a choice between glass walkways and smaller doors, with the winner being a new set of doors. We said the props would be in game before the end of the month of October and we're a little bit late on that promise due to other more pressing issues that we needed to take a look at. 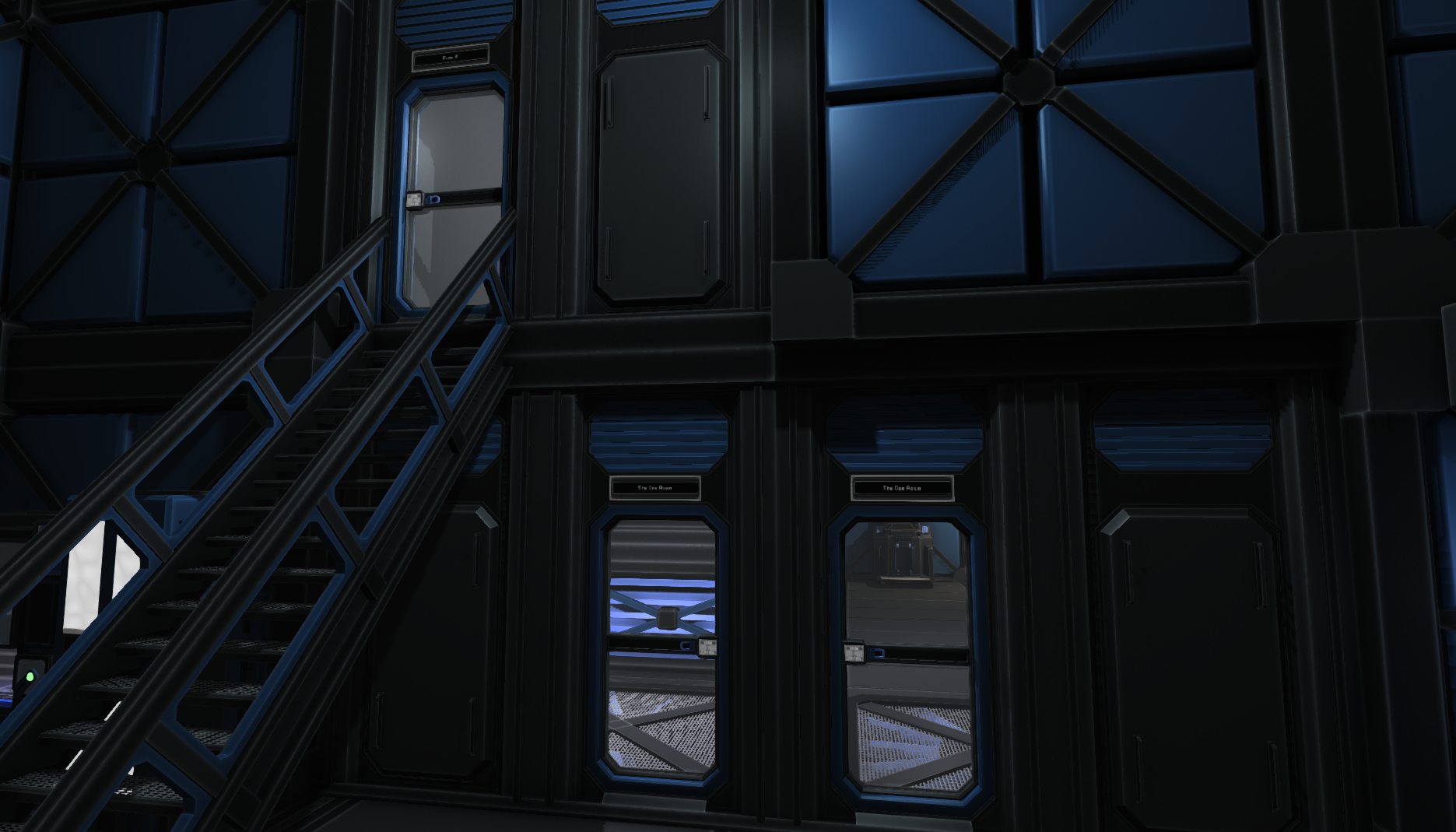 We're happy to add them to the game after a slight delay however. These doors are made to fit in with a lot of other building blocks, which means that they line up with some of the stair cases, and fit in with a bunch of other props such as walkways and prop walls.

A new community poll will be up on our Discord channel in a couple of days, please don't hesitate to join it if you want to help determine which props will make it into the game in the next month.

We're also happy that the results of the Ship Design Contest will be announced tomorrow. Voting took a little bit longer than expected to make sure we could take a good look at all of the ships after we noticed that we missed a couple of them.

A big thank you to everyone who participated in the contest, and we'll see all of you star-side!