Relive Half-Life.
$19.99
Shopseite besuchen
Die beliebtesten offiziellen und von der Community erstellten Inhalte der letzten Woche.  (?)
Npcs die randomly
Issue : I encouter a probleme that make all npcs whenever they finich or start their animation they die and also all settings are restting when i restart the game and npcs can't do damage to me. I tried to remove all my mod re-intall the game, but nothing. Pls help...
5 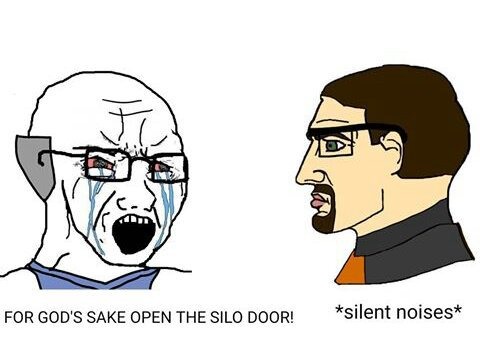 𝑨𝑽𝑮𝑽𝑺𝑻𝑽𝑺
Artwork anzeigen
Are Protozoans evil? What are they?
What are the Black Mesa lores behind them? They seems like harmless enough just floating around having a blast of their time, but lore wise why the hell are a bunch of them inside the most secured Xen Command room together with the Nebula star map? Are they the high command of Nihilanth or even sent by combine to spy on him? ...
4 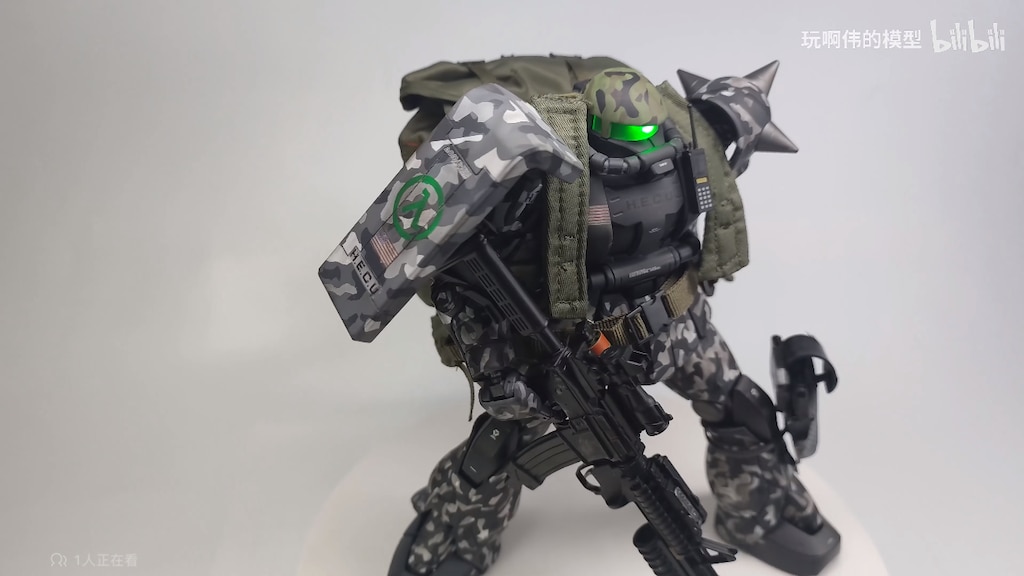 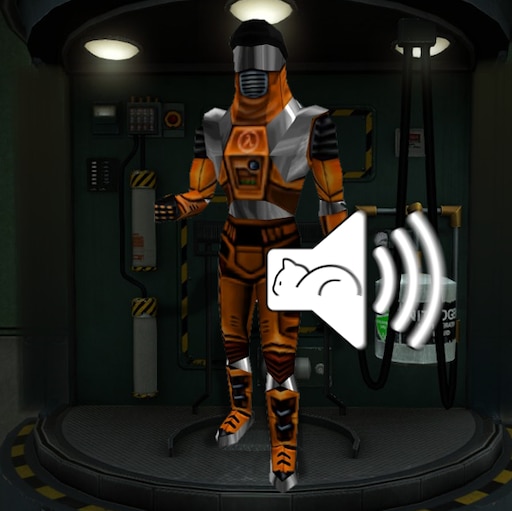 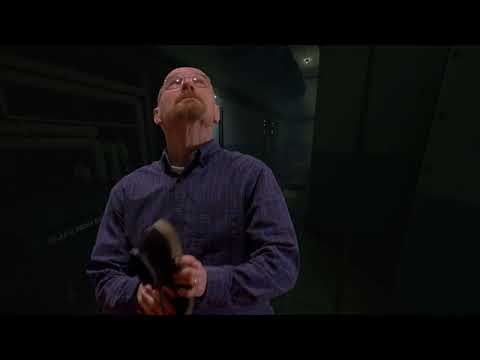 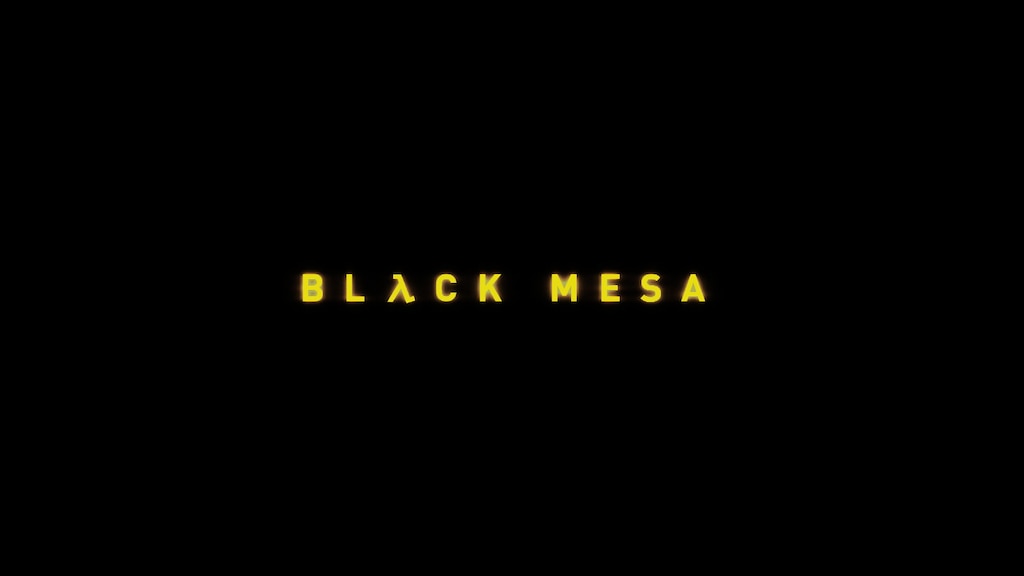 zombie_nation
Screenshots anzeigen
F for Jenkins
Type F to pay respects for Jenkins. He died as a hero
20 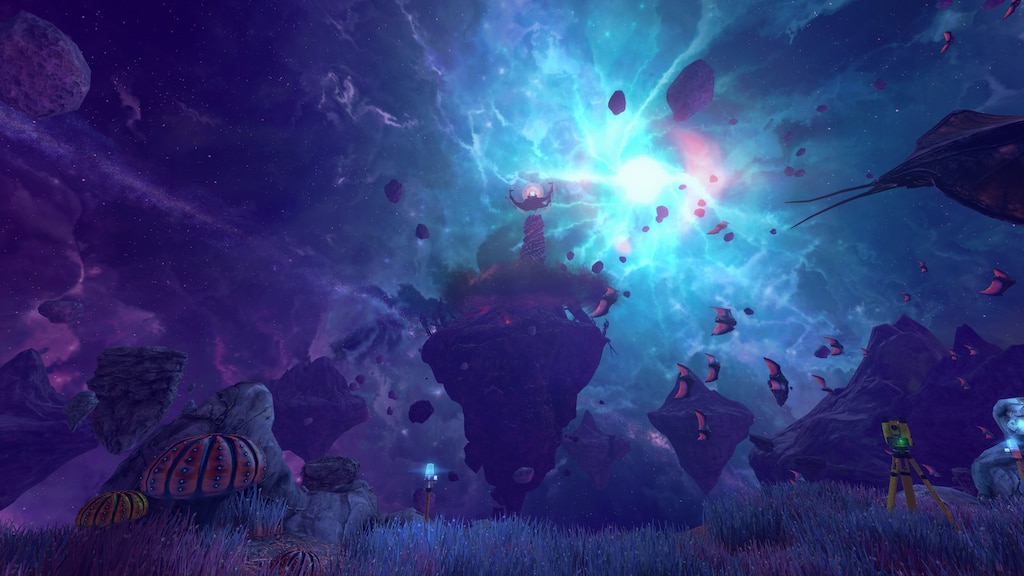 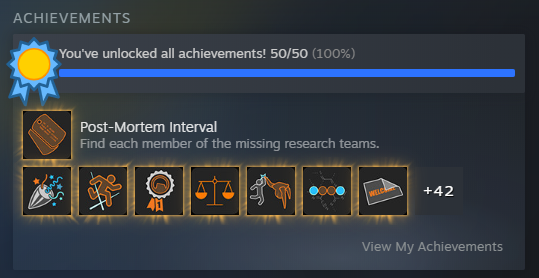 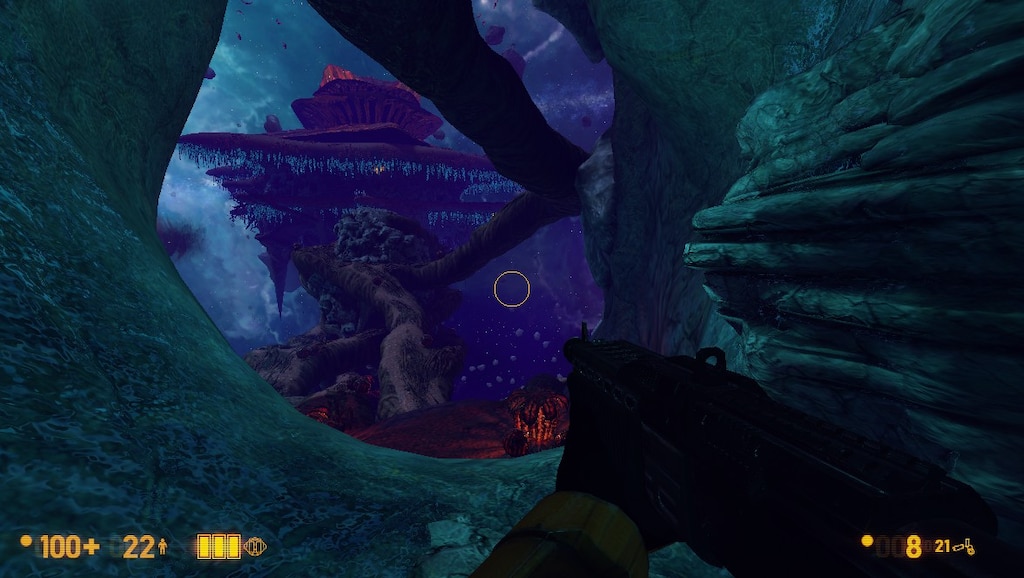 Empfohlen
44.3 Std. insgesamt
BUY THIS GAME. If you play FPS games, this is very much for you. If you don't play FPS games, this might be your starter point. It was mine. The story has very little dialogue from other NPCs, and none from Gordon - the crowbar wielding POV which you control. I've always described Half-Life as the world's first "thinker shooter". It was based off the Quake engine - Made by id who made (Obviously) Quake, & Doom. Godfathers of the First Person Shooter. They took that engine, and actually made a story that is displayed to you, the player, to witness. Since you're a mute, the game has to rely on visual storytelling to convey a course of events as you progress through the Black Mesa Research Facility. FPSs up to this point were simple levels where you start with a gun and fight your ways through narrow corridors to an end point of sorts, progressing you to the next level and/or arrangement of enemies. This was a revolutionary step for FPSs, so much so that the entirety of the video game industry and it's gamers were blown away. The chaotic nature of the gameplay is comprised of classic arena shooter combat, and puzzles. The immense and mechanical setting of black mesa, with alien teleportation and black ops soldiers keeping you constantly on your toes, Half-Life is an adrenaline rush and an absolute delight of sci-fi media. But this isn't a review of Half-Life.

Black Mesa is the best remake out there. Yes. No holds barred. No contest. It is as faithful as it is innovative & all around improved. It took what could have been better and made it absolutely the definitive version of Half Life 1 in the Source engine. ♥♥♥♥ Half-Life: Source. This is what it should have been all along. The Xen levels especially are vastly improved from the original game, and everything feels far more cohesive and less confusing. Its honestly impressive how good this game looks for a Source 1 engine title.
Enjoy the game, and don't forget your crowbar! 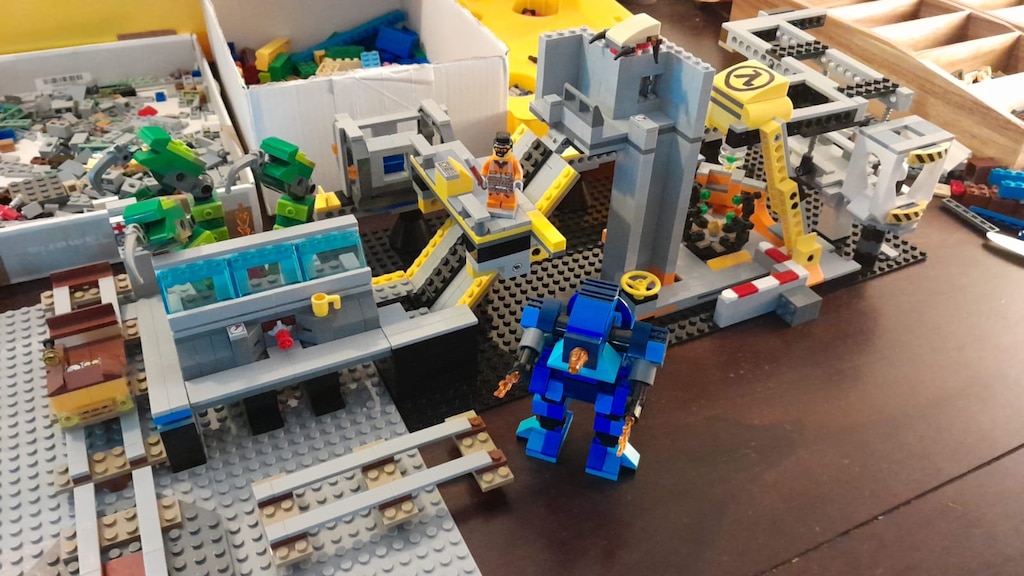 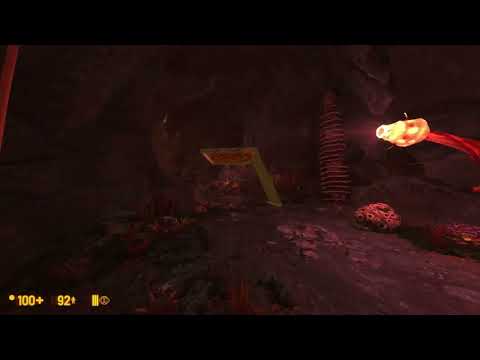 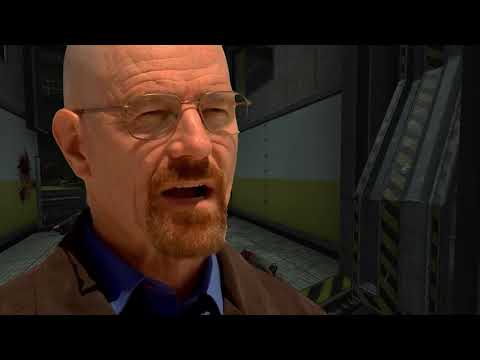 1
0
Walter White wants to get another name

Empfohlen
27.5 Std. insgesamt
Really great until Xen which is somehow worse than the first one. Utterly dull platforming and boring puzzles with some trash enemies and encounters (like why are there sniper bullsquids perched on ledges they couldn't access without your boost jump? It's just stupid). The new art direction makes it look like Avatar and detracts from the idea of Xen as this desperate border-world. I appreciate the effort that has clearly gone into it from a technical perspective but as a gameplay experience, I am finding it an absolute chore. A real shame considering that almost everything that comes before Xen is a superb remake of the original that is a blast to play. 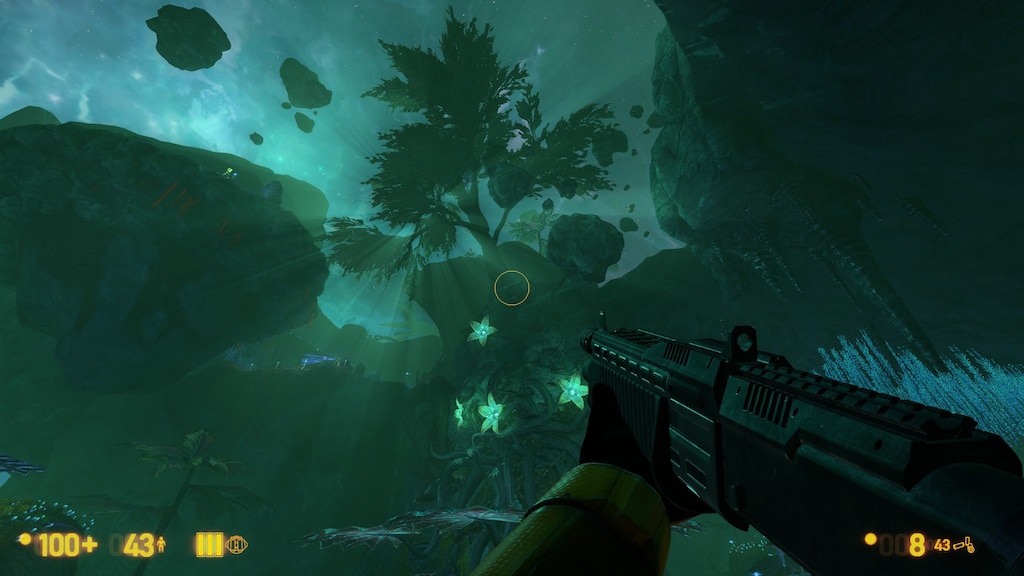 BMS JOIN COOP SESSION?!
Overview of what we offer to BMS community remaining.

Empfohlen
60.8 Std. insgesamt
Despite some drops here and there, the game is amazing in the graphic department and runs very smoothly. Black Mesa is THE game to take as an exemple in how remaking a game.

Xen as a chapter is by far my favorite location in recent years, it is so gorgeous to look at that i couldn't help myself but to stop for a couple of minutes and just watching the creatures flying by and so on.

I mentionned drops earlier, and yes there is a good amount despite my rig being way superior compared to the recommend requirements. That was annoying but it only occurs in precise locations so in a way not a big of a deal but still annoying.

Another flaw in Black Mesa is well the other levels of Xen, way too long for my liking and repetitive, but visually it is impressive.

Now the real question is do i even recommend you Black Mesa ? Well of freaking course now or on sale it doesn't matter. 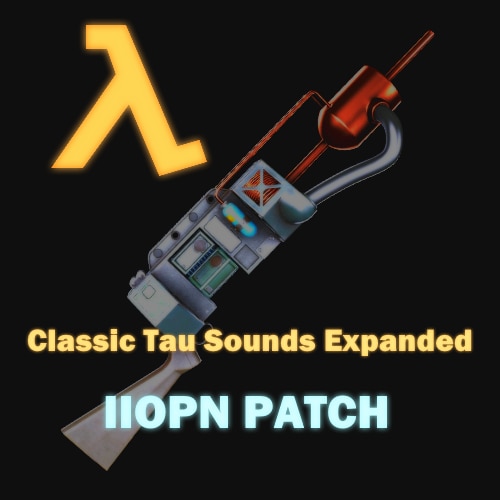 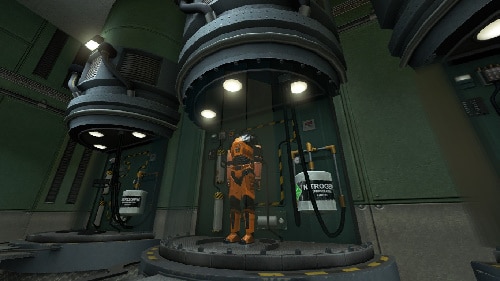 Black Mesa Faceposer: Lipsync
In this guide, we continue with our tutorial on face-poser. In this tutorial, you will learn how to get your acting into black mesa, and into your mod as well.

ODSTZOMBIESLAYA
Alle Guides anzeigen
If I give myself the longjump module at the start of the game, will achievements still count?
I want to speedrun rare and rarest specimen achievement and pepperoni precipitation. All the parts before xen are pretty slow though without the long jump module. soooo anyone know?
16 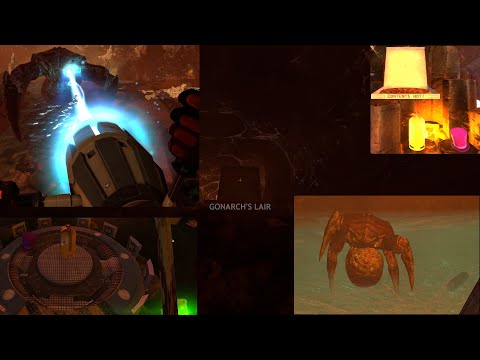 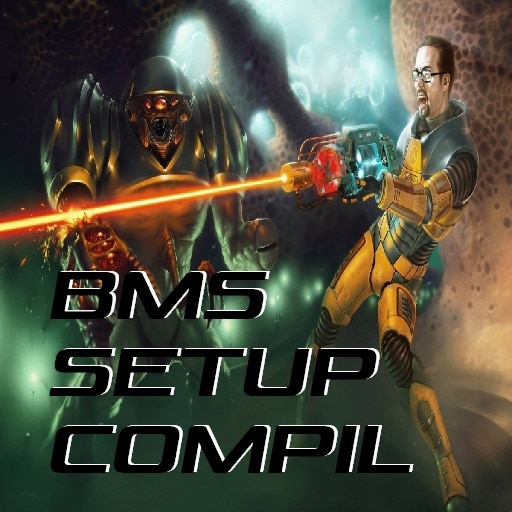 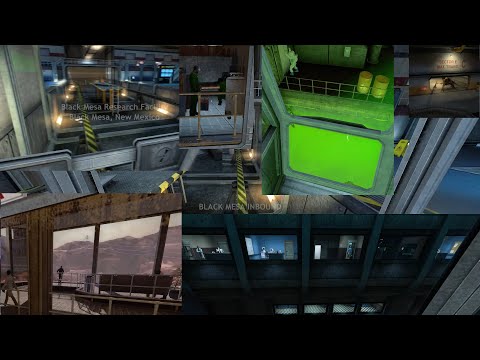 How to fix plug not appearing in On A Rail
Hello! Early in the chapter On A Rail, there is a puzzle where you need to plug a plug into a wall socket in order to raise a bridge. Ordinarily, this is straightforward. However, there is a bug that causes the plug to spawn way under the floo...

✡✡✡ib11✡✡✡
Alle Guides anzeigen
Did i just found a new secret?
https://www.youtube.com/watch?v=8KLjoJDuT-I After completing the achievement "Rarest Specimen", if you wait untill the credits end, the following animation will appear.
3