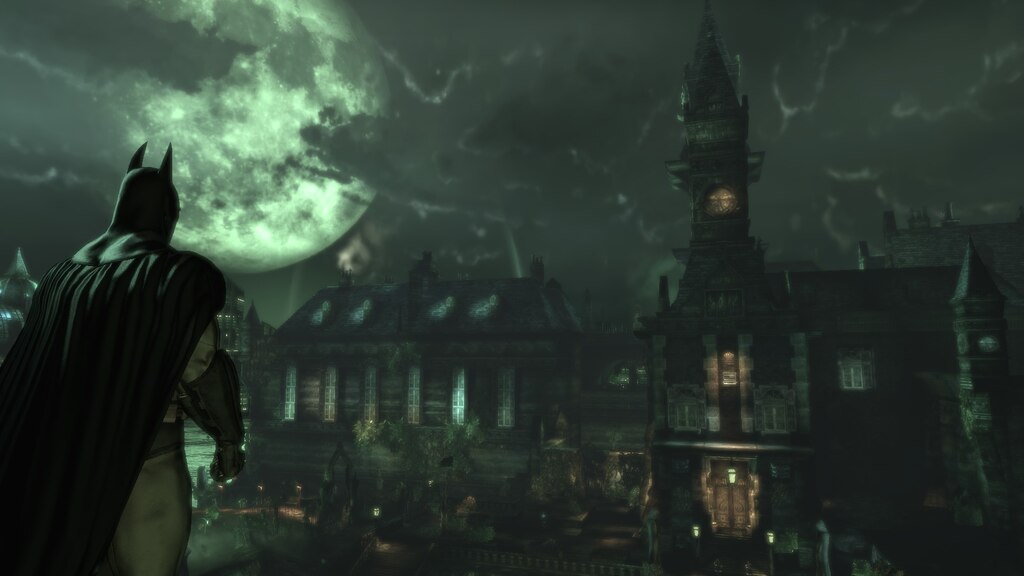 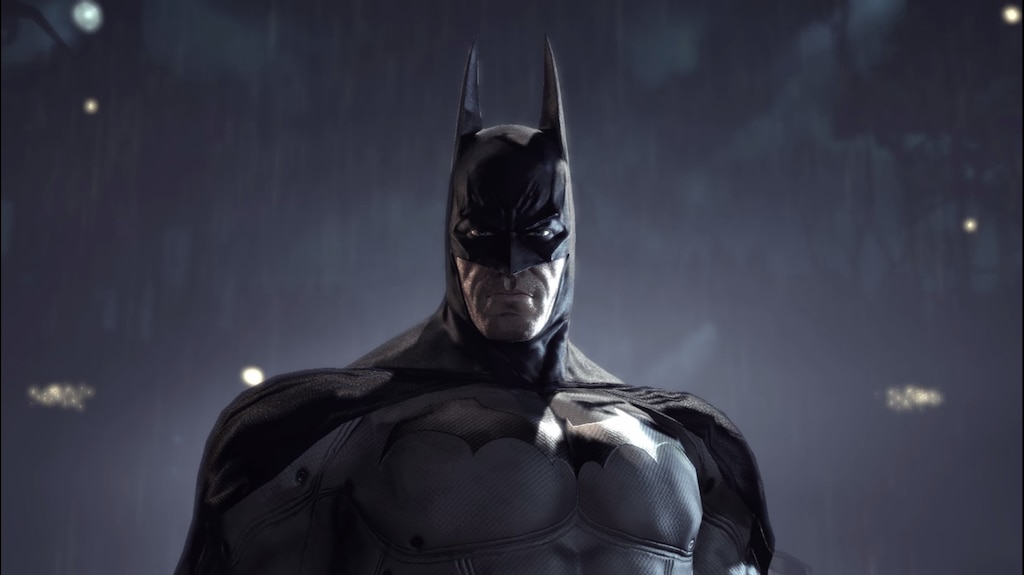 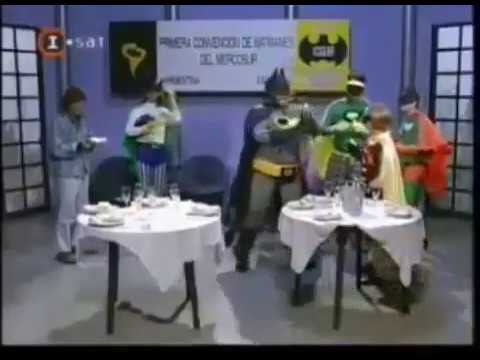 Invisible Predator Achievement (Quick method)
just a guide on how to get Invisible predator achievement quickly. Not much else too it. http://www.youtube.com/watch?v=-qFjZRRa7iE
68 Bewertungen 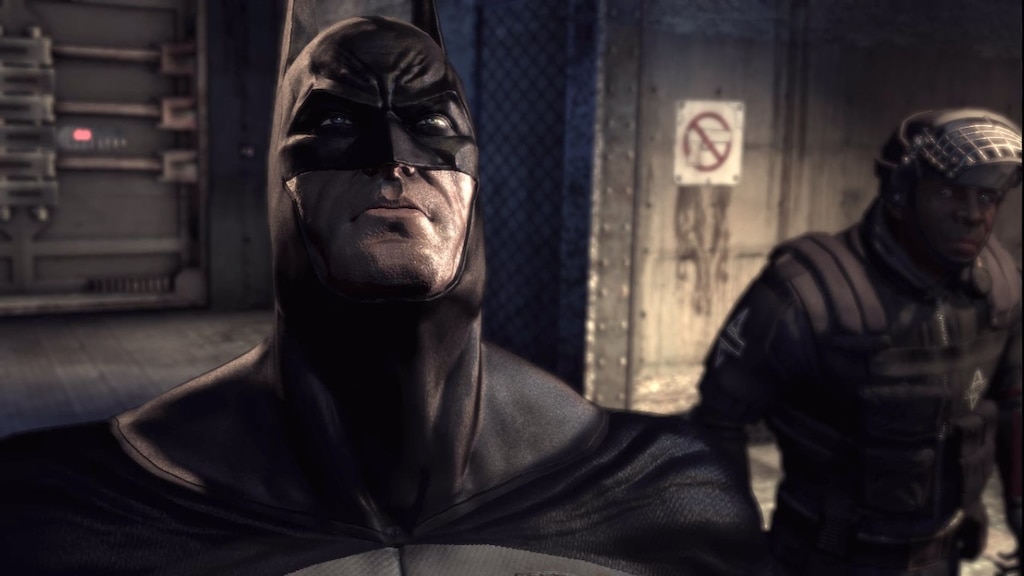 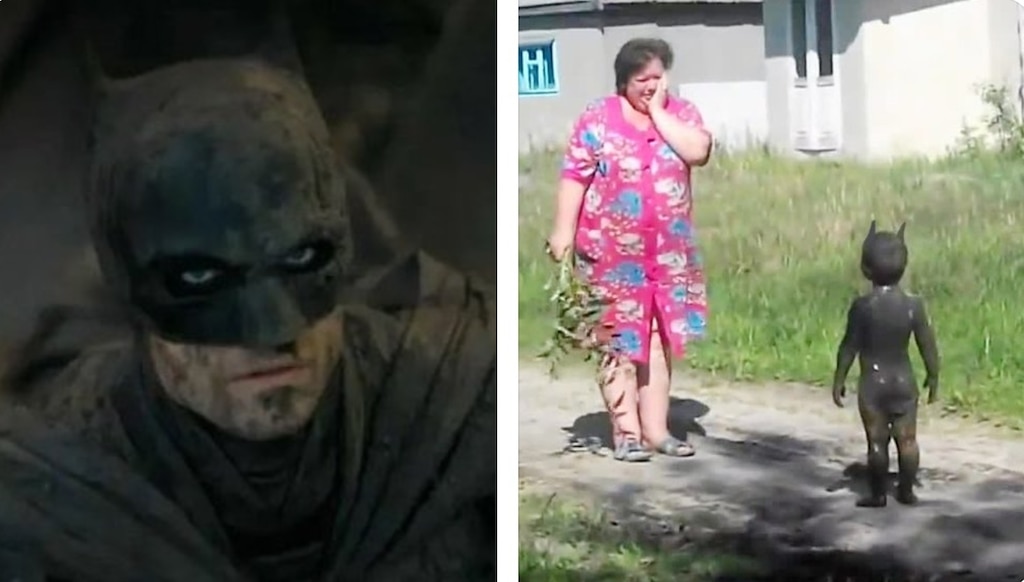 Empfohlen
41.4 Std. insgesamt
Produkt kostenlos erhalten
Batman: Arkham Asylum – Game of the Year Edition
...is a third-person beat'em up with stealth. Having just captured the Joker, Batman brings him back to Arkham Asylum, only to see him immediately escape captivity and take over the island, having planned his return all along in order to set a trap for Batman.

⚙ Game Description & Mechanics ⚙
A modern brawler that perfected the hit-and-counter style originally popularized by games such as Assassin's Creed, your goal in a brawl is to time your hits, blocks and counters just right, jumping from one opponent to the next. Control is pretty intuitive and simple to master, and you can easily take on a horde of enemies after a bit of practice and stack up combos with dozens of consecutive strikes, although some opponents with knives and shock sticks forces you to change your tactics.

You initially are limited to your basic batarang, grappling hook, and gliding cape, but unlock more gear as the story progress, including explosive gel, cryptographic sequencer, zipline launcher and remote control batarang, as well as upgrades to your existing gear such as the batclaw. You can further upgrade your gear, armor and fighting style through Waynetech upgrades, unlocked through XP points from fighting enemies (more points with high combos) and finding collectibles and Riddler Trophies.

☺ What I enjoyed ☺
It's the game that showed it was possible to take movies and television IPs and turn them into hits. Up until then, most attempts were mere half-assed attempts at cashing in on the latest trend. But the makers of this game really took it to heart, melding an environment that was originally described as halfway between Christopher Nolan's Batman movies and the classic Batman Animated Series. Sure, you don't need to be a die-hard Batman fan to enjoy this game, yet it's shock-full of fan-service references.

There's much more reliance on stealth than later games of the franchise. Most fights are in closed space, rooms with air ducks, wall-mounted gargoyles, floor panelling and walls can blow up, while goons armed with machine guns patrol. At first, they casually walk around, until they find the unconscious body of your first victim. From there, they start getting nervous, pairing off as they search for you, calling you out as their panic levels rise. You get to be the Batman they fear so much, the shadow that haunts them!

Story progression may be linear, but the map doesn't feel too confined. There is a reason you're limited to specific areas at first, certain story events shut some passages or open new ones. Additional paths open as you unlock further gear, new pathways open to you: The explosive gel will allow you to blow up walls and floors, the batclaw will allow you pull open a wall-mounted air duck to access it, etc., and there are plausible story elements explaining why you don't get specific gear until you do. Eventually, you can pretty much travel anywhere on the island and to any building of the asylum complex.

☹ What bothered me ☹
Returning to Batman: Arkham Asylum over a decade later shows how far games have gone when it comes to graphics. Character models, especially outside cutscenes, aren't great. The only thing that moves on Joker's face is the mouth, Harley Quinn's hair look like they're made of plastic, in-engine cutscenes are stiff, textures are low definition. Even the animations for the fight don't feel like they connect: down kick an enemy, see your foot clip through their leg, and then watch the enemy bounces upwards while clutching their... head? It all aged very badly.

Combat, while impressive at the time, really has no variety. There's one button to hit, one button to block, you just combine it with the right direction on your gamepad or keyboard to strike or block the right baddie without really developing any technique or skill. Sure, you get to throw the occasional batarang in your combo, perhaps a body throw if you time it right, but mostly you'll just punch your way from one guy to the next, perhaps jump-kicking instead if the target happens to be slightly away. All that ninja-style brawling really is nothing but fluff.

My Verdict: ★★★★☆ - "Next on your list!"
I hope I didn't appear too hard on this game, because it is actually great! My strongest recommendation will be to those who haven't played the later games, as those simply build upon this one and expanded on it, but there's something special about going back to the game that started it all! Definitely worth playing, before the sequels if you can!

If you found this review helpful, please consider giving it a thumbs up, and feel free to check out more of my (purely opinionated) reviews. 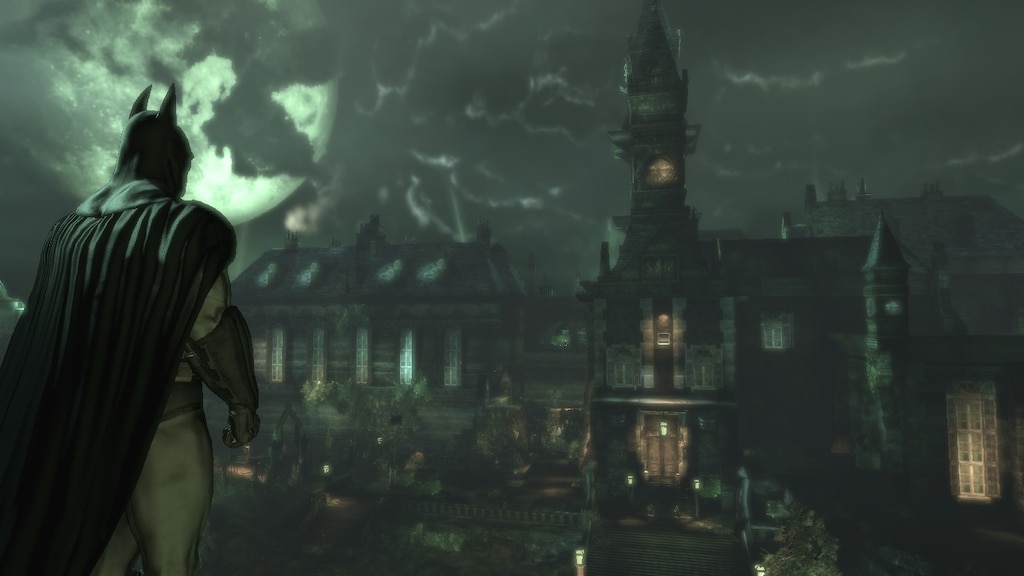 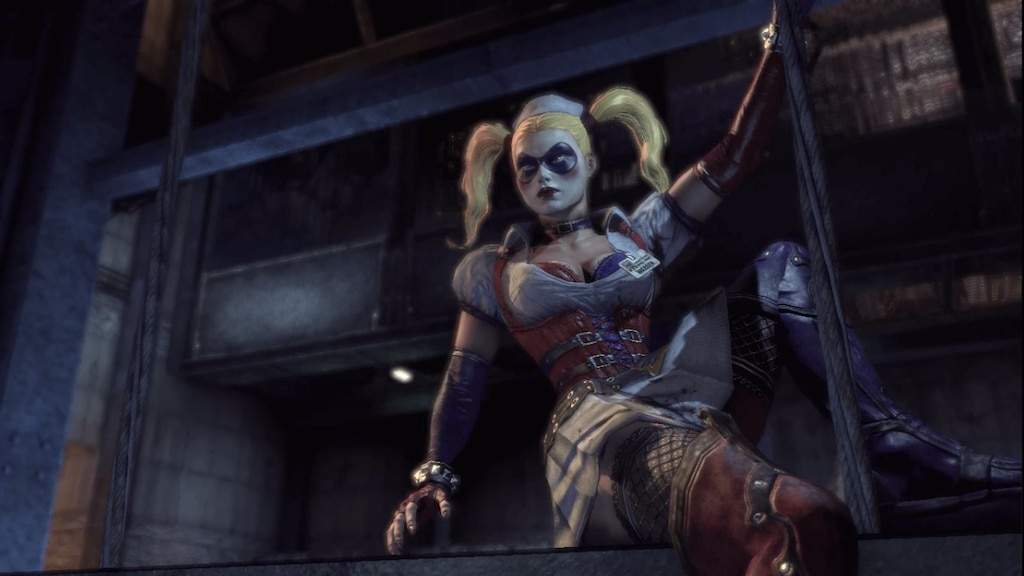 Achievement Checklist: Batman - Arkham Asylum
A Cynical Checklist: An Achievement Hunter’s list of all 47 Achievements to be earned for 100% game completion. This is simply a list of Achievements ordered thematically & is the first thing I create as a reference before I attempt to 100% any game. Print
29 Bewertungen 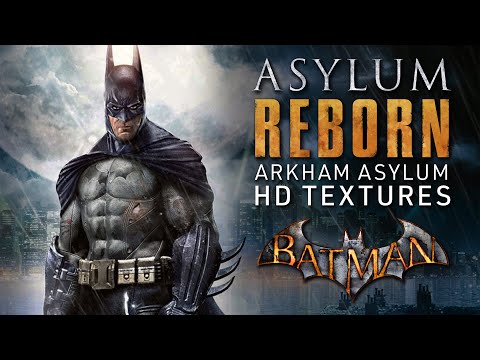 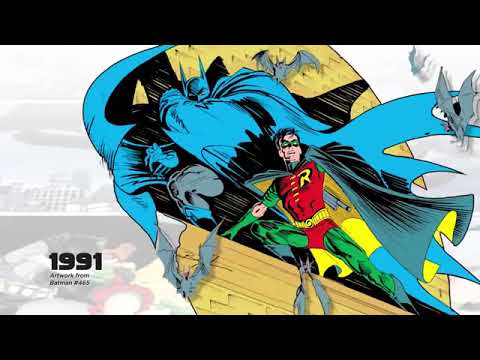 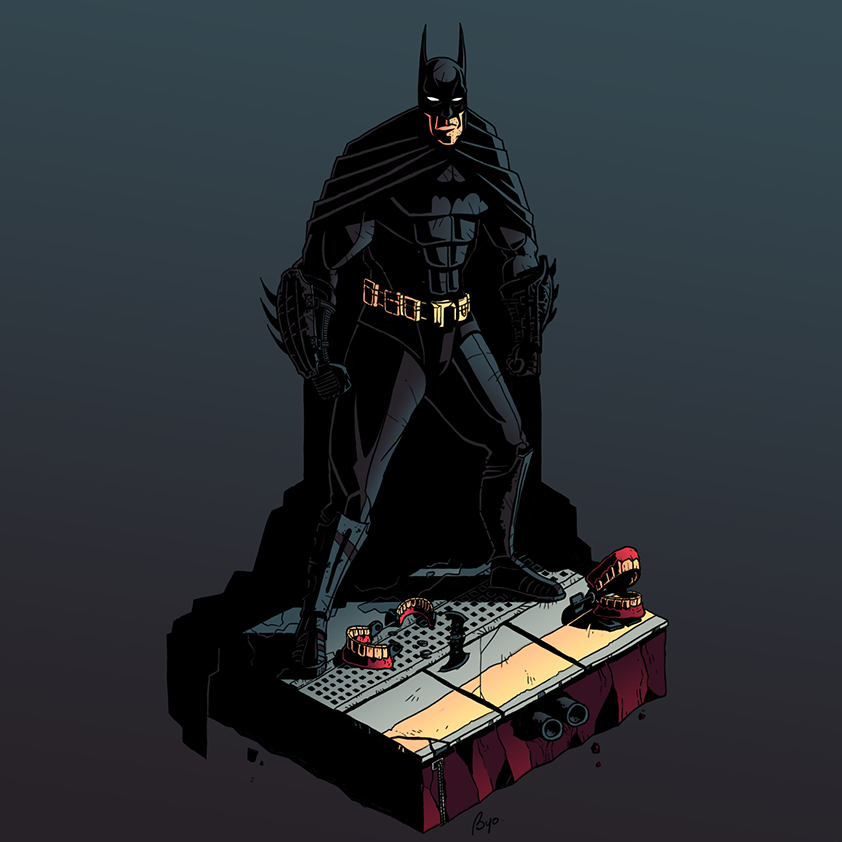 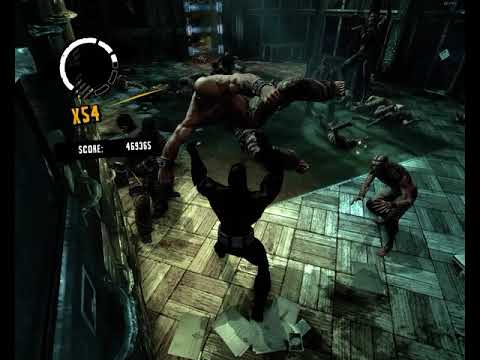 Empfohlen
16.8 Std. insgesamt
One of the best games I ever played. This is the definition of how a Batman game should be.

An Ordinary Rock
Alle Guides anzeigen
Can’t find the answer for PhysX and 2080 Ti
Hello everyone, Can I run high PhysX on a 2080 Ti in Asylum and City?
1

Sgtkeebler
Vor 3 Stunden
Allgemeine Diskussionen
Got windows 11, game doesn't launch anymore
When I click play, not even the game launcher comes up. It says "STOP" for a few seconds, then closes and gives the option to "PLAY" again. Anyone know how to fix this?
13

ExplodingPizza
14. Mai um 15:00
Allgemeine Diskussionen
Controller Help
Does anyone have a mod or a fix that would let me use my Series X controller? I'm a relatively new gamer and it's all I have
10

JosephCoffee
7. Mai um 16:40
Allgemeine Diskussionen
I cant get any progress in the game, beacuse of a bug in the 1st door
when i launch the game it wont have any sound in the menu or the gameplay, i have windows 11 and i already tried a lot of things and anyone worked, so if someone knows how to fix this i would appreciate,thank you
15