Store Page
View Stats:
Global Achievements
Show
All News
All News
Syndicated News
Official Announcements
v1.34.0.2 release - Ship selection menu improvements and BZ1 updates
Nov 23
A new update has been released for BlastZone 2! (v1.34.0.2) The primary updates in this release are improvements to the ship selection menu. Now, the next and previous ships are displayed at the top of the screen in a muted form with their shortened names. This visualizes the full roster of ships to choose from, while keeping the currently highlighted ship more prominent. The color of the currently selected ship and arrow selectors has been changed to yellow as well to maintain a consistent color scheme across all menus. The local multiplayer ship selection screen has been updated as well with similar updates to color and ship list.

This update also makes a few changes to BlastZone 1, upgrading it to v1.4. This includes a fix for a rapid fire laser exploit and slightly reduced enemy speed.

This update includes a few smaller updates as well. Here are the full release notes for v1.34.0.2:
As usual, to make sure you have the latest update, launch the game and check the lower left corner for “v1.34.0.2” or higher. Enjoy!

BlastZone 2
7
1
v1.34.0.1 release - Bug fixes, better bullet layering - Radeon driver bug fixed
Nov 10
A new update has been released for BlastZone 2! (v1.34.0.1) This is a maintenance release, focused on bug fixes and optimizations. The biggest fix addresses player bullets being invisible for Radeon graphics cards using drivers 22.7.1 or later. This is because 22.7.1 and later use a brand new, rewritten OpenGL driver, which greatly improves performance, but also has a few bugs. Thankfully, some bugs were addressable on the game engine side.

There is also an antialiasing bug causing graphic corruption in this game when using Radeon drivers 22.7.1 and later. More information and workarounds are listed below. Nvidia/Geforce graphics cards and drivers are not affected by this issue.

**UPDATE** The latest Radeon driver 22.11.1 fixes the antialiasing graphic corruption bug! Anyone using Radeon drivers 22.7.1 or later should update to 22.11.1 or later to fix this issue.

BlastZone 2
11
4
New lobby system for Steamworks Multiplayer; Migrated to new SteamNetwork API
Sep 17
A big new update has been released for BlastZone 2! (v1.34.0.0) This update adds public lobby support for Steamworks multiplayer games via Steam Matchmaking. Now, anyone can create a lobby and any player can join it. Lobbies are restricted to 2 players each, and players must be within the same region. This was all built using the Steam backbone and server infrastructure, so it is pretty robust. This has been a hotly requested feature, so I hope everyone enjoys it! Inviting players through the Steam friends list is still available for those to wish to use it.

Also, this update migrates to the new SteamNetworking API for Steamworks online multiplayer games. The previously used Steam Networking communication is deprecated, so migrating to the new version ensures no interruption in Steamworks multiplayer game access. There are also upgrades with the new network communication API that improves responsiveness and consistency of gameplay.

There are a few Steam Friends bug fixes as well. Here are the full release notes for v1.34.0.0:
As usual, to make sure you have the latest update, launch the game and check the lower left corner for “v1.34.0.0” or higher. Enjoy!

BlastZone 2
14
2
Bug fixes for the Steam Deck with other fixes and adjustments (v1.33.3.1)
Aug 4
A new update has been released for BlastZone 2! (v1.33.3.1) This update focuses on bug fixing for the Steam Deck, which is now a supported platform for the game. All known bugs for the Deck being fixed as of the release of this update, but any bug reports will be greatly appreciated. The list of bug fixes include muted sound, frame hitching, and graphic corruption.

With this update, BlastZone 2 works very well on the Deck at max detail. However, the game has yet to be officially verified by Valve, and submissions are not open to all Steam games yet. This game will probably be reviewed by Valve eventually, but unfortunately the timeframe for that is unknown. Until then, feel free to play the game on Deck and have fun!

Some of the bugs fixed may apply to other systems as well, as some of these issues have been reported in the past, but were never reproduced internally until having a Deck on hand to test with.

This update also fixes an occasional hang issue for background explosions, and updates the design of Mission Area 2 and 6. There are a few other smaller changes and tweaks for this release as well. Here are the full release notes for v1.33.3.1:
As usual, to make sure you have the latest update, launch the game and check the lower left corner for “v1.33.3.1” or higher. Enjoy!

BlastZone 2
10
1
Improved enemy bullets and ship selection screens (v1.33.3.0)
Jul 18
A new update has been released for BlastZone 2! (v1.33.3.0) This update completely reworks how enemy bullets are rendered, greatly improving performance. The most impact will be noticed for the final boss of mission mode, which has the most enemy bullets by far. The amount of performance gained has a wide range, based on CPU speed. The most performance is gained by very slow CPUs, such as dual core netbook-class CPUs, which can be up to 50% or higher for the final boss scene. Moderate to lower end quad core CPUs gain less performance, but still quite substantial, at about 20% or so. The least performance is gained by modern, higher end CPUs with more than 4 cores, which can be around 2-3%.

From these performance gains, enemy bullet trails are now always rendered at full quality, even when numerous bullets are on screen. Previous versions would significantly reduce bullet trail quality for the final mission boss. 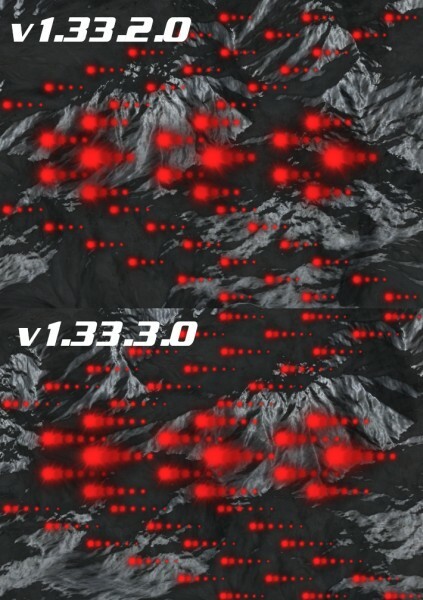 This update also adds weapon icons for all ship selection screens, including the single player, local multiplayer, and online lobby screens. These screens have also been rearranged to make use of them better. This makes it much easier to see the kind of weapon loadouts and hyper loadouts each ship has at a glance as you scroll through. 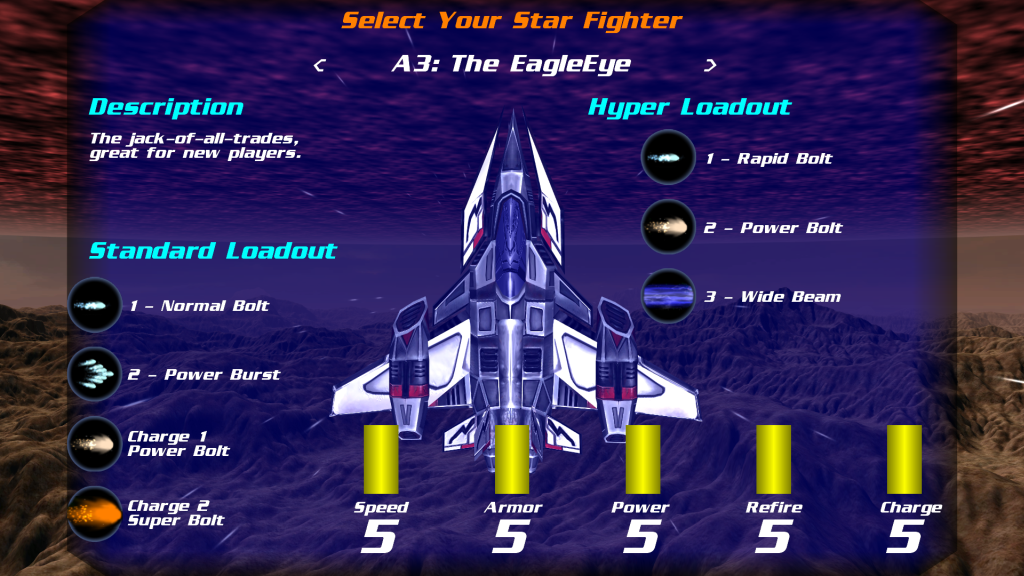 BlastZone 2
12
0
Training Mission Mode improved for new players and other improvements(v1.33.2.0)
Jun 24
A new update has been released for BlastZone 2! (v1.33.2.0) The primary improvement in this update makes the Training Mission mode more accessible for new players by slowing down the gameplay by 25%. This includes enemy spawn timing, movement, firing rates, bullet speed, bosses, and the environment camera. Player ship movement remains the same though. Player testing has been done and this was identified as a key area to help newer players get up to speed on the game. This also helps align the experience with Training mode of other game modes, as they already have a slower gameplay speed.

This update also contains numerous small optimizations around the whole game that amount to roughly a ~1% performance boost. In addition, a lot of work has been done under the hood in the rendering system of the game engine, upgrading how it operates. This allows for the possibility of big new features to be developed in the future, but they will be announced at a later date. The updates done so far will have no noticeable impact when playing the game.

BlastZone 2
11
1
Added mouse cursor lock and bug fixes (v1.33.1.0)
Apr 9
A new update has been released for BlastZone 2! (v1.33.1.0) This update adds new mouse cursor lock functionality to the A1 ship. This means if mouse controls are used for this ship, it will always be in the precise position the mouse cursor is. In the hands of a skilled player, this allows for a degree of precise movement around bullets and hazards that otherwise was not possible. The reason why only the A1 ship received this upgrade is because of difficulty balancing. The A1 ship has the weakest armor and weapons, but the fastest speed in the game, so it fits this play style. Giving any other ship this capability would break the game. All other ships will continue using their original mouse behavior, which follows the mouse cursor at the highest speed each ship is capable of moving. A new display has been added to the ship selection screen to show which ships support mouse cursor lock or not, but is only shown when mouse controls are enabled.

This update also includes a few rare crash fixes, mouse button fixes, and particle alpha value clamping fixes. Also, there is a general performance uplift of about 1%. More details are listed below in the full change log:
As usual, to make sure you have the latest update, launch the game and check the lower left corner for “v1.33.1.0” or higher. Enjoy!

BlastZone 2
13
3
Full localization support added, 11 total languages now supported (v1.33.0.0)
Nov 27, 2021
A big new update has been released for BlastZone 2! (v1.33.0.0) This update completely reworks all text displays in the game to support localization. Alongside this update, 10 translations are being added to the game, bringing the total to 11. Localization support has been a highly requested feature for a while now, and this will make the game accessible to a much greater audience. It was a huge undertaking to upgrade the underlying engine to support this, as well as all the translation work for each language.

The languages released so far include English, Spanish, French, Italian, German, Portuguese, Polish, Japanese, Korean, Chinese, and Russian. More may be released in the future on request. Also, please let me know if errors are found in any of the translations and they will be promptly corrected. A lot of time went into checking over each translation, but it’s possible a few errors got through anyway.

The localization system uses a new discrete language data file that can be updated separately from the main game binary. Translation corrections can be done, and entirely new languages can be added to the game just by updating this file. Updates of this nature can be quickly released, without having to wait for a new stable binary update.

BlastZone 2
19
1
Native 64 bit support and optimizations (v1.32.7.3)
Aug 6, 2021
A new update has been released for BlastZone 2. (v1.32.7.3) The biggest update in this release is that the game executable is now built as a native 64 bit binary, eliminating the need for a 32 bit compatibility layer. Advantages of this include faster loading times and a much higher memory usage limit. To use the new 64 bit version, no special action is needed besides the usual Steam game update, it will auto detect which version is best suited for your setup. That means 32 bit systems are still compatible with the game, and those users will receive the 32 bit version of the latest game update.

This update also includes lower memory usage during loading screens and a 1-2% performance boost. More details are below.

**UPDATE** - A 64 bit compatibility issue has been reported for Windows 7, so the 64 bit version of v1.32.7.3 has been disabled while the issue is looked into. All users will use the 32 bit version for now until the issue is resolved. Apologies for any inconvenience.

**UPDATE #2** - The previously mentioned 64 bit Windows 7 compatibility issue has been fixed and update released. The native 64 bit version has been restored as well. If you have problems starting the game under Windows 7, please restart Steam to ensure you have the latest update.

BlastZone 2
17
3
Maintenance release (+Hotfix) (v1.32.7.2)
Jul 23, 2021
A new update has been released for BlastZone 2. (v1.32.7.2) This is a maintenance release, including reduced hitching for large particle counts, and a rare multithreading crash fix. Also, this update migrates to the latest version of the LibPNG library used for texture loading.