Mission04 (“Night Terrors”) is our first nighttime mission, and takes place in the Small Town map, after the initial outbreak, when the human military first confronts your growing zombie infestation. The boots of heavily armed soldiers echo through the shadows, pools of light emanate from street lamps and spill from the brightly lit shop windows. Some citizens seem to be easy prey, but many are now armed. Hey, what zombie doesn't enjoy the night?

Mission05 (“Breakthrough”) introduces the Tank Zombie to the story, as well as a new destructible that requires the use of a Tank Zombie to successfully complete the mission (we’ll leave it up to you to discover that particular destructible). Okay, actually, it is possible to brute force your way through the mission without taking advantage of the new destructible, but it’s waaaay harder, and not really recommended. This is the first mission map to use the Warehouse District set of graphics, much of which will be familiar to those who have already played the skirmish maps. The Warehouse District maps are neither night nor day, but instead are set in a kind of eternal post-apocalyptic gloom - the kind of thing that drives human survivors slowly insane for lack of a proper day/night cycle.

Undead Overlord
11
2
Alpha1.14
Nov 1, 2014
Happy Halloween! Alpha 1.14 is here, and this latest update means more zombie chaos coming your way from Dimension Z. Tuning passes for Mission03 and Skirmish01, and a whole new Skirmish02 map lead the way, but new art, new sounds, new hotkeys, a new destructible, gameplay improvements and a bunch of squashed bugs round out the patch.

Undead Overlord is also part of the Steam Halloween sale, and the game is 15% off for the weekend. That means now is a great time to pick up a copy or infect, er, that is - tell that zombie-wannabe friend!

Still on the roadmap coming up we’ve got new missions, a more powerful sandbox mode, engine upgrades, and more meat sacks to munch! We hope you enjoy, and as always, thanks for being on this Early Access ride alongside us.

~The Undead Overlord and Team 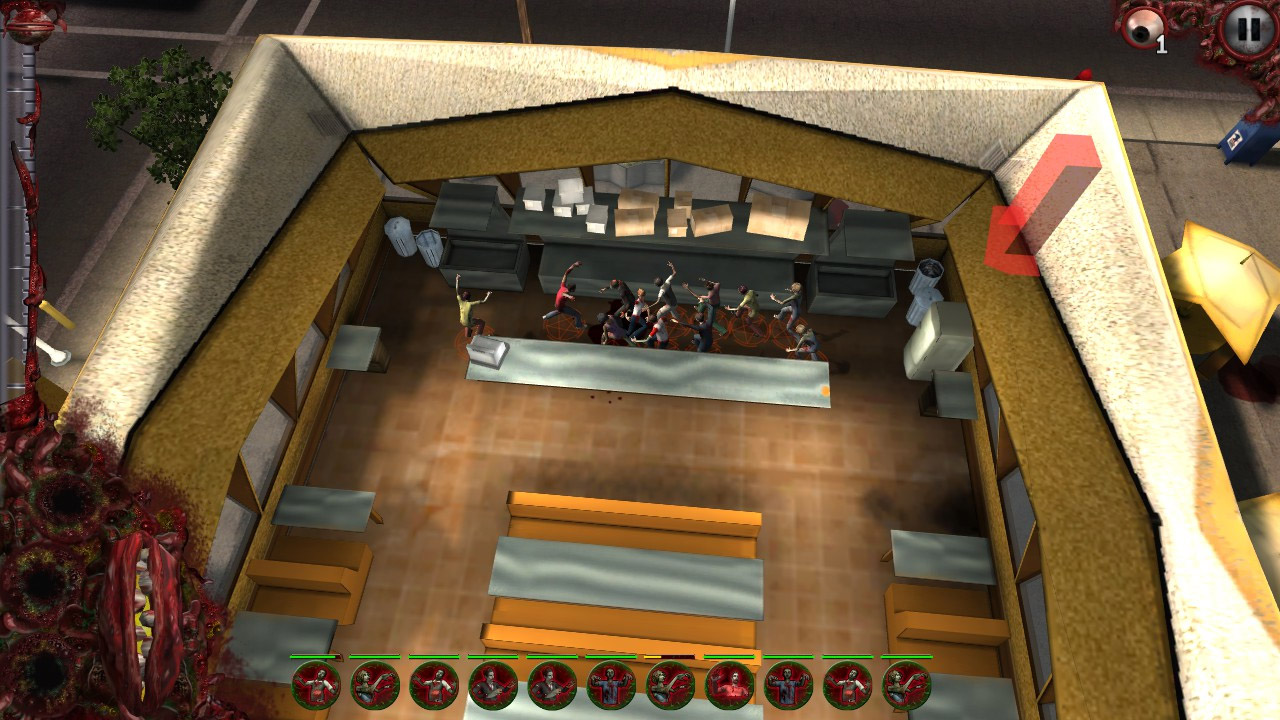 After having survived visits to the ER (don’t ask), and travelled to distant Seattle to grow our brains by attending Unite 2014 (and PAX!), the Undead Overlord team is excited to bring you our third update since launching the game on Early Access. We’ve listened to what you, the community, have had to say - and we’ve responded with some key additions. We’re also continuing to explore the world of zombie chaos, of course, with ongoing iterative and experimental tuning.

The big addition is a brand spanking new minimap to help you keep track of where you are in the map, and to help you hunt down those pesky hidden humans with the tingling of your “zombie spider sense”. Just seeing all those tasty human units light up on the minimap would make our mouths water - if we had any saliva left in our shriveled, desiccated maws . . . 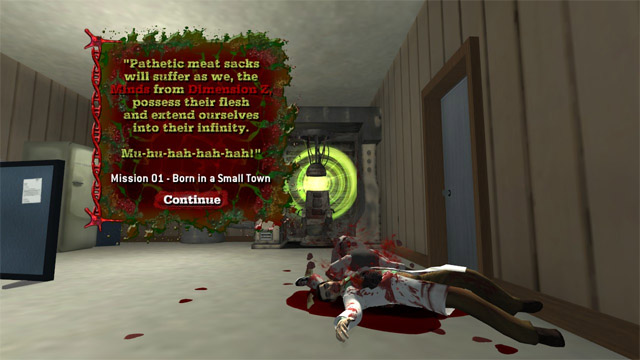 Humans will now lose stamina over time when running, and will regain it otherwise. They’ll even start limping away in desperation after enough abuse - making them much easier to catch and kill, especially the civilians. Zombies are also more resistant to gunfire, and only high caliber rounds will be able to stop your Grunt Zombie units in their tracks.

Another addition, and a direct request from the forums - you are now a more powerful Undead Overlord. That is - you can now exert more control over your zombie minions. Want them to stay put, no matter what? Use the new Hold command by pressing the hotkey “H”. Want your zombies to attack anyone that they might encounter on the way to where they’re headed? Just use the new Attack-Move command by holding down the left-ALT key when issuing your regular move command with the right mouse button. Your horde, assuming they survive, will still go where you direct them - but they just might diverge from the path for a tasty snack (or to make some new friends!) along the way.

Last major change - the map for Mission02 has been doubled in size, filled up with a bunch more tasty meat sacks, and that whole mission design has been retuned appropriately.

And, of course, there are some smaller additions, and some additional tuning - and a whole batch of bugs got squashed, too. Check out the forums for the complete release notes.

Undead Overlord
9
10
Alpha1.12
Jul 26, 2014
One week into Early Access and we’ve got a second update for you. This one is mostly filled with bug fixes (tons!) and tuning - highlights include a kinder, gentler Mission 02 (slightly), and more responsive zombies (less affected by gunfire). We’ve also cooked up some gooey new art for the the Speed Zombie’s special attack, installed a vortex to Dimension Z, totally reworked the way special attacks work with more than one unit selected, and added new audio to the stats screen and a few other spots.

Check out the forums for the complete release notes.

Our first public alpha went live on Friday, and we’ve just published our first patch (of many!) If you’re interested in trying out some of the game so far, and contributing to its future direction and development, check out our page on Steam.

Our launch sale of 15% off will run until this Friday. 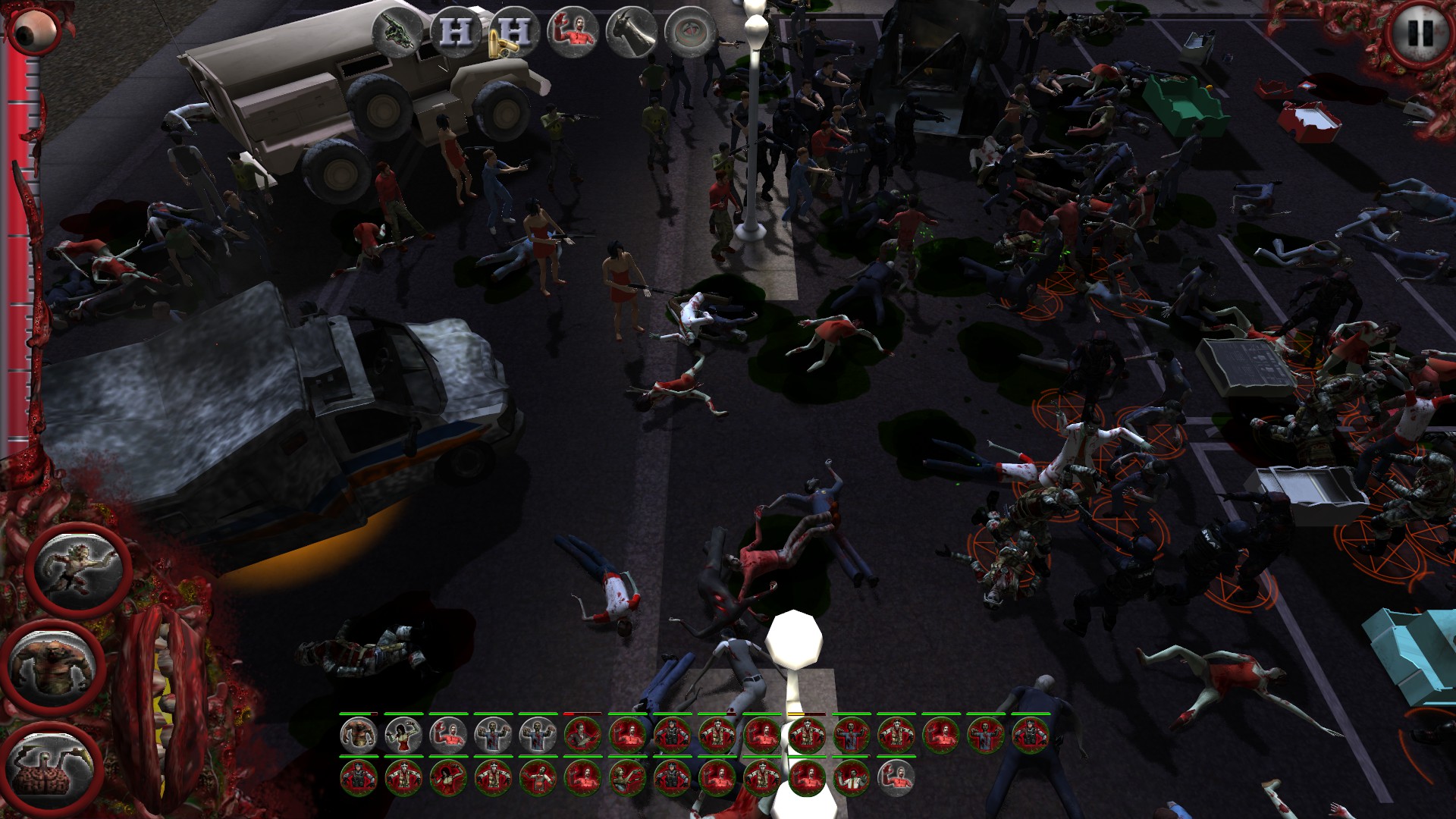 Letting our undead baby out into the wild has been exciting, a little terrifying, and most of all amazing as we watch players come up with creative strategies or crazy antics in the alphaTest map. We’re also taking feedback of all stripes to heart!

Thanks for your support - see you in Dimension Z!

Undead Overlord
10
2
Community Hub is undead! Now with extra artwork . . .
Jul 3, 2014
Our concept artist Dave Reyes is posting some of his cool concept art in the Undead Overlord community hub today - come on by to check it out and say hi!