Aperture Tag: The Paint Gun Testing Initiative is a Portal 2 Mod. It's time to think with Gels! The Portal-Gun is gone, but the testing must go on! Grab the Paint-Gun Device and solve brand new test chambers in ways you've never solved them before!
$4.99
Shopseite besuchen
Die beliebtesten offiziellen und von der Community erstellten Inhalte der letzten Woche.  (?)
5$ for recycled levels?
Are you serious?
6 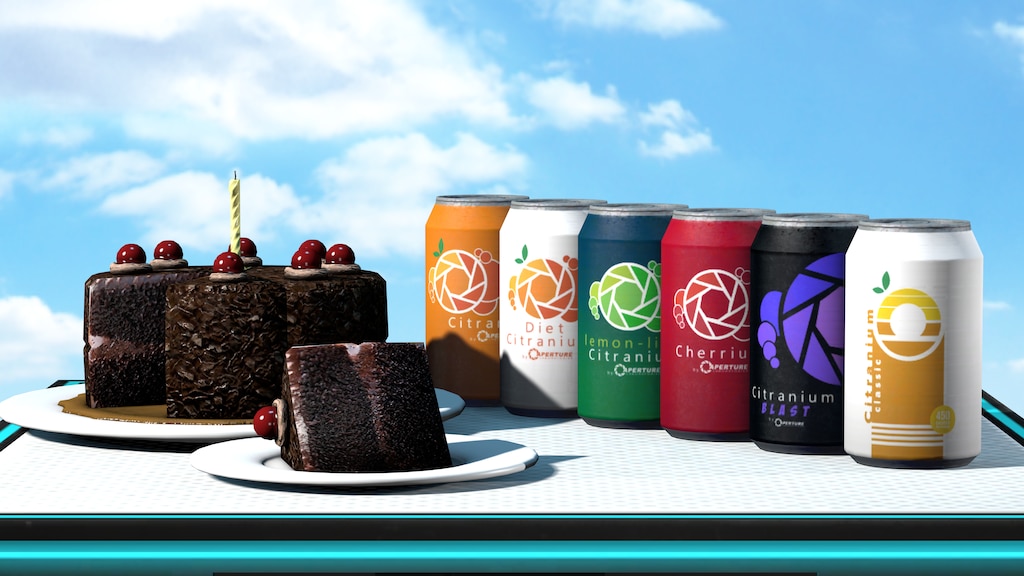 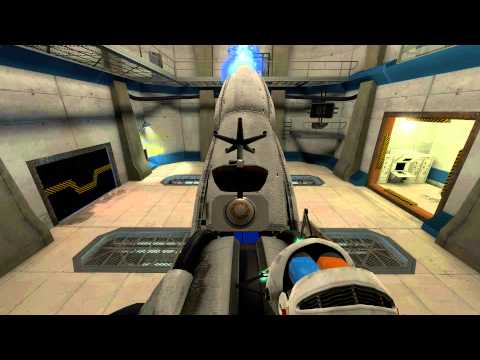 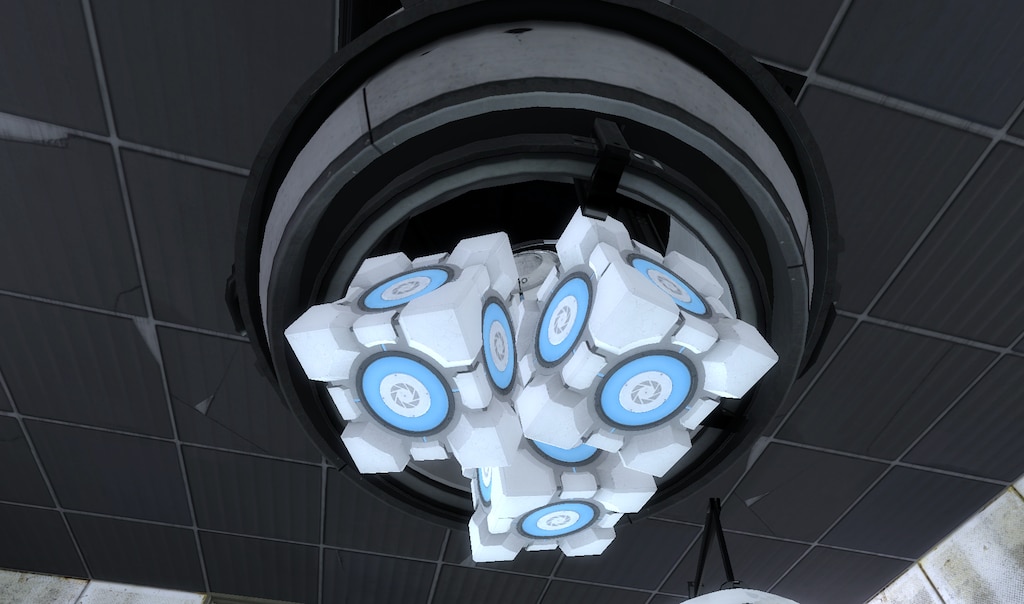 4
114
Did anyone notice, that there is a core in the vacuum? 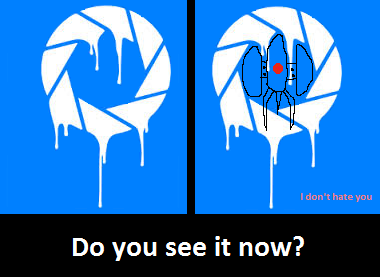 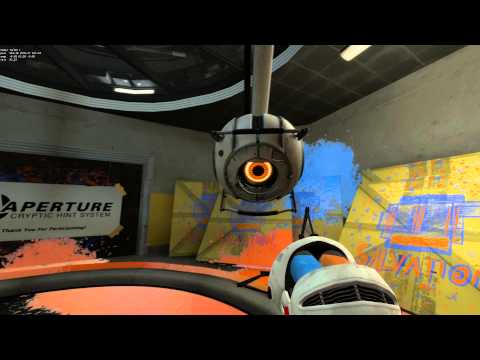 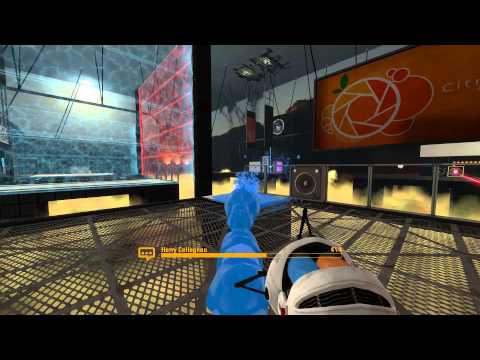 All the Easter eggs guide
Hi, this is an guide for getting all the possible easter eggs on Aperture Tag, and some other stuff like secret areas.
142 Bewertungen

Aperture Tag: Alternative Ending Tutorial
A quick video tutorial on how to get to the alternate ending button in the last chamber. Just line up your jumps similar to my positions and you should be alright. https://www.youtube.com/watch?v=GrihaYmaBpM&feature=youtu.be
78 Bewertungen 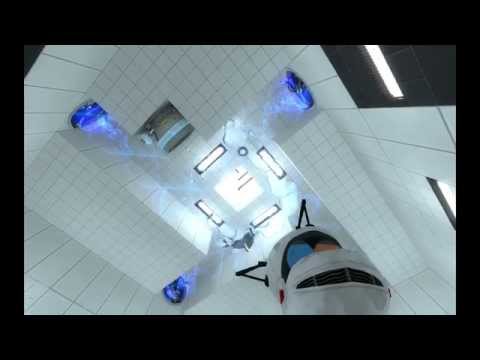 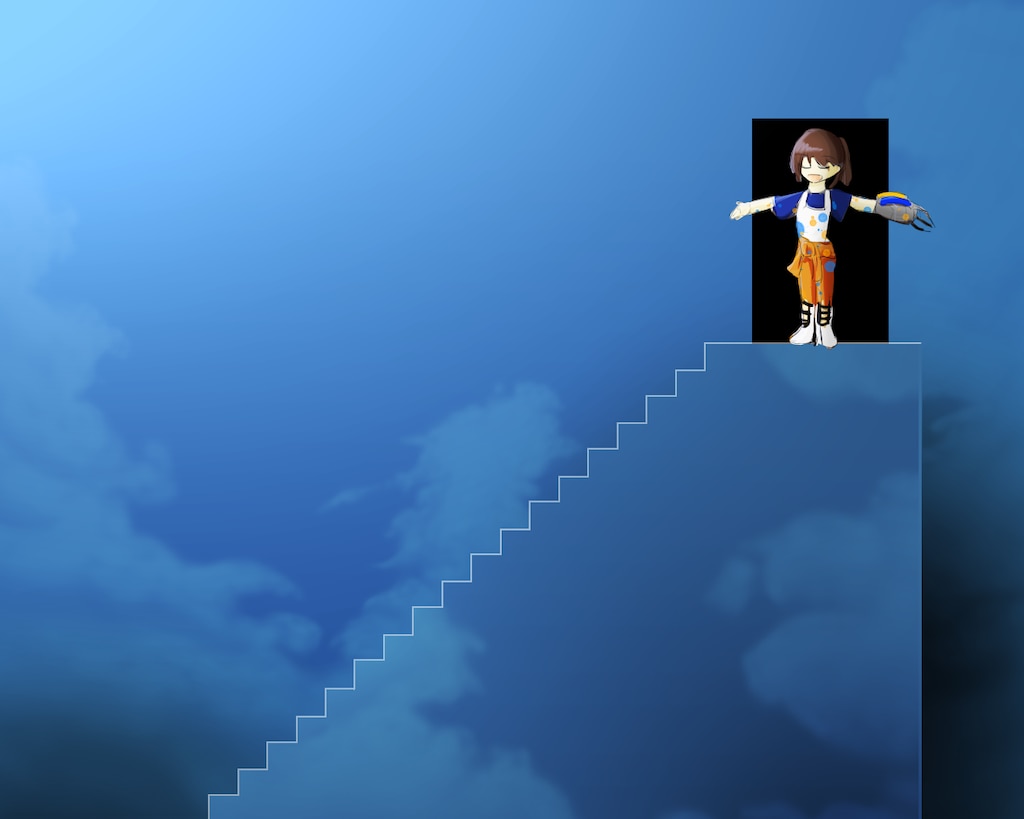 Aperture Tag: TPGTI Chamber Walkthrough - EVERY Chamber Covered + BONUS Ending!
Are you stuck on a chamber? This guide has you covered! I Let's Played the game and added time marks so you can skip ahead and find which chamber is giving you the most trouble and solve it!
71 Bewertungen 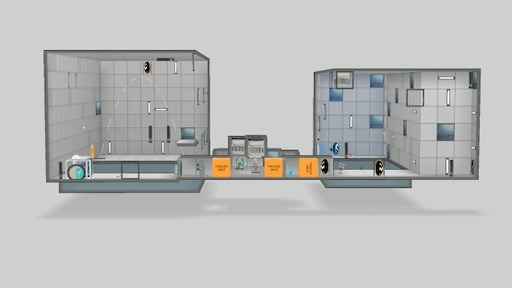 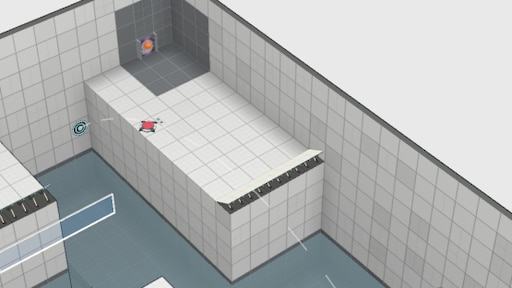 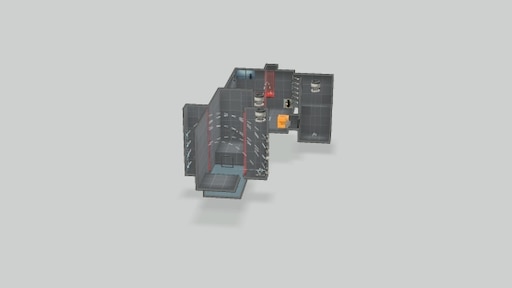 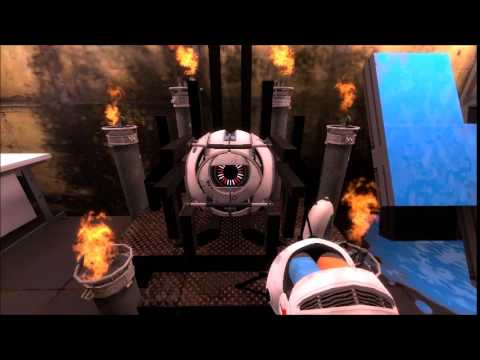 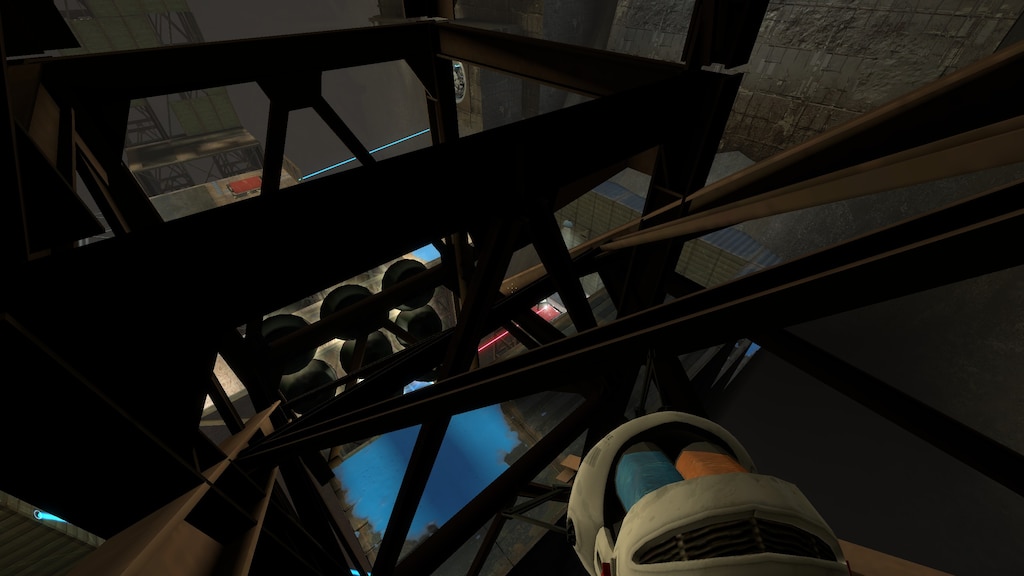 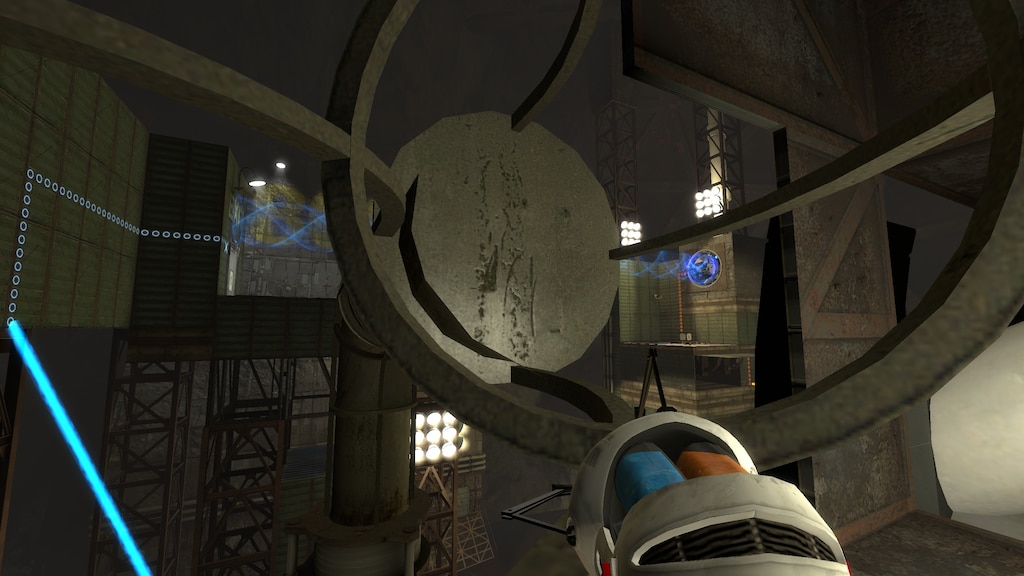 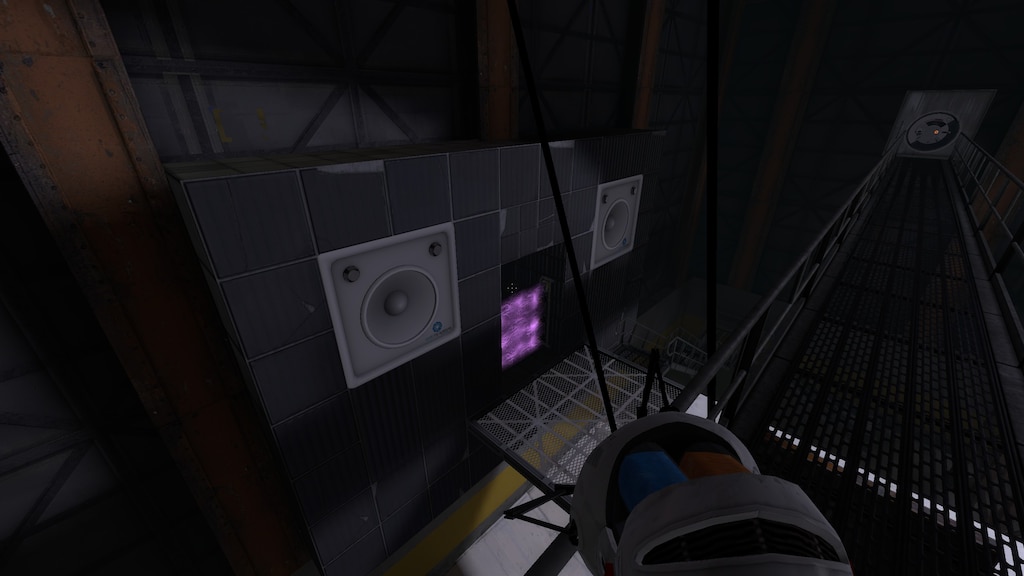 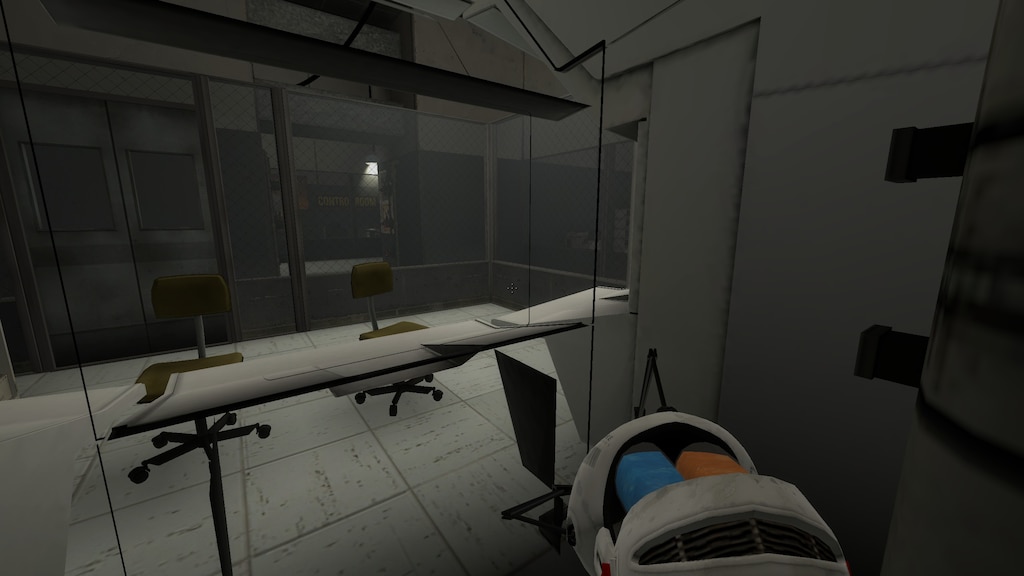 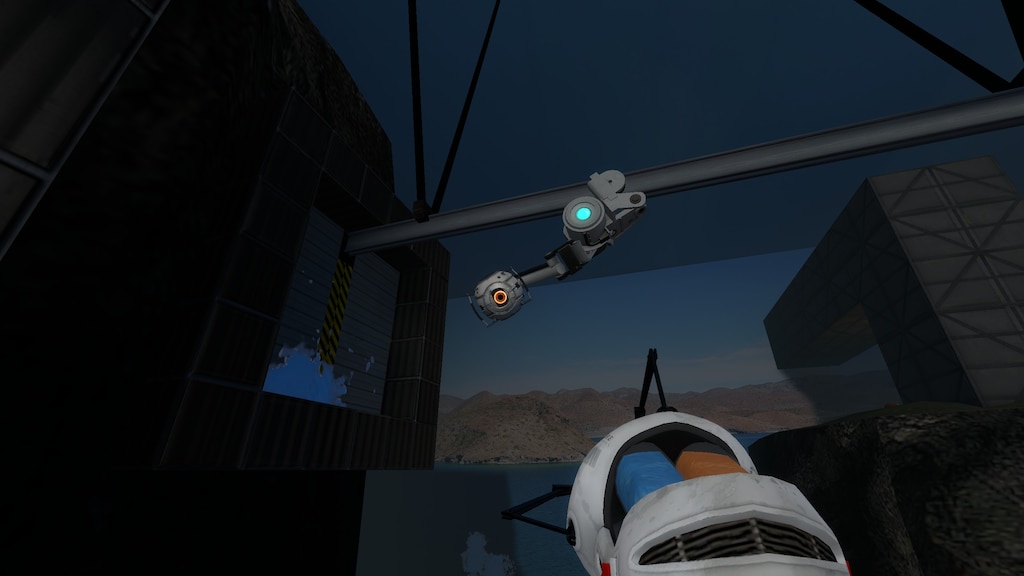 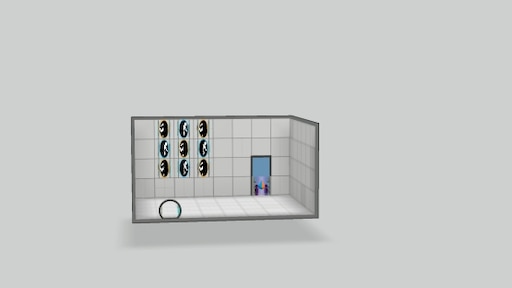 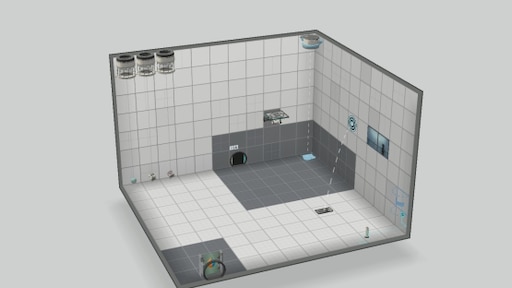 Yrii999
1. Mai um 17:51
Allgemeine Diskussionen
Crashed after introduction logo
I've seen few threads similar this, and I've commented one and seem, its old news. So I'll post a new thread, hopefully to get respond better. Exciting to play Aperture Tag, but disappointed that it kept crashed after introduction logo shown. And I've done verify the game cache, and copy/paste bin folder to Aperture's. Both of them. Aperture Tag and aperturetag. Same as one comment's instruct. And nothing works. Getting frustrating here, is there any solution? Hope to hear about it soon, thanks :)...
110

Phoenix
1. Mai um 17:52
Allgemeine Diskussionen
Thank you for abandoning this game, devs. :(
The fact that you left this game with so many bugs and glitches still, haven't answered recent discussion posts, and still ask for money, it impresses me. When I got this game on sale, and seeing the "very positive" status on reviews, I thought maybe things got fixed since I last heard about it years ago. Nope. Still a mess, with lighting rendering errors, no more dev support, and still charging money, while Portal Stories Mel is completely free, and offers more hours of gameplay, more story, and just fa...
19

Nicht empfohlen
6.3 Std. insgesamt
This should have been a free mod. It's not good as a game - enjoyable, mostly, but it's obvious this is a mod in just about every respect, and would be a horrible game if you hadn't played Portal 2 before.

One of the great things about Valve games is the way they bring in new concepts. They start out small, with a simple demonstration, then allow you to get your hands on it in a low-risk environment before throwing you to the wolves. It's so seamless that you don't even realize it's happening until you listen to the developer commentary and read about Valve's game design philosophy.

It's so successful that many other studios have taken notes and implemented the same strategies. Sadly, Aperture Tag is a game that was designed without thinking critically about what made Portal 1&2 so great, and it shows.

The Interface
One really annoying aspect of Aperture Tag is how they butchered the save/load system.

They built this game on Portal 2, so any changes in the main menu were ones they had to go out of their way to implement. In Portal 1&2, you could easily pick what save to load from. In Aperture Tag, if you are in the game, you can only load the most recent save, whereas if you are at the main menu, you can only load the most recent autosave. What this means is, if you exit the game after manually saving it, when you restart it, unless you are willing to open the dev console or rename files to make your manual save seem like an autosave, you will have your progress reverted.

A good example of this is in chapter 4 chamber 7. There is a platform you have to get up to in order to catch an Edgeless Safety Cube. If you get up there by using the gels and bouncing your way onto it without first turning on the Hard Light Bridge, congratulations, you're stuck (you can't put gel on the platform you just landed on, so there's no bouncing back where you came from). And the game just autosaved, so the only way out is to open the console and hope “load autosave01” will save you, otherwise you might as well just reload the map.

One time, in that same chamber, I overshot that same platform and landed in the toxic sludge (and died). The autosave occurred while I was in midair, which meant I had to open the console and manually load a previous save to keep myself from continuously falling to my death in the toxic waste below.

This game has two types of autosave triggers, it seems: ones that work without regard to whether you could complete the level after having gotten to that point (which is really just indicative of poor level design), and ones that are spaced so far apart that if you die between them, you will have lost a significant amount of progress (e.g. the reactor shutdown escape).

Game Mechanics
As I said before, this game was clearly made by Portal fans who did not take the time to understand what made the games so great, especially in how mechanics are introduced. A great example of this is how it does things like introducing deadly elements. In Portal chamber 6 (the first one with a deadly element), we get this:

Ursprünglich geschrieben von GLaDOS:
While safety is one of many Enrichment Center goals, the Aperture Science High Energy Pellet, seen to the left of the chamber, can and has caused permanent disabilities such as vaporization.

That's a humorous way to introduce an element that can kill you. Sadly, Aperture Tag doesn't really understand the purpose of such lines, and opts to skip them entirely, just assuming the player knows "hitting liquid = death" from the Portal games and allows you to plunge to your death in the first chamber without any warning.

Occasionally, however, the game introduces new concepts that weren't present in either Portal game. For instance, in chapter 4 chamber 7, after you have enabled the portal, you have to spray the floor beneath and the ceiling around the blue portal with Repulsion Gel and then bounce between the floor and ceiling to gain enough momentum to shoot through the orange portal to the exit.

I discovered this mechanic by mistake. Most of the levels are somewhat satisfying when you figure them out, but that one just left me annoyed. Imagine bashing your head against the ceiling at ever-increasing velocities to solve a puzzle…that's literally what you're doing here. That's not clever, it's just dumb.

Another interesting aspect is how the game assumes you know how to play it, yet it tries to hold your hand from time to time, calling things out without even attempting to be consistent about it. For instance, in chapter 4 chamber 8, there's a callout for you to press a button (that’s ultimately unnecessary to complete the level). This is the second to last level in the game. If someone hasn’t gotten it by then, I don’t think they ever will.

Dialogue and "Humor"
What is the relationship between the test subject and Nigel?

One of the things Portal 2 really nailed was the relationship between Chell, Wheatley, and GLaDOS. A relationship like this requires some antagonistic rapport, and the way they balanced the silent protagonist against Wheatley the bumbling idiot and GLaDOS the hyper-smart power-mad AI was brilliant.

Even the original Portal did a good job at this, which makes Aperture Tag all the more disappointing.

Nigel's dialogue is mediocre and I feel like it tries to be funny more often than it succeeds. Granted, it's harder to write humor for middle-of-the-road characters, but there were still a lot of missed opportunities, many of which were simply in the delivery of the lines. I'm sure he tried, but honestly, Chris Moral wasn't a good choice for the role.

The rest of the missed opportunities were in the corporate-speak employed by Aperture Science (especially when contrasted with Cave Johnson in Portal 2) and the absurdity of it, which Aperture Tag pays homage to, but why leave it at that? In the reactor shutdown level, there’s a bit about being very specific in how you refer to Aperture products, and yet Nigel never uses the proper terms “Repulsion Gel,” “Propulsion Gel,” or “Handheld Portal Device.” Seems like they must have thought up that bit after everything else and never bothered to check if it would create any continuity problems with the rest of the script.

Also, Nigel’s animations while talking pail in comparison to Wheatley’s, which is sad when you consider how rarely Nigel talks in front of you. You have comparatively little to animate, at least make the on-screen times memorable.

Final Thoughts
Is this game fun? For the most part, yes. I loved the Exotic Location Staging chambers, it fits so well it seems like something that should have been used in Portal 2. And the gel was easily my favorite part of Portal 2, so getting to let loose with it was great (especially in the Portal 2 chambers), but it’s not very consistent in defining what surfaces can be gelled on and some levels are just bad.

You remember the tube rides in Portal 2? The sounds they made, the way they sucked you in? That’s all nonexistent in Aperture Tag, and occasionally your character will somehow get stuck. And given how the game relies on them to take you between most levels and shows you being sucked up at the end of many levels, they could at least show you dropping down when the level loads instead of starting you on the ground.

I also don’t get why chambers have speakers for the ambient music. Portal never felt the need to show the audio source for its music, why does this game feel the need to?

I could keep going but there’s a character limit. TL;DR – a disappointment, even for $5.