Developed by Shinji Mikami -- creator of the seminal Resident Evil series -- and the talented team at Tango Gameworks, The Evil Within embodies the meaning of pure survival horror.
$19.99
Visit the Store Page
Most popular community and official content for the past week.  (?)
【汉化补丁】The Evil Within 简/繁体中文补丁（V10.0）
需要的留个QQ邮箱 人太多了回不过来，直接加我传文件吧：507441372，看到了就回。 使用方法： 1、解压缩 2、复制到游戏目录运行 制作组说明： 基于PS3官方繁体中文版制作 并补翻PC版新增文本 完整汉化...
668 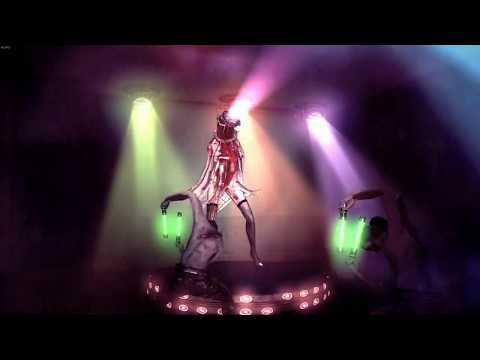 4
19
The Evil Within Easter Egg 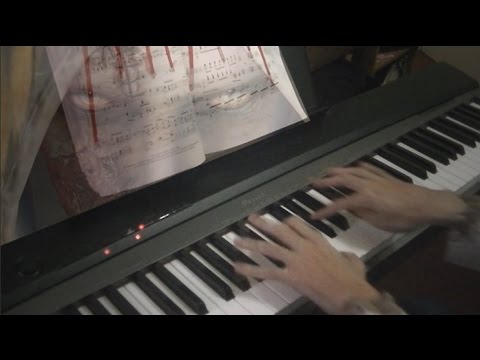 you wanna my banana?
View all guides
Guide

you wanna my banana?
View all guides
Guide

The Evil Within 100% achievements by Biohazard Lord [EN/PL]
In this guide you will find everything you need to get 100%: All collectibles, useful tips and video guides. Video guides used in that guide are not mine so leave a like, comment under that films and subscribe autors. W tym poradniku znajdziesz wszystko...
123 ratings 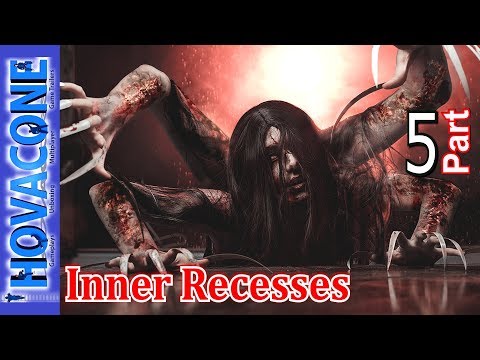 Hovac
View videos
at first this game was blasted, now its loved?
im looking for a third person shooter, is this game a backtracking key fetch quest or more action oriented
5 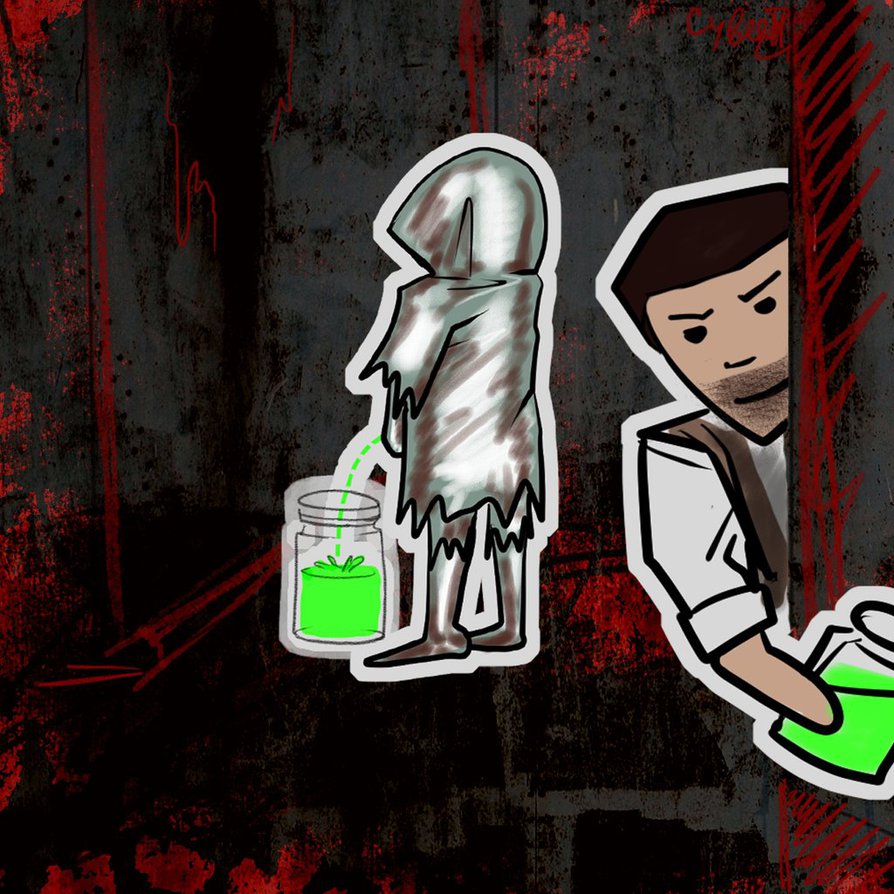 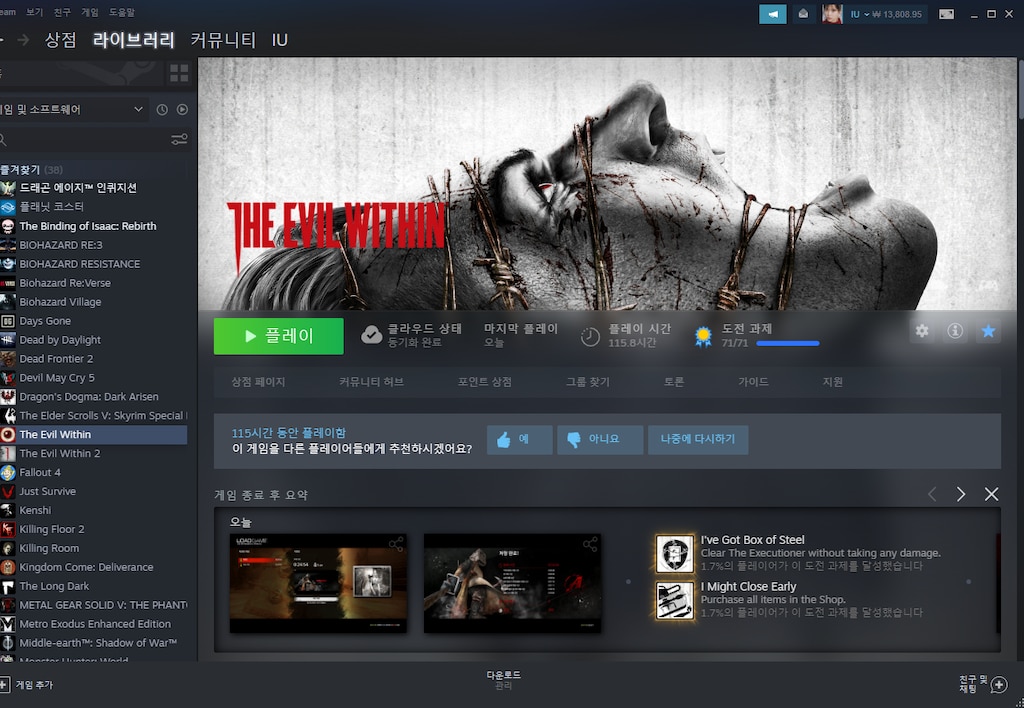 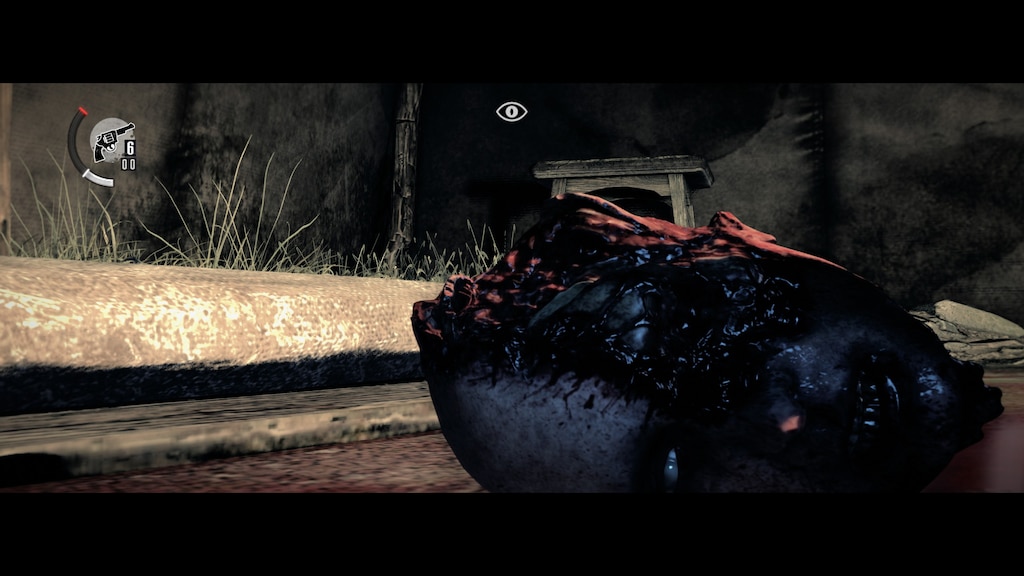 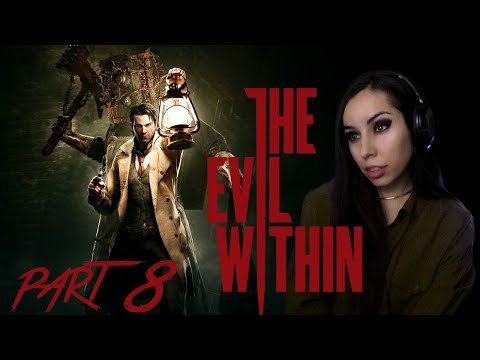 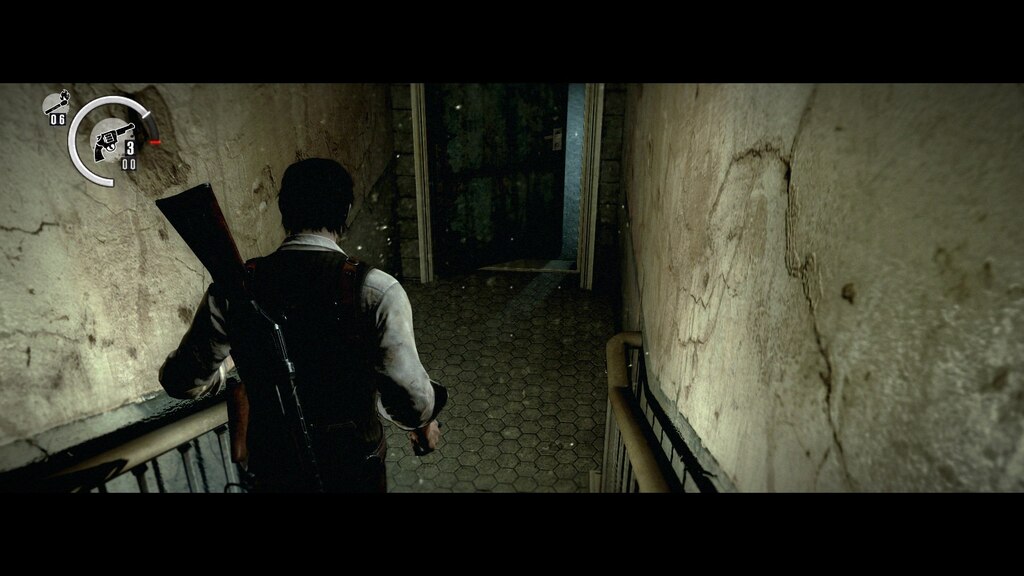 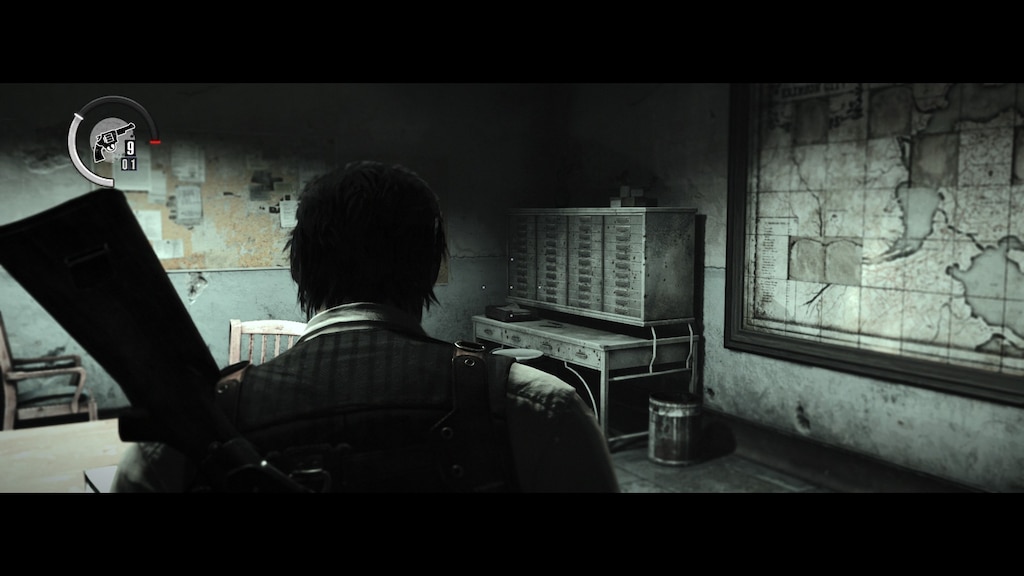 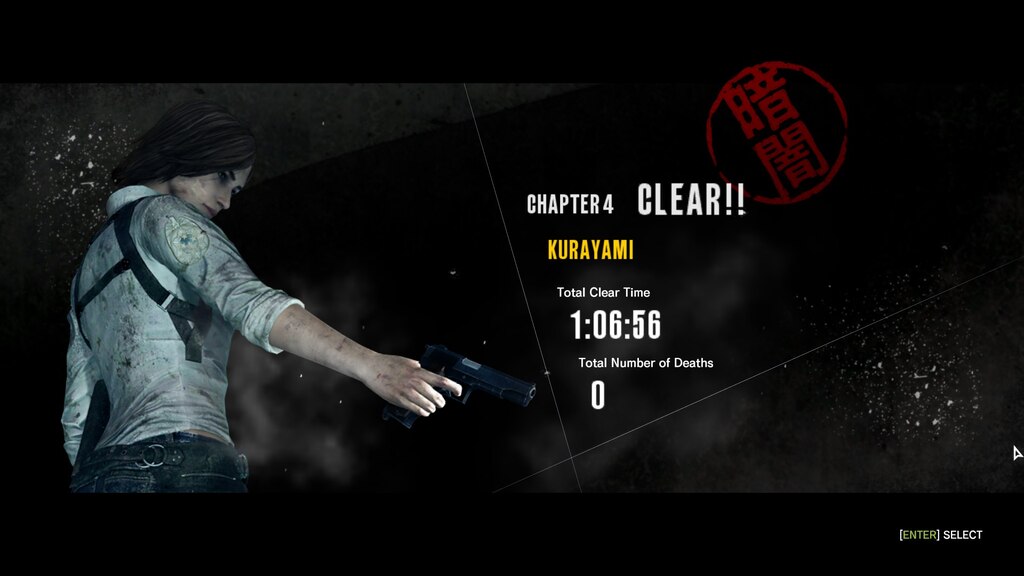 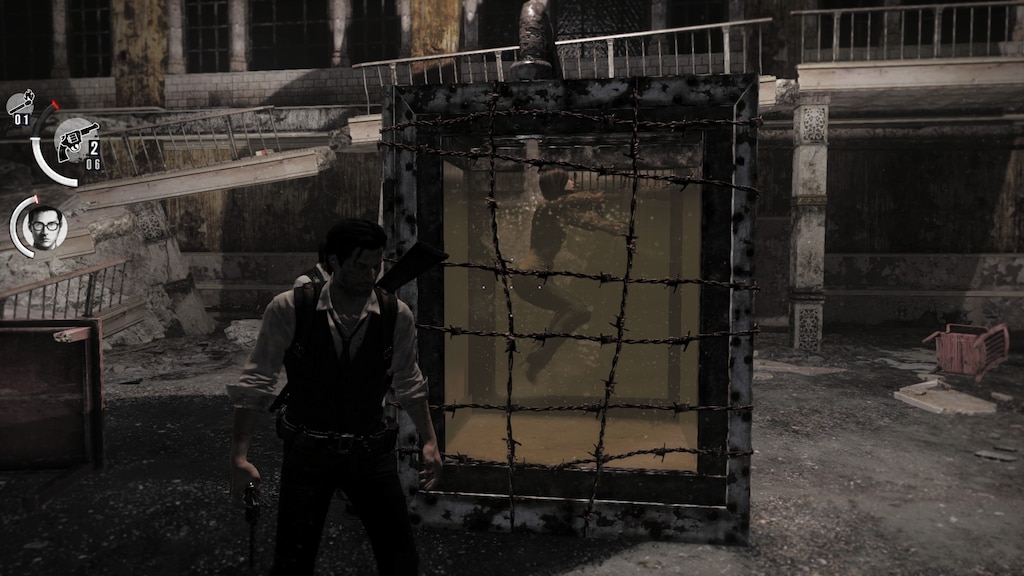 Recommended
37.8 hrs on record
I'm very conflicted in how I feel about this game: on the one hand it is technically good, but on the other it's a frustrating mess story telling.

So just to begin if you load up this game and it runs terribly, immediately go to the discussions and read the trouble shooting guide, it will tell you how to fix stuttering, lag, and bad textures. This game is really not optimized well, and runs poorly on my computer which can easily handle much better looking games. Once you employ those fixes though it will run pretty smooth.

I'm giving this game a positive review because it can be a very fun game, and does give you your moneys worth in regard to length of game play, but it's really held back by its story and really needed a better focus on what kind of game it wanted to be.

In the technical aspects of the game play it's a pretty much flawless: movement is very smooth, aiming and firing weapons is smooth and responsive and the enemies hit boxes are well designed, stealth mechanics work great, the controls are laid out well and respond well, and the enemy AI is intelligent and well designed. All this is really where this game shines, and provides a very fun experience, never feeling like any corners were cut, or was made to be deliberately obtuse in its design.

Unfortunately the game suffers from a poorly told story, which is frankly complete non-sense. Like, I get the general idea of what's happening, in fact I guessed some of it rather early on, but it never pulls its self together into a cohesive narrative. The game often shifts you from one location to the next with no warning, which maybe keeps you on you toes a little, but it also feels like your not getting anywhere, and all your previous progress didn't amount to anything. The game tries and tells its story through various things you have to read, and a some inferred background elements, which give you some clues of what is happening, but there's never an attempt to explain how all these elements fit together to help you understand how everything in the game is possible, or even why it's happening? It almost feels like the game started out as something else and then shifted its focus a couple of times as new ideas were thought up, but nobody ever really considered if it makes any sense. There's just no connective thread between anything, even its style of gameplay doesn't feel like it knows what it wants to be.

This brings me to my next issue of a lack of focus on its gameplay. What does this game want to be? It's obviously a horror game, but what kind of horror game? Right at the beginning of the game you are faced with avoiding a chainsaw wielding monster. This particular section feels very much like a survival horror game like Outlast: you have no weapons, you need to hide and avoid being seen, you have to use your environment to survive. Unfortunately this is the only section of the game like this. Next you find yourself going up against zombies in a village, minimally armed, and largely having to use the games stealth mechanics to avoid detection and to dispatch enemies. This section is probably my favorite part of the game because it feels like the kind of game this should have been. There is a satisfaction to avoiding enemies, to using the environment and your cunning to take an enemy down, and it's much scarier to play this way. Unfortunately this style of gameplay doesn't last and you find yourself having to gun down enemies with an increasingly more powerful selection of weapons, with rarely an alternative way to go about the conflict. With many parts of the game there simply is not a choice but to fight, as you get mobbed by enemies. The game also suddenly gives you a partner you have to keep alive, and while this section is short, it feels odd to have it included at all considering that it never really shows up again, except in a couple of small areas.

Most of the game is very action heavy, and if that is your boat, cool, but I wanted something more like the beginning of the game where things felt more frightening. The inclusion of so many different weapons really reduces the fear factor, and while they don't make the game easier, they also create more situations where you will likely just shoot your way out rather than relying on stealth.

The games environments are well done, and are very blood filled and gorey, but they eventually lose their potency because you don't have any real sense of why the world is the way it is, other than just to make it bloodier. The same goes for the monsters and bosses which don't feel like they have a place other than just another disturbing looking boss.

If I were to rate this in terms of stars I would give it 3 out of 5, purely for it's well executed technical side of gameplay which keeps the game fun, even if you find the game a confusing mess. I won't deny that I had fun playing it, but I really struggled with it also.

Recommended
63.3 hrs on record
I'm 42 yrs old, work 2 hours at my job, then sit down for the remaining 6 hours watching Tik Tok and have more stamina then a maxed out Sabastian and I'm not even scared for my life! Other than that pretty good game.

stone_bubble
754 products in account
0
Game Crashes on W11
Having a issue where the game starts up but doesn't make it to the start screen. Just crashes and goes black screen
12

Skidcar
Sep 3 @ 3:40pm
General Discussions
console commands
i have followed guide after guide after guide and still nothing, i press the insert button too and nothing pops up at all, does this even still or is this game like well dead
9

stevenhorbury622
Sep 16 @ 3:01am
General Discussions
The Evil Within on PC Gamepass/Windows Store is a new port
Did noticed this yet: https://www.resetera.com/threads/the-evil-within-on-pc-gamepass-windows-store-is-a-new-port-includes-first-person-view-fov-options-new-icons-all-dlc-more.396439/ EVIL WITHIN FANS REJOICE. The microsoft gamepass version of TEW1 is basically a remaster." They Added - first person mode + FOV option - Infinite ammo mode - Icons for lantern/sneaking in first person view - Low/Medium options for Camera Bob - The stamina has been adjusted, you can now run for 5 seconds at default stamina(w...
6