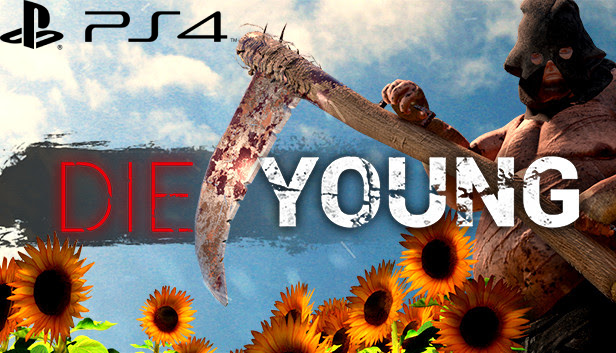 Firstly, Die Young is now available on the PlayStation Store.[store.playstation.com] We know it may seem a bit odd to some for us to post an announcement here on Steam, but we simply couldn't contain our excitement and we wanted to share it with our fans, especially the ones who have been requesting this version for a while now.

Die Young is out now on PS4[store.playstation.com] in English, German, Hungarian, Italian, Polish, Russian, Spanish, Turkish (screen languages). For those lucky few who have managed to get a PS5...to play this game on PS5, your system may need to be updated to the latest system software. Although this game is playable on PS5, some features available on PS4 may be absent.

Unfortunately the US release will take place at the end of this month, but it is on its way nevertheless.

Secondly, we have not forgotten about our PC fans. Die Young just got updated on Steam. Here are the release notes:

Below is the changelog with the most important fixes, mainly stuff that we did for Ps4 submission but there are few nice goodies:

Blockstorm
259
6
🦏Exit Limbo: Opening is out now on Steam
Nov 6, 2020
Finally! Exit Limbo: Opening is available on Steam today!
We are thrilled to present our beat 'em up and we really hope you’ll enjoy it as much as we do.
https://store.steampowered.com/app/1051900/Exit_Limbo_Opening/
Exit Limbo : Opening is 20% OFF for the launch week so this is your chance to enter the Limbo!

Die Young Deal
https://store.steampowered.com/app/433170/Die_Young/
Instead of wanting to die young, you might be interested in playing Die Young. With this week's Steam discount, this is the perfect opportunity to stay inside and play games.
Stay tuned: a new big update is in the works bringing even more languages & improvements

The Die Young Prologue is available in our freebie section for the duration of the sale.[freebies.indiegala.com] 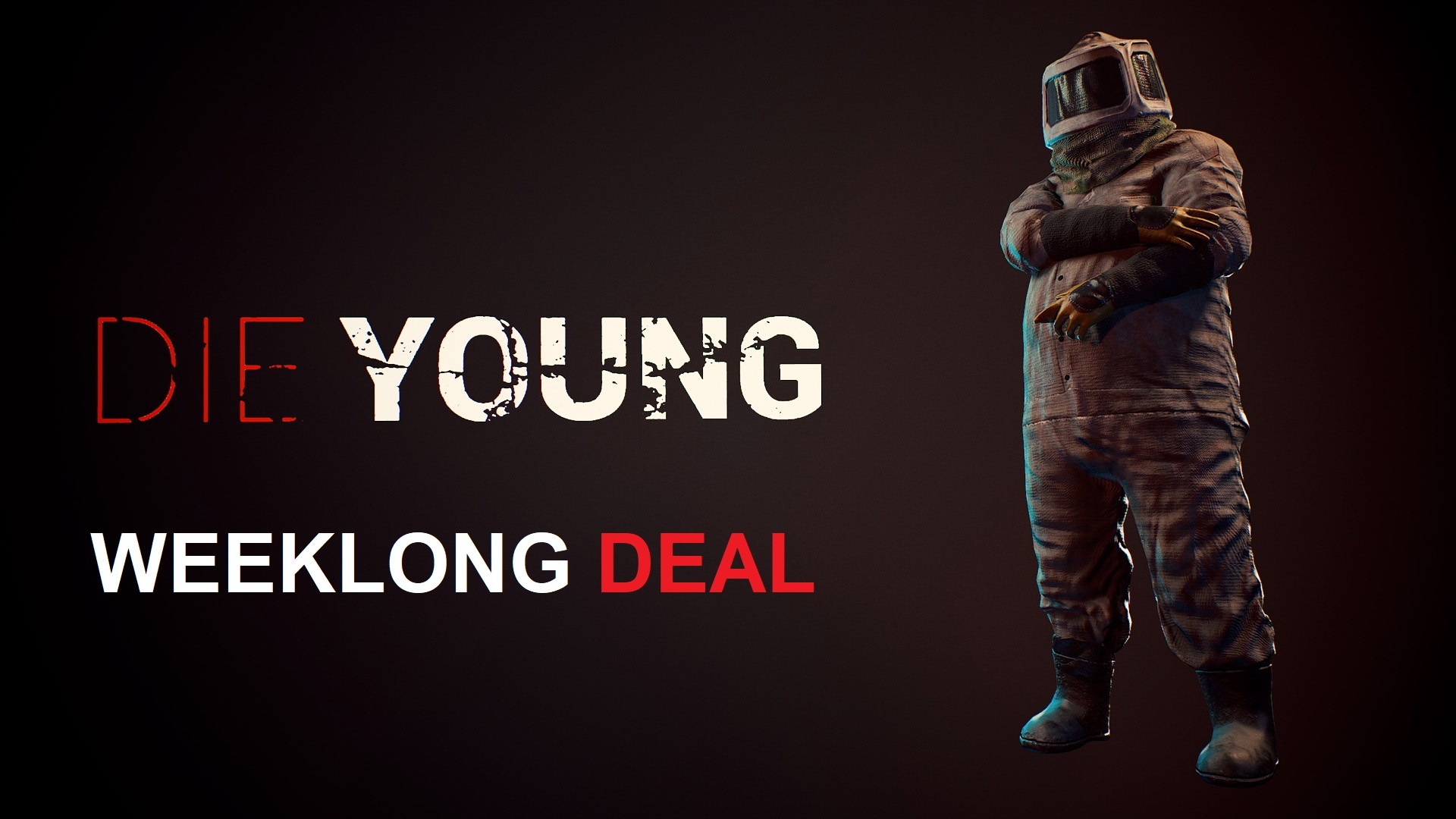 The weekend is the perfect opportunity to live life to the fullest and play Die Young.

You've got a whole weekend to decide if this deal is for you or not.
https://store.steampowered.com/app/433170/Die_Young/
The winners of the New Year giveaways have been selected and contacted. Would you be interested in more such giveaways in the future?

Parkour Your Way Towards This Sale! 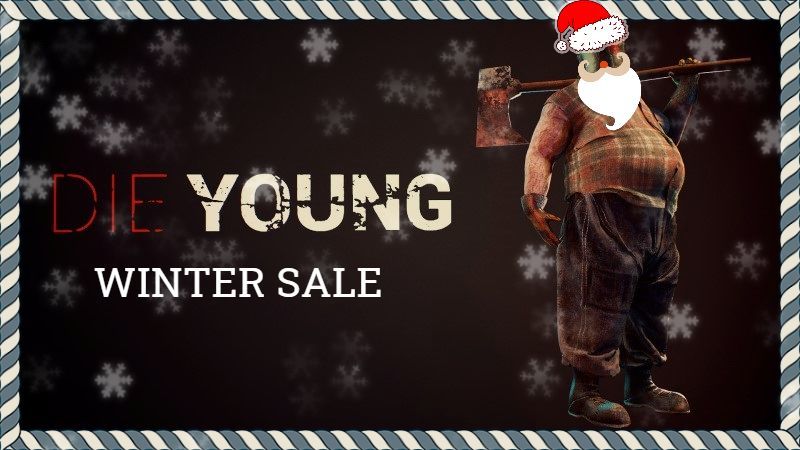 Ho, ho, ho, the Steam Winter Sale is here! Plenty of great deals await during this festive period and the IndieGala catalog is no exception!

Have you started collecting tokens during the Steam event? Have you been naughty or nice? What will Santa Claus bring you this year? 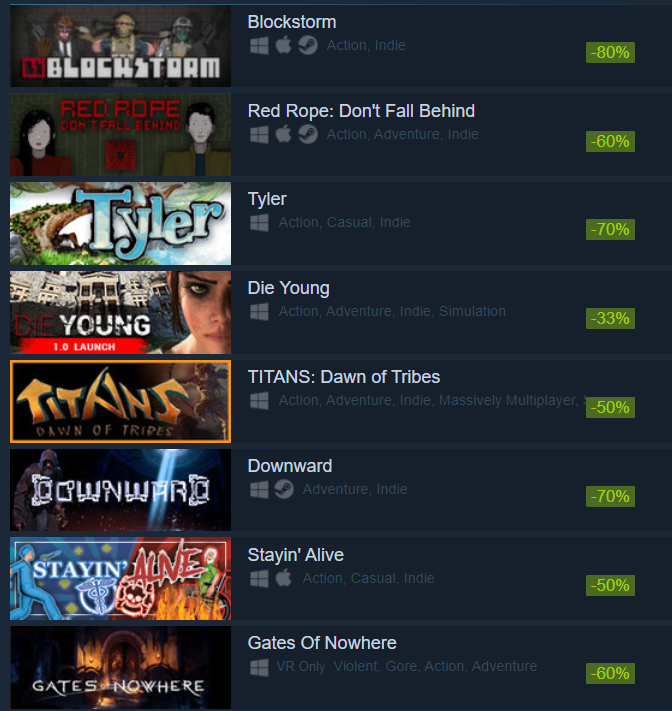 A Merry Weekend & be on the look-out for some more festive surprises. 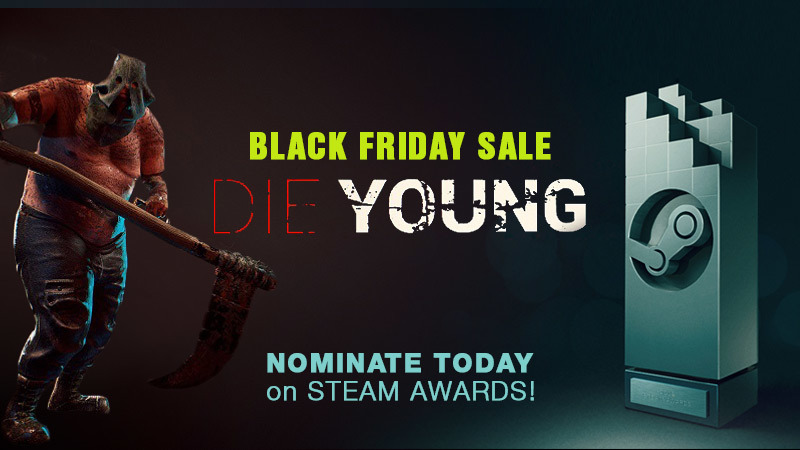 Die Young and the entire IndieGala catalogue is participating in the Steam Autumn Sale.
https://store.steampowered.com/app/433170/Die_Young/
Die Young has been fully released this year, making it eligible for (almost) any Steam Awards nomination.

We would be humbled & grateful if you would make Die Young one of your choices.

You've got a whole week to decide if this deal is for you or not.
https://store.steampowered.com/app/433170/Die_Young/
Parkour Your Way Towards This Sale!

Blockstorm
214
3
🎃No tricks, just IndieGala treats! ALL titles on SALE during Halloween!
Oct 29, 2019
Don't miss these spooky deals! Save up to 80% OFF during Halloween Steam Sale 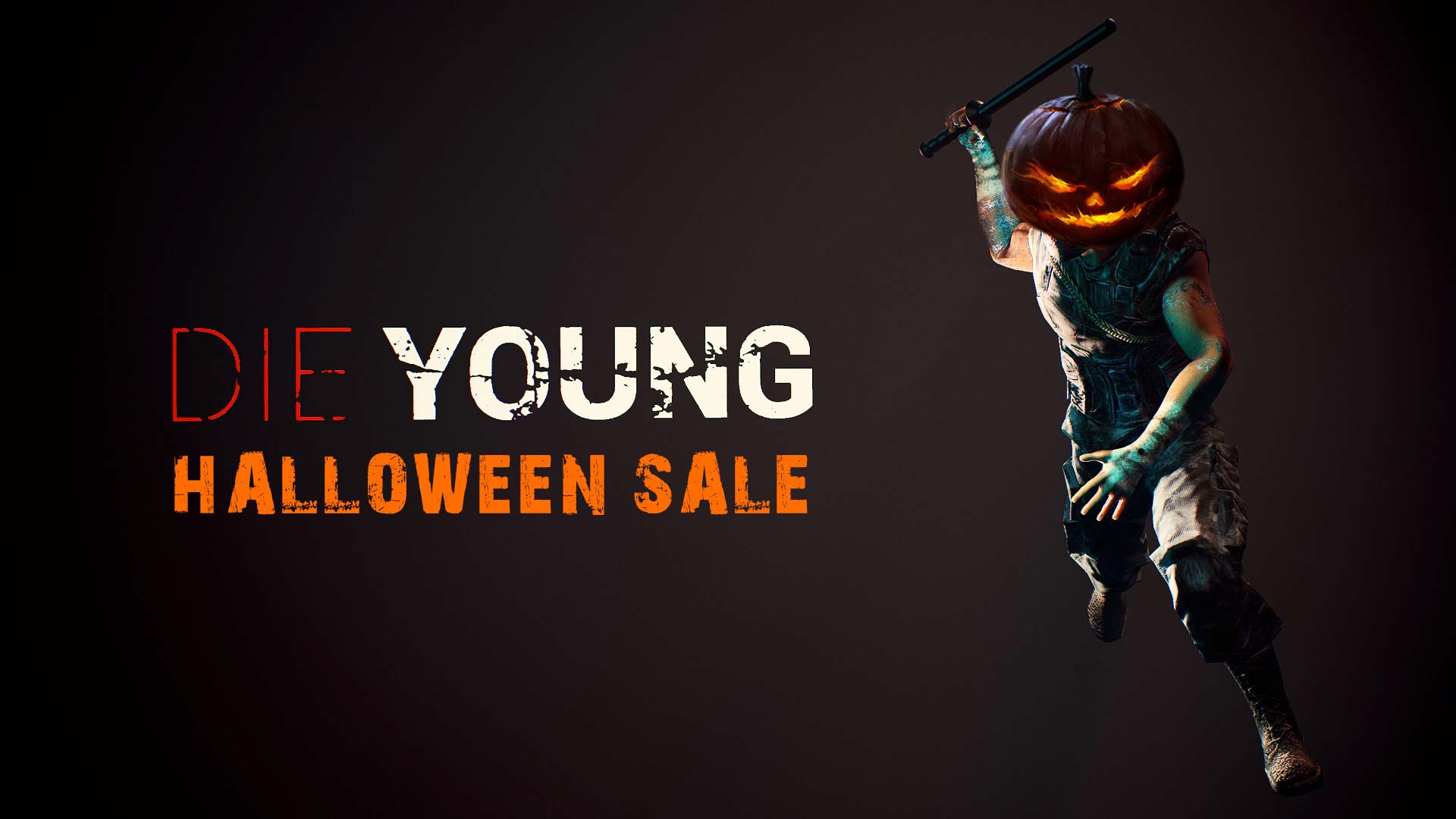 Treat yourself, your friends and your neighbors with one or more games from the entire IndieGala catalog. ALL the prices are discounted and no costume is required, so make sure you won't miss these sweet deals!

If you were waiting for a sale, this is your chance!

Starting today you can get Die Young at a special discount.*

*Offer ends Monday at 10AM Pacific Time.
https://store.steampowered.com/app/433170/Die_Young/
A pleasant weekend to everyone!