There is an unusual cabin deep in the woods. It had served as a laboratory and a dwelling for three generations of Lodgers.But as of late the latest Lodger has been noticing weird changes in familiar surroundings; things are missing, noises and rattle heard. Something odd is coming out of the woods.
$9.99
Visit the Store Page
Most popular community and official content for the past week.  (?)
Bug reports/bug fixes
This is the official bug report thread. We're planning on collecting data and releasing a patch later on. We're also not the biggest studio in the world, so please help us by reporting bugs here, not creating new topics. It's also possible that further tr...
149 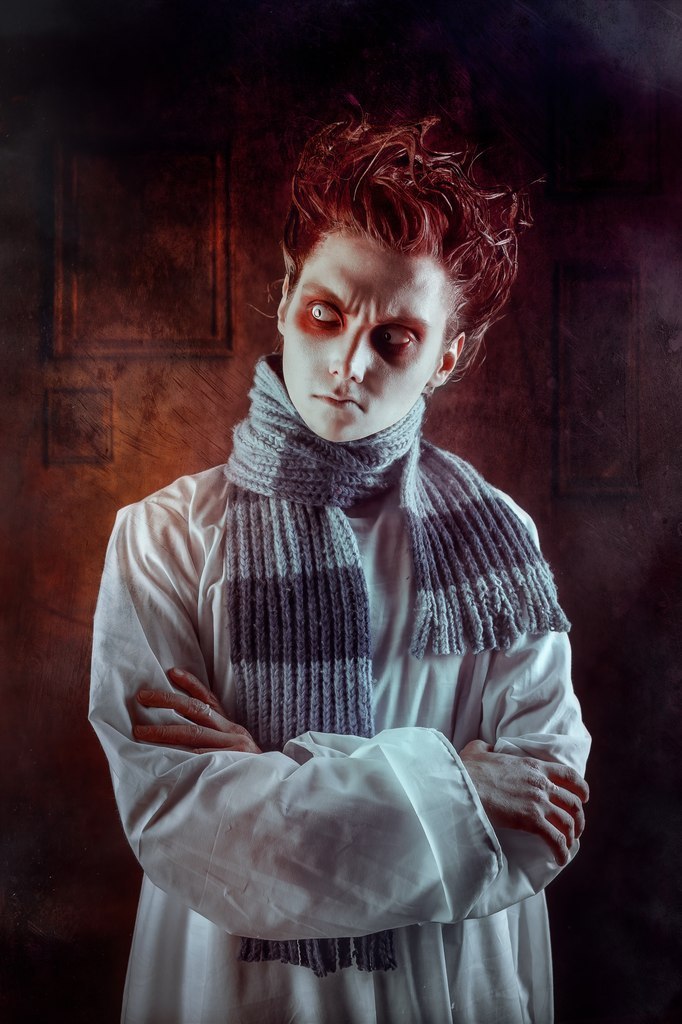 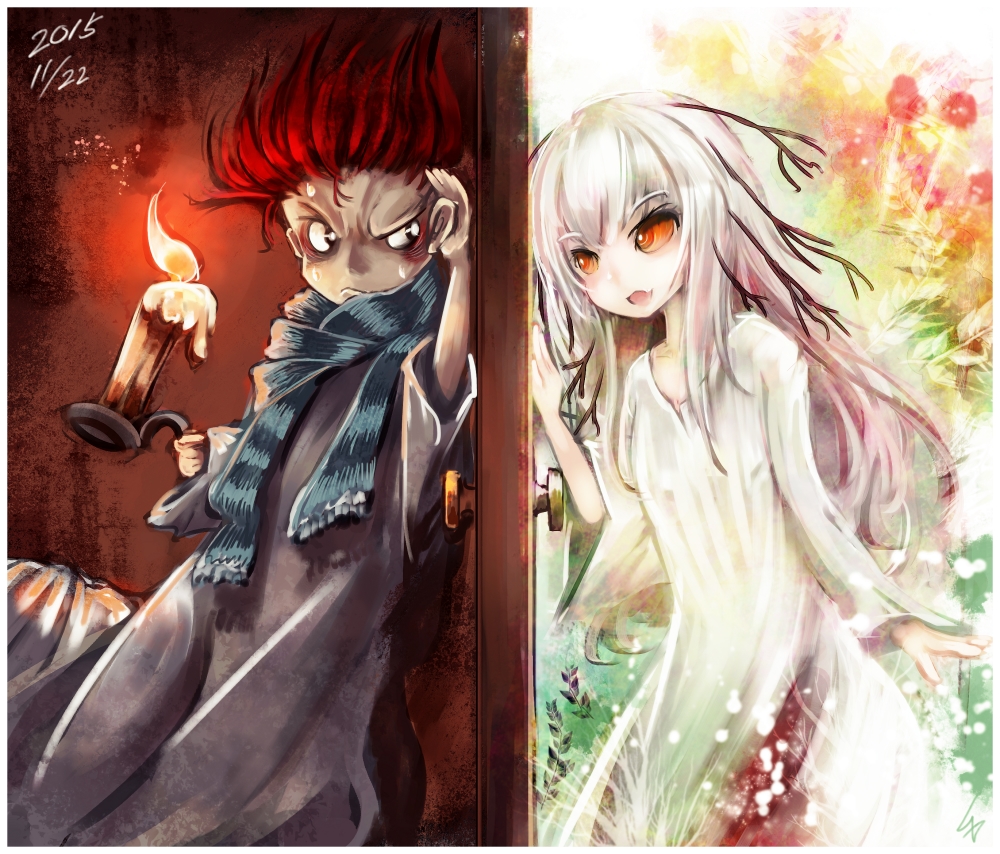 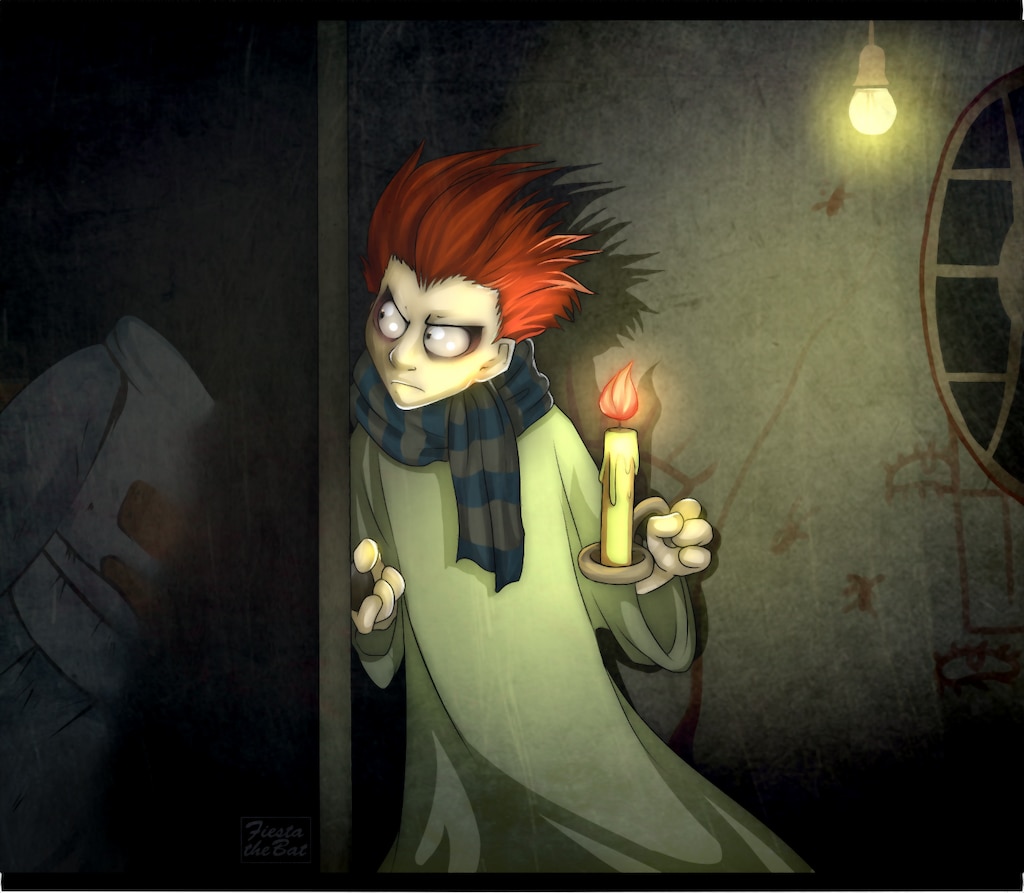 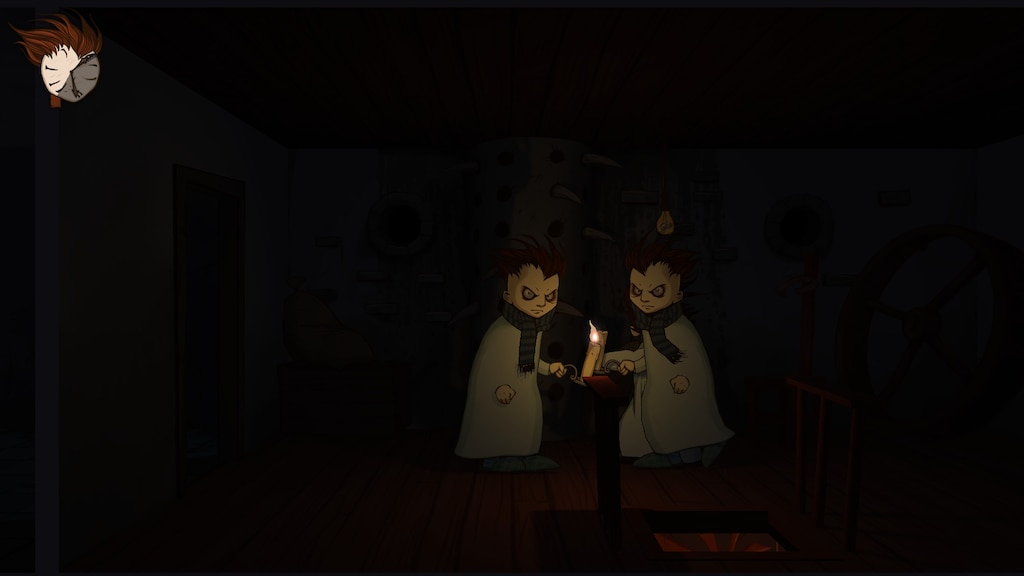 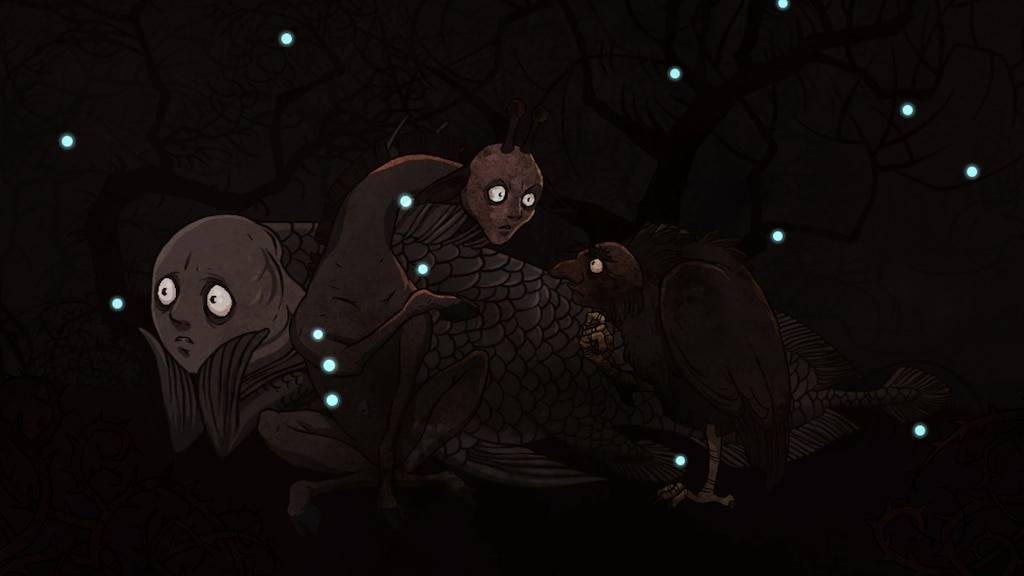 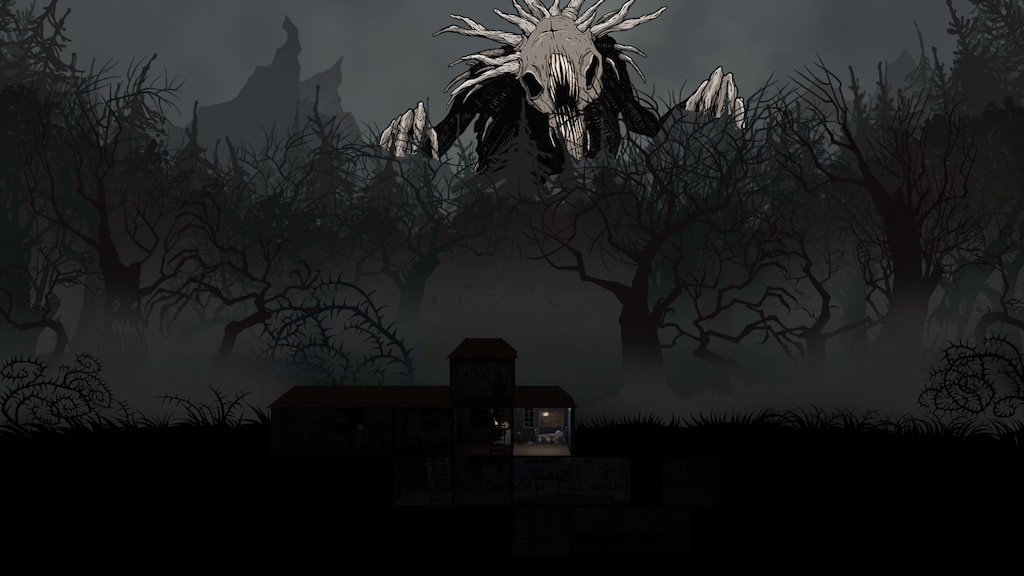 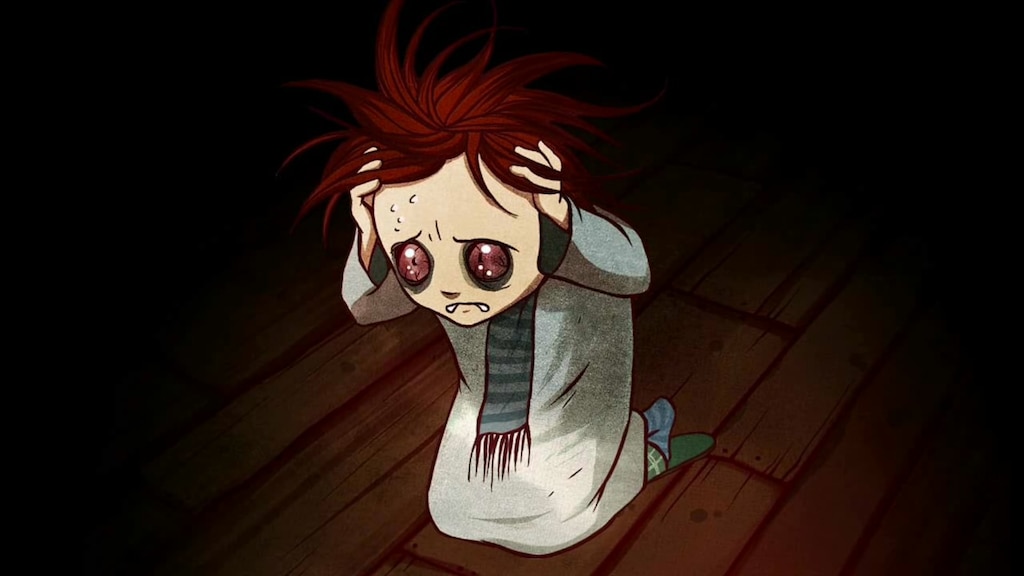 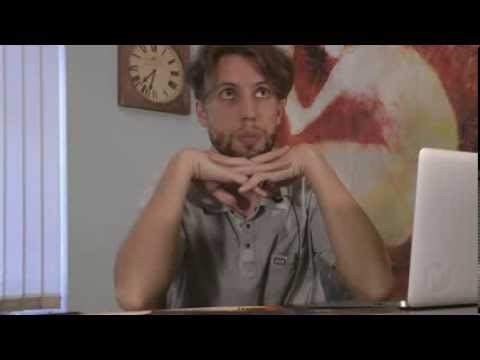 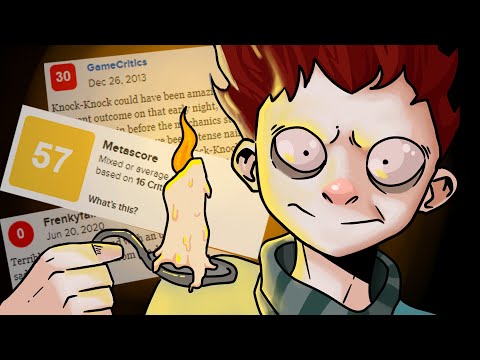 Recommended
3.0 hrs on record
Knock-Knock is a 2d slogfest where you play as an insomniac limping along from one room to the next fixing lights and WHAT IS THAT?! AHHH!!! TO THE STAIRS! THE STAAAAIRS! Oh, and there are trees. Haven't beaten it, but played a solid 3 hours before losing interest (got near the end but ran out of patience, might pick up later). Difficulty is medium. Used a game remote. This game is played best in the dark.

Gameplay Part 1 - There are a total of two buttons and the d pad. One button fixes stuff, the other hides behind stuff. You move left or right, and go up and down ladders. For as few buttons as there are, it is weirdly easy to forget which button to hit when you want to hide and there are too many items/fixybits/lightbulbs/clocks in the general area. If you aim for a strategy where you save the clocks you can botch this if you have to hide behind a bed when a clock is in the way. Movement is Sloooow. And you're expected to wait around for stuff to happen, too. A lot.

The second part of the gameplay involves endless hallways and walking around trees. These are less than straightforward on their purpose, but you just go left/right then up/down enough times until you're out.

Gameplay Part 2 - This is the sort of game where you need to figure out on your own what you're ultimately supposed to be doing, where you are, what the story is, etc. Most games are cool like this, but in Knock-Knock you can get so lost on the mental treadmill. Why are you there? Even Lodger doesn't know anymore. Who are all these monsters? Why are you dying? What's going on?

Lodger - Lodger is the only character you have, and the only one you really interact with the entire game. He is alone, his voice is jumbled up nonsense when he speaks, the lines of dialogue he has are both mysterious and depressive, and I started feeling bad for him after a certain point.

Monsters - There is a wide variety of monsters. All sorts of ghouls, lots of thrills. Creepy voices and noises. They're coming to get ya.

Music - No music. All creepy noises.

Graphics - Think flashgame-grade graphics. The dark art style is atmospheric and surreal, and the rooms have a variety of items and places to hide around, if you should only wait for them to appear. This carries to an extent, then after X time it all starts to look the same with exception to new bumps in the night showing up.

I both like this game and hate it. I like what the developer is trying to do and the 'wander lost until you find out' aspect, but hate how extremely vague everything is. I love the thrill of being chased, but hate how I suddenly die without knowing why. I really dig the notes and atmosphere, and hate the patience it takes you to uncover them. The monsters are great, finding out you can camp at a ladder for 15 minutes to save your skin is not. I really liked this game in the beginning, but once I figured out the general scheme it became tedious very fast. And after my patience dried up, I was no longer having fun and had to put it down. But who knows, I could probably pick it up again in a week and keep having fun again like a ghost of gaming past.

Ultimately I wish there was something to tip this love-hate relationship. An element more to the story to keep you engaged, a semi-solid explanation of how you screwed up so you can stop falling into that trap. I swear I was in a room with nothing around me and I was suddenly gone and repeating the level without knowing why. I wish there was more variety after X step so it doesn't fall into tedium. But I don't hate this game as a whole, and can't give it a thumbs down. More like a thumbs sideways for a taxi to get Lodger's tired backside out of there and to a cozier hotel nearby.

Knock-knock timings, tactics and other useless data
In this guide, I described my tactics for "eye" levels what helps move really fast. This information can be obvious for most players, so I described more boring questions - what exact time you need to go from point A to point C? Is lighting all home on saf...

Oda
View all guides
Fans?
Is there still anybody who is interested/who still plays this game?
46

CuriousCoffee
Oct 19 @ 4:57pm
General Discussions
How do I get the happy ending?
If someone could tell me in detail I would be very grateful.
6

SonnetJonquil
Feb 4 @ 11:13am
General Discussions
About the Sanity bar...
I am almost at the very end of the game, but because I ran into a lot of enemies, my sanity bar is now gone. I completed the level and now woke up to find the clock in my house, but I just get a game over when I leave the house. If I click on continue, I find the clock and leave again, but still get a game over. Is there a way to get some of my sanity bar back or do I just have to play the game all over again?...
21

Silverwolf58
Apr 29 @ 4:58pm
General Discussions
So, theory time! (Potential spoilers as people post)
So, anybody have any theories so far on what the hell is going on or what any of this means? I'm thinking the little girl is definitly the child from the numbered diary pages and you were also the fella. You probably ran away with her to the house, (alt...
28