FRACT is a musical exploration game. You arrive in a forgotten place and explore the vast and unfamiliar landscape to discover the secrets of a world built on sound. You rebuild its machinery by solving puzzles and bring the world back to life by shaping sound and creating music in the game.
$14.99
Visit the Store Page
Most popular community and official content for the past week.  (?)
Audio Stutter/Dropouts? Try enabling "Stabilize Audio"
If you have stuttering or dropouts, you can try the STABILIZE AUDIO button in the GAME SETTINGS menu - this can help with some of the audio issues on certain systems (though not all). If this doesn't help, please check your specs a...
107

phosfiend
Dec 24, 2016 @ 9:50am
Technical Support
Walkthrough
I only came across this fabulous game a few days ago, and as some have said that a walkthrough isn't possible, I feel that it's my duty to prove them wrong. The walkthrough is complete for all three sections, and is found at: https://steamcommunity.com/s...
4

pmw57
Oct 22, 2019 @ 10:39am
General Discussions
Acheivements
I'm really surprised this topic hasn't come up yet, and i'm beginning to wonder if there was a rule against it or something. I'd be interested in using this thread to discuss the various optional achievements in the game, and how to get them. I've only fo...
81

Fract OSC Puzzle Solutions
In this guide I'm going to show you guys the solutions for the all of the basic Puzzles in FRACT OSC. If you don't like spoilers though, this guide has the potential to ruin the game for you. However if you're stuck in one particular area, than I think...
28
86 ratings 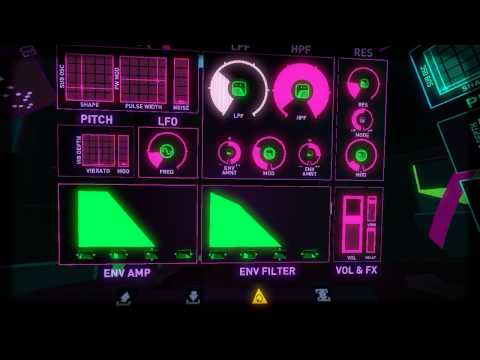 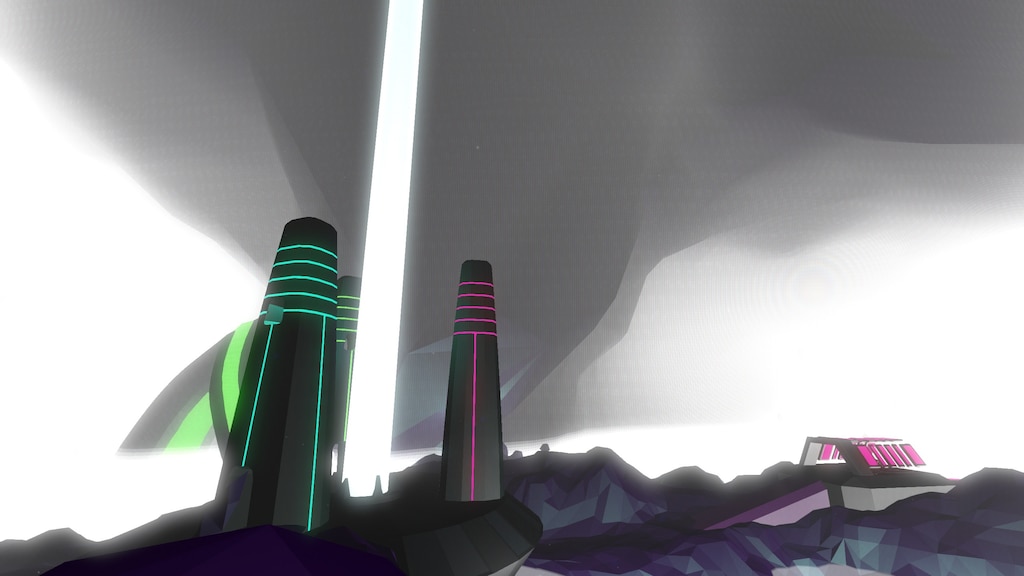 2
Ban
31
The three hues that power the realm.

Fract OSC Waypoints and Various Achievement Guide
Hello everyone, this guide is a follow up to my Puzzle Solutions guide for Fract OSC. This guide will essentially provide you with an effective way to both get the Waypoints for the simpler puzzles as well as show you how to get a couple of the achievement...
6
34 ratings 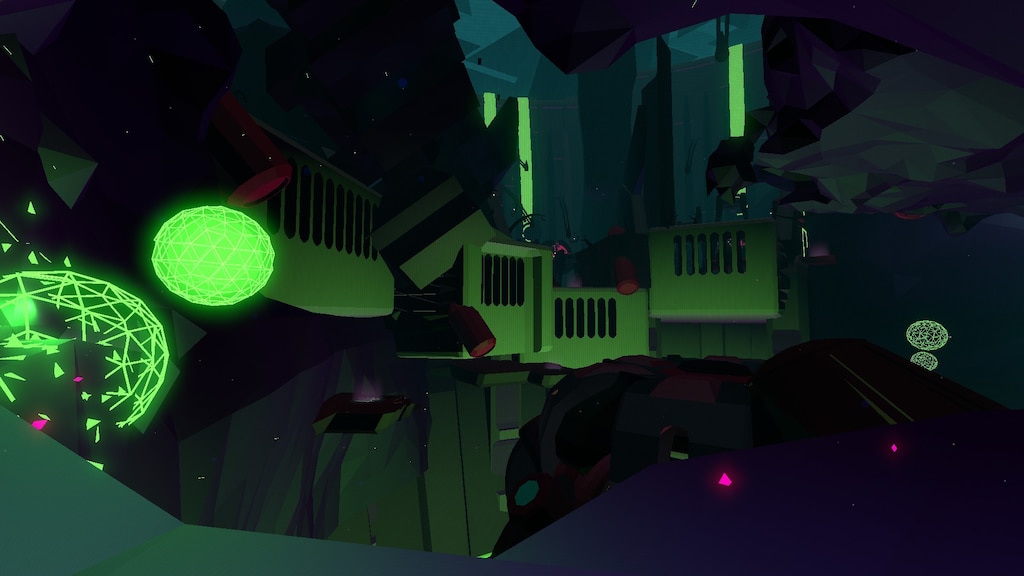 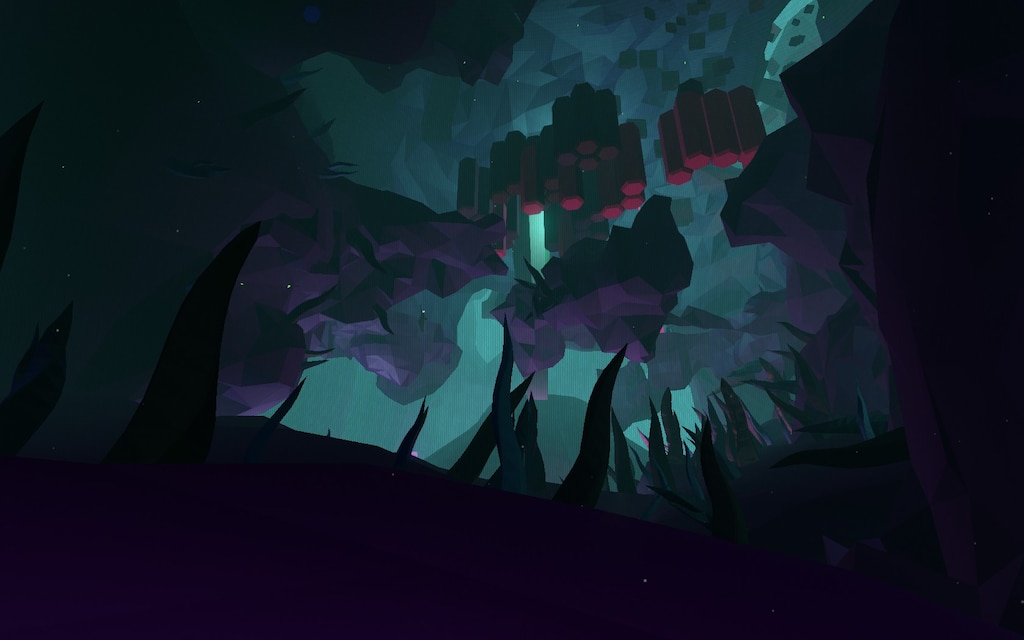 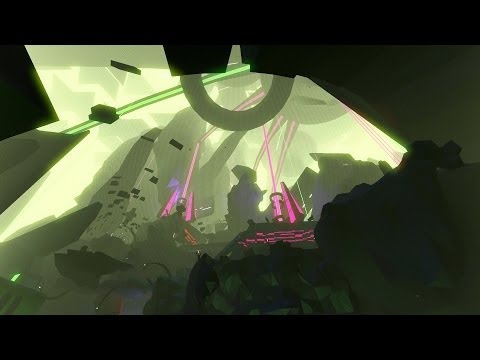 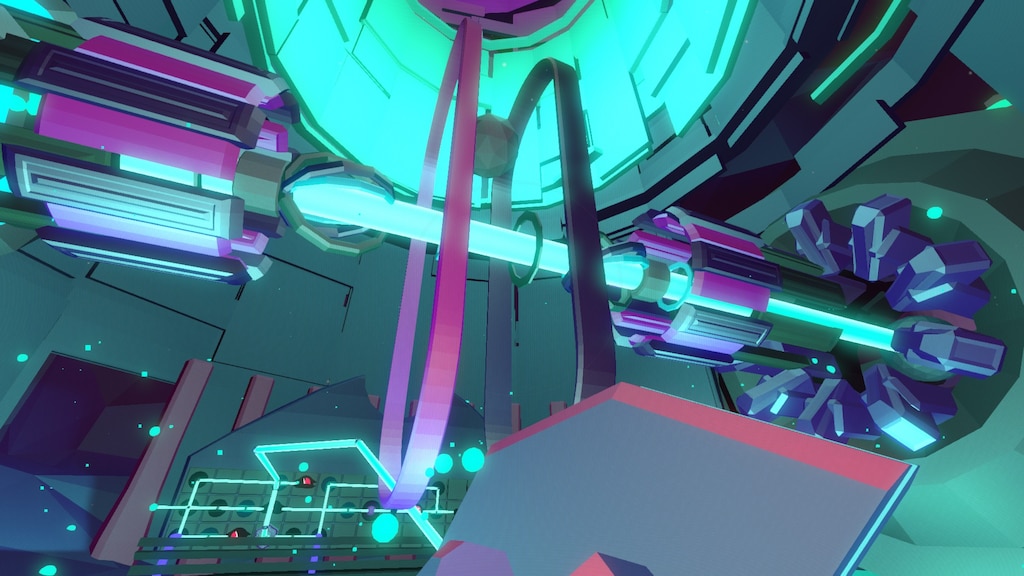 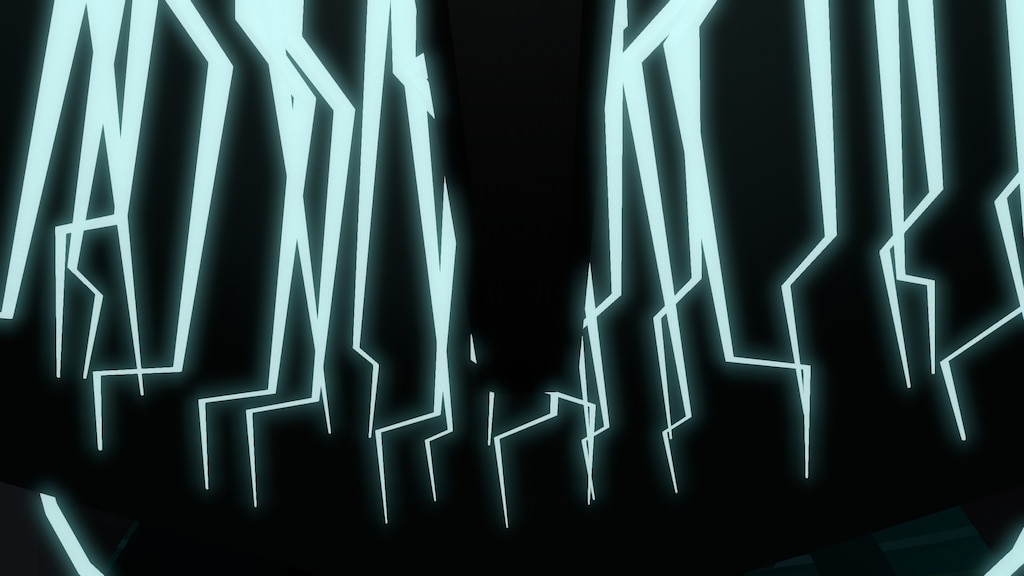 How to use all semitones in studio patterns
The step sequencer in the studio is limited to C, E♭, F, G and B♭. By editing your song in a text editor, you can sneak in all other notes.
6 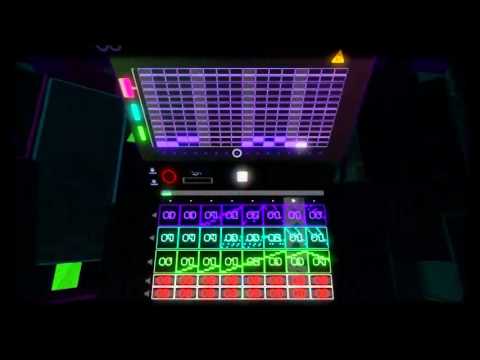 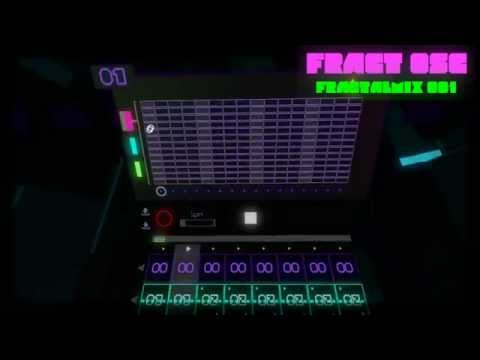 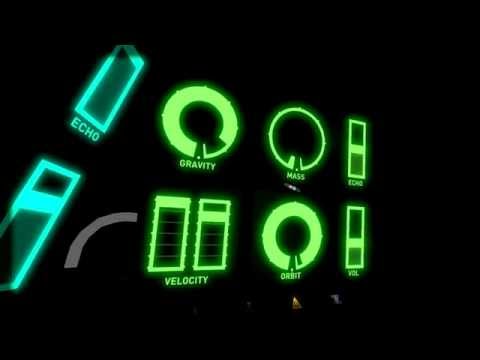 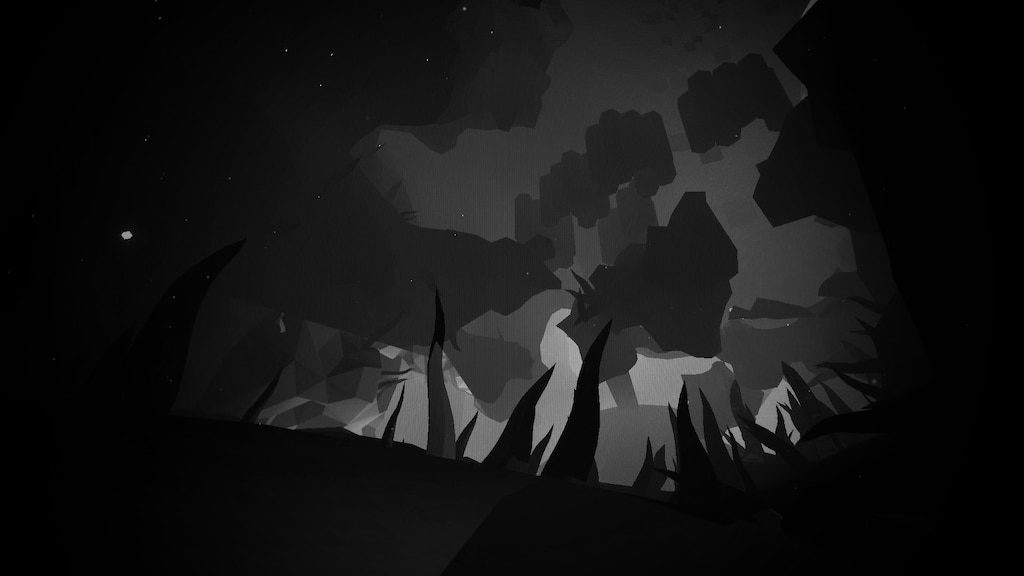 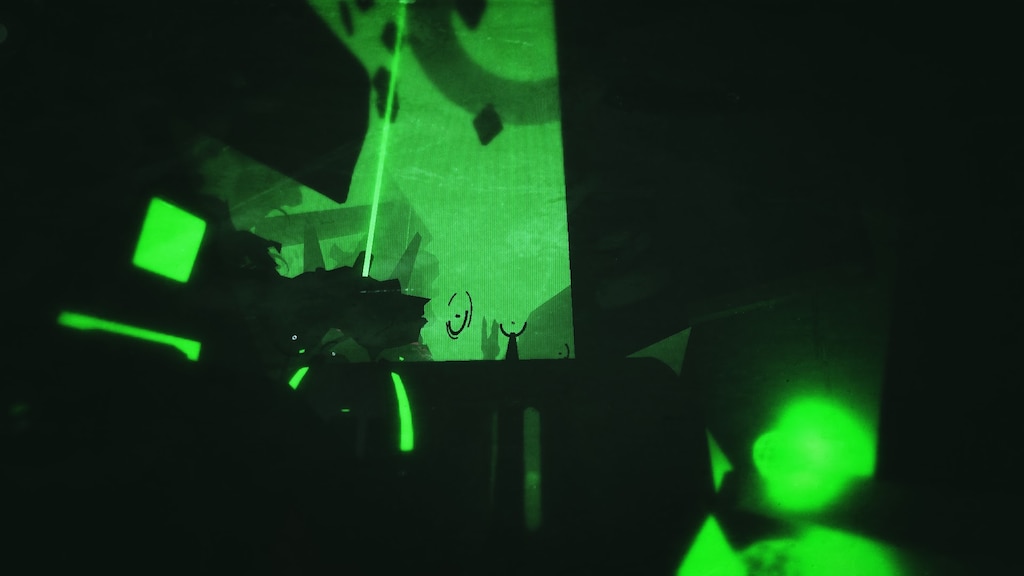 Not Recommended
5.7 hrs on record
FRACT OSC
Genre: First Person Walking Simulator/Puzzle/Adventure
Theme: Abstract, Cyberpunk?
Art Style: Simply shaded 3D objects and environments with no textures but used to construct complex structures and areas.
Value for Price ($3.74-15): Medium to Potentially High
Replay Value: Low for completion, High to Infinite for the Studio
Quality: Medium
Completion Play Time: Uncompleted. The game feels like it could be short, but the difficulty of the puzzles can hold you back for a long time

FRACT OSC doesn't make a lot of sense.
I had to say that first because world is alien and confusing and may have you lost or stuck in making progress

The design of FRACT OSC is vague and minimal - but to its detriment.
You're placed in a world that FEELS like it should be a very "Video gamey" platformer, but you can only walk, run, and "Interact" which holds you in place to interact with puzzles. You can move while in "Interact Mode" but you can't move your camera, which is a bit awkward to get used to. FRACT OSC is a Tron-esque environment that eventually leads you to The Studio - a literal in game music creator with all of it's screen locked off from use.

With all of The Studio's features locked, your quest is to explore the world around this studio and reactivate the machines that power the Studio
From what I can tell the world is largely divided into three main sections: Magenta (Lead), Cyan (Bass), and Green (Pad). You soon find a central area with a spire that shoots said colored beams into the sky through pipes that eventually reaches portions of deactivated musical constructs. These large constructs are puzzles that need to be solved to activate one of the many screens of The Studio, that connect rythmic beams of light to other constructs.

This world is VERY large and near each major musical construct puzzle is a waypoint that lets you fast travel to other discovered waypoints by interacting with them and then selecting the way points in a holographic "Solar system" like interface. The way the side panels of the circular waypoints slide down and back up depending on which side you entered in looks pretty slick and using these will lift you into the air to follow a track of rings in a sort of floating, guided monorail system...where you are the train. These are pretty neat, though, I did find myself in situations where it wasn't easy to just find them all and use them for fast travel.

Using waypoints is faster than traversing the land, which you can only walk or Run. The game could use an Always Run toggle, since there seems to be no reason to walk. Traversing the terrain can be annoying sometimes as you might run into a hill or a lip of some sort of abstract structure and you may have to awkwardly circle around it or go a completely different direction. Since there are no enemies and the only hazards are pitfalls, I see no reason why the the player wasn't granted some sort of ability to fly, jetpack, or at least jump- so you're forced into another one of these slow trodding walking simulator experiences when you don't have to be.

Due to the extreme minimal and abstract design of FRACT OST, it is very easy to get lost or walk into dead ends.
The world is huge and there are lots of strange objects, particle effects, and mysterious pathways. Some spaces have large magenta rectangular prisms to match and "sing" in rhythm to parts of the Lead you may have solved, but they seem to have no practical use. Wireframe green spheres can be found that look like you can walk inside them or interact with them, but instead have collision and have some small ball of light that can expand from its center. There's all kinds of odd simple shaped particle effects and random objects that react to your prescense and may or may not be part of a puzzle or at least responding to a puzzle, but continually adds layers of strangeness and confusion - are they supposed to lead me somewhere like breadcrumbs? Are they highlighting something? Are they reacting to something? Do that have any purpose other than mostly decoration? The whole point of the game is to find puzzles and way points, but since the developer took the pretentious "No interface what so ever" route, there are no maps, interface, tools, abilities, characters, or even signs whatsoever to guide you around - just the design of the world itself. It might seem "modern and artistic" but it leads to alot of wasted time running around in circles and spots you can't pass.

Puzzle solving is the end all be all factor of FRACT OSC.
Some puzzles will have you realigning lasers on a panel to hit nodes that play notes. Some have you manipulate multiple cubes in a 2D plane to activate bridges and plug holes so you can reach the rest of the puzzle and eventually move them into green areas that activates a musical sequence. Most puzzles involves interacting with a Step sequencer, which allows you place notes in a small track. It feels neat to make your own tunes here, but these are puzzles with finite if not only one solution. Many puzzles are hard, obtuse, or tricky to figure out and is the primary reason why most people who buy this will never complete it (see the Negative Steam Reviews)

There is a unique and surreal world to investigate here, with potential for an amazing experience.

But the leaps of logic required of the player and the lack of feedback, instructions, directions, and even options (how the heck can a game about music not have AUDIO OPTIONS?!) makes this a wasteful purchase for anybody wanting to complete this game without a walkthrough or guide. I really want to know what happens when you eventually connect all these strange, massive, otherworldly musical contraptions together to form light beams to meet at some spire - but when many of the puzzle solutions feel less intuitive and more like "manipulate every object until something works", FRACT OST is more of a test of my patience than a test of my puzzle solving.

The Studio can be fully unlocked from the pause menu when you teleport to it.
I had more than my fill of artsy, walking simulators, so I **SPOILED** myself by watching a Youtube video of the ending. Solving all the puzzles completely unlocks The Studio and from what I can tell, there is no "deep and obtuse" ending that so many of these games have, which is good, but it also seems like if the whole point is to unlock a music sequencer which has limited functionality to real life software is largely pointless. . You play FRACT OST for the puzzles, world, The Studio, not for the ending itself. The Studio isn't exactly powerful like Fruity Loops or or Pro Logic, but it is robust for a $15 indie game - complete with a step sequencer, pattern editor, various tools for BPM and effects, and even a modest handful of drum loop samples in which I THINK are not part of the instrument puzzles, as well as the ability to save and load songs.

FRACT OSC is a bit hard for me to recommend because it boils down to being a limited music creation tool with its functions locked behind a grand, walking simulator puzzle fest. This game has to appeal to a niche audience of those who like walking simulators, difficult puzzle games, AND music creation. Buy it if you're part of that tiny niche, but I think few players will complete it without a guide. I'll keep it installed to mess with The Studio, but most are better off playing with a music program or another walking sim.

Fract OSC Walkthrough
Many have said that a walkthrough for this game is not possible. I beg to differ. This walkthrough seeks to explain not just what the solutions are, but how solutions are arrived at in the first place.
0

pmw57
View all guides
FAQ & Ask questions here
Is there a manual? Yes, and you can find it right here . What am I supposed to do in the game? FRACT is about figuring out a world – so part of that is tak...
46

phosfiend
Sep 2, 2019 @ 9:06am
General Discussions
Camera keeps rotating/Player moving at game start?
When the game starts does the player keep rotating/moving? Unlpug any controllers you aren't using, they might be sending messages that are over-riding control settings. We hope to fix this soon!
38

Recommended
7.3 hrs on record
You will get lost in this game.