First-person action survival game set in a post-apocalyptic open world overrun by flesh-hungry zombies. Roam a city devastated by a mysterious virus epidemic. Scavenge for supplies, craft weapons, and face hordes of the infected.
-66%
$39.99
$13.59
Visit the Store Page
Most popular community and official content for the past week.  (?)
Retrowave Bundle
Dec 21, 2019
Surf the retrowave in style equipped with boldly designed retrofuturistic gear.

Along with the new Night Rider outfit you will receive a new buggy paint job (Speedmaster Turbo) and three new weapon blueprints. Don’t let the flashy appearances fool you! Anyone who mistakes the Blademaxx machete, the Vindicator 2000 revolver or the Volkatronix automatic rifle for a toy, will be painfully proven wrong. The undisputed star of the show is the Volkatronix. Designed by Tolga and Fatin for Volkan Dal, it’s the first Dying Light firearm to shoot electric bullets, and therefore a necessary addition to your arsenal.
Please note, buggy paint job requires Dying Light: The Following expansion pack. 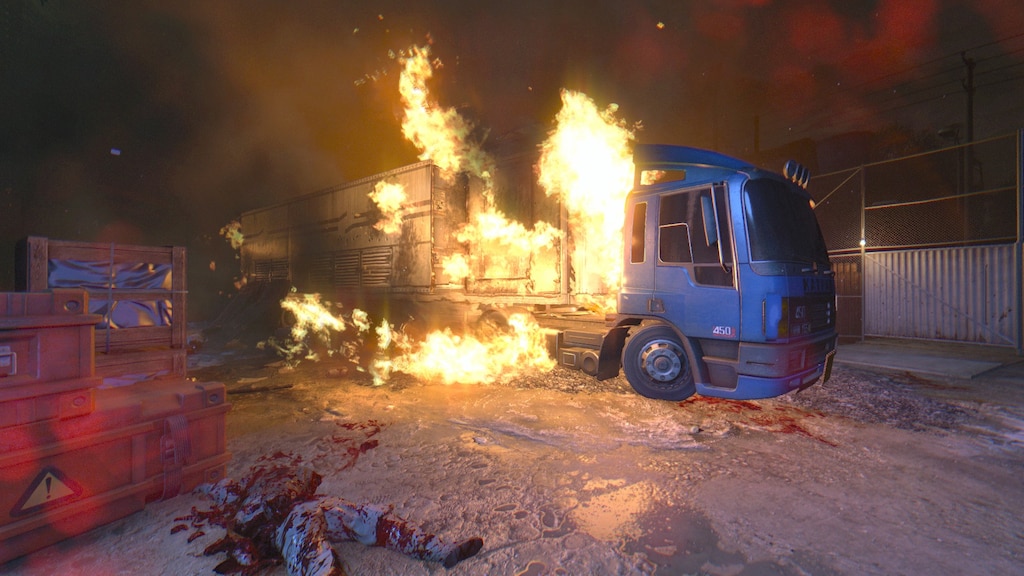 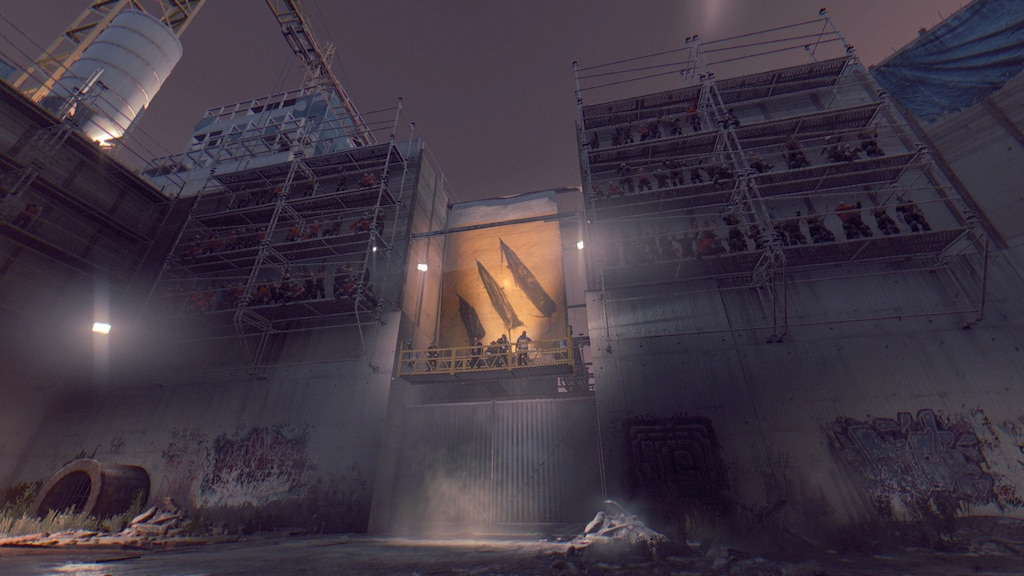 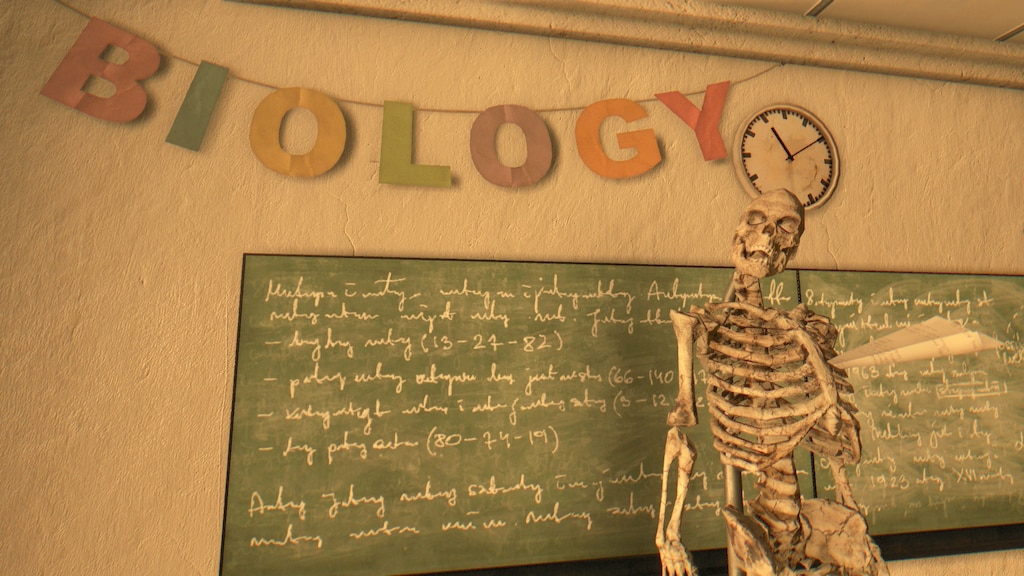 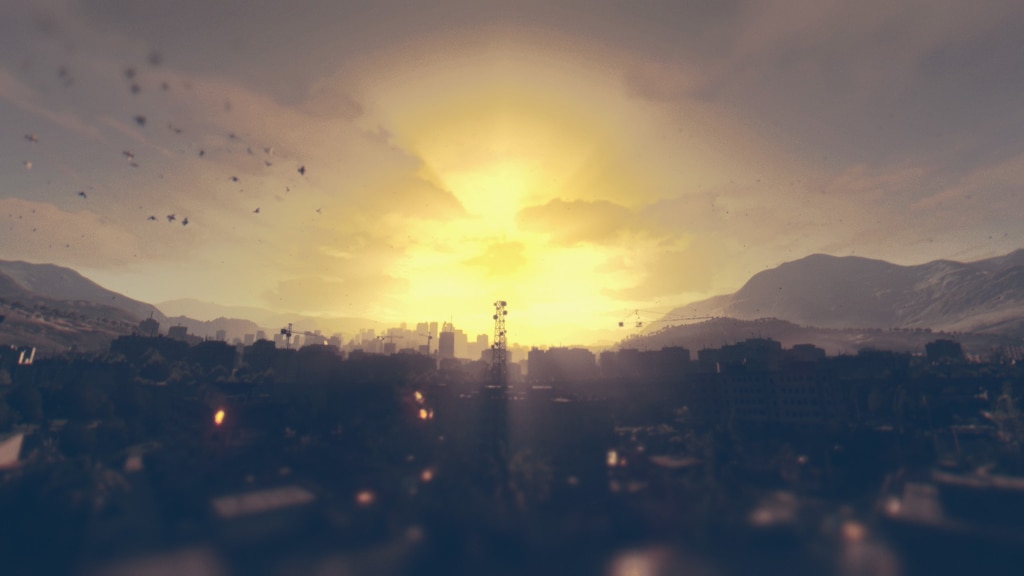 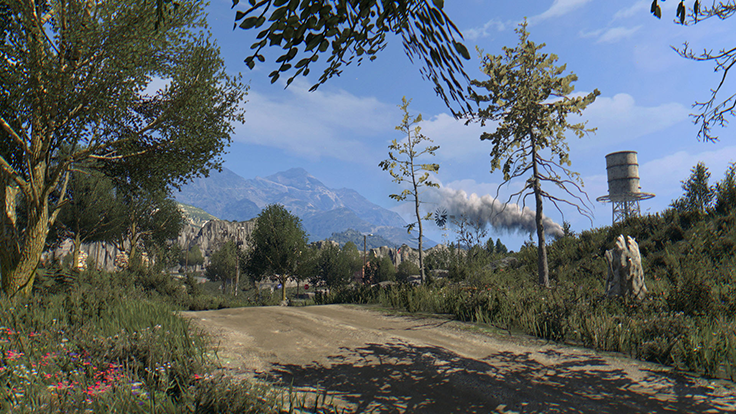 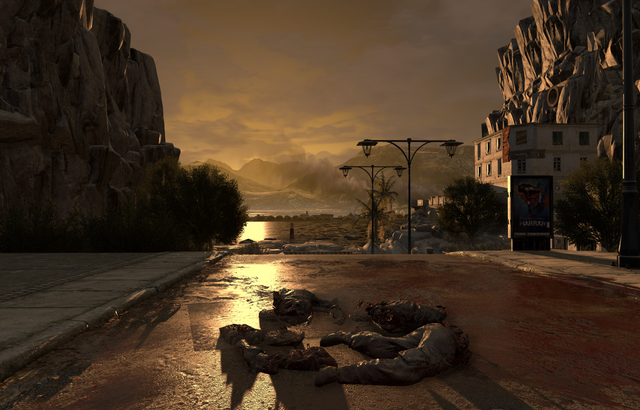 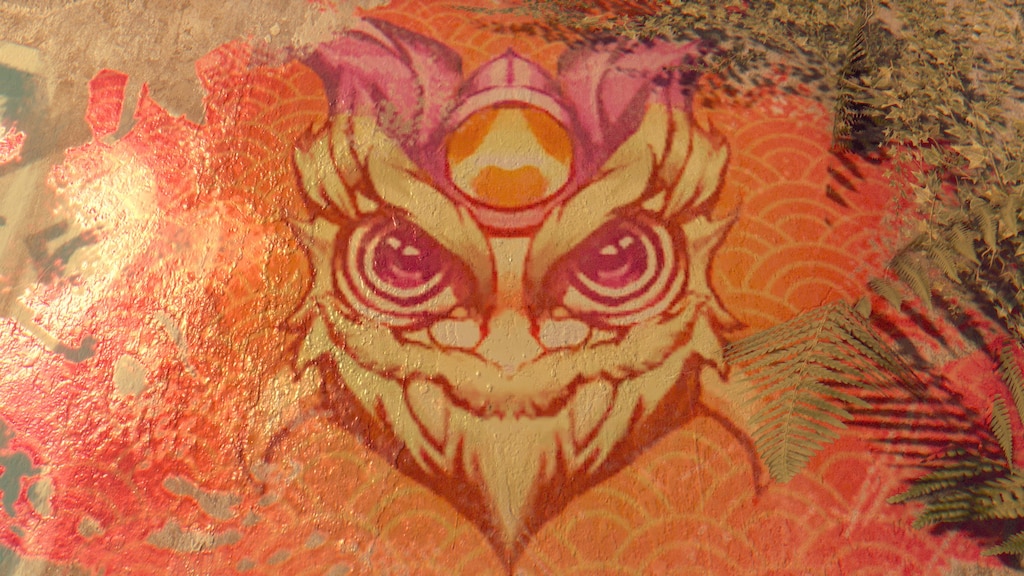 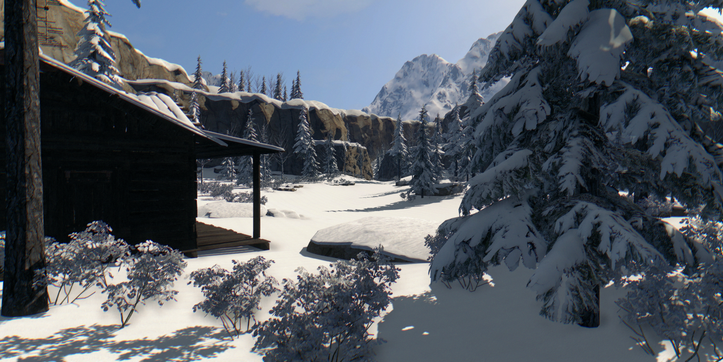 Recommended
37.3 hrs on record
Amazing story, amazing graphics, amazing parkour mechanics, but not so amazing when a bomber appears out of nowhere --'
I had a good time kicking zombies off rooftops, 11/10
How many volatiles do I want at night? Yes.
+ If you haven't played this game yet, what are you waiting for? 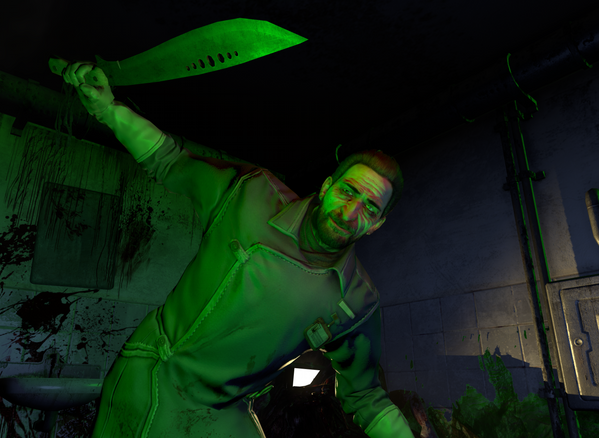 Recommended
109.4 hrs on record
Dying Light is an open-world survival game which involves zombies of different types such as volatiles that appear during the night coming from theirs nests, demolishers with abilities of charging and throwing rocks from the ground, infected zombies, bolters that run away when they are seen by you and giants zombies which I call them the leaders of the infected zombies that attacks with a big ball chain.

Dying Light starts with a tutorial that helps the people starting with the game to get used to it. The game involves character progression with level system and outfits, each outfit is collected by doing different challenges and completing quests.

There are heavy weapons that work by levels which you have to get the right level of the survivor to be able to use the specific weapon and abilities such as grapple or the grappling hook. There are guns in the game and you can use them but beware firing attracts more and more zombies and ammo is hard to find.

You can buy guns and ammo in the trade shop but is limited which means that you may not find guns ammo in some trade shops. For quiet range attacks, I suggest using a bow, crossbow, or silenced pistol.

The DLCs for this game are quite great. I bought the enhanced edition long time ago but had left it for some reasons but when I used to play the game again since December 2019 I was really addicted to the game that made me complete the main story and The Following DLC story and now in 2020 I have been continuing playing it. I will continue playing it to not forget the abilities of parkour that is great in this game and another reason I will continue playing is that the game is getting updated frequently with community events and small DLCs such as the Retrowave bundle that I have already bought because looks nice.

There is also a co-op system which makes this even more fun and a PVP that consists of one being a volatile and the other being a human.

It has a bug on the "Till the end" achievement that did not pop up because you have to follow certain steps but finally, I got it by the help of a good mate that is an excellent player in this game. The game has incredibly satisfying gameplay and the way of customising weapons to get better stats is great and fabulous as well as adding an effect to specific weapons such as the elemental, electric and toxic.

I would definitely recommend this game to the players who like playing open-world survival games related to zombies. 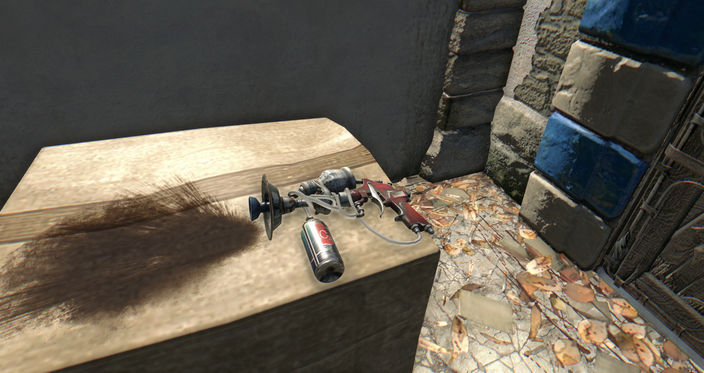 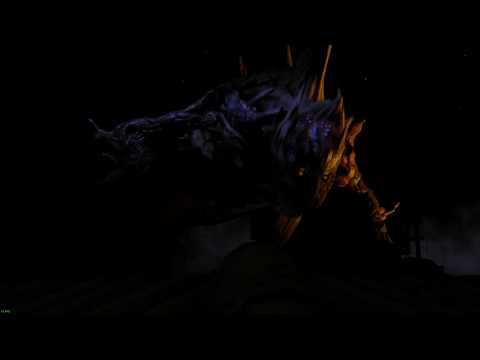 Recommended
21.7 hrs on record
a really good and fun to play coop game with other friends in case you are scared playing it alone 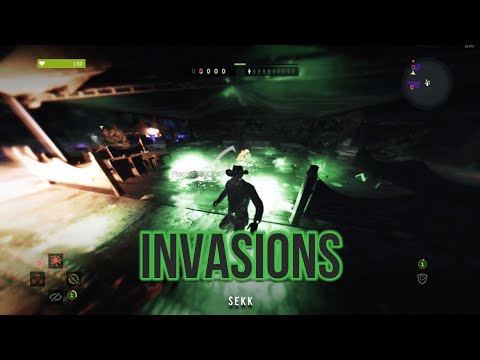 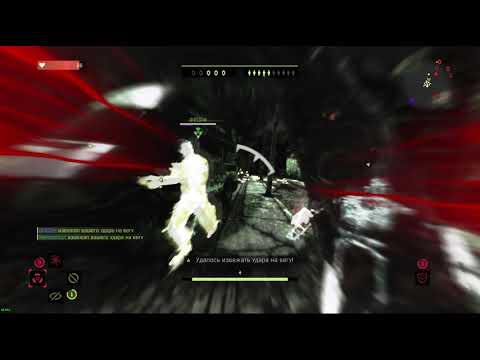 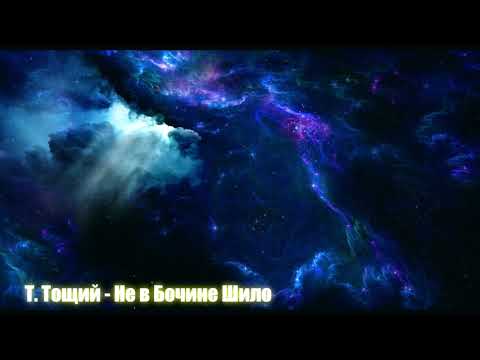 Good Night Good Luck
For visual purposes so that your profile is beautiful.
3

Reported noob
View all guides
Save Christmas in Dying Light's Winter Event
Dec 19, 2019
Super-Crane saves Christmas in Dying Light’s Winter Event
The undead are trying to ruin Christmas, but fear not, because Super-Crane is back to save the day! Make children in Harran happy by collecting as many presents as you can and delivering them to quartermasters. You’ll find lost gifts in airdrops, Rais’ supply stashes, and quarantine zones, but some got stolen by mischievous Bolters. These scoundrels will make a run for it as soon as they see you (and damn, they’re fast!) but that’s when Super-Crane’s enhanced grappling hook comes in handy.

Tiny Goblin Zombies on the other hand chase you on sight. They might look cute in their little green jackets and striped pants, but you’ll quickly learn they are mean! Just like thieving Bolters, they’re more numerous in Old Town than the Slums, but instead of presents they drop Christmas Snacks that grant you various short-lasting buffs. You can consume those treats right away or you can use them to make Grandma’s Eggnog that temporarily boosts your stamina, armor, and speed. To be able to do that, you’ll need to complete your personal bounty, as it rewards you with blueprints for Grandma’s Eggnog, Snowball (a throwable that freezes enemies in place), and the Santa’s Helper outfit. If the community collects enough presents before the event ends at 19:00 CET on January 2, you will also receive a docket for the Candy Cane weapon blueprint.

Have fun playing around with your grappling hook as you strive to restore the Christmas spirit in Harran!

ryan
1 hour ago
Developer Tools Discussions
The Following makes me sick
Just started TF for the first time! Never been too keen on replacing parkour with driving, but I wanted to give it a shot. And I feel like vomiting; and I don't mean that I don't like it. I feel nausea. Is there a way to make the car less "shaky"?
20

Danke～ です！
11 hours ago
General Discussions
Whats about this event?
It says that i should kill 100 zombies but after I killed 200 of them it is still 0/100
5 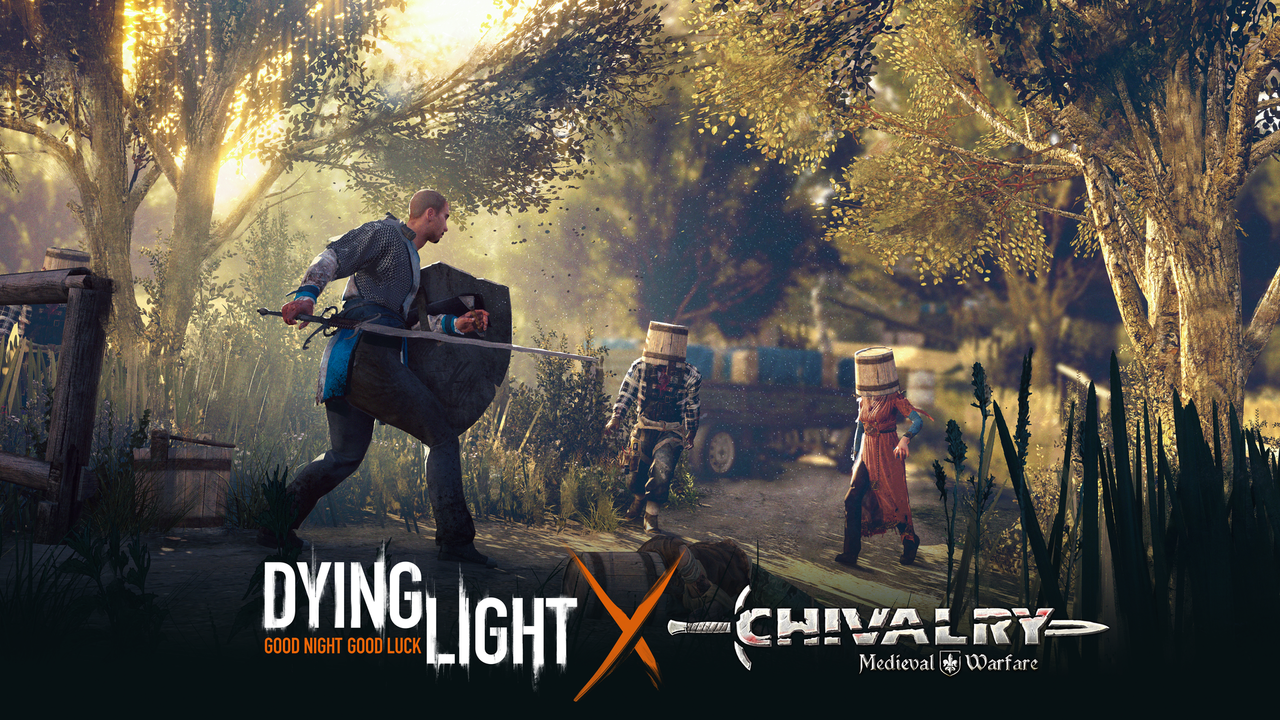 Warriors of Harran, we call upon you to rise in great numbers against the evil swarming our realm. As you travel the land, you will often come across a chance to prove your valor by engaging in a random encounter. Help your brave countrymen fight off those who have risen from their graves to plague us. Don’t let the undead abominations devour the helpless. Save the innocents from a cruel fate at the hands of Rais’ brigands, and stand up to the wicked warlord by challenging his men and looting airdrops.

Become Harran’s shield against evil and you shall be rewarded not only with eternal glory, but also with more tangible spoils. Perform enough gallant acts to claim gold gear forged especially for this crossover event – the mighty Zweihander sword and the sturdy Medieval Shield emblazoned with the Agatha Knights’ cross. Should the community reach its goal, every brave soul who contributed with their knightly deeds shall be paid for their service with a docket for the exclusive Knight-errant outfit.

The event ends at 19:00 CET on December 16, but the Zweihander and two variants of the Medieval Shield (Agatha Knights/Mason Order) can become a permanent addition to your armory thanks to the free Chivalry Weapon Pack!
https://store.steampowered.com/app/1184351/Dying_Light__Chivalry_Weapon_Pack/