Giana Sisters: Twisted Dreams is a blistering hardcore platformer with contrasting worlds.
$14.99
Shopseite besuchen
Die beliebtesten offiziellen und von der Community erstellten Inhalte der letzten Woche.  (?)
Linux Version Statement.
Hey everyone. As there is 3 posts about linux for Giana Sisters and our stand alone rise of the owlverlord, the community asked for a sticky about the subject with all info gathered. So here we go. A linux version is 100% coming during 2015, we did outsource this to another company as we are busy with Dieselstormers at the office, so we do not have a ETA yet. I will post as soon as I have a date ofc. So please show us the same patience you have so far and you will get linux support for Giana SIster a...
894 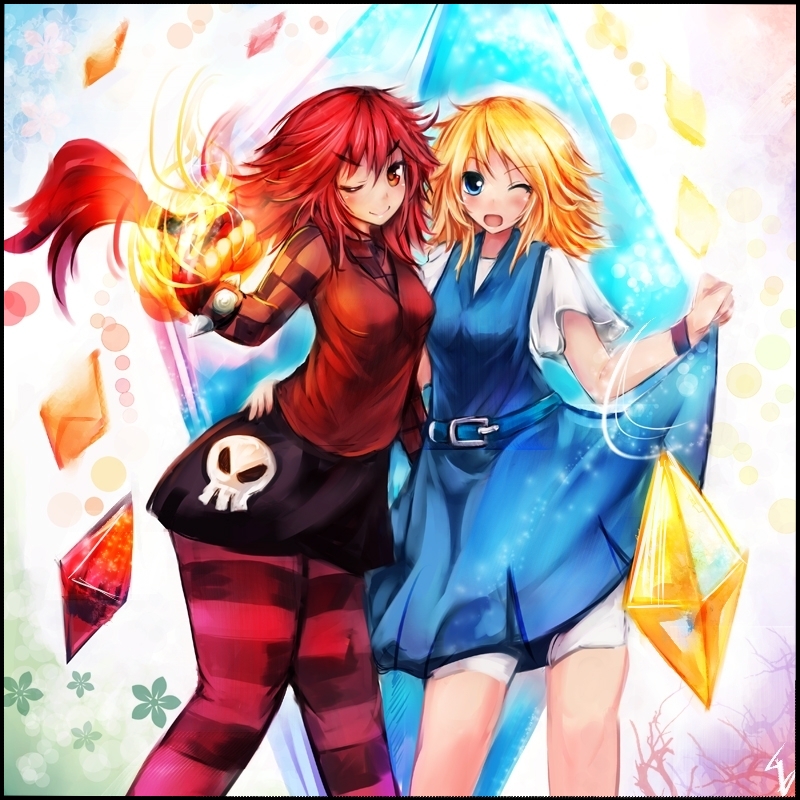 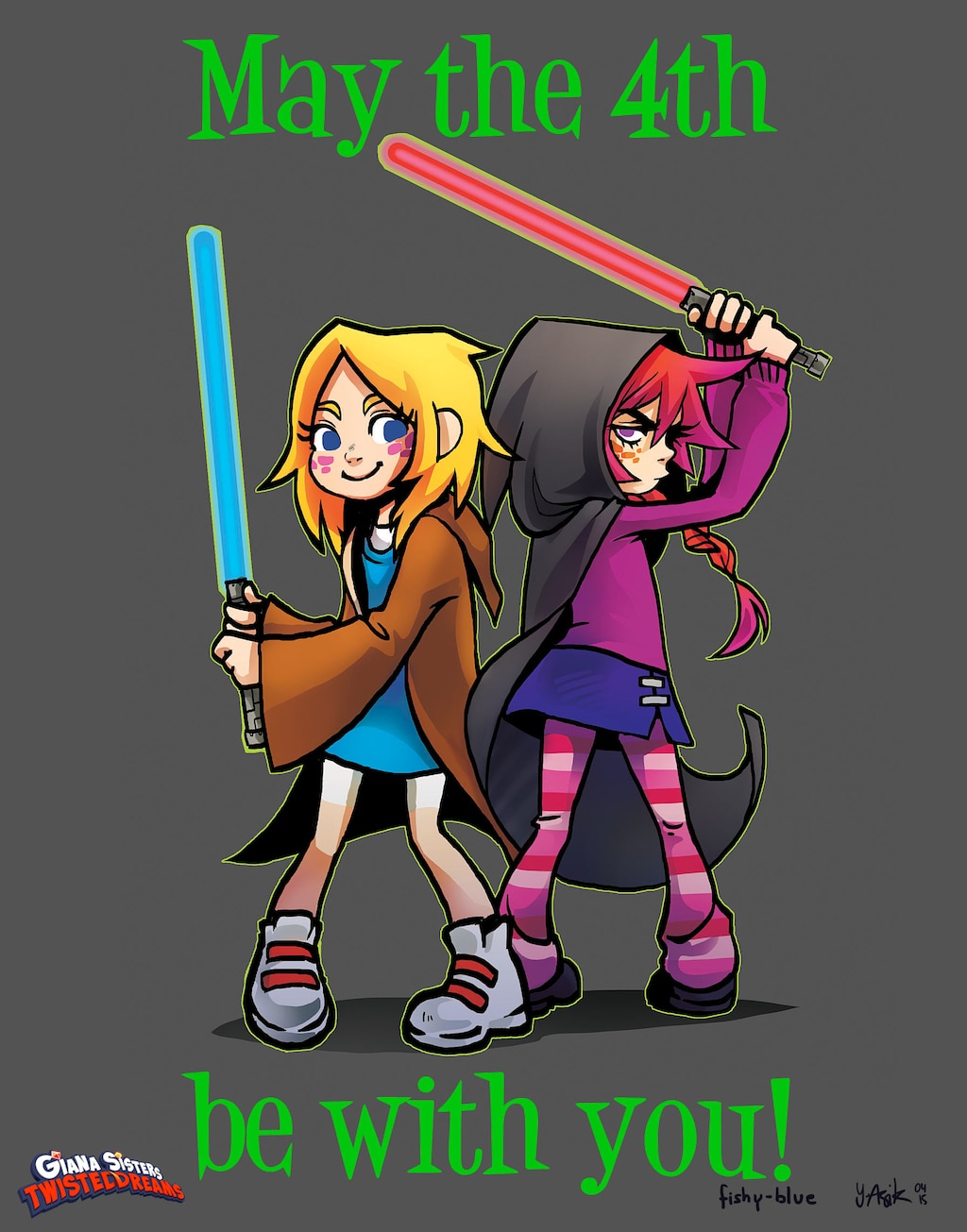 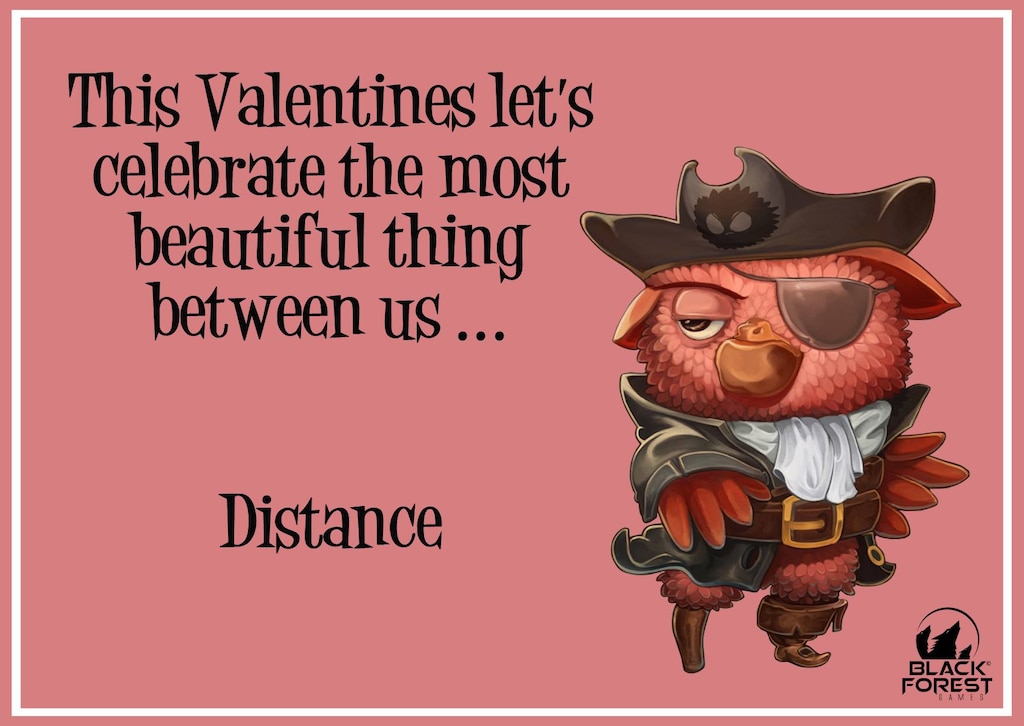 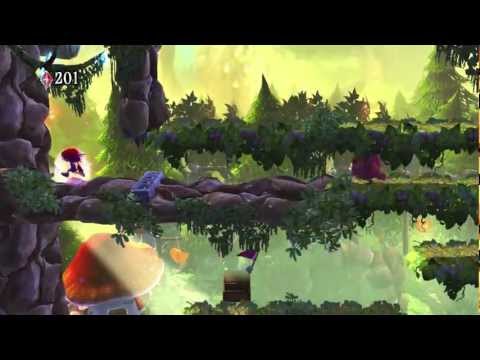 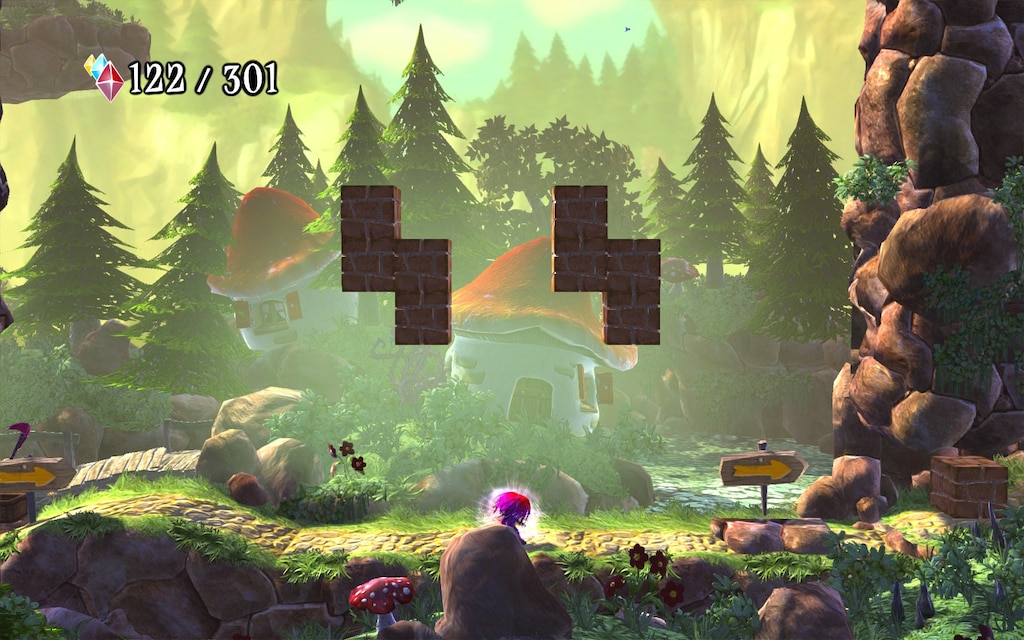 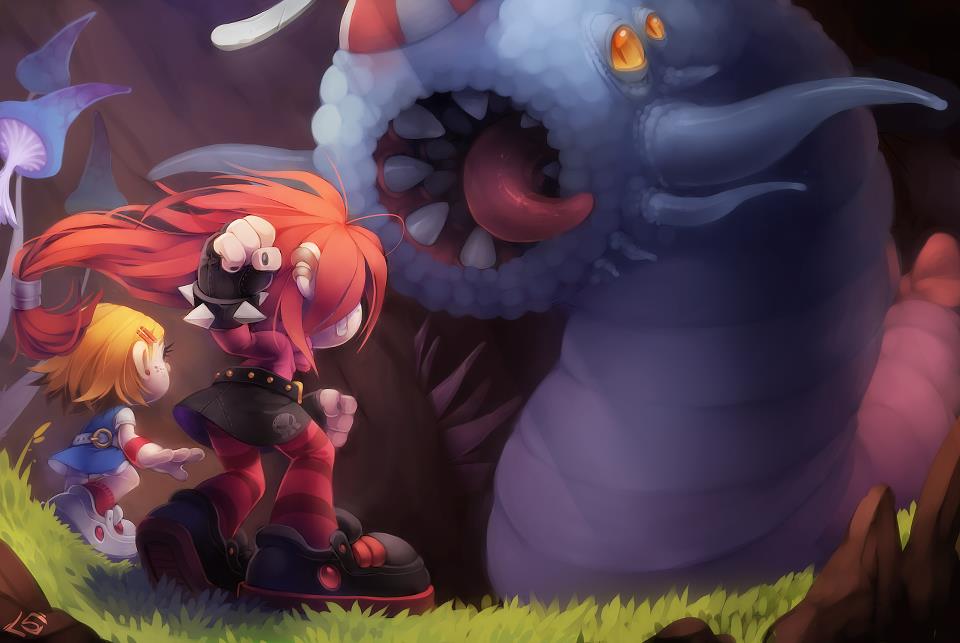 Video Guide: Gem Locations
A video guide showing you the location of all gems in Giana Sisters Twisted Dreams, including special levels. Played with no deaths because, why not.
74 Bewertungen 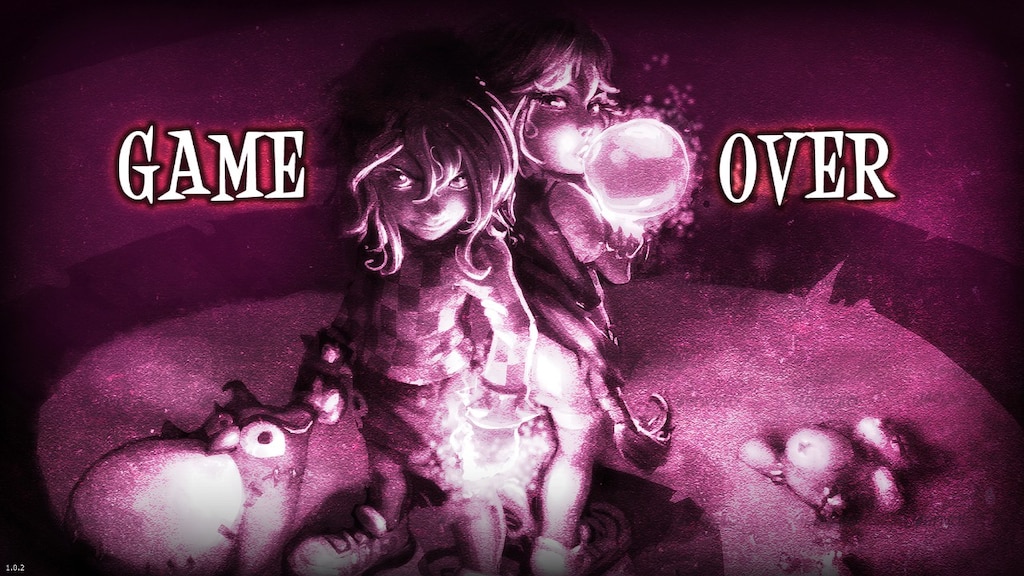 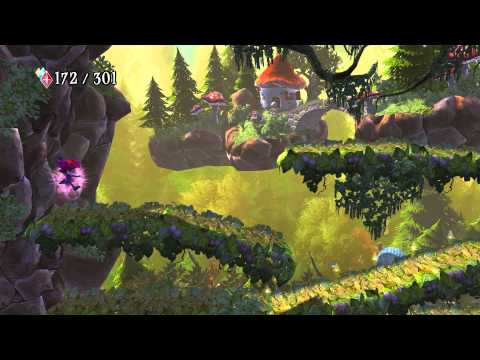 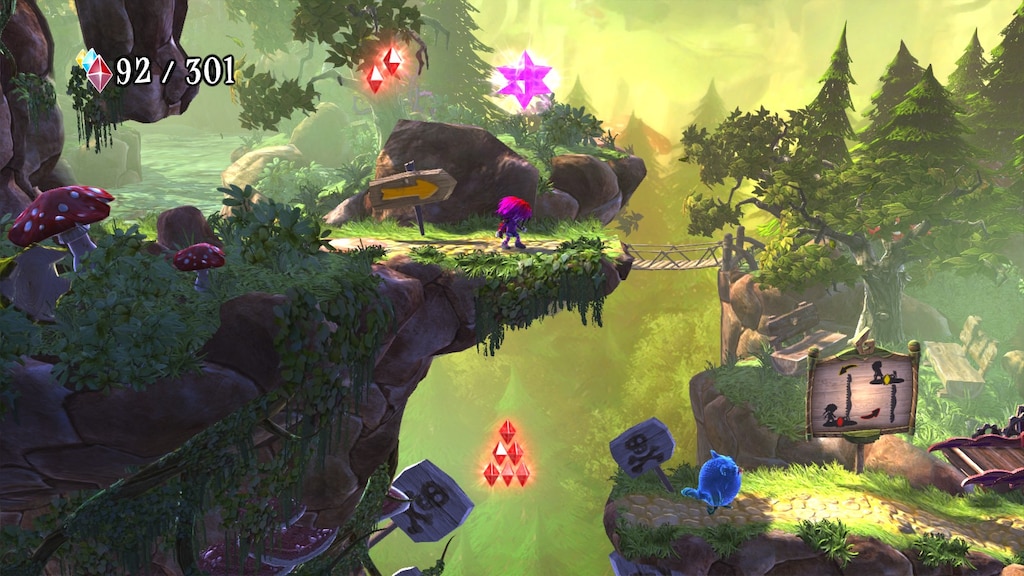 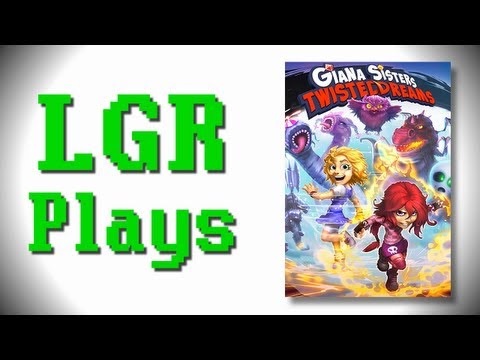 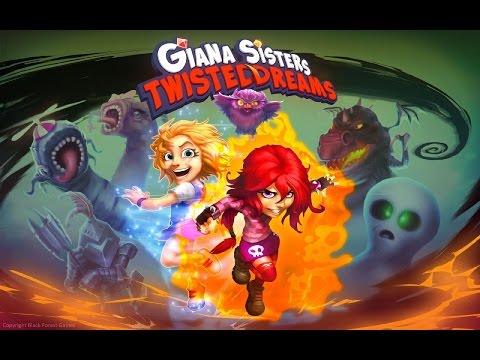 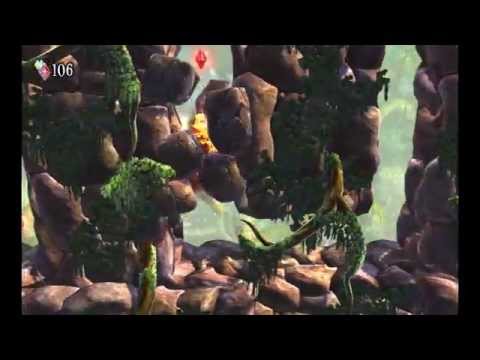 How to reset your progress
Why would you do that? No idea. But should you want to...

ReBoot
Alle Guides anzeigen
Will there be a new Giana Sister game? Other similar games to recommed?
It's been a while and was wondering if there are plans for future Giana Sisters game. It's one of the few platformers I really love on PC. At the same time, got anything new to recommend similar to the essence of this franchise? Thanks
3

TWiZTED
15. Apr. um 21:25 Uhr
Allgemeine Diskussionen
(Updated) Help with issues after updating game to version 1.1
Hi, Update: I uploaded a hotfix for some of the issues. I crossed off these from the list below and added a few more items. Let me start off by saying sorry to all who encountered issues after patching. We did a good amount of in-house testing as well
151

Evilnapkin
15. Apr. um 21:23 Uhr
Allgemeine Diskussionen
Game crashes
Hi just purchased twistzed dreams... Game starts nicely but it crahses when I actually want to load a leve. In fact, with dricecx 9 setting i can play stage 1-1 but not 1-2 and thereafter... with drectx 10/11 it does not even start stage 1-1.. When I load the pages, screen goes dark and game stops... Can anyone help`?...
10

Why don’t I like this game?
I am a man who enjoys his platformers. Whether they are 2D or 3D platformers, I generally tend to enjoy jumping my way through a level all while collecting everything and maybe fighting a boss every now and then. On paper, I should be in love with Giana Sisters: Twisted Dreams but, as I was playing it, I just didn’t find it that fun. The game does a lot of things really well but, at the same time, I felt really bored playing this game.

A sister in need
I had to look at a wiki just so I can understand the plot of this game. Basically, there are two sisters: Giana and Maria. Maria gets kidnapped and taken to the dream world and Giana goes after her. Upon arriving a dragon swallows Maria but she is still alive inside the dragon’s belly. This is where it gets confusing? Giana then gains the ability to transform into her darker persona at will. Now, I thought that Maria (the sister who got swallowed by the dragon) somehow transferred her power to Giana and that’s how she could transform but, as it turns out, Giana just had that power from the start. Oh, well. It’s up to Giana to go from stage to stage and rescue her sister.

2D platformer with transformations
Even though the game and the character models are done very much in 3D, the gameplay is a pure 2D platformer. It reminds me a lot of Jazz Jackrabbit 2 if anyone remembers that game. Each level has a bunch of platforms, lots of collectables, many secret areas and a few puzzles. You have to get to end of the level while dying as few times as you can and collecting as much treasure as well.

The biggest twist to this game is the Giana’s ability to transform. Giana starts the game as a blonde, cute-looking, girl but with the press of a button she transforms into a rebellious, red-headed, punk version of herself. The transformation is instant and you’ll be using it a constantly during this game. The blonde version of Giana has a swirl ability which acts as a double jump and a glide. The punk version of Giana has a fire attack that acts as a way to deal with enemies, break walls and dash.

While transforming is a cool mechanic, when you have to do it so frequently, you gotta ask: Why didn’t the developers just have one character both dash and swirl? And that’s the thing, you CAN dash and swirl with the same character. Even when you play as cute blond Giana, if you press the dash button, she will dash and transform during the dash and the same goes for the swirl ability.

The presentation transforms too
While you are looking at both versions of Giana, you’ll also be looking at two versions of each level. When Giana transforms so does the world and the music. I think each version of Giana has a different idea of what hell looks like, so she only sees what she finds grueling. Cute blonde Giana will see a hellish environment filled with demons, volcanic rocks, pitchforks, skeletons and other standard hell related things. On the other hand, the redhead punk Giana will see a pleasant world filled with green grass, bunnies, cute creatures, nice waterfalls and other grotesque things (for the punk Giana).

Not only that, but the music also shifts. While each level has its own theme the style changes based on which version of Giana you are playing. The blonde Giana will hear a more classical instruments in her tune while the punk Giana will hear a rocking guitar and drums. I really liked this mechanic.

Boring levels with some good puzzles
On each level there are a few puzzles where you have to quickly use transformation abilities and precise jumps in order to continue. I liked these. I didn’t like the rest. After a few hours, each level felt the same. It’s just the same type of level with different platforms and different secrets. Nothing really changes up the gameplay as you keep progressing. Sure, the platforming gets harder and some puzzles get a bit more challenging but the game stays pretty much the same during the entire play through. It gets old really fast.

There are collectables, of course, in form of jewels. These are hidden in each level and sometimes you have to really go looking for them. They can be hidden behind fake walls, breakable walls and sometimes you’ll even have to do some backtracking to get them.

After each level you will be given a score on how well you did. The score is based on how many gems you’ve collected and how few times you died. Dying in this game sends you back to the last checkpoint but also lowers your level score, so it’s still annoying.

Great running start but the race drags on and on
I liked the idea of Giana Sisters. I like the transformations, how the world also transforms, the music is nice and the controls are fine too. I don’t like that, after a while, each level feels the same and the game never does anything unexpected or wild to rock the boat. I got bored of the game after a few hours.

Still, I can’t really label Giana Sisters: Twisted Dreams as a bad game. If you found anything from my review interesting you just may enjoy this game more than me. It may be worth picking up on a sale. As for me, I think I will have to pass.

Next game: Go! Go! Nippon! My first Trip to Japan

If you liked my review, feel free to follow my curator group. I’m trying to review every single game in my library. Seeing and interacting with fine folks, like you, keeps my motivation up.
https://steamcommunity.com/groups/RevAMG