KingSimpson369
Vor 7 Minuten
Allgemeine Diskussionen
Is There No 100% Total Conversion Of Half-Life 1 Into This Engine?
I just spent about an hour searching for this. I have of course found Black Mesa. But that's a "re-imagining." I've read that it's "about 85% of the first game." Whatever that means. I just want a direct 100% one-to-one ... "translation?" .. no. Yeah. Whatever, you know what i mean. LOL .... Or perhaps I should be looking for a mod for Half-Life 1. I haven't really done that yet....
8

Your Average Sapper
Vor 1 Stunde
Allgemeine Diskussionen
this ggame copyied Garry mod
this game is pretty fun but i noticed a lot of the props and npcs are from garrys mod and i was wondering if this is some sort of copyright infringement of garry like doesnt he have the rights to that stuff like the people in the blue shirts it seems like stolen content to me but what do u guys thinck...
23 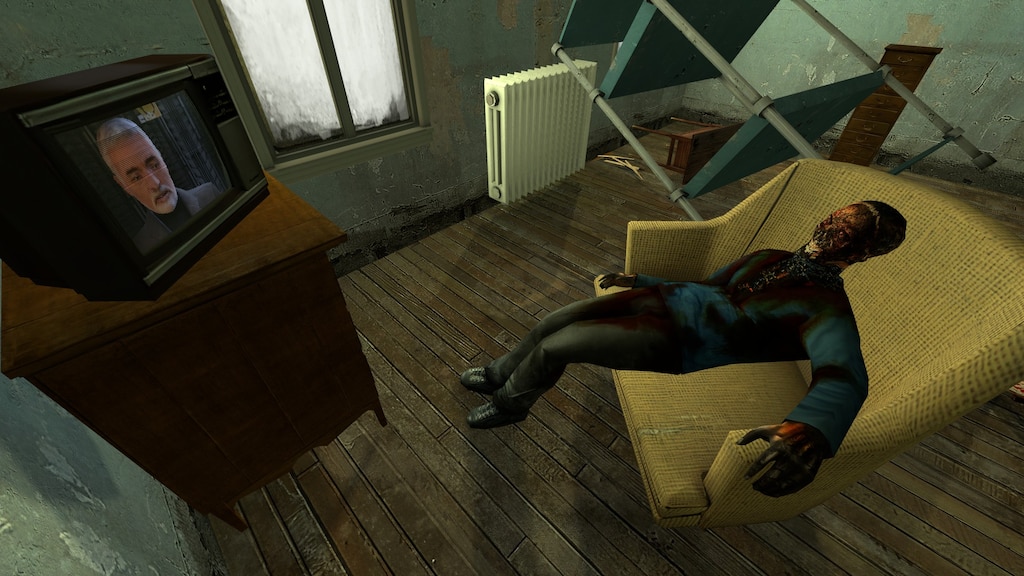 🏆 Lambda Locator - All Locations Detailed
This guide compiles the location of all caches in Half-Life 2, includes gifs for each location to have a clear reference. and certain tricks that will help you to obtain this difficult achievement. https://i.imgur.com/cy41zws.png [url=https://...
33 Bewertungen

Empfohlen
46.0 Std. insgesamt
RISE AND SHINE, MISTER FREEMAN... RISE AND SHIIIIIINE
Boy oh boy I was ecstatic when Half Life 2 released back in 2004. Picked the game after work... went to a kicka$$ Marilyn Manson concert @Montreal then once back home... even drunk AF, I just had to play and start this magnificent game! HL2 was delayed a few times, especially because of hacking back in 2003. Portions of the game got removed sadly.


Ah the extraordinary sequel to Half Life which oddly, I didn't played very often. Just like HL1 and its expansions, I haven't played HL2 in TEN YEARS... so since I just finished HL1, OP4, BLUESHIFT, BLACK MESA DEFINITIVE EDITION and HALF-LIFE ALYX, I was like... what the heck! Let's revisit HL2 while at it!

So what can be said about HL2? A masterpiece game. New engine, the SOURCE ENGINE helped craft this outstanding project. At launch, it was perfection. Now in 2021, it still manage to look great even for its age. HL2 runs pretty damn well on modern system and even support UltraWide monitor 21:9 ratio without any issues. (I did had issues to see the aim cursor at times since it is pretty tiny!).

Sounds, music, voice acting, level design, gameplay... everything is amazing of this game.

The only gripes I got with this game... the "crouch-jump", the many loading screens. Crouch-jumping works mostly okay but at times, doesn't register properly. Never liked that mechanic ever since the first Half Life game back in 1998. The many loading screens are still quite apparent to modern systems and surprisingly, takes some time to actually load. I could also add the NPC companions that follow you are mostly in the way but hey, that's just a personal little gripe!

Just like the first Half-Life game, the newcomers or those who never played Half-Life (which is a total BLASPHEMY in my PC Gamer bible), it is quite worth to play this masterpiece. In fact, I'd advice you start up with BLACK MESA DEFINITIVE EDITION then move on to HALF-LIFE 2.

So what's HALF-LIFE 2?
You're reprising the role of Gordon Freeman from HL1... and... well, everyone knows his story! He's been in stasis for 20 years and got awakened by that mysterious G-MAN. The right man for the job the G-Man says! So when's Gordon awakened, he quickly see that the Earth is not what it seems anymore. The COMBINE (CMB), a cross-universe/dimensional empire, have taken a foothold into the Earth. In fact, after the destruction of Nihilanth by Gordon Freeman in HL1 events, multiple portal storms occurred planet-wide and that caught the attention of the CMB. They invaded the Earth in a swift victory in the SEVEN HOURS WAR. Everything in the Earth got changed. The CMB are extracting the resources while subjugating its populace slave work. They got a suppression field that disables procreation. They even put something in the water to make you forget your whereabouts and even your own past! The CMB have different kind of soldiers, who were past cops/soldiers of the Earth. They got brainwashed and to have better conditions in life, they now serve the CMB.

That is when he get's to fight for his own survival at first but eventually, becomes a legendary hero for the Human Resistance war against the COMBINE...

I highly suggest you go read the whole backstory of the Combine. The lore is deep and very interesting!
COMBINE BENEFACTORS[half-life.fandom.com]


PROS:
+EVERYTHING?
Honestly, about everything this game offers you is excellent. Even the visuals still hold out great in this modern game age. Gameplay and especially the story is where the game shines the most in my opinion.

Main difference between the original and this sequel are:
+Driveable hover-boat, car.
+GRAVITY GUN (this is a game changer device and game mechanic!)
+New HEV SUIT! (sprint mode, zoom mode!).
+Companions that follows you in the game and helps you out (Alyx, Barney, Father Grigori).
+NPC squad control (both the human resistance and the Ant Lions aliens).
+Bigger scale of events
+AMAZING STORY (that is not to say HL1 story is bad...au contraire, I LOVE HL1 claustrophobic corridors and its Resonance Cascade aftermath still amazes me today. Love and love exploring that huge base!
+Game runs perfectly in UltraWide Monitor, 21:9 ratio. Your aim cursor is quite tiny though!

CONS:
-Crouch-jumping (just awful even today!).
-The many loading screens
-NPC squad being in the way at times.

OVERALL:
AMAZING FPS game worthy to revisit.
If you played BLACK MESA, give this game a shot.

RECOMMENDATION:
MASTERPIECE! ONE OF THE BEST GAME OF PC GAMING... IF NOT THE BEST.
If you love FPS gaming and haven't played HL2, PLAY IT ASAP! You are no FPS gamer in my book until you play it!
NO EXCUSES!

SO... OF COURSE I RECOMMEND! This game got my personal badge of honor! One of the few game that I can safely stamp MASTERPIECE all over it. HALF-LIFE 2 (just like the first iteration) is in my TOP 5 best games EVER. You can say that after eleven years, yeah I was due to replay it!

And on to continue my revisit of the Half-Life franchise to Half-Life 2 Episode 1 then Episode 2! 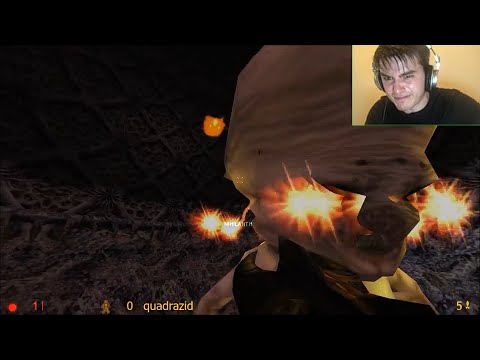 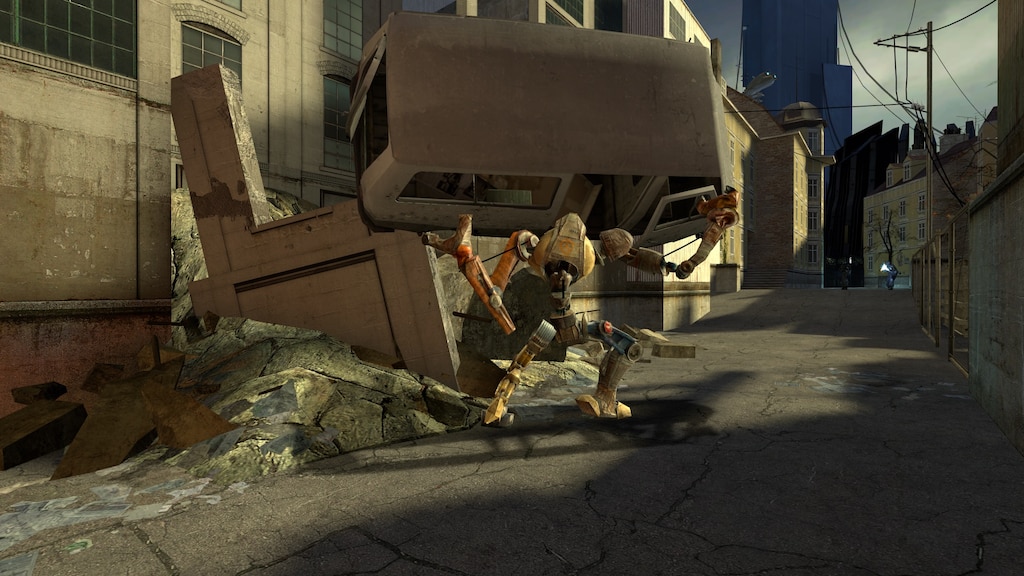 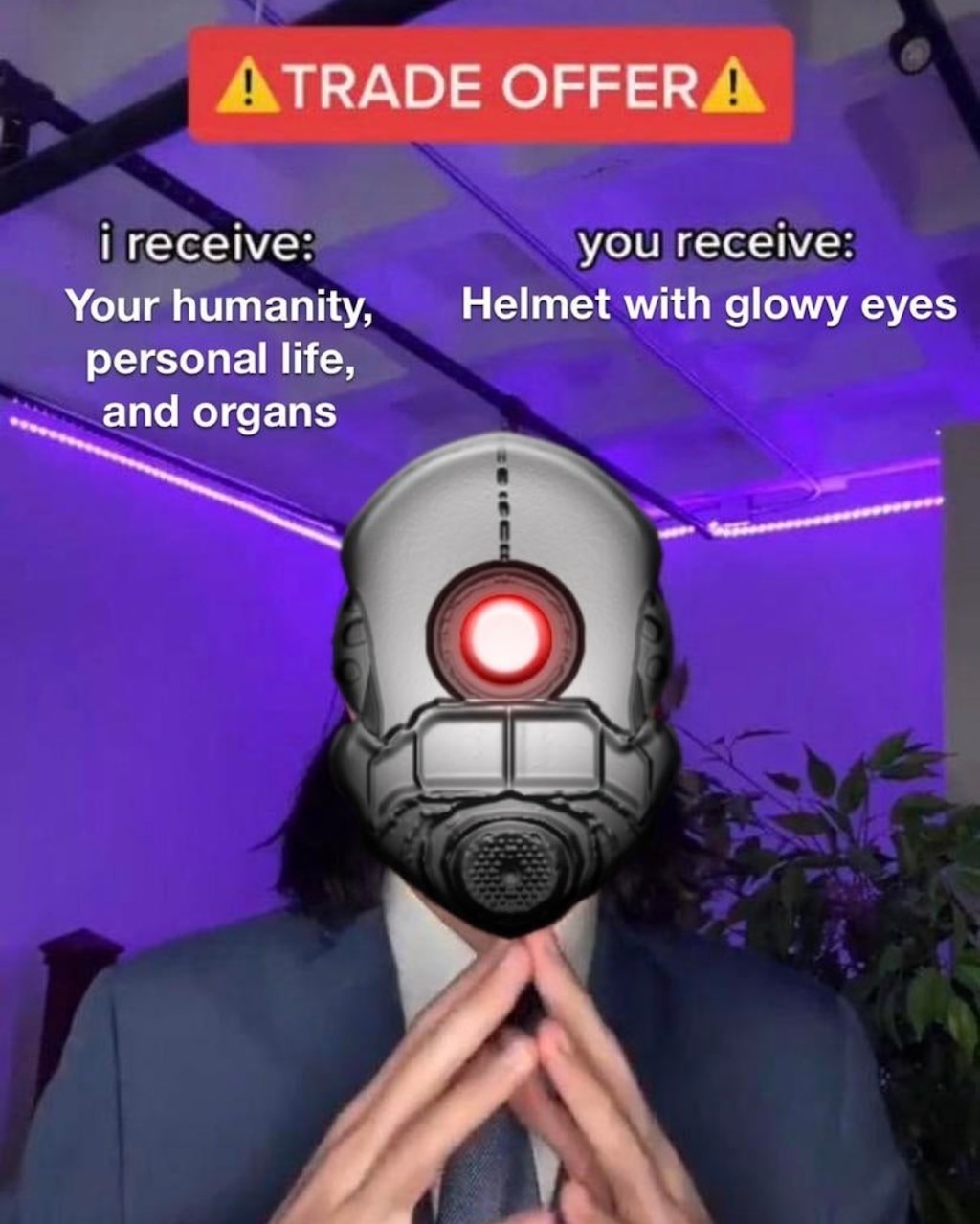 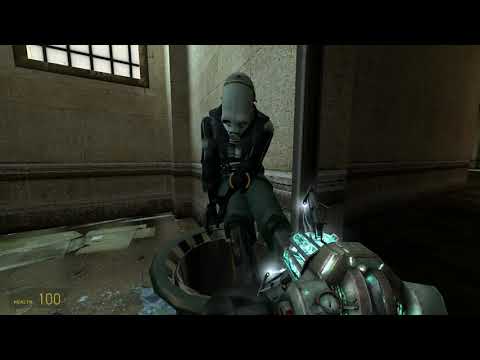 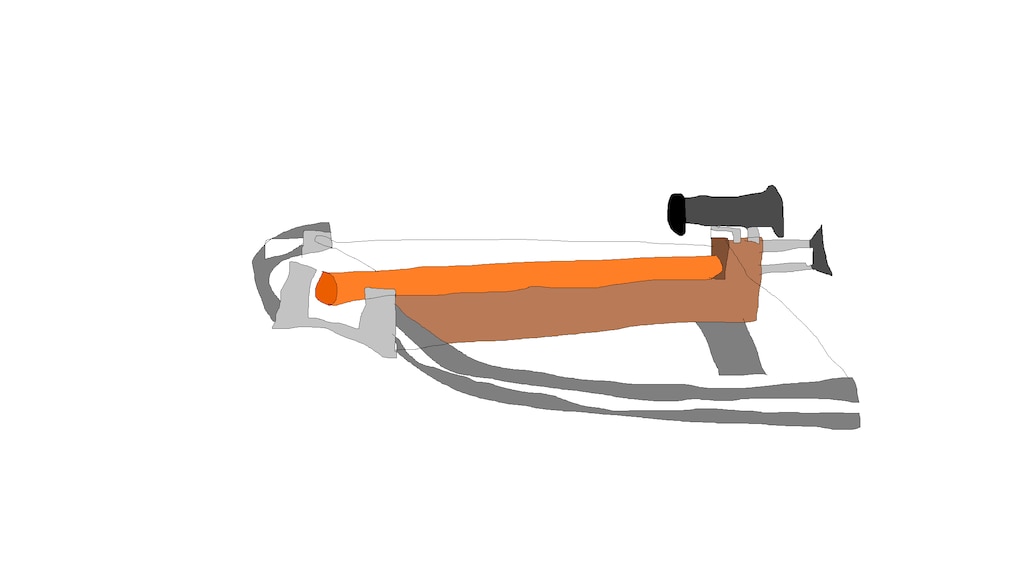 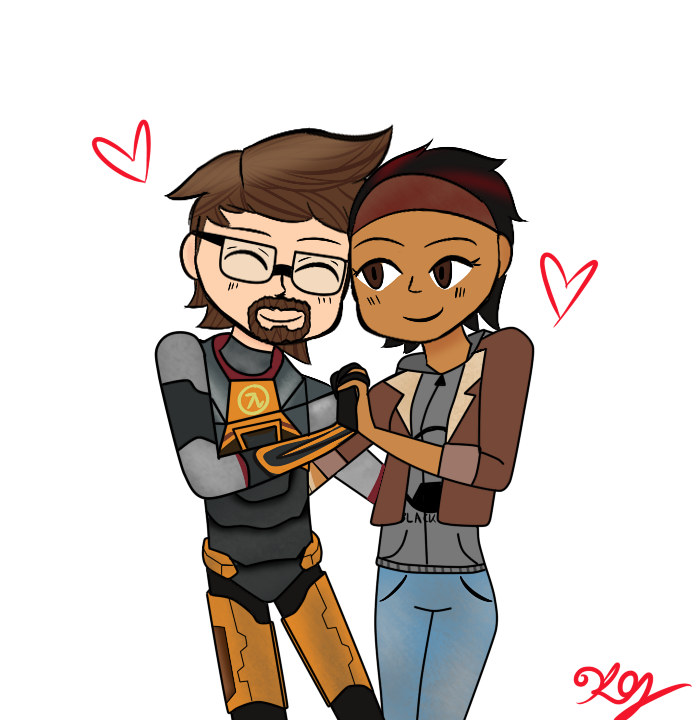 Empfohlen
6.8 Std. insgesamt
you can have sex with alyx 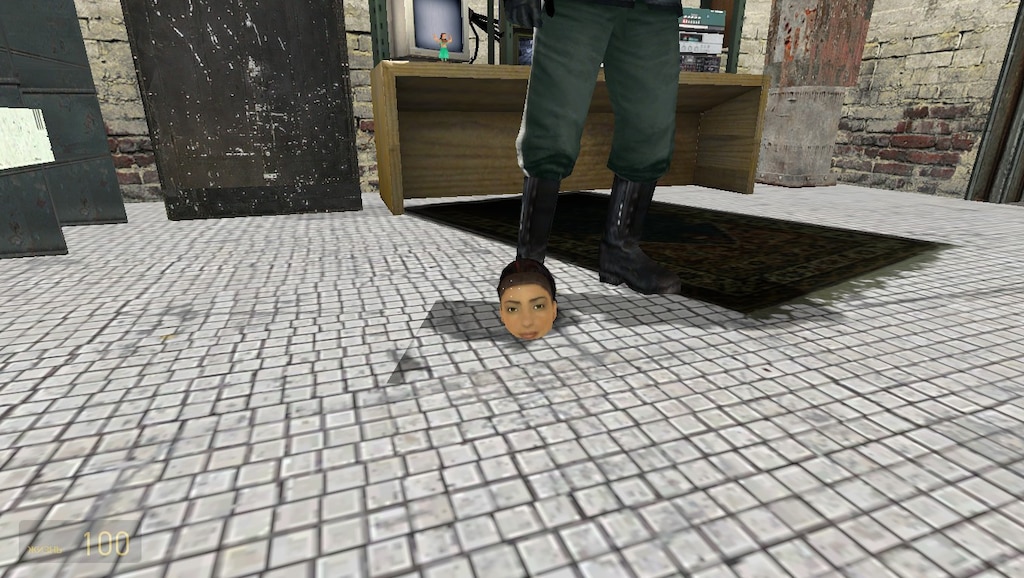 0
0
Alyx is as unusual as ever 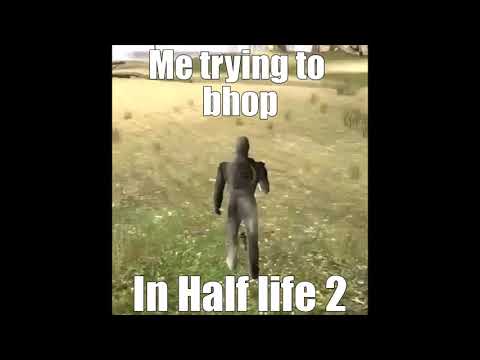 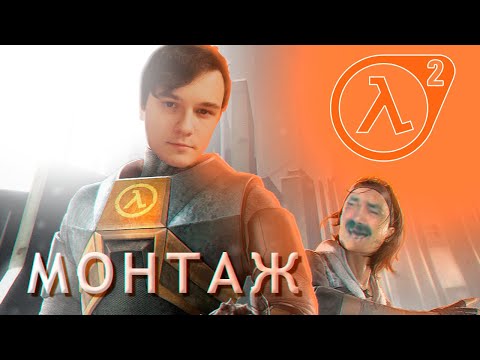 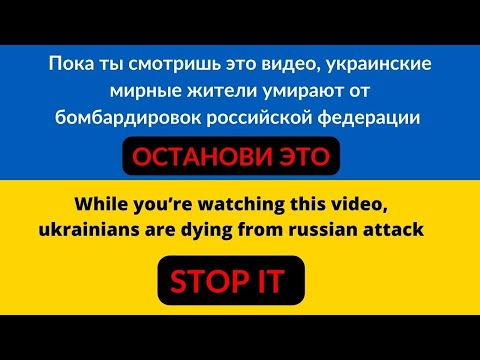