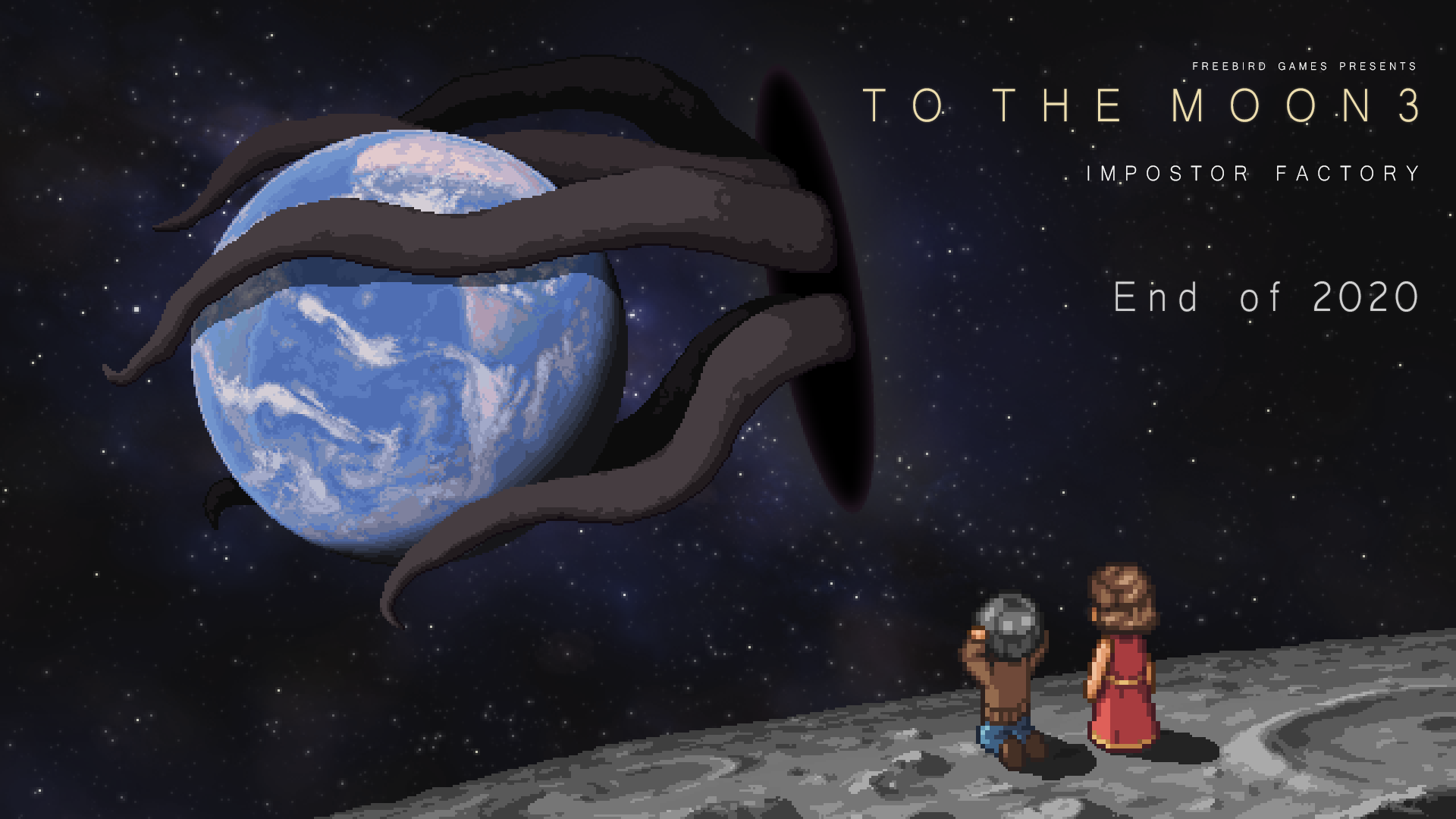 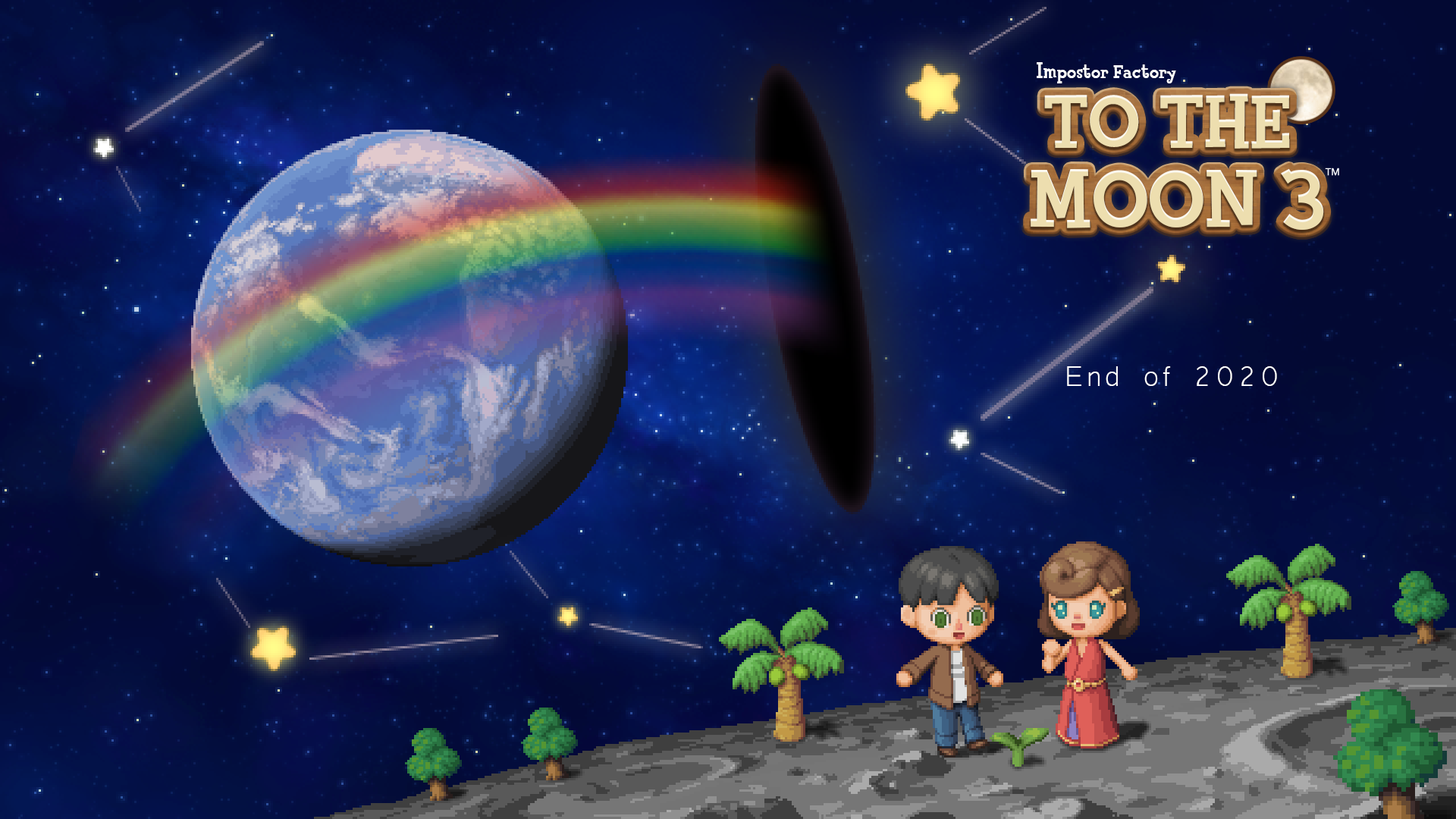 ( P.S. The Freebird team has been working from home since a couple of weeks ago, and will continue to do so as fit. Project progress is OK. Stay safe, everyone. ) 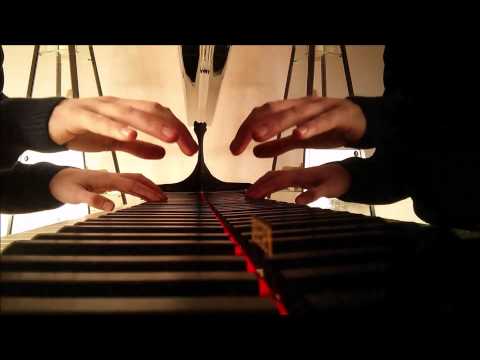 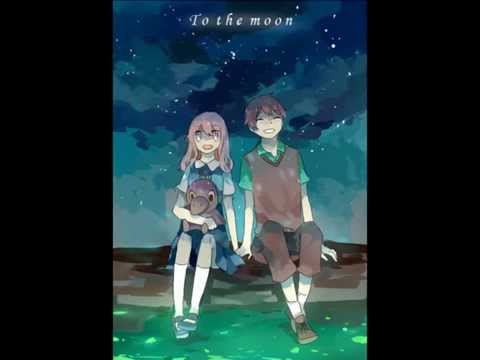 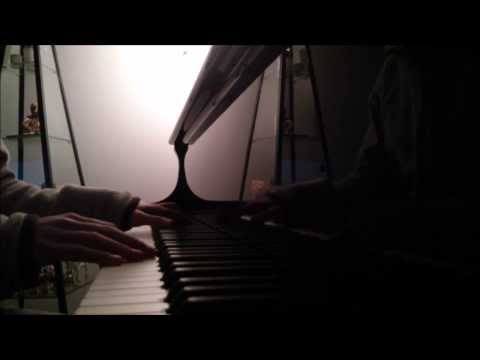 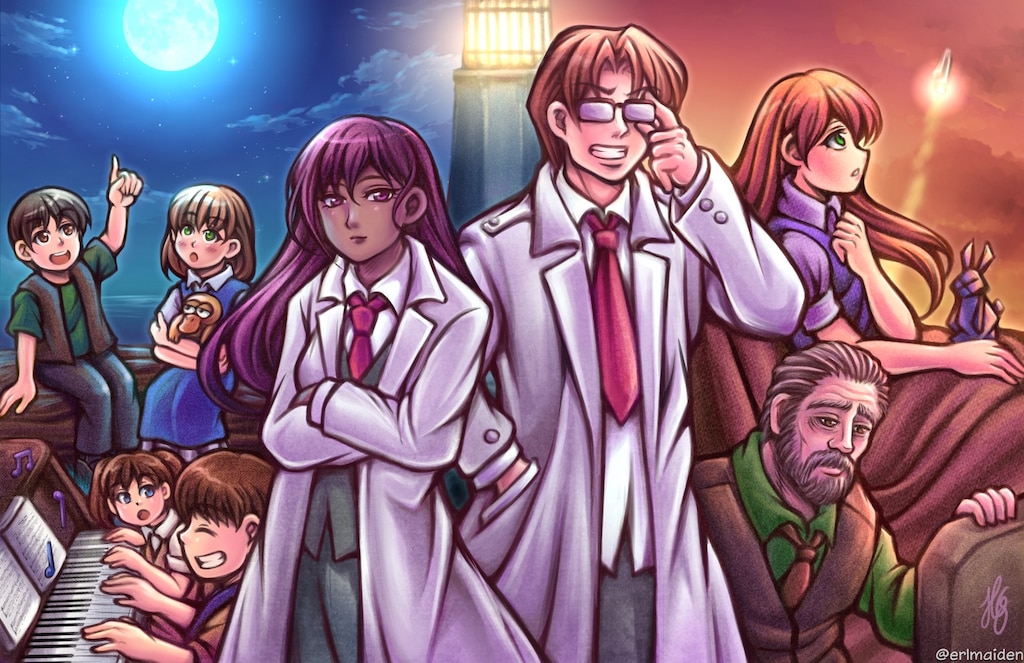 Memento Puzzles Perfect Solves
Here are the perfect solves for the memento puzzles found within Act 1. This guide will show the "ideal" minimum moves needed to solve each puzzle. I honestly don't know if it makes any difference at all as far as how many moves it takes to solve each pu...
13
125 Bewertungen 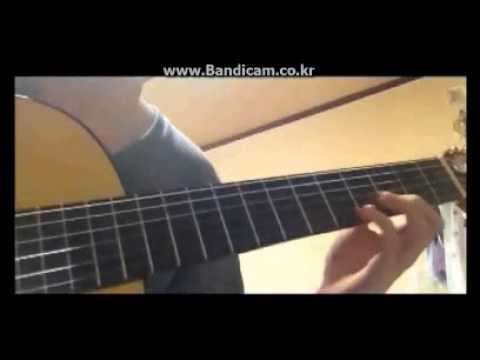 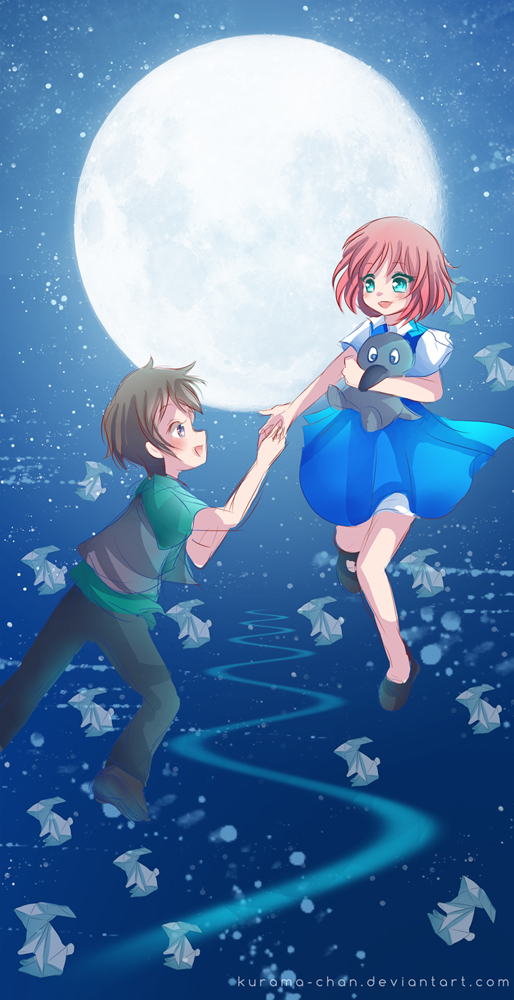 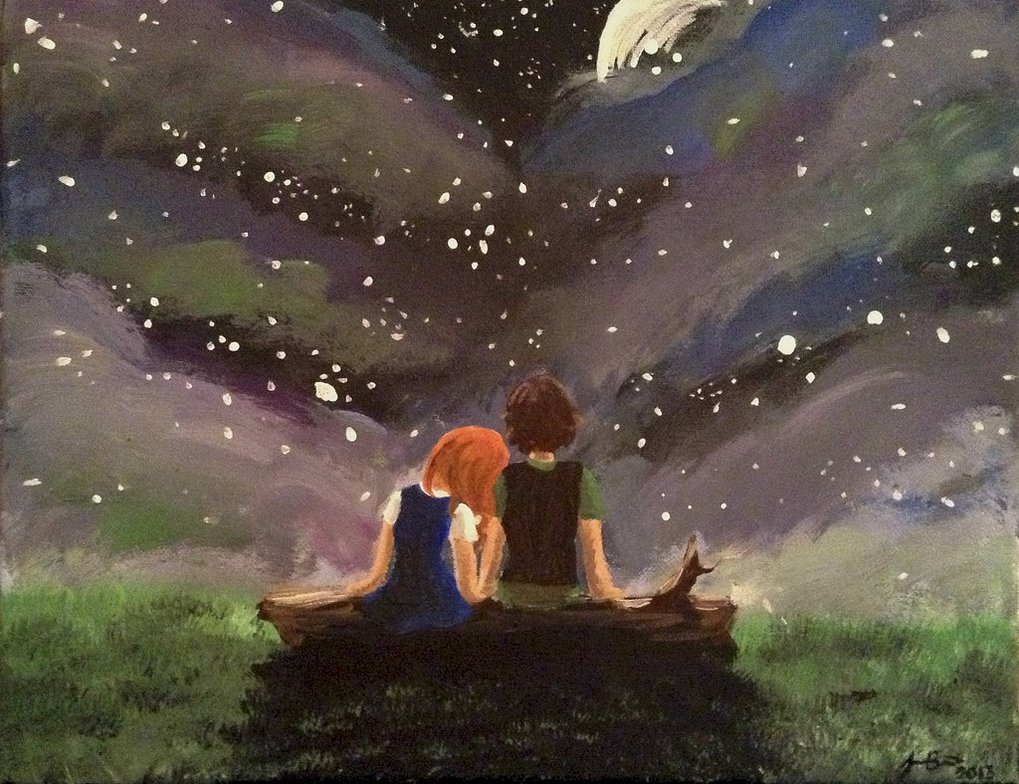 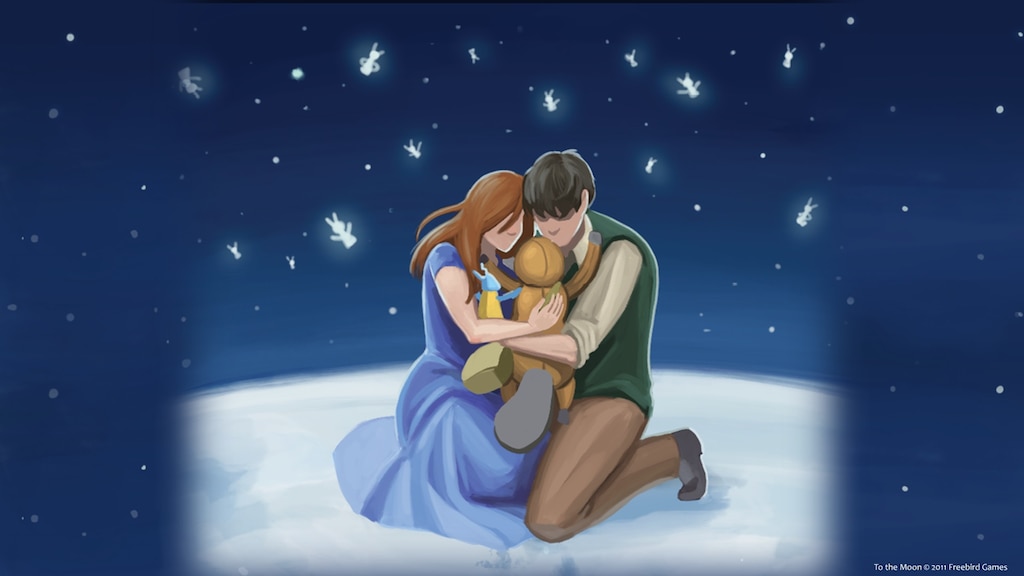 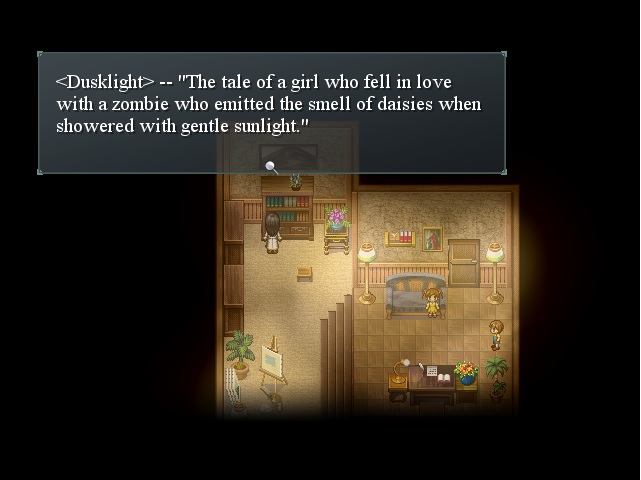 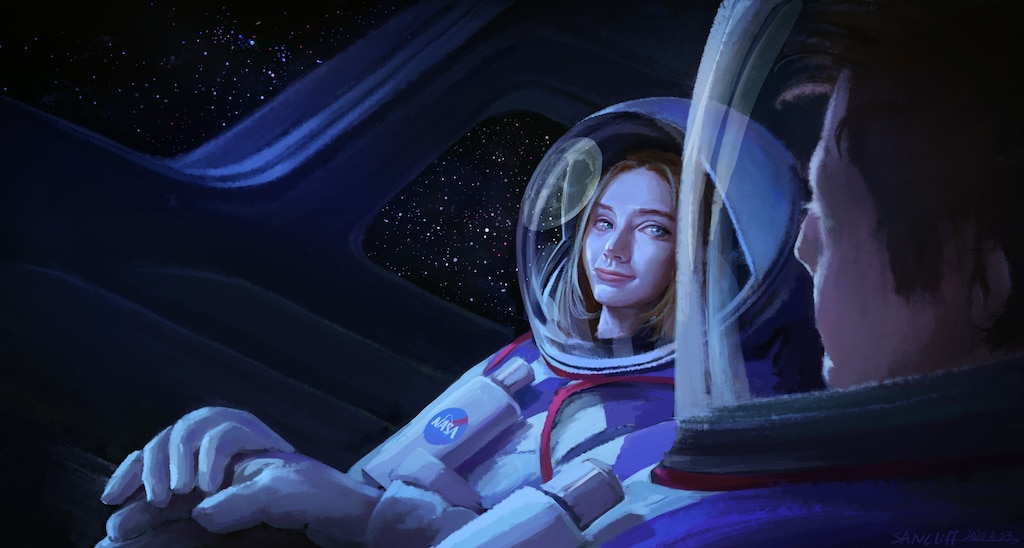 Empfohlen
8.1 Std. insgesamt
'Fly me to the moon
And let me play among the stars
Let me see what spring is like
On Jupiter and Mars'
- Bart Howard

Freebird Games' timeless creation of a story told in reverse was written, composed & directed by Kan Gao using RPGmaker XP, designed by Lannie Neely III alongside Kan Gao and features beautifully illustrated pixel designs & scenes from a mix of artists including Gabriela Aprile, Cecilie Posthumus, Alisa Tana as well as Kan Gao.
The OST has a wonderfully catchy blend of piano themes that soothe you into this sci-fi romantic tale like a crackling fire warms the soul. The main vocal song sung by Laura Shigihara (yes that creator of Rakuen among many other accolades) evokes emotions that would turn Danny Trejo into a 'hayfever' victim.

To the Moon is played over 3 Acts with Act 1 introducing us to Dr Neil Watts & Dr Eva Rosalene who are best described as 'Genies' because their roles are to make Johnny Wyles final wish come true; those who have seen the role Leonardo DiCaprio plays in the movie Inception will understand the comparison that best explains Dr Watts & Dr Rosalene's abilities.
They have the curious task of fulfilling Johnny Wyles' wish to travel to the Moon but as the 1st Act progresses we find that achieving this isn't as straight forward as they expected. In tracing back the memory sequences of Johnny Wyles' life they discover a stumbling block that prevents the wish so Dr Eva sets out to uncover why this memory block exists and finds a solution in Act 2 leading us to the revelations and answers that demand an unexpected 'fix' that unveils the final wish to be granted in Act 3.

There is an undeniable chemistry throughout this that exists between Dr Rosalene & Dr Watts which I saw as, again I will use a well known comparison, Mulder & Scully and, to a certain degree, this 'relationship' stuck with me throughout the 3 Acts making it, inadvertantly, more easy to relate to. That's not to say the scenes that Kan Gao charmingly wrote for these two personalities isn't original in itself because they are not Mulder & Scully clones but that comparison gives you an idea of the chemistry shared between them.
The true romantics of this tale are Johnny Wyles and his dedicated love for his wife, River, who has since passed but throughout the memory recalls we are witness to a cryptic love tragedy that is further emphasized by River's condition as we gradually discover the mystery behind the origami rabbits & more. One cryptic scene that I enjoyed was the reference to Hans Christian Anderson's The Emperor's new clothes which the fairy-tale researcher, Maria Tatar, aptly refers to 'speaking truth no matter how humiliating'. I won't divulge anymore as I feel enough spoilers have been mentioned but the true beauty in their romance is much more than just their dedication to each other as will be revealed at the Final Act.

To the Moon has a repeating puzzle featured throughout Act 1 that is used to represent the gathering of Johnny's memories and the main trigger that it refers to. In each of the memory recalls you have to search the surroundings to reveal the memory points then once all these are found you can uncover the Trigger. This is the puzzle itself in the form of a grid pattern where you move the mouse arrow to the corresponding grid column and click to invert the image blocks until it is fully revealed.
Act 2 has extra puzzle elements in a much more light-hearted style featuring QTEs that gives the player a welcome break from what starts to become repetitive puzzles in Act 1 while adding a more investigative vibe to the mystery.
Act 3 is more the reveal of the whole curious affair and builds on the 'fix' that was made in Act 2 so we get the joys of seeing the emotionally charged finale.

This is a game that players can easily find themselves absorbed in though it does have a slow pacing to begin with but I feel that is to ease the players into the mystery of the story as much as the puzzles and location searches. The script has a great balance of humour, romance, intrigue and raw character development that keeps your interest but this is also a script where you should look out for the cryptic clues as well as understand there is an Awareness involved in the story.
The OST is truly memorable in such a way that the tunes will stay with you long after you have completed the story and the 1 vocal song is masterfully sang at the right pitch. I also loved the attention to detail in the pixel art both in backgrounds and in locations, the use of tone colours and useful arrow pointers where needed helped make the visuals an extra piece to attract awe.

I said at the start that this is a timeless creation and I believe that is true as it comes within 1 year of being 10 years old yet the story's 'feels' still resonate and always will. The fact it has been turned into an Anime movie project will only add further to this gem and, thankfully, if the main story wasn't enough there are 2 minisodes based around Dr Watts & Dr Rosalene that are very entertaining and further adds to my belief in a Mulder & Scully relationship!! 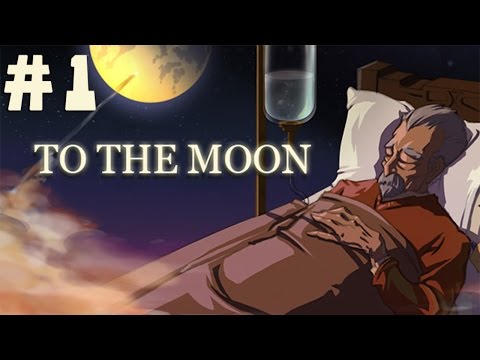 0
6
Прохождение To The Moon - Последнее Желание #1

Empfohlen
4.4 Std. insgesamt
Nothing I can say here that hasn't already been said. One of the best and most memorial stories I've ever experience in a game. The writing and characters are superb. Like so many others, I laughed then I cried.

There's no combat in the game (beyond one joke fight) and the only other game play element is really simple jigsaw puzzles. But, it doesn't matter, this game will grab you and not let go from the moment you turn it on. The music is also amazing.

An absolute masterpiece of interactive storytelling. Don't just buy it, gift it to one of your friends and pass it on.

Empfohlen
5.5 Std. insgesamt
I've had this in my library for a long time and finally got around to playing it. I didn't think I would be into it after playing it for a bit, but I am very glad I kept going because it's a very touching, well-written story. I usually don't play story games, but I gave this a shot, and I would definitely recommend.
Edit: I just played the 2 mini episodes, and they were pretty interesting and introduced a lot about our 2 main protagonists. I also just realized that there's a sequel to this game, which I immediately wish-listed. All in all a really interesting story with some nice polish to the dialogue (I can tell they spent a lot of time planning out the interactions and writing the scripts). 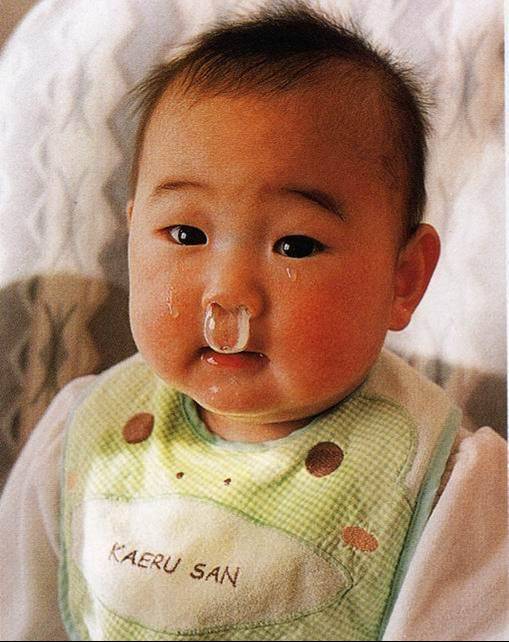 0
Ban
7
Me when played this game 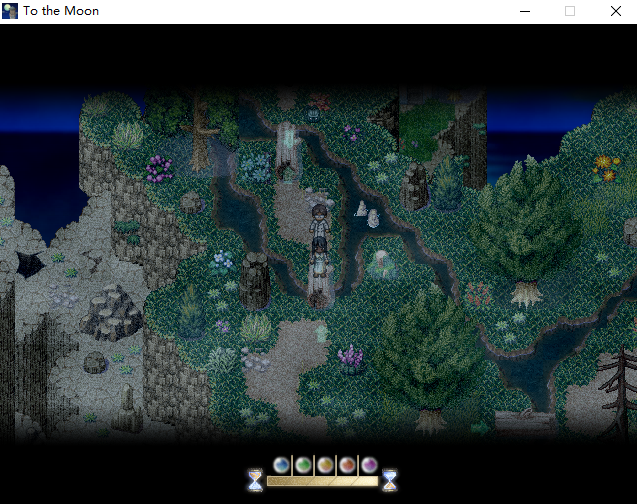 Kumua
Artwork anzeigen
Freebird Games Community »Register
What kind of animal is the stuffed toy in To the Moon?: I think answer is "platypus" but An Error Has Occurred! The letters you typed don't match the letters that were shown in the picture. Can someone give me a hint?
5

KOOIN
17. Mai um 20:53 Uhr
Allgemeine Diskussionen
after a month still lagging
i wait a month to play to the moon because the last time i played the game was lagging, after a month same problem. what should i do?
1

gmarco.dalmas
Vor 21 Stunden
Allgemeine Diskussionen
Hi folks! (Developer here)
Heya everyone. My name's Kan; I'm the creator of the game. I just wanted to drop by to say thank you for giving the game a chance, and I hope you folks enjoy it! I'll try to stick around to help out with questions and the like, although at the moment I'm ...
887

Reives
1. Apr. um 3:38 Uhr
Allgemeine Diskussionen
X box One cotroller issue
Did anyone have problem with Xbox one cotroller in To The Moon? Game don't see controller don't even react to controller. Can anyone help me fix it?
2