The fastest racing game in the universe. Redout 2 is a tribute to classic arcade racing games and the sequel to the critically acclaimed Redout. Reach impossible speeds in exhilarating futuristic races across an extensive single-player campaign and competitive multiplayer.
$29.99
Visit the Store Page
Most popular community and official content for the past week.  (?)
August 9th, 2022 - Patch Notes
Aug 9
Redout 2 1.1.0 - Patch Notes for PC

Known Issues
If you're experiencing an issue not listed here, be sure to check out known issues page current updates: https://support.saber.games/hc/en-us/articles/8174504112913

Rodrick
3 hours ago
General Discussions
How do you all feel about this new HUD
It looks nicer, but the colors are way less pronounced and it's harder to read at a glance imo. Considering you can easily kill yourself by overheating, this is a downgrade as far as I'm concerned.
11 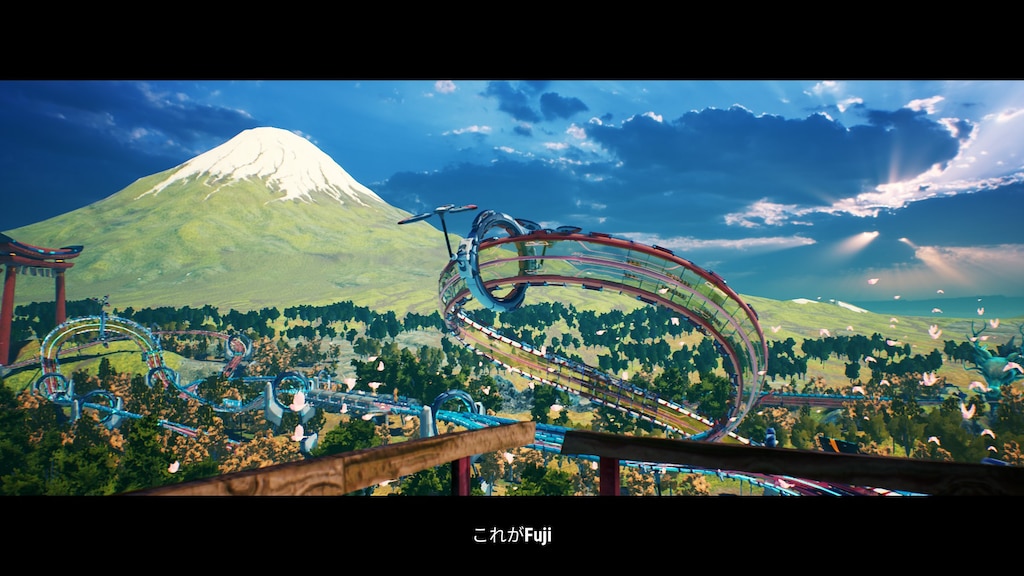 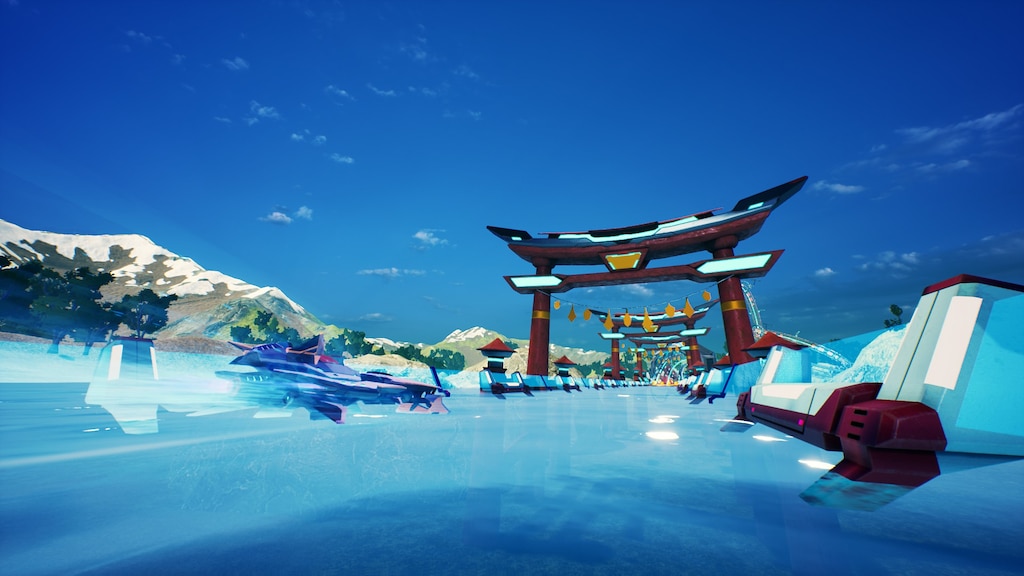 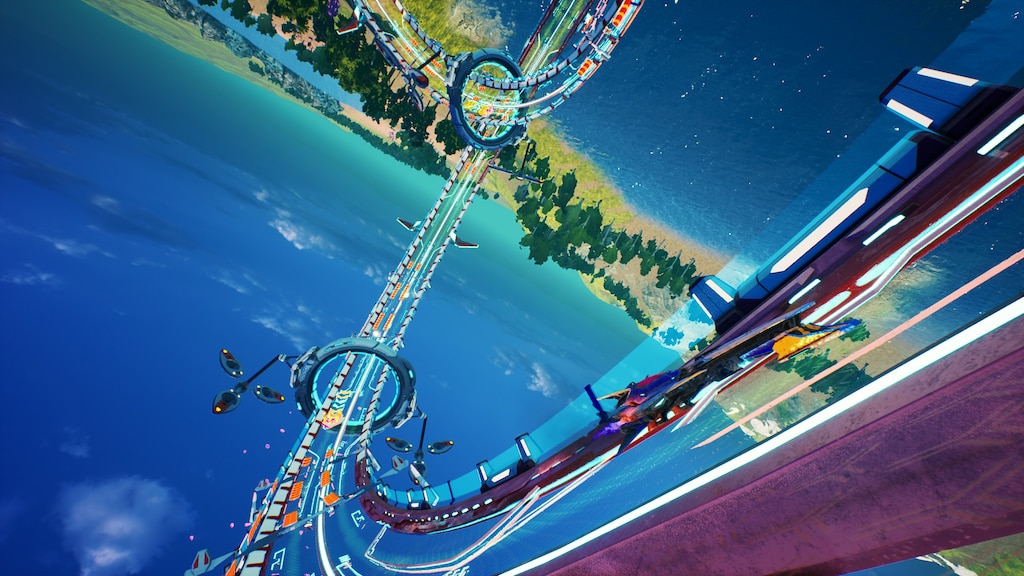 Not Recommended
10.8 hrs on record
Despite being a die hard fan of the original Redout, I think that while there are some interesting steps forward in Redout 2, they missed the mark and the experience is painful right now. The career mode is disorienting, track progression is strange, ship upgrades are placed strangely, tutorials are poorly balanced and mechanics tutorials are gated behind career progression.

On the gameplay side, the new system for stacking boosts is conceptually incredibly interesting, but the way it's tuned it becomes the only correct way to play. Stages also have a bunch of "gotchas" with blind turns with no rails which comes across as incredibly cheap with the games forced low camera angle. Also painful are the poorly tuned jumps that require oddly specific handling with little room for error due to weak ability to control your ship once you've taken to the air. I think the devs realize this, and there's now a "rewind" system that allows you to wind time back to a couple seconds before you took the jump but ultimately it's incredibly jarring and clumsy to use and comes across like a band-aid for tracks or systems they knew had issues. 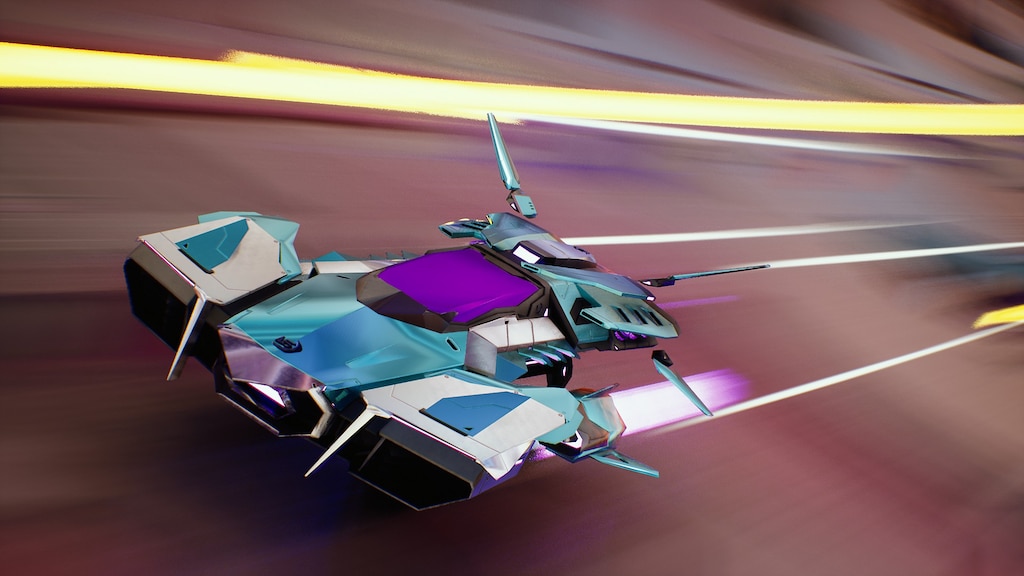 So you want to go fast? (Boosting, Heat & Health)
A simple guide on how to make the most of the resources you are given. This is for the rookies from my experience in the SRRL. This is a general driving strategy guide and I will not be going over specific stats.

Redout II | Compendium of Conditions
Since there is a lot more stats in Redout 2, over the first game. I figured it would be smart to start listing what stat does what for anyone new or if you simply forgot. (Believe me, I don't want to re-run the stat description missions either.) Welcome... 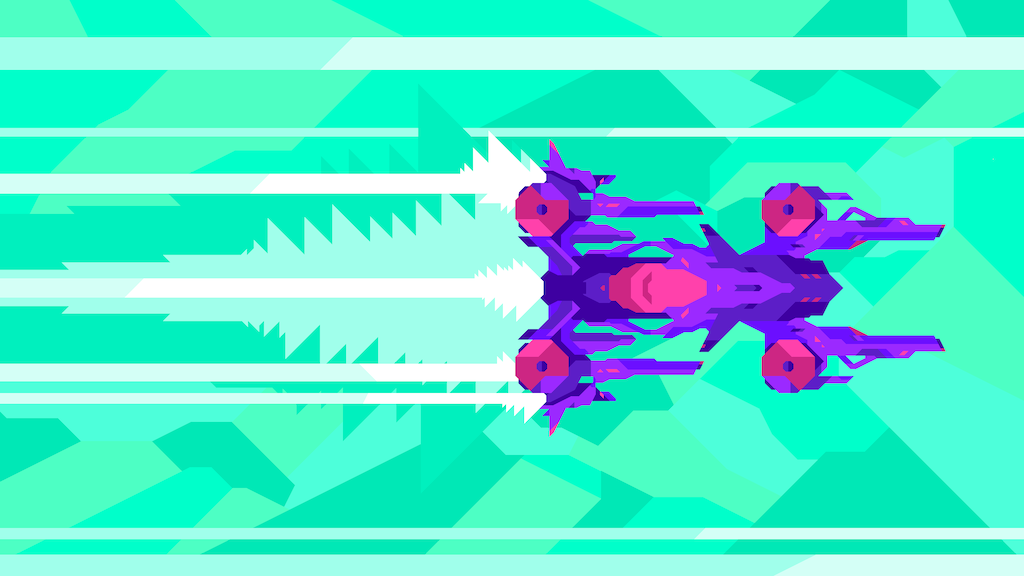 A Comprehensive List of Platinum Times
Hey there! For those interested in going faster than fast, the game contains Platinum medals for all Time Attack and Speed events, listed in event order below:

Not Recommended
2.9 hrs on record
As a longtime Redout player, this one's a smidge disappointing. It's good, just not what I was looking for.

- What do I like?
First off, I love how strong strafing feels. It's very, very well-tuned and I find myself wanting this strength of strafing in Redout proper.

I think the overheat mechanic is interesting, and the game looks very, very pretty most of the time.

Most* of the lore seems pretty neat.

Very grounded experience and I would recommend it if you are not a Redout Purist like me.

*kind of wish you didnt need to play Space Assault to know whats going on most of the time to be honest.

- What do I not like?
First off, I REALLY find myself wishing that the physics-based racing design philosophy of the first game was carried over. You have way, WAY more grip on the tracks on this than in Redout and it definitely feels weird having a middlepoint between antigrav racing slip and standard racing grip.

Redout's HUD is far stronger than this one's, especially for someone like me that plays games like this to zone out. Yes, this is after the first(?) HUD update. Older one was worse, newer one is better but still doesnt compare to the original.

Graphically, I find myself missing the desaturation of the palettes in Redout. 2 has a *theoretically* compelling ship design system, but many of the designs either feel tired and old or allowed themselves to decay out of their old design philosophy(looking at you, Conqueror. You do not look like a muscle car anymore, really).

Speaking of which, the cosmetic and upgrade unlocks system is... rather annoying and takes far too long to build up compared to Redout's giving you just about everything out of the gate, with campaign progress to earn cash to buy ships and upgrades being far simpler and honestly far easier and more fun than this game's 'mission to unlock' system.

Ship handling feels worse and kind of plasticky compared to the heavier, sturdier Redout's handling, if that makes sense.

This game feels like it's better treated as a spinoff of Redout than its own game. Go play the first one and see how it compares to this one, and play the one you prefer. I'll play it because antigrav racing is a bit of a fixation of mine, but I will forever feel the desire for the tracks of this to have just been a massive map pack for Redout proper rather than an entire game.

Overall, 5/10. Average, but it definitely feels like a downgrade from the original. Can't in good conscience recommend it over the first one, personally. 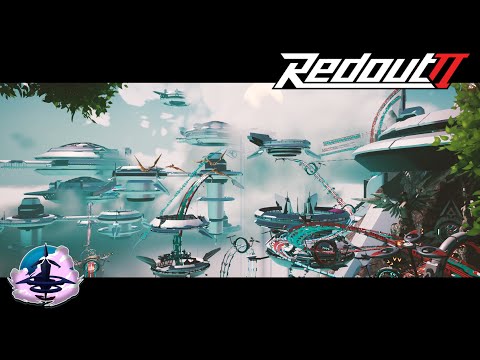 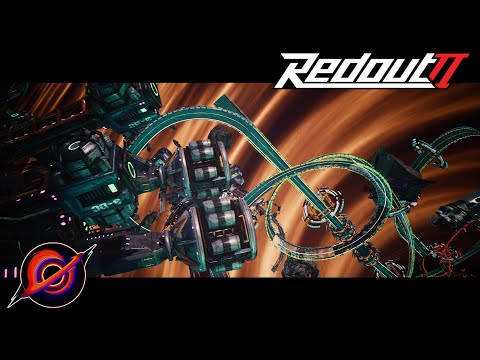 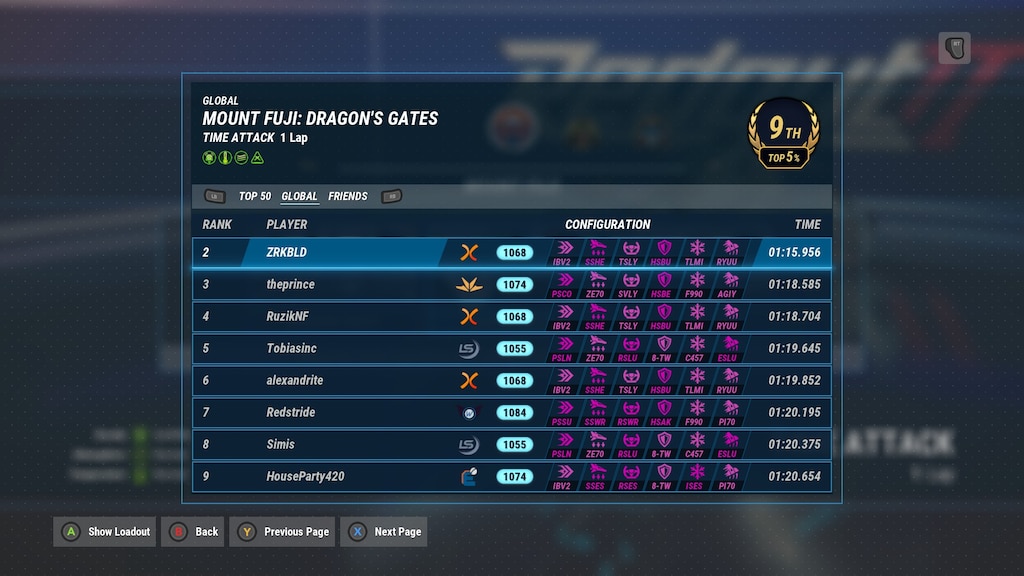 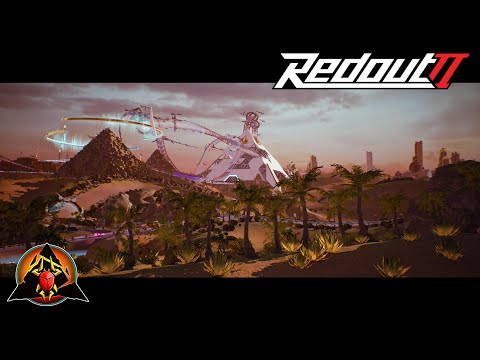 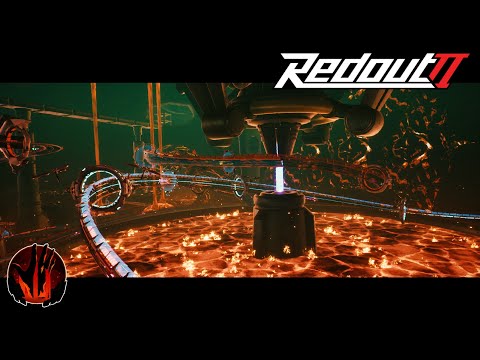 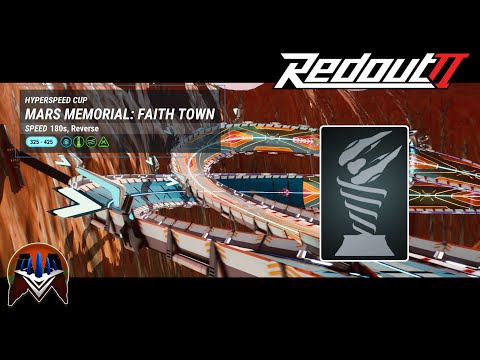 DualShot66
View all guides
June 27th, 2022 - Patch Notes
Jun 27
About Leaderboards
We’ve discovered an issue preventing the correct upload of entries to the Leaderboards and metadata in Arcade mode. This caused several visualization errors in both Loadouts and Power Levels.

Redout 2
79
22
I don't understand how this is so bad compared to Redout 1. ...what in the hell happened?
I used to get excited to kick back with my bro, crack open a few beers and play Redout 1 for hours. I cringe thinking about playing Redout 2, and the frustration the bad game design brings. Literally rage-quit the thing the past two times we tried hanging out and playing it. Horrible game mechanics, horrible track design, more frustrating and annoying than innovative. I'd rather have an HD remaster of Redout 1. I said it before and I'll say it again... If it ain't broken, don't fix it!...
21

Giga Steve
3 hours ago
General Discussions
A-League Difficulty Spike & 1st Person Bug
I have been doing my best to race away in this game, doing my best to look past the unfairness in the AI and occasional bugs but now that I'm almost halfway through A-League I'm beginning to lose motivation. For the entire game I have been playing on Pilot and mostly skipping Speed Events where I can't come close to Bronze, if I can, but suddenly the AI just spiked in difficulty to the point I had to turn it down to Chill just to be able compete. Suddenly it seems their ships are much faster, maneuverable...
34

Blaze53
Jul 27 @ 12:17am
General Discussions
June 17, 2022 - Patch Notes
Jun 17
About Difficulty
Redout 2 is not meant to be an easy game. The skill ceiling is high by design and we want players to feel challenged. At the same time, we also have a series of Auto Calibration systems so casual players can enjoy the game as well.

With that said, Redout 2 launched with a steeper level of difficulty than we had intended and below in patch 1.0.4 are some changes to help make that better.

Redout 2
152
38
Hyperboost sometimes completely removes control
Sometimes when I hyperboost I can't do anything for a while. Is this something known?
1