Hey all! 👋 We have a small update going out today with some bug fixes ♥

There were also some missing patch notes from the previous patch!

In the last patch, the default 'Rendering Mode' setting in the Video settings was set to DirectX 11. This new default may have overridden your previous rendering mode setting. If you have a more modern, powerful rig, you may want to change your rendering mode to DirectX 12. Alternatively, if your PC hardware is older, switching the Rendering Mode option to DX11 may improve your framerate.

Unable to login/get passed the splash screen
There are two potential solutions to this! 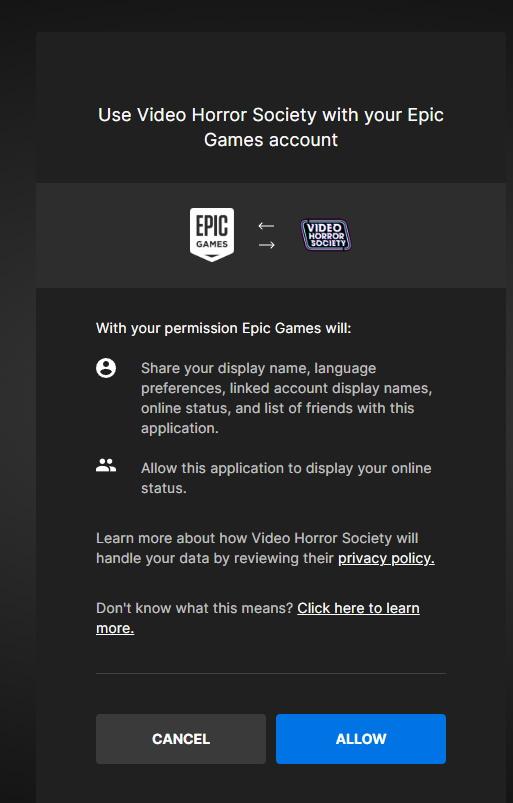 Video Horror Society Playtest
39
5
My Ideas to Make Monster More Fun
I've been noticing a bit of a trend on these here Steam forums, and I get it. Some of you don't like playing monster. Some of you think it's too hard. Some of you think it just isn't fun. And I get that! It's definitely not for everyone, and it's definitely not very friendly for new players. But civility is the key here. This is a small little thought bubble of my personal ideas to change up monster to make it more rewarding and interactive - I believe part of the reason monster isn't as popular is just b...
14

Balance changes, improved queue times, and Fanbux testing... oh my!
Full DevNote update can be found HERE[medium.com]!
Known Issues
Tutorial
We have a fix for this that will be included in the next patch! The issue occurs at the very end of the Teen Tutorial, and will still allow players to exit without relaunching!

5 Teen Lobby/ 2 Monster Lobby
We have a potential fix for this that requires further testing! We will aim to push this fix in a future patch

The voice chat participants list is shown incorrectly on the loading screen.
We are currently looking into this!

Fanbux Testing
As we draw closer to Early Access, we're working hard to stress test a bunch of systems, including our ingame store. So to help us with this, we're granting all beta testers an allotment of 6666 Fanbux to spend.

We're sure you all have a lot of questions, so here's a few answers up front.

Who gets the Fanbux?
How long do I have to claim this?
What happens when the Beta ends?
Can I have some more?

The goal with this experiment is to ensure our store handles things like price changes and handling multiple currencies with grace.

Thank you! We'll see you, and your fancy new clothes, in the Beyond!

Video Horror Society Playtest
82
16
The Steam Forums are a Godsend
I have been following VHS since very early in it's development and was part of the closed beta on the VHS launcher prior to the move to steam, and in all that time it has been very hard to get a real gauge of people's opinions overall, or express even my own without threat of a potential ban from the Discord, discussions being deleted and shut down, or being immediately bombarded by bootlicker type fanboys. With the game on steam and the devs unable to shut down criticism on it's forums, we're finally abl...
15

Patch Notes for 0.1.67430
Users will need to update to the latest build to fix an issue where a new Limited Edition movie will not display correctly.

peachyfren
View artwork
80% + 20% = Golden Ratio | Not enough monsters (in game)
Hi, sry for my bad english. Most optimal proportion for game will be when 20% players will play monster, and 80% players will play teens. But its not. If I want to play monster, Im searching for game like 30-60 seconds. If I want to play as teen, Im searching game for 6-12 minutes !!! Conclusion: Finding game as monster is faster, because lack of players willing to play monster. We need to force (encourage) players to play as a monster more often. How? EASY! This is mine proposition: If you will play 1 t...
3

Theory
18 minutes ago
General Discussions
The matching is bad
First off, I know some people experience long queues, so far for me it has been fine, however the match making is all over the place, I am new myself, level 4 of writing this. And the teammates I get is around the same level 1-5 usually, however the killers I have faced so far are level 35-95, yes I faced a level 95. How is that even remotely fair on any level?...
6

VHS BASICS
BASICS FOR VHS THAT EVERYONE SHOULD KNOW !!

Recommended
15.4 hrs on record
Product received for free
I'm enjoying what they've brought to the "asymmetrical horror 4vs1" table so far, and looking forward playing the game more once it is complete.

How to Main the Mullet
This guide will teach you the fundamentals behind the correct way to play teen in VHS. 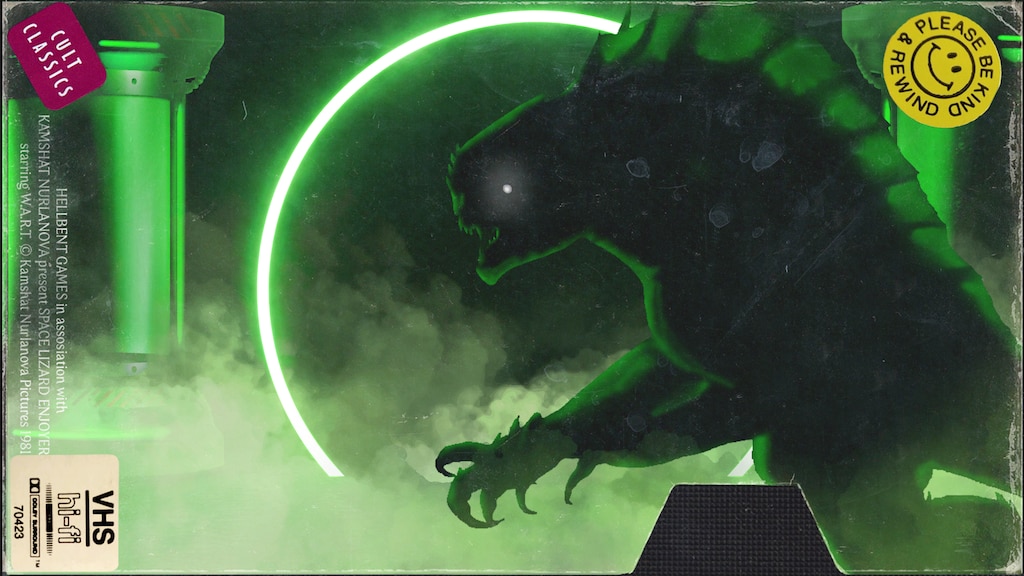 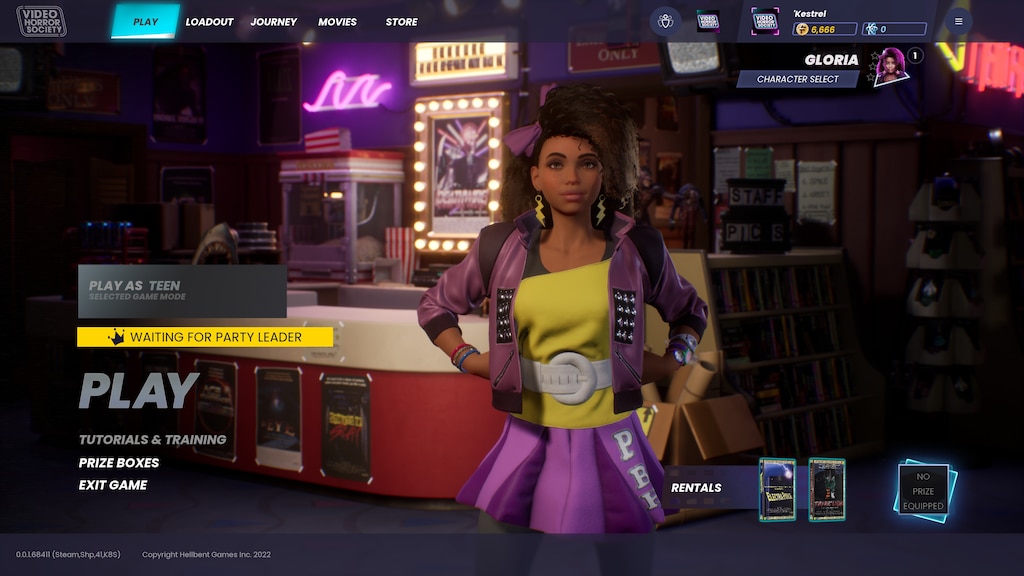 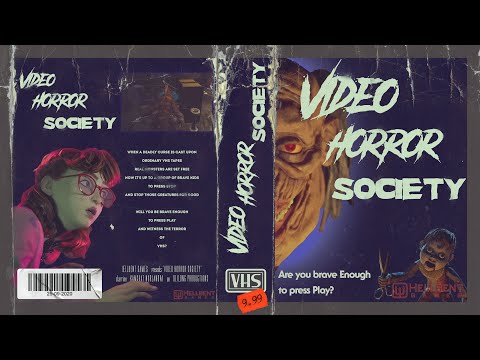 0
0
An actual VHS trailer for VHS the game 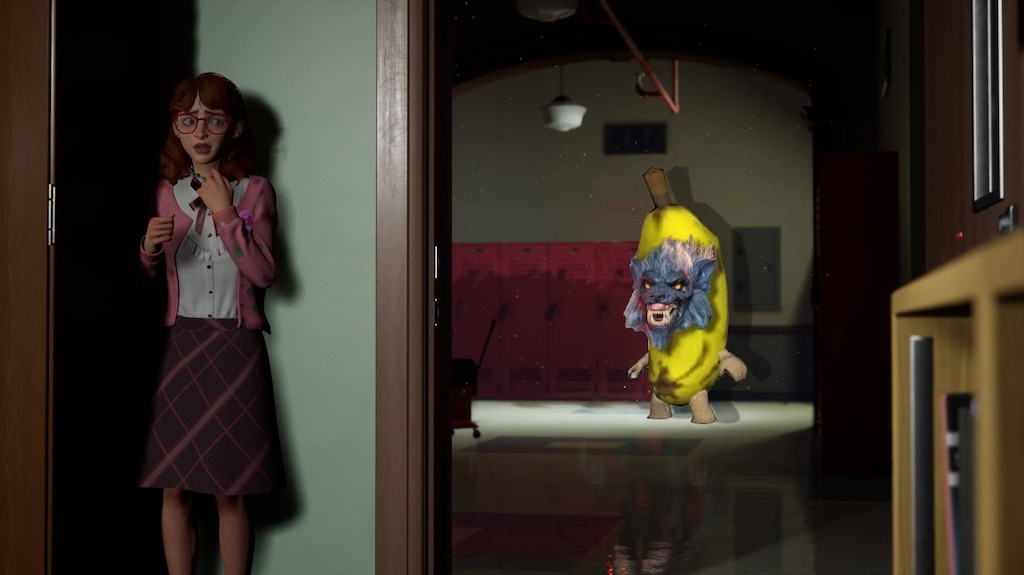 Not Recommended
2.4 hrs on record
honestly thought i'd enjoy this game but it was extremely overwhelming. each game barely lasted long enough to do anything. i spent more time on the ground fighting for my life and floating around. it was also hard for me to tell which direction the monster was coming from, resulting in being jump scared and then running like a maniac just to be smacked into the ground and left to die. it didn't help that everyone i played against/with was between level 45-95 and as a level 1-3 it was a struggle. so it just wasn't an enjoyable experience for me. on the plus side love the 80s vibes ♥ 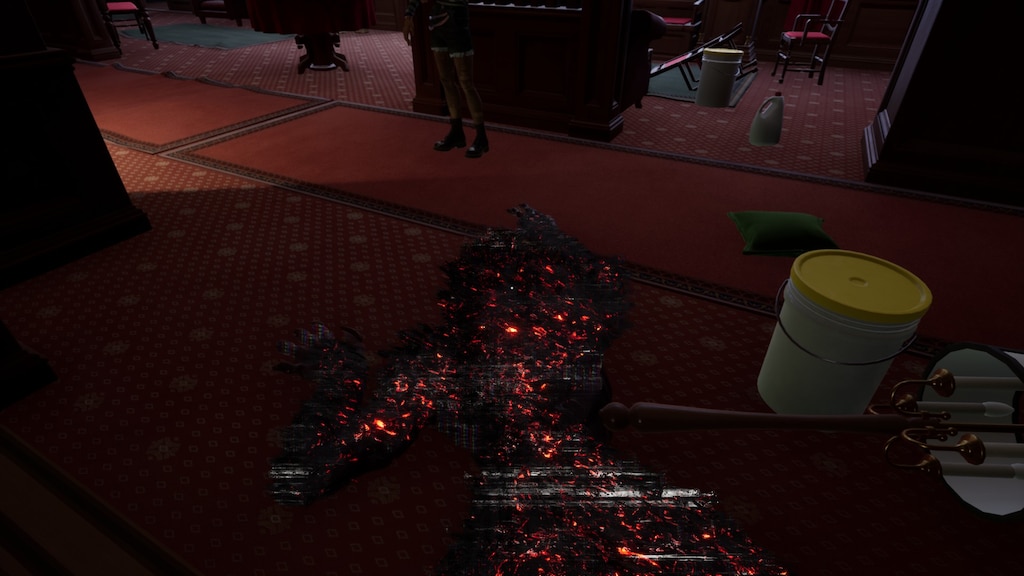 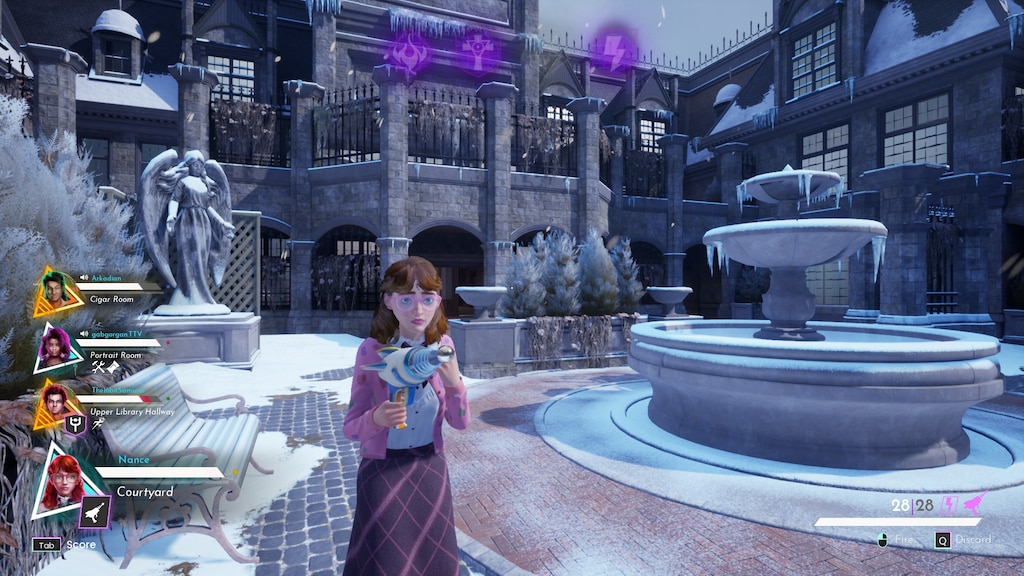 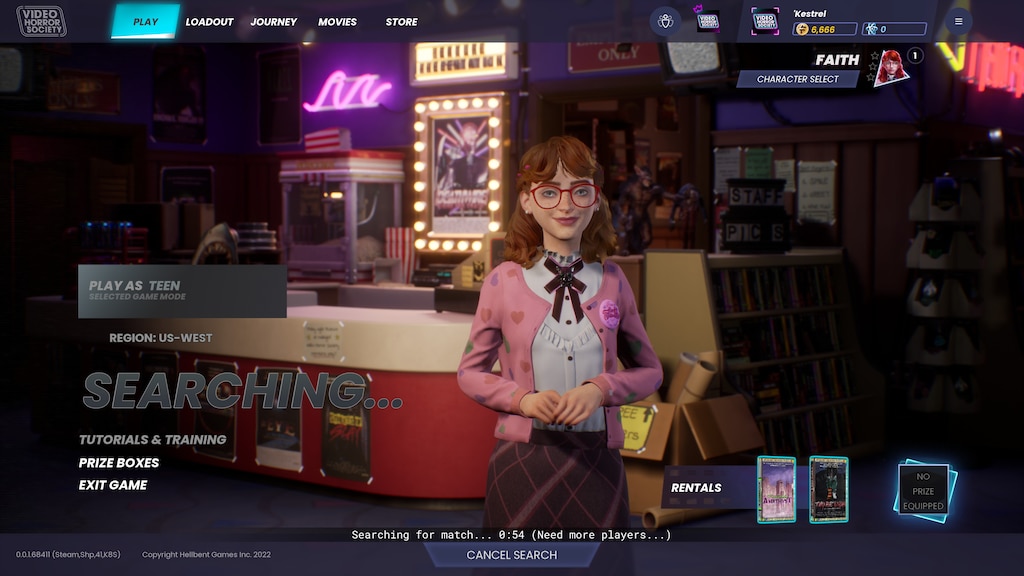 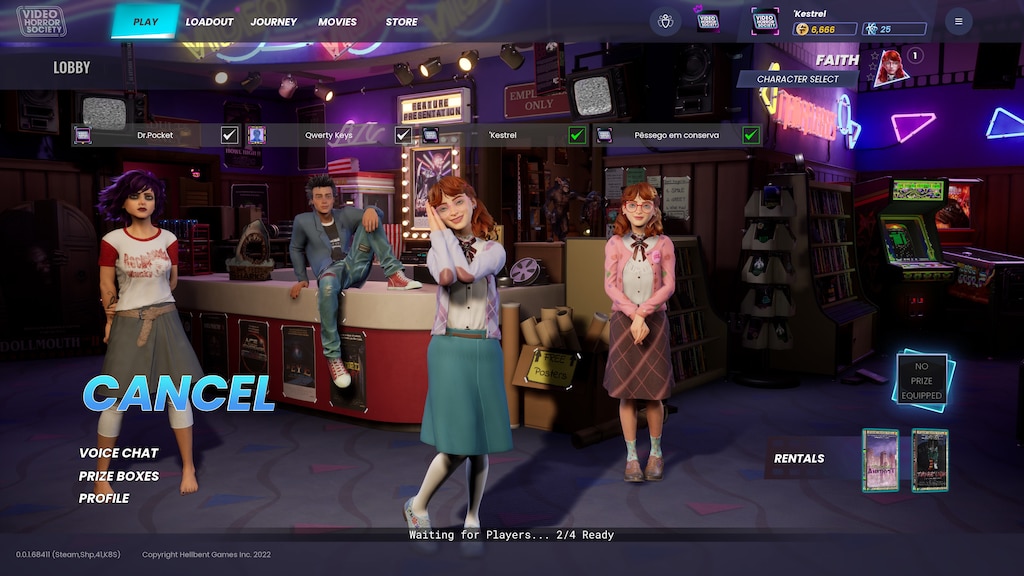 Nokker's General Tips and Common sense! | VHS
General Rule tips from my experience in VHS so far that may help you also 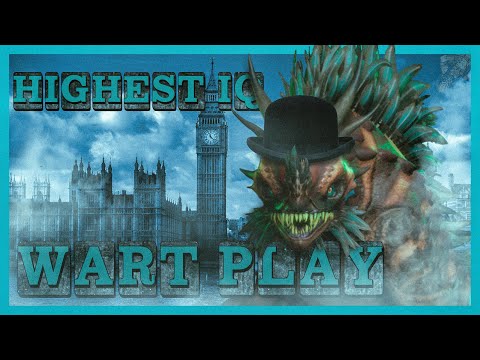 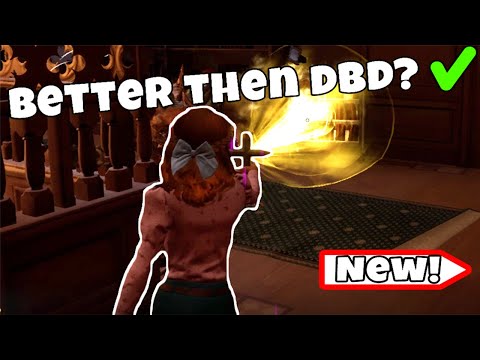 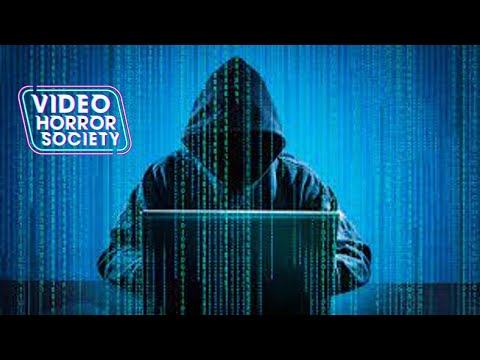 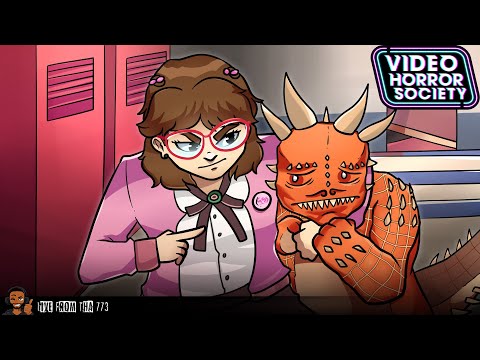