Store Page
View Stats:
Global Achievements
Show
All News
All News
Syndicated News
Official Announcements
Developers of this game condemn the unjust Russian war against Ukraine
Mar 2
We are probably breaking some unwritten rules of Steam with this post. But who cares if all rules in the world are already broken? 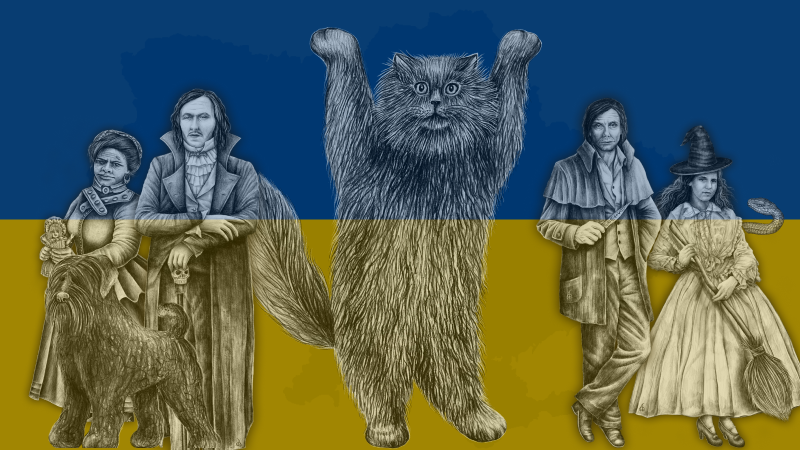 On February 24. The Russian army, rushed by a psychopathic dictator, began the full-scale war against the independent and democratic republic of Ukraine.

Many developers of this game are Ukrainians. Some of them are in immediate danger, some of them are safe, but have relatives in the war zone. We had to put our development on hold some time ago due to financial problems, but we planned to return to this game as soon as our problems were figured out. It is extremely difficult to make any plans now.

We wish strength to the people of Ukraine. We wish them to live, to protect themselves and their loved ones. And for those who fight, we wish to impose well-deserved death, fear and devastation among the invaders.

If you are from any other country, you can support Ukrainian Army or humanitarian NGOs. And one more important thing: you can put pressure on your governments to help Ukraine not just by imposing sanctions but also by protecting our sky against Russian planes and rockets. Our soldiers will do the rest.

But now everything is very simple. There is no difficult choice between two evils. Putin's Russia and its enablers are evils far worse than all unnamed Lovecraftian horrors put together. Because the abomination from Kremlin is real, and it has been poisoning our world by lies and death for years.
It is finally time to put a stake through its chest.

If our statement gets deleted from Steam for any reason, we have a copy on our site[octobernight.games].

P.S. If anybody wants to blame the victims, ask us to be "apolitical" or make any comments repeating Kremlin propaganda tropes, please, don't. Just delete our game and never return.

October Night Games
60
10
Some minor improvements in preparation for the Halloween
Oct 13, 2021
We updated the game's save system and fixed some visual bugs.

Some players reported a rare bug, which may occur under Windows if you damage your save-files. If you accidentally press Alt-F4 or restart your computer during saving, it may cause a fatal low-level error when you try to load the broken saves: "BulkData compressed header read error. This package may be corrupt!"
The easiest way to solve this, ts to delete your save files.

Just use script "purgeBrokenSaves.bat", which is located in your game directory. If you use Steam Cloud, don't forget to choose the local version.

And don't forget the Halloween surprise is coming!

October Night Games
15
0
Walpurgis Night's Dreams
Apr 28, 2021
Walpurgis Night is quite similar to Halloween in many ways; in fact, it mirrors it. It is no coincidence that we scheduled a major upgrade of graphics and gameplay on this date.
Main innovations:

We are waiting for your feedback!

*We also added some secrets. Or did we?

October Night Games
22
3
Patch notes
Mar 30, 2021
Improvements
- For hardcore players: it is now possible to collect up to 15 Items and up to 12 Minions simultaneously due to the latest UI optimization. Yes, we have added scrollbar support.
- Multiplayer initialization is now divided into two different steps; it will let you avoid many bugs and inconveniences.

Fixes
- We fixed a bug, which prevented the Tutorial screen from being used during the game
- Mac Multiplayer problem was partially fixed, you can create and join multiplayer sessions again, but the second attempt to create a session may result in the game exit. It happens due to a specific Steam/Unreal Engine issue, which occurred after one of the latest Steam updates exclusively on Mac. We are searching for a solution to this problem as well.
- Multiplatform Multiplayer (between Windows and Linux, Windows and MacOS, etc) finally works!

October Night Games
13
0
Animations and bugfixes
Mar 25, 2021
We have added some minor improvements and bugfixes.

October Night Games
13
1
Ides of March – New update!
Mar 16, 2021
We are happy to present the first spring update of our game! This time, we concentrated mostly on improving the visuals and the interface.

- New combat screen. The interface is more user-friendly, the attacks are demonstrated with illustrative visual effects. The bug of the disappearing start combat button was fixed.

- New visuals of the final ritual. We removed the board from the centre to avoid duplicating information, so now the entire field is the board. Also, we improved displaying of the numbers: the numbers rolled by the player during the last turn are visually separated from the previous ones.

- Updated appearance and logic of the timer. Now the combat timer is separated from the main timer of the turn, and every episode of the fight has its own time count.
- The bonus 8, 9, 10 rituals in the Halloween mode (after the invocation of Azathoth) are now visually different. Nyarlathotep has multiple faces.
These rituals also became much more difficult, now they all require six essences and a sacrifice. But they are worth it.
- Leaves fall in autumn now, and the winter snowfall increases as you play.
- Play of light, dust specks, and clouds now jazz up the static backgrounds without distracting from the main thing.

Apart from that, we have done a lot of inner structural work. You will be able to check it out after we release the upcoming major update, codename "Walpurgis Night".