﻿ChronoArk is a party-based deck-building roguelike single player RPG game about rescuing the world from chaos.Recruit, train, and build a team of unique investigators throughout the abandoned land and restore the Twisted World!
-15%
$16.99
$14.44
Visit the Store Page
Early Access Game
Get instant access and start playing; get involved with this game as it develops. Learn more.
Most popular community and official content for the past week.  (?)
Chrono Ark 1.21 Update
Feb 23 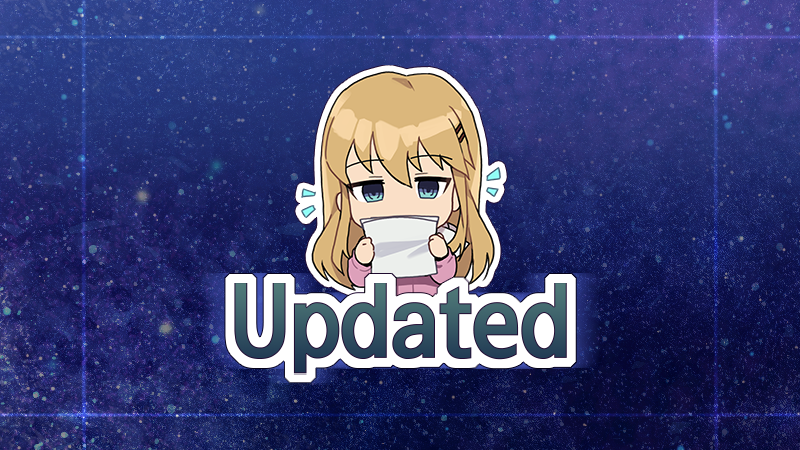 Chrono Ark
4
36
Patch 1.21, why?
Could someone explain to me why we are suddenly having this patch shortly after patch 1.2? If the dev decided to remove all harmful potions and scrolls, shouldn't that be in the big update? I understand the need to fix Joey's healing and balance the pric...
18

Mouse Move, Mouse Interaction
You can now left click to move and right click to interact.
This feature is still being tested.

Joining a Beta test
right-click on the game from the library page and select "Properties". Among the available tabs will be the "BETAS" tab 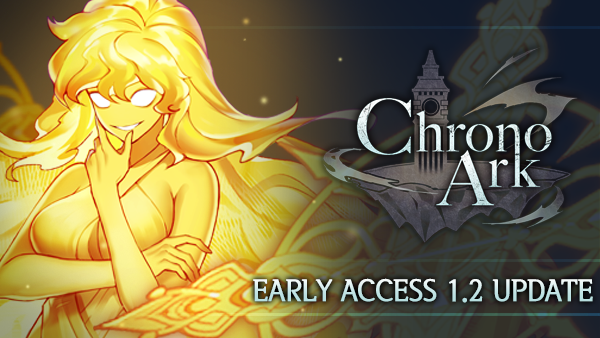 What's up everyone!
We're happy to announce that Chrono Ark EA v1.2 has been released.
But first of all, we want to let you know why we're going through closed beta before the EA version update.
Us Chrono Ark devs don't speak English very well. Also, there are so many small bits here and there being added, modified, and removed in the same day.
For this reason, it is hard for us to make an official global closed beta in English. Sorry for that.

Now, let's dig into EA v1.2, shall we?
We have added and changed many elements including new skills, bosses, cursed monsters, and various equipment.
Let's look into it now!
Sacred Karaela

This is a new boss of Stage 3, the White Graveyard!
Cursed Monsters 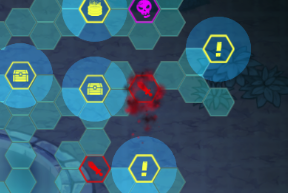 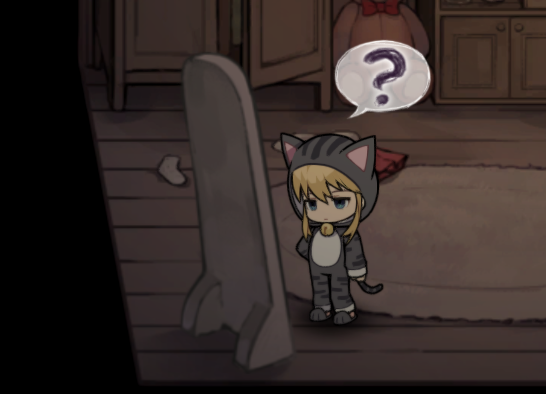 We added Lucy's Cat Outfit for players who are dedicating their effort and time in to our game!
You can purchase the skin from the vending machine at the Ark.

Identification Feature at the Store
Now you can identify items at the store with a few gold. 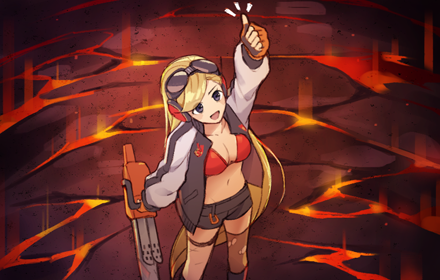 We changed Miss Chain's skill set to have better synergy with the team and to protect them. 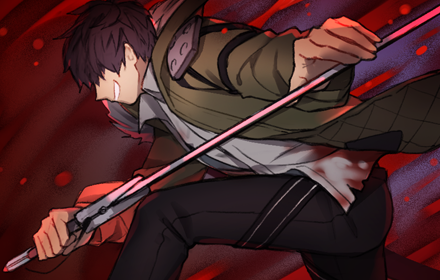 Hein was a very simple character.
He was strong in general combat and weak against bosses.
Now you will find Hein inflicting lots of damage to bosses and surviving more incoming attacks. 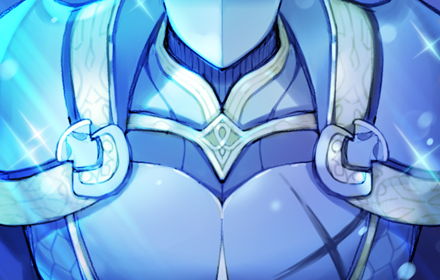 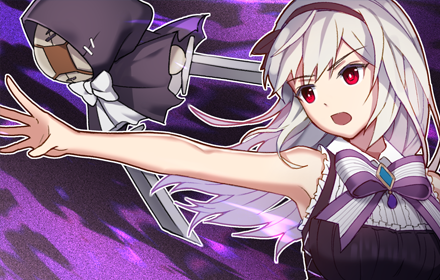 Expert Difficulty Only - 'Fixed Ability Cooldown' Feature
You cannot use a fixed ability for 2 turns after using it.

English Translation
Thanks to 'TohoTaku' from the Steam community, we could improve our game so much!
We really do appreciate your precious time and effort! 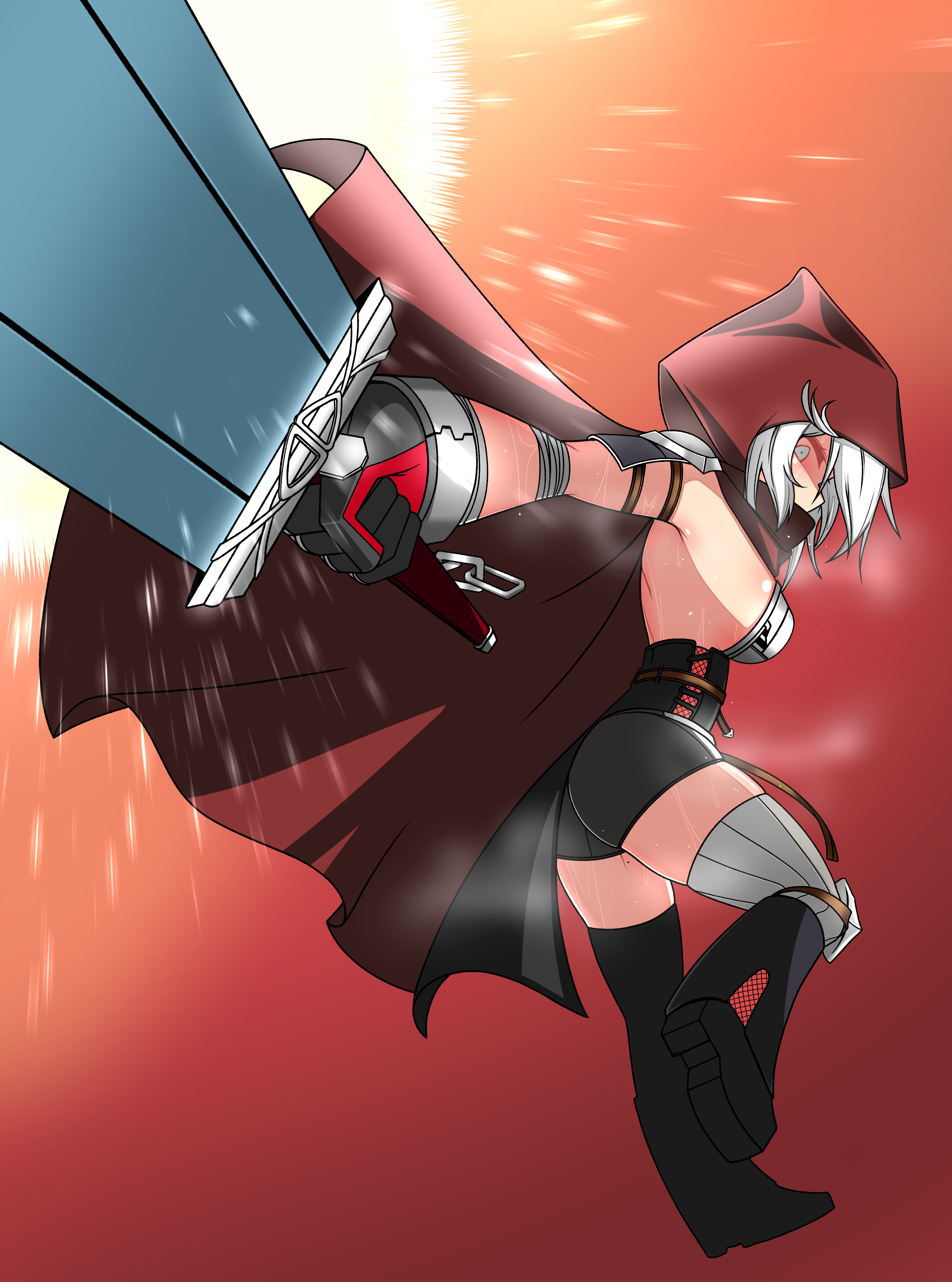 https://steamcommunity.com/sharedfiles/filedetails/?id=1982646201
Thank you, everyone! Greatly appreciated!
To do List/b]

We are currently translating the game into Chinese and Japanese. They will be added soon!
Also, we have set a goal for the v1.3 patch.
We will mainly focus on Stage 4! Stay tuned! 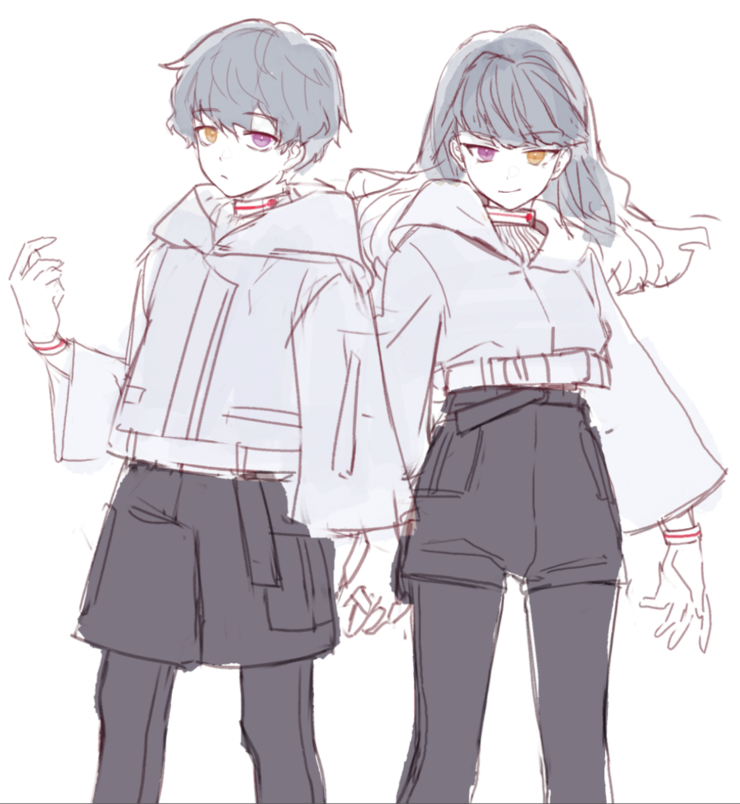 This is a concept sketch of the next two characters.

Chrono Ark
14
96
Character Viability
Are all characters viable or are there very specific niche combos ? So far, I only beat the game with Iron Heart + Pressel + (insert tank) + (insert random) and use the barrier mechanics to deal a lot of dmg. Any other decent combos available ?
1

leet_ryu
5 hours ago
General Discussions
secret walls
are there any ways of identifying them or is it just random?
3 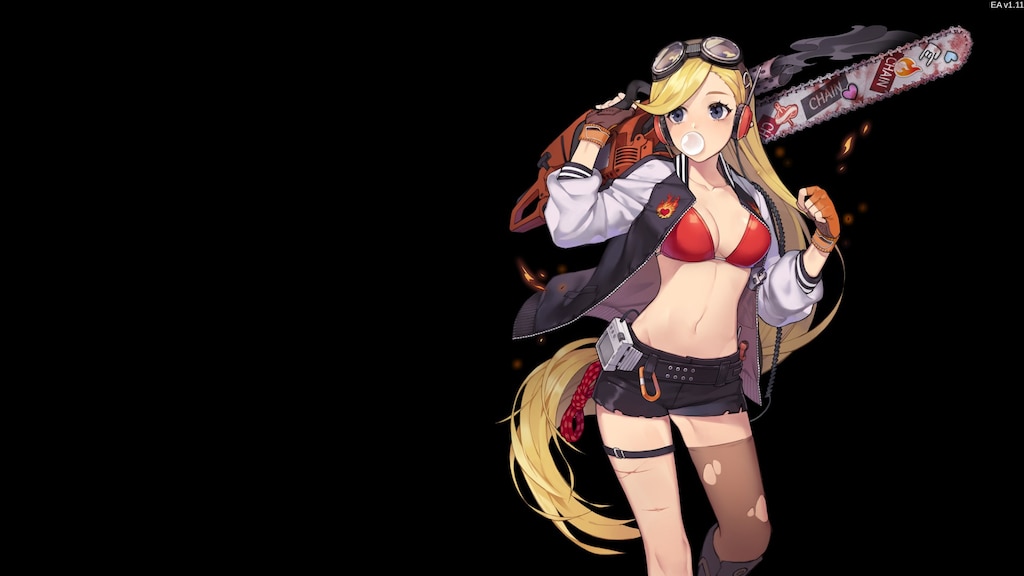 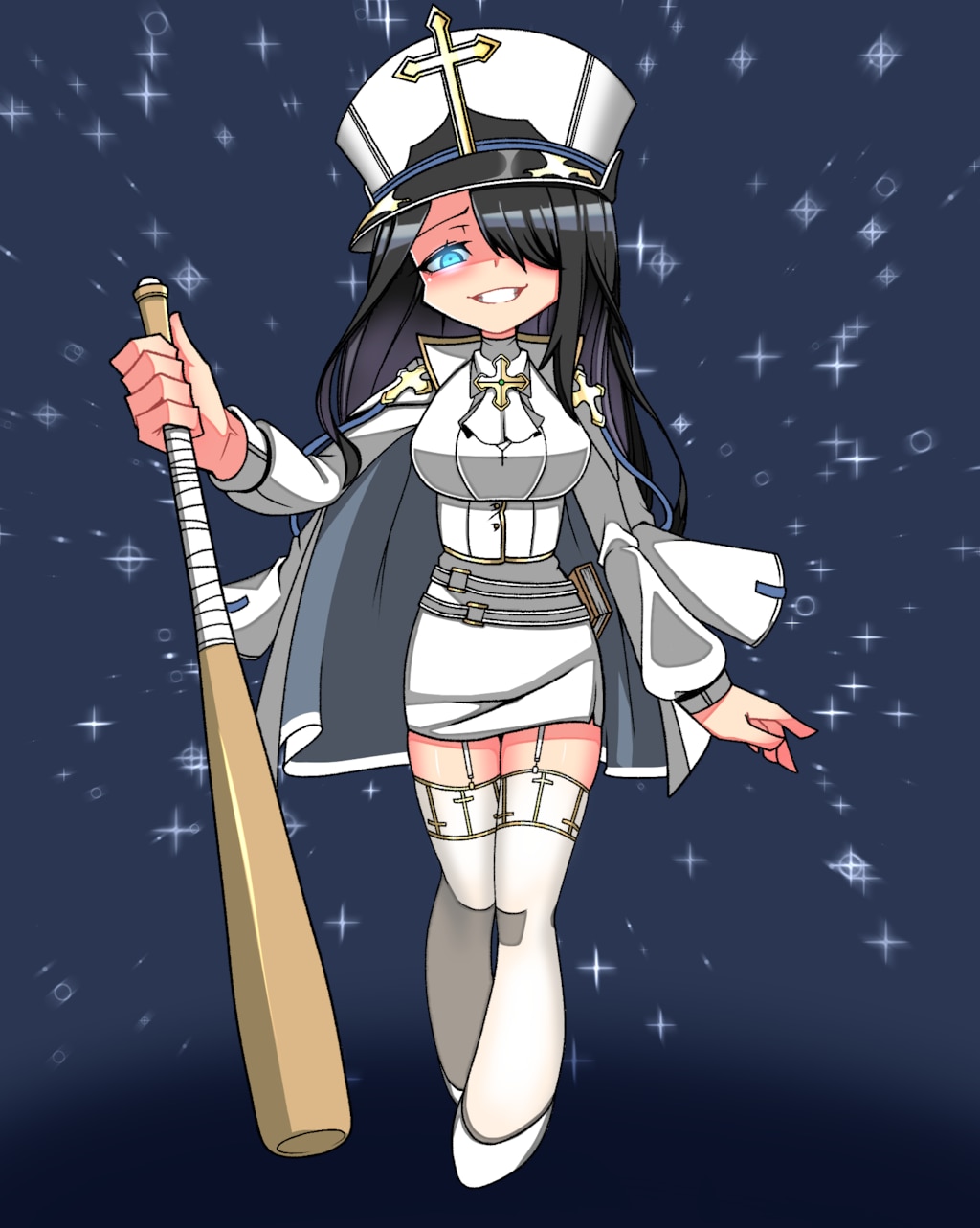 Chrono Ark is a roguelite strategy game with card-based battles. There are still things that are being actively developed and the game is in Early Access. You may encounter some bugs if you play at this time.

There is a small tutorial, though I do hope that this will get updated to be better. When you play through it once, you cannot see it again. And while some basics are explained, a lot are left to the player to learn through trial and error.

There are 3 difficulty levels, Casual, Normal, and Hard. Casual mode shows up after you lose once or twice on Normal difficulty. You cannot unlock new characters in the Casual mode.

Story
The Ark was constructed a long time ago to try to save the world from catastrophe, but its creators disappeared. The world is slowly deteriorating and the legend around the Ark is that the Clock Tower within the Ark can restore the world to a time of the past, essentially reverting back to better and happier times. Nobody know the truth behind this claim but the protagonist, Lucy, seems to be connected to the original creators of the Ark. She will try to save the world, with the help of the characters who will fight with her to achieve their mutual goal.

Gameplay
You play as Lucy, who will choose two characters/friends to fight by her side at the beginning of the run. Lucy does not fight herself, but offers abilities that can come in useful during the fights.

Walking around the world map on each level, Lucy will encounter different areas of interest, such as shops, chests, loot, enemies, and bosses. You will be able to move to the next level once you defeat the boss for that area. In between levels, you may have the option of recruiting more characters for your party to make the game more dynamic as you move along.

The battles are turn-based and you use the few skills/cards that you have for each individual character to defeat the enemies. The fighting system can be a bit difficult to get used to because there are a few different variables to pay attention to. For example, the enemies have a count-down that allows them to perform an action during your turn, and this counts down each time you perform an action.

Winning battles means that you will earn loot in the forms of gold, items, soulstones, and credits. Soulstones can be used to level up your characters and also to upgrade Lucy's skills. Everything is used in the same run, except for credits, which are used in the meta-game to give you a permanent progression unlock. This is done in between runs. You will need many runs to unlock everything.

Graphics
The graphics are very good. The designs in the overworld all looks very cute, whereas in the battles, you can see the usual signs of danger.

Music
The music can be quite intense at times, it seems appropriate.

Controls
You can play the entire game with the mouse, this mouse-based movement was introduced by a recent update. This is nice because there are some people who don't like to use a keyboard. You can move around using a keyboard, this is sometimes easier.

Pricing
The game has a reasonable price, it is 13.99 Euro/16.99 USD at the base asking price right now in Early Access. It has enough content to keep you entertained for a while.
It likely will increase as the game develops more.

Verdict
It was a bit overwhelming at first because of the many things that I needed to learn, especially because the tutorial is not that informative. Once I became accustomed to the game system and mechanics, I really enjoyed my time so far. The game is really hard on normal mode, and I still cannot beat level 3 regular monsters when I get there.

I do hope that the game will be better balanced at full release. 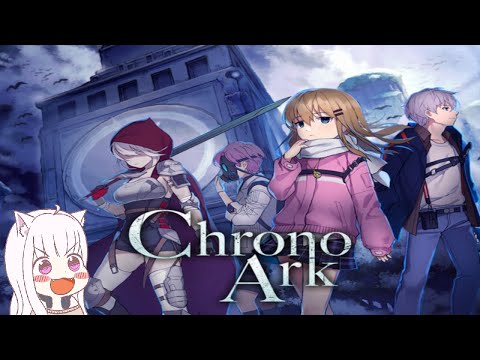 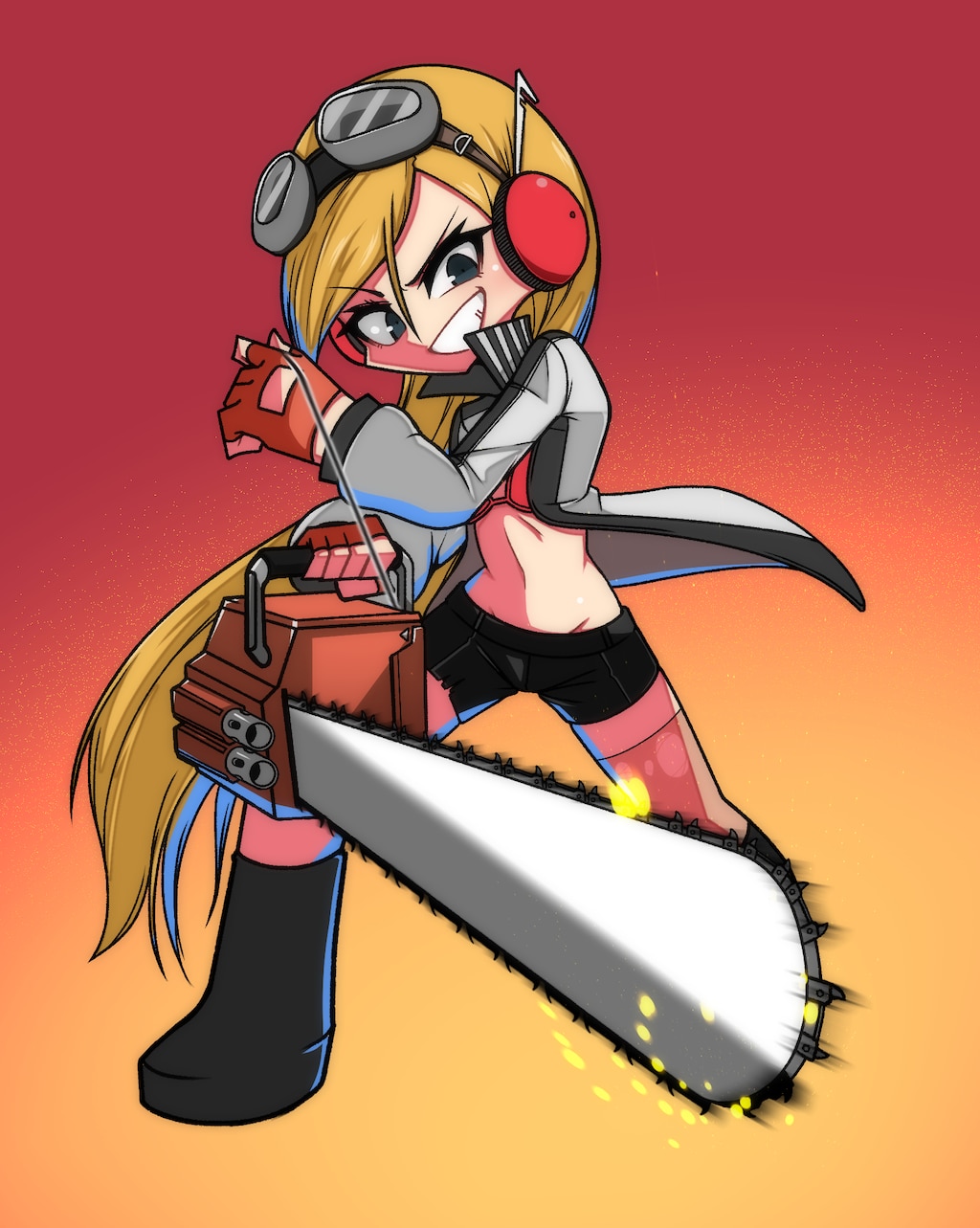 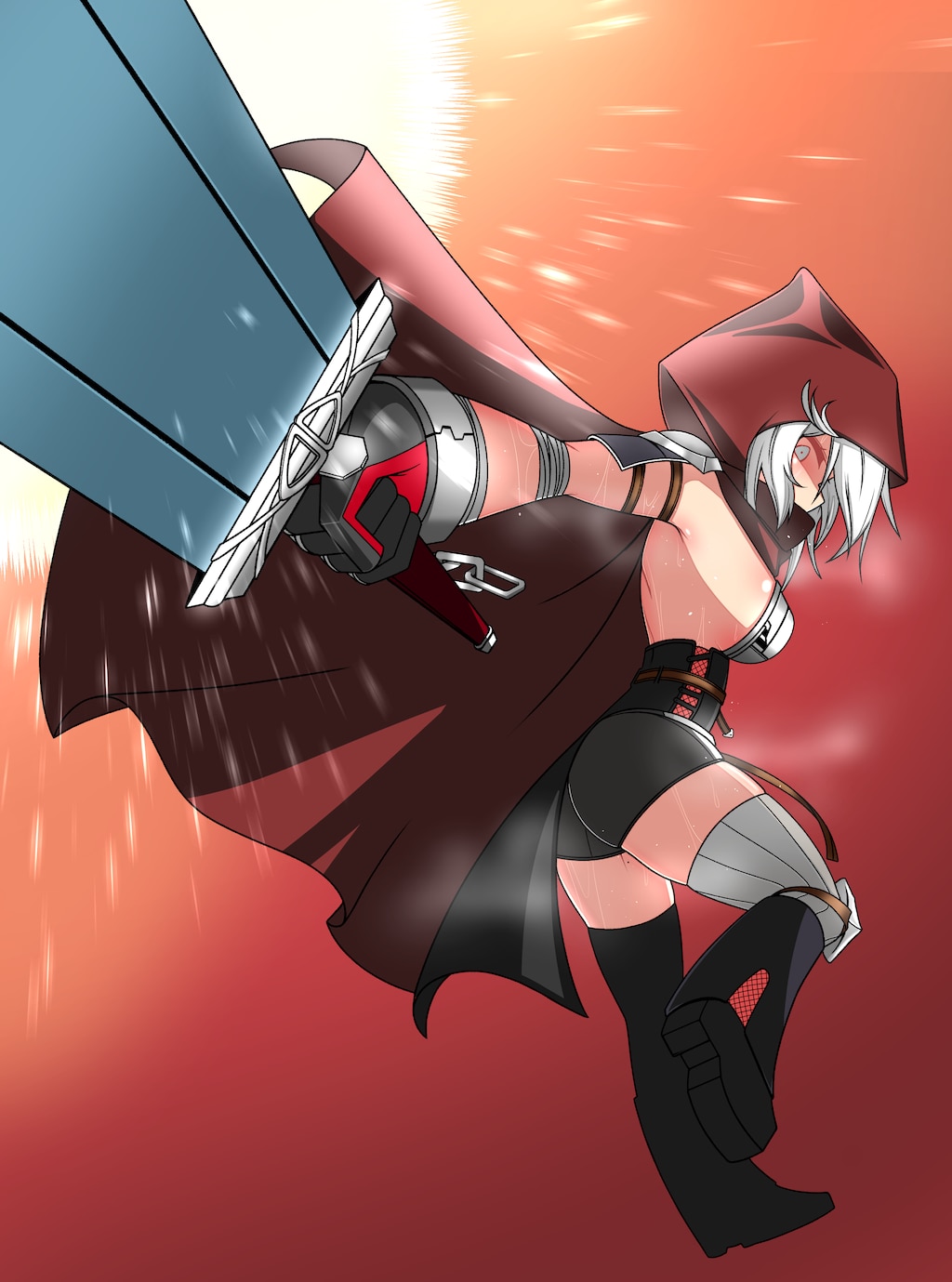 Recommended
15.8 hrs on record
Early Access Review
It's a pretty good, yet challenging game to me. If you like deck building games then this has a fair amount of replay value. It's ost is quiet the banger as well. 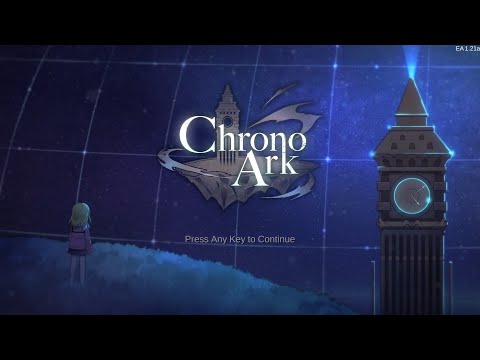 General Guide EA 1.21
This guide covers everything except for character analysis, team composition, item list and skill list. If you have any question, feel free to ask. Please comment if you notice any misinformation. Do tell if you know anything more than I do.
3 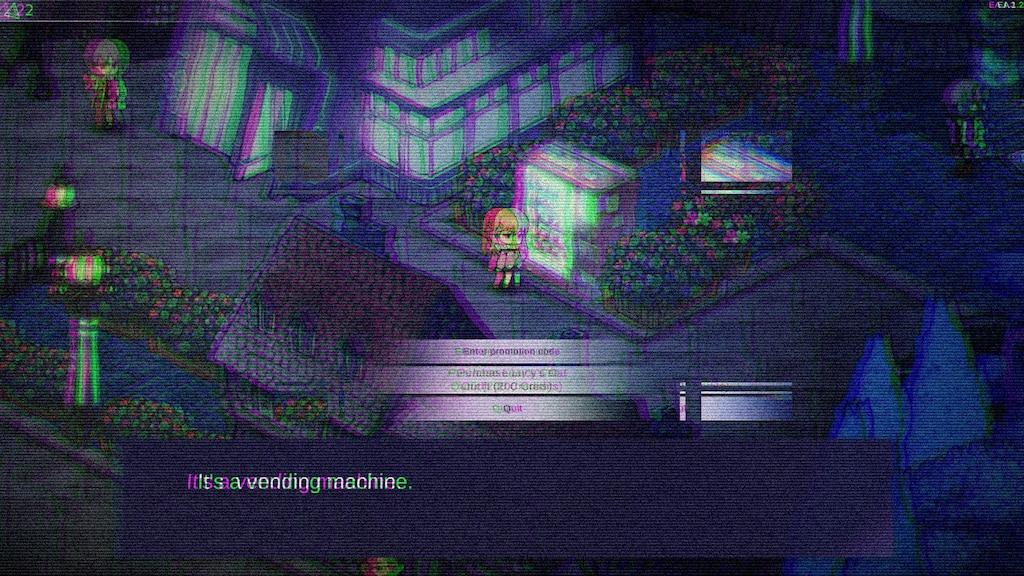 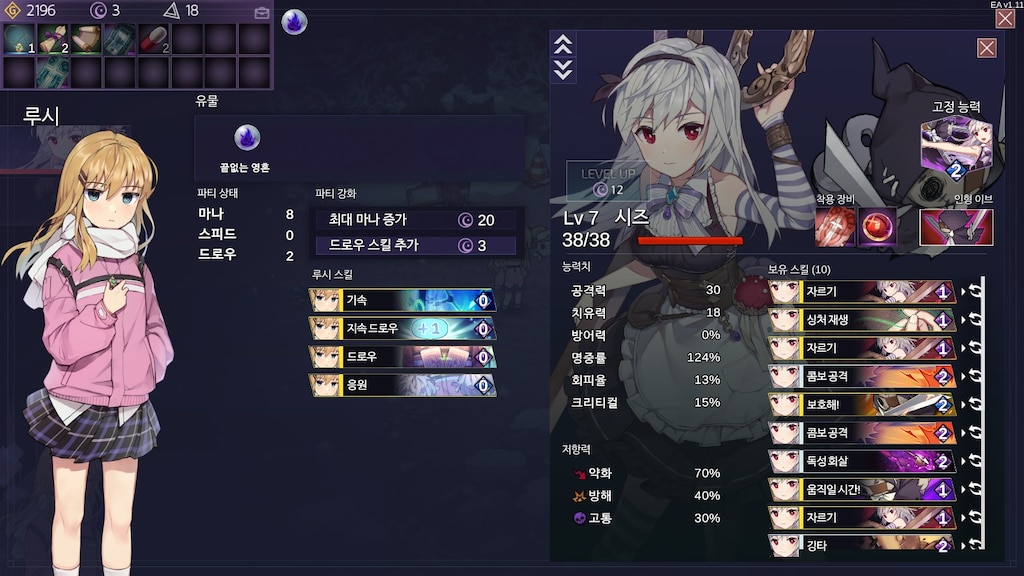 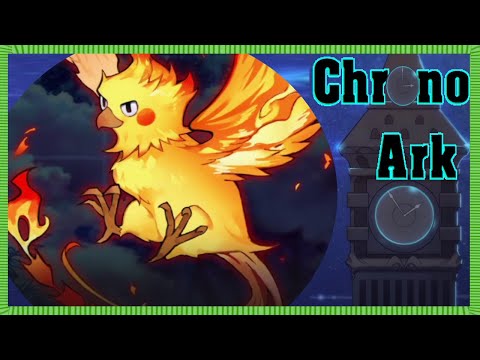 0
2
Unlocking Phoenix in Chrono Ark * Rising from the Ashes 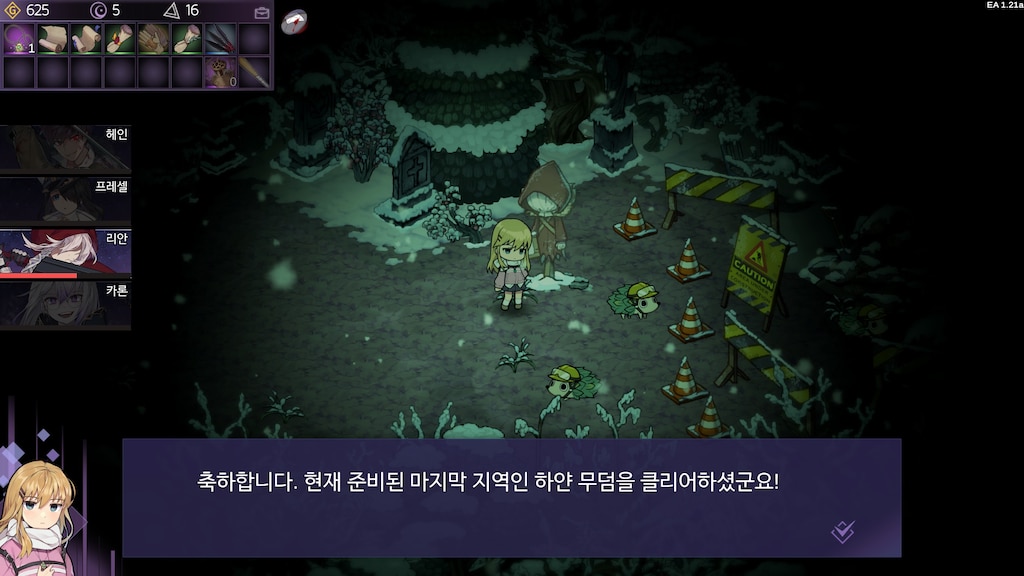 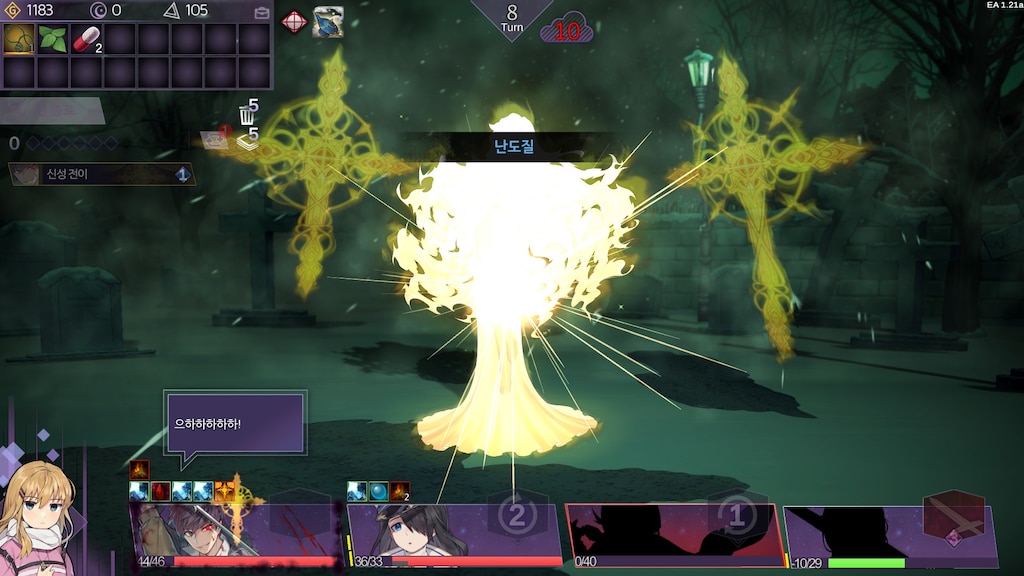 Jemit
View screenshots
How Do I Reset My Game
I played this game quite awhile back (not an official download) Now I've bought it on Steam and I can tell there are quite a few changes. It is pulling from my old saved game and I'd really just like to start all over again but I can't figure out how :(...
5

withinmyself
Feb 22 @ 7:42pm
General Discussions
amount of levels/maps?
just bought it today and played it for 3 hours and i gotta say; i really like it! anyone can tell me how many maps/stages there are atm?
2 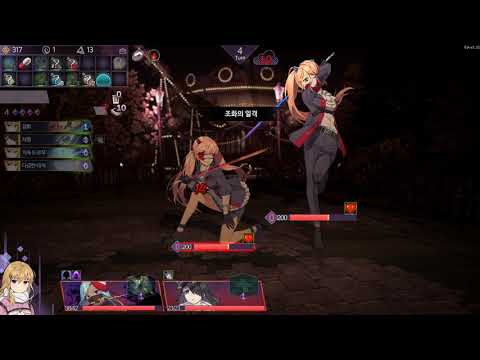 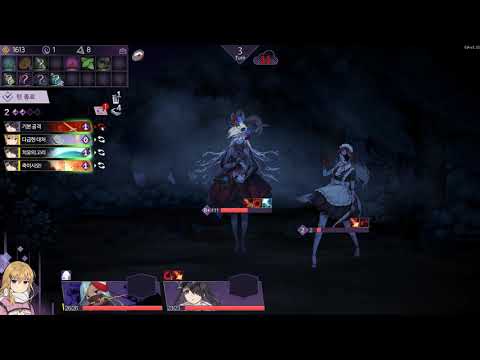