Explore Russia as Gabriela, Gav and Mikhail. Fight Igor, Anastasia and bring back balance to the West Siberian Plain in this immersive 2D turn-based RPG experience.
$3.99
Visit the Store Page
Early Access Game
Get instant access and start playing; get involved with this game as it develops. Learn more.
Most popular community and official content for the past week.  (?)
Update 4: Battle Mode
Feb 1 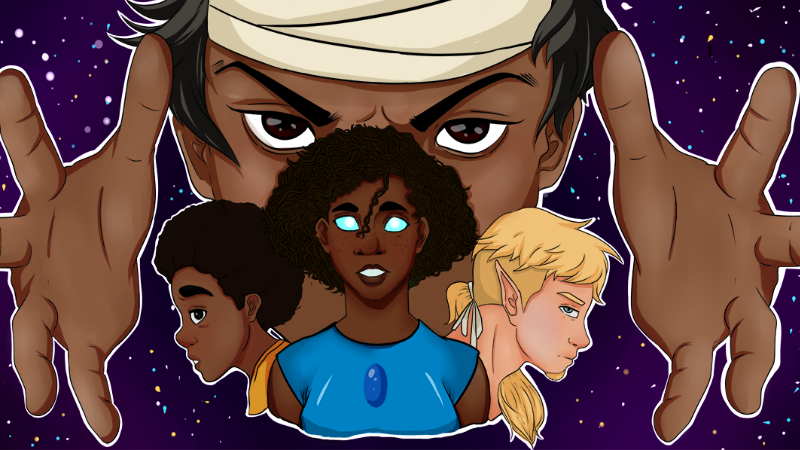 Early Access
Aurora - Hidden Colors is in Early Access. This means the game is still in development, it's not in its final version. Therefore only a part of the final game is available. In Aurora's case, we have the 1st chapter of the Story Mode, the 1st chapter of the Adventure Mode (very similar to Story Mode's), and 2 submodes of Battle Mode: Arcade and VS Raid. Errors may be found and must be reported for us to correct them. If you find any issues when playing Aurora - Hidden Colors, get in touch via auroramidiagames@gmail.com or Steam Discussions.

Battle Mode available
28 playable characters can be unlocked by playing the Battle Mode, and in the future other 32 will be added. Characters will only be unlocked through the Story and Adventure modes.

Balancing
Initial balancing configured. Throughout the week, small updates may occur to solve problems with unbeatable characters or characters who can't defeat any oppnent. We've opted for weaker and less intelligent enemies to start off, so everyone has a chance to explore the Arcade Mode. We'll keep an eye on characters who need balancing, and we'll realize further updating. Our intention is to raise the difficulty of the battles and add new game modes to please all kinds of players.

Arcade
As a good fighting game, the Battle Mode allows you to face series of enemies with Arcade Mode. There are 7 rivals (randomly select from a 41-character pool) and two bosses (Anastasia and Igor). You can unlock a new character at the end. Most characters may unlock a new different character if you finish the Arcade mode with them. Only 28 characters are currently available as playable. All ways of unlocking them can be checked out by selecting their sillhouettes on the character selection screen. Our goal is to have 60 playable characters. New characters will be gradually released to be unlocked on Battle, Story and Adventure modes.

VS Raid
The first (local) multiplayer mode is available. Due to technical difficulties related to the game's engine, when playing the VS Raid mode, all players control the game as they wish. Therefore, we recommend you to organize yourselves and respect your mates to avoid attempts to cheat. We'll think of a way for each gamepad to control the game only when it's its turn, but IF we're able to do that, that might not happen anytime soon.

Dear Linux players
We reinforce again the we have not abandoned the platform. We're working together with Valve and volunteer Linux players to acknowledge and solve the problem that prevents the good functioning of the Linux version of Aurora - Hidden Colors. We ask you to have patience, because soon the game will be available for you on its latest version.

About the Story Mode
We're working on the continuation of the Story Mode. To guarantee good quality of the story we want to offer, it's taking more time than we wished it was, and with the Battle Mode released, the Story Mode had been on background. However now that the Battle Mode has been launched and it only needs balancing, translating and error corrections, we can go back to focusing on the Story Mode, which is what we'll focus on until we have the 10 initial chapters.

About the Adventure Mode
The Adventure Mode will be the biggest, the most explorable, the most customizable and completely about how YOU want to play. However, for us to offer all of that, we need time, a lot of time. Therefore we'll prepare an update in order for there to be a conclusion to the Chapter 1 and for players to be able to explore Chapter 2, but after that we'll focus on finishing the Story Mode. After the conclusion of Story Mode, we'll be working flat out on the development of Adventure Mode.

About languages and translations
The new Battle Mode is 100% available in Portuguese, but not in English. Translating the whole database, the messages, dialogues, skills, menus and everything else takes almost the same amount of time as to developing them. It requires tons of testing and corrections, and for that reason we not always have a respectable translation for all moments in the game. We keep working to correct flaws and procede with the translation of everything that is still not in English. We intend to add Spanish in the future, but we still don't know when. New languages will most probably only be added after the conclusion of the Story Mode.

Your feedback is essential
In case you play Aurora - Hidden Colors, tell us your opinion about it! Suggestions, comments and complaints are welcome. In case you find any problems, we need to know to solve it ASAP. Get in touch via Steam Discussions or e-mail: auroramidiagames@gmail.com. We're also present on Facebook[www.facebook.com], Twitter and Instagram[www.instagram.com].
After finishing the 1st Chapter of the Story Mode, remember to leave a review telling your opinion about it. All feedback is welcome.
Thank you!

Zoe Zero
Jan 16 @ 5:43am
General Discussions
Linux version disabled for maitenance
Jan 14
As we're having difficulties fixing a problem with the Linux version in due time, we're TEMPORARILY disabling the Linux version. We're not giving up on it, we're adapting our work completely to it, and will come back with it in a new update ASAP. We're sad that we can't offer a good experience for Linux players right now, and that's why our focus will be on making it work, and for avoid causing frustration to new Linux players, we have to disable it.
We apologize for any inconveniences and appreciate all help provided from the Linux community.


In case you find any problems, get in touch via Steam Discussions or e-mail: auroramidiagames@gmail.com.

Zoe Zero
Feb 2 @ 1:33pm
General Discussions
Battle Mode: Character Balancing
Here's the official topic for discussing which characters should be buffed or nerfed. Your opinion is essential for the game's development. Feel free to post in English, Portuguese or Spanish.
0

Zoe Zero
Feb 2 @ 12:27am
General Discussions
Talk to the dev
Here's the place for you to talk to me directly and ask any question you might like about the game, the development, its story and anything else related to Aurora - Hidden Colors. Feel free to speak English, Portuguese or Spanish. --- Este é o lugar pa...
0

Zoe Zero
Jan 11 @ 10:07pm
General Discussions
Help, Tutorials, Tips
Here's the official place for you to ask for help when you're at a difficult part in the game, and also, of course, the place for helping people who are stuck. Feel free to post in English, Portuguese or Spanish.
0