Welcome to Moe Era, the era of cute things! It has everything but a hero to help four adorable girls. You're the one they're waiting for!
Visit the Store Page
Most popular community and official content for the past week.  (?)
OST Release and Other News
Feb 15
Hi everyone,

Also, you can find our Moe Coins on the Store page. They do absolutely nothing... but all proceeds go towards funding Ermy's new game! ːnepnepː

Thanks for your interest in Moe Era! The game even appeared on New and Trending tab, then stayed there for 10 days straight. Wow!

Moe Era
3
54
Can I hide text?
Is there any option to hide text? I want sometimes make screenshots but I don't wanna have text there

Moe Era is not a bad game, but it simply doesn't do anything really well, and I believe the comparisons to DDLC don't help either.
The game is pretty much the essence of mediocrity. Even for a free title, at times I felt that I could be doing something better with my time. A brief 4.4 hours of my time.

THE 'GOOD' STUFF
MUSIC
The music is decent. It has high tracks and low tracks, but compared to other visual novels, the music lacks staying power. This is more of a personal thing to each player, but it is important. Another title with similar art style and theme, Everlasting Summer, (ES) has excellent music that knows its strengths and knows which piece goes where. The piece played at the end of every route makes the payer feel emotion over the story they just played. Moe Era does only a decent job at utilizing their average music. Chopin was the best music in the entire game.

ART
If I had to give this game a 'strong suit,' it would be in its art style. The colors are vibrant, there are a good number of sprites for each character, and the anime girls are cute. However, for this kind of title, this is all just checking boxes. These are things that can be expected from visual novels; not to say that they are any less impressive due to their frequency.

CREATIVITY
It explores a cool concept that has similarities to both DDLC and Everlasting Summer's later half, but the execution results in a under-cooked and at some times cringe-worthy story.

PROTAGONIST
Not a complete idiot AHEM DDLC . And I appreciate that. The protagonist is funny at times and doesn't beat around the bush or act completely clueless when it comes to the girls.

light spoilers from here throughout

LACK OF CHARACTER BUILDING
This is huge . The player can't like characters if they are not built well. All of the character development is rushed and happens mainly in the later portions of the story. I thought the male supporting character's story was more fleshed out than the girls' stories. That's not good. The game opens similarly to ES, but once that part is over, you are thrown into the deep end. Get ready, cause at that point on-wards, the game tries to force 'character development' down your throat until the endings. It tastes awful. Some parts are genuinely funny though, I did have some pretty good chuckles here and there.

PACING/LACK OF MEANINGFUL DECISIONS/LACK OF INFORMATION
To continue with my previous point, this game seems like it forgets what normal dialogue is. Every block of text is either a hit-or-miss joke or something that seems to be very important to the character's measly development. After the beginning, Ii felt like nothing made sense. I didn't know what kind of world I was in, why I was in a school, why I had 4 classmates, etc. It tries to address these gaps, but it is done so quickly that the explanations are confusing or hard to remember.
This makes decision making feel horrible. The beginning of the game is especially taxing. You are introduced to the female characters, they make some out-of-place small talk that makes you feel like you should already know these characters, and then you have to pick one of them to spend time with. Great, I know nothing about these characters at this point, so I'm choosing solely based on appearance. It feels like a forced decision, and everything afterwards follows the same trend as the player tries to play catch-up and understand the characters. Some decisions result in one unique line of dialogue. Some don't at all. Most things outside of the main decisions, which are painfully obvious to pick out, do really nothing to your story. There are 2-3 other 'routes' depending on how you look at it, but decisions feel weightless and/or forced in most scenarios.

CRINGE FACTOR
I saw a review before I played saying that this is basically r/im14andthisisdeep. Well, unfortunately, they're not wrong. It isn't that bad, but it definitely could have used a few more rounds of revision and second opinions. The rushed and forced feeling really comes out here. Some of the memes just feel put in just cause. The minigames are interesting concepts, but ultimately add nothing. The time spent making the minigames could have been used writing more lines of character development, which is significantly faster then making a whole minigame. Ermy's Game is especially cringe-worthy, but it does make sense as to why.

THE PLOT
Where is it? What is it? Why is it? No one knows. This game either asks the player to have the biggest brain this side of the universe, or it simply hides its lack of focus behind big topics, political themes, and cute anime girls. It's the latter for sure. I hate to say it, but it seems like the game was made by some early college student coming to terms with life. I want to add, the concept is fairly interesting, but it is so bloated with jargon and confusing dialogue. After the first run-through, I realized that none of the characters really fit with the themes they were exploring. The themes just seem tacked on. Nana makes the most sense. Marta is a complete mess in my opinion. I'm confusing myself just thinking about it.

THE UGLY STUFF
THE COMPARISONS TO DDLC
Stop comparing this game to DDLC. If you care about this game at all, please don't. The two are loosely alike. DDLC is simply too giant of a game success for this one to have any chance. This comparison skews the expectations of the player right off the bat. DDLC successfully builds up its characters and its world via normal dialogue and meaningful, natural choices. And then when it comes time for the twist, the game speeds up and executes it perfectly. Moe Era does not do this. When it comes time for the end game, everything begins to click and somewhat make sense, but the rest of the game you just played through feels tacked on for no reason. It feels like two games in one. One is a visual novel and the other is a blog about post-18 struggles and philosophies. Like I've said before, there is no focus.
DDLC has a set focus. It is out there to shock and pull out raw emotion. This game simply does not have the same level of focus. That doesn't mean that this multi-focus/branching style can't be executed well. Everlasting Summer does just that. Many of the endings explore different realities exploring how the protagonist ended up in the situation to begin with. Without saying too much, some stay within a dream-like state, some head back to the protag's original reality, some are darker. But it is done well.

The End (of the review)

This game is struggling from three main things. A lack of focus, a lack of character development, and a harsh comparison to DDLC given to it by others. Are the games similar? Of course. But this game is no where close to the level of polish of DDLC. It is unfortunate, because I feel that given more time, this game may have been more refined. Or it could have just gotten worse and more bloated.

6.0/10-If this was a class, Moe Era would barely pass as entertaining.

Recommended
0.3 hrs on record
It's a visual novel (I am no fan of those) but it is free and has nice visuals and music.

Recommended
3.1 hrs on record
Product received for free
Don't go in expecting another Doki Doki Literature Club, but do go in expecting a free, well made visual novel that makes you reflect on life a bit.

Nice art and music, and a good enough story. Some of the characters are not fleshed out at all and there are a few dangling plot threads, but it's well worth completing this game.

Excelling at the Minigames
A guide of the choices you need to make in each minigame to please each girl. Also unlocks the "Pastry Puffer" and "Mensa Club" achievements.
4 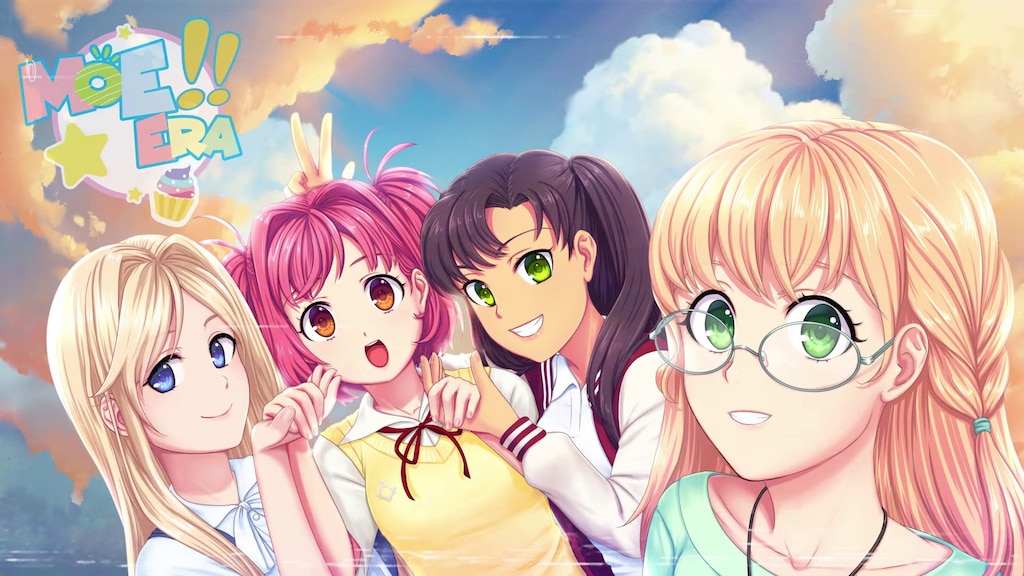 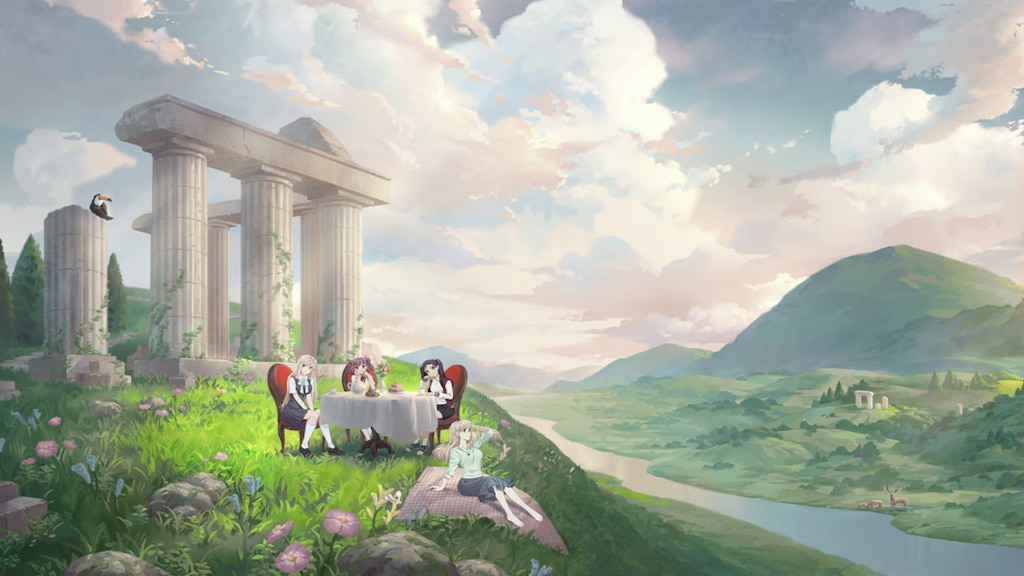 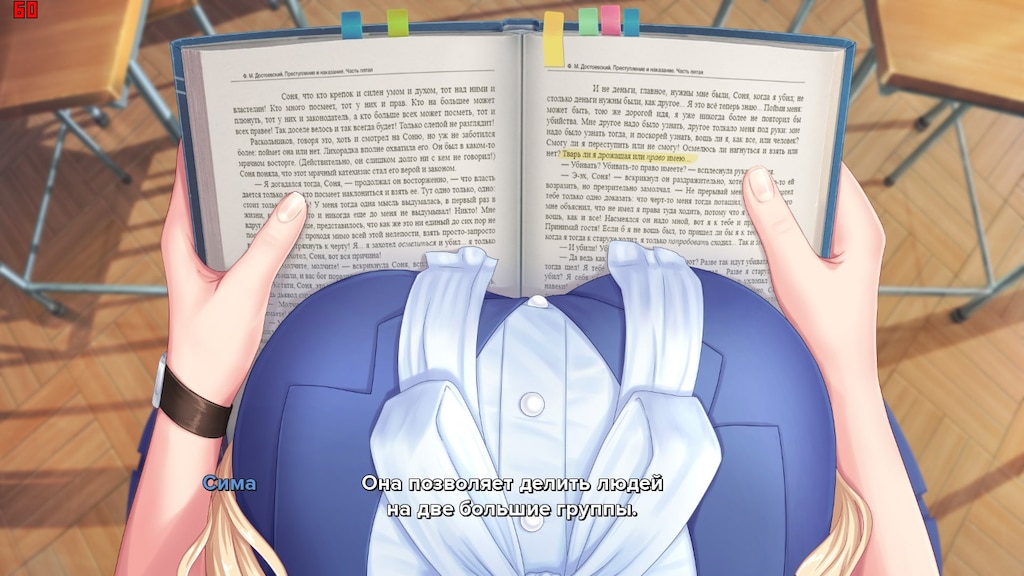 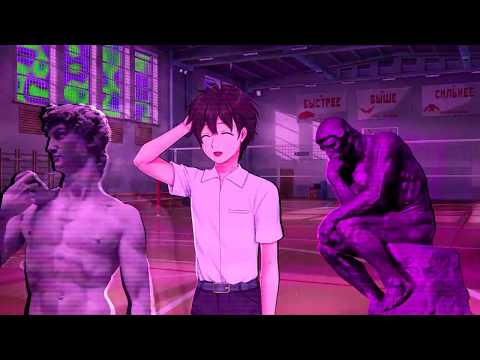 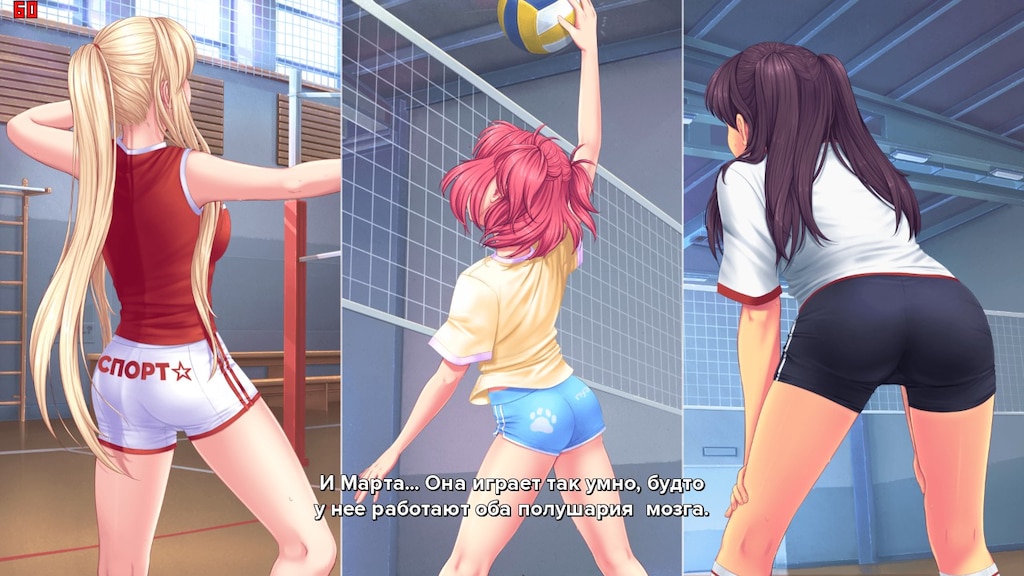 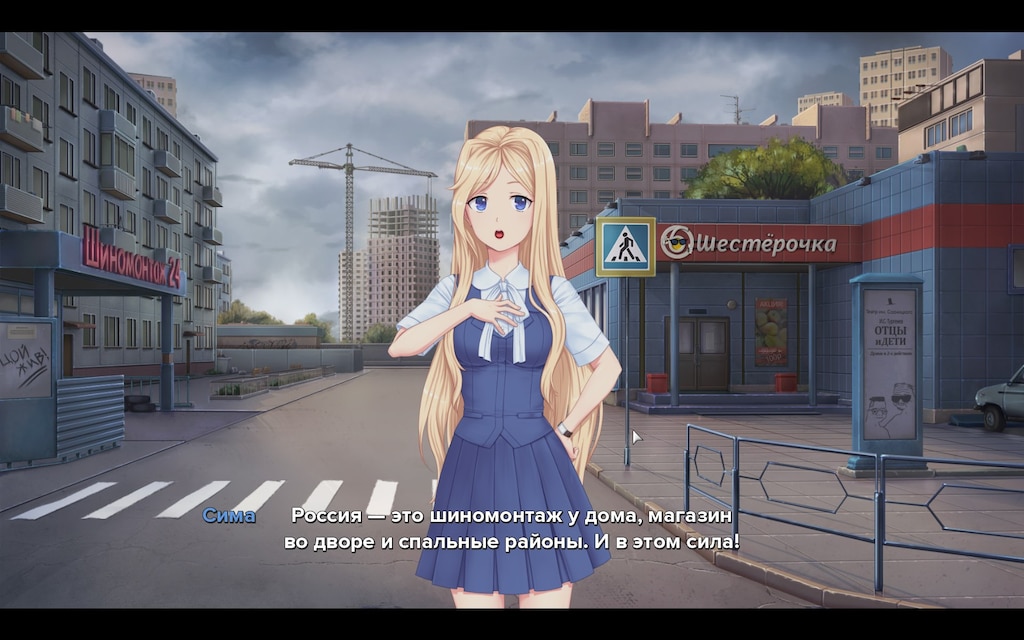 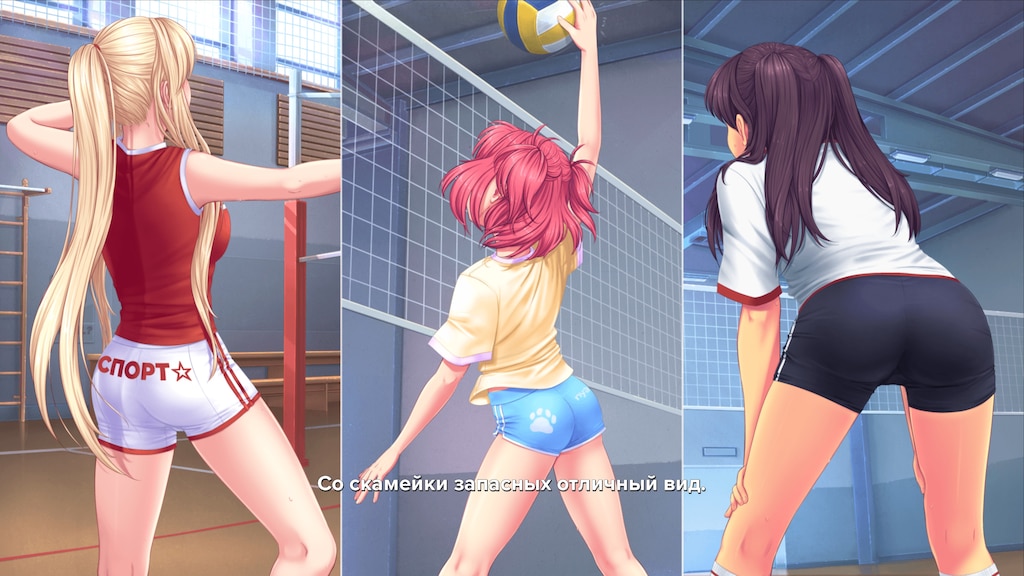 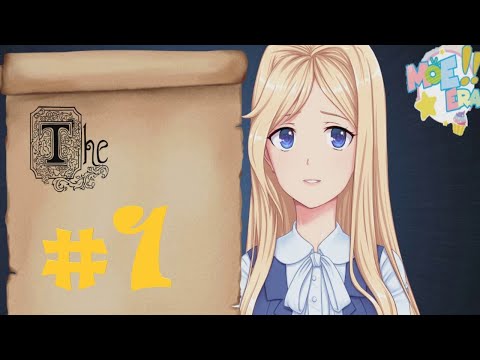 Night Tales
View videos
Which girl is the best??
Who is best waifu??
68

DarkestPrayer69
8 hours ago
General Discussions
somethings up
i looked at the tags for this game and i saw this being horror related. could we be seeing this being ddlc in disguise
17

ＩＪＮ Ｋａｇａ
Feb 13 @ 7:38am
General Discussions
Piano Key HOW do you know which to press?
Was there a hint? Like what's the clue in the game? I don't want the answer, but I want to know how to get it. Thanks :) Edit : I was misguided by 2 2 1 1 5 comments floating everywhere lol ( this is in the beginning release in which I saw comments rep...
12 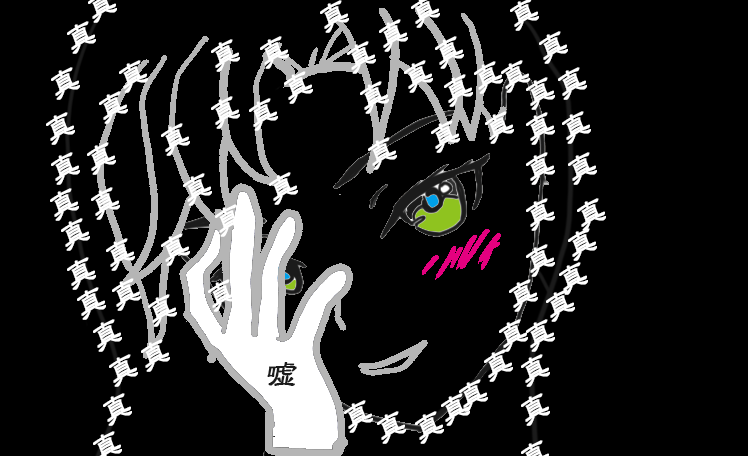