Eine dunkle Präsenz belagert die Kleinstadt Bright Falls, und drängt Alan Wake an den Rande des Wahnsinns in seinem Bemühen dieses Mysterium zu lösen und seine Geliebte zu retten.
$14.99
Shopseite besuchen
Die beliebtesten offiziellen und von der Community erstellten Inhalte der letzten Woche.  (?)
3.5 Gigabytes of Bonus Files. You can delete them. Should be an optional download.
Look at this , 3.5 Gigabytes of videos and music that I have no intention of consuming I am talking about these folders: bonus, bonus_material, soundtrack Of course bonus material is a good thing, and I appreciate it, but the game took longer to download because of this. Also goodbye some SSD TBW for absolutely no reason. I wish developers would just put all these things as a separate download, it is the most reasonable thing to do. Also there is a ...
14

Alan Wake - All In One
An "All In One" is a guide that contains all Achievements,Collectibles in order when you can find them so you wont miss nothing! BIG THANKS TO RodersArgoders For Episode 1-2 Dollar Junior (abugaj) Episode 3-6 & DLC The Signal & The Writer
590 Bewertungen 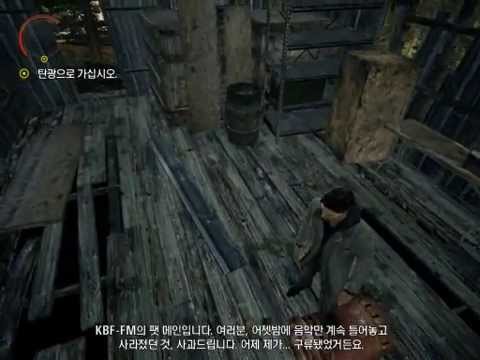 [JP]沈着マン
Videos anzeigen
So far the Alan Wake Remaster is a flop...
[...] We had no royalty revenue from Alan Wake Remastered during the first quarter as Epic Games Publishing has yet to recoup its development and marketing expenses for the game. [...] Source: Remedy Entertainment Reads to me, that the venture for Epic Games is not paying; the same for Remedy. But alas that is probably what is...
5 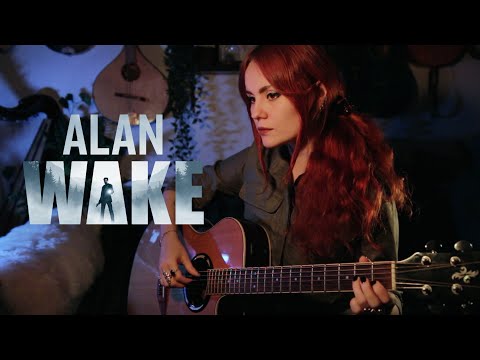 6
10
Alan Wake - The Poet and the Muse (Gingertail Cover) 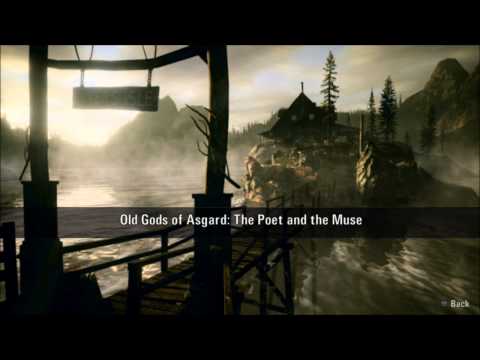 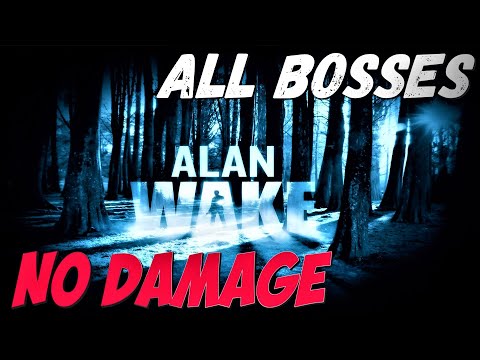 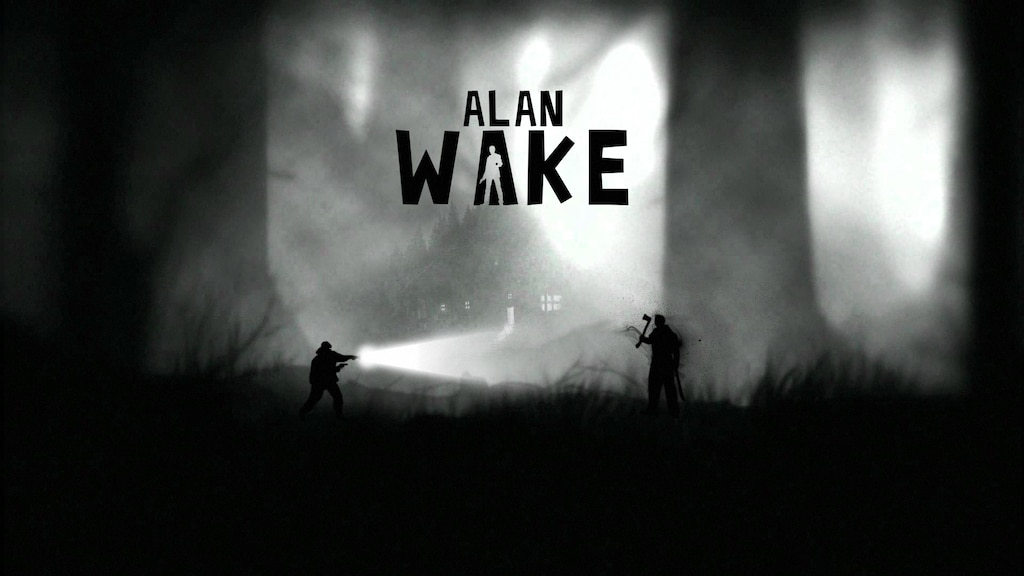 1
1
The Dark Limbo of Alan Wake

Alan Wake - General Guide
My guide to the Alan Wake aims to prepare you for all what you might encounter. Including gameplay and combat tactics along with some useful advices that will help you right from the start.
78 Bewertungen

DuX1112
20. Dez. 2021 um 14:58
Allgemeine Diskussionen
Hard difficulty?
Hey guys! Completed the game on normal difficulty and unlocked 2 achievements at the end, at once - normal and hard, yet the hard difficulty itself still locked for me and I only have easy, normal and nightmare now. I never skipped any scenes, watched everything, even credits and in-between songs till the end. Is it normal? And how to play on hard? Maybe it's different for PC, easy counts as normal and normal as hard?...
4

Toni 'Bō' Jones
22. Mai um 5:53
Allgemeine Diskussionen
Steam Deck compatibility issues.
With proton 7+ there are graphical glitches, with proton 6 and below the cut scene audio is missing, audio is also missing from the main menu on version 6 and lower. Anyone have a fix for either of these? Update: I think I found the solution. Use Proton 6 and add a launch option under Settings , the gear icon on the game launch page. Under Properties... > General > LAUNCH OPTIONS add -forcestereo Alternatively you can use -forcesurround . Haven't tested the surround opt...
9 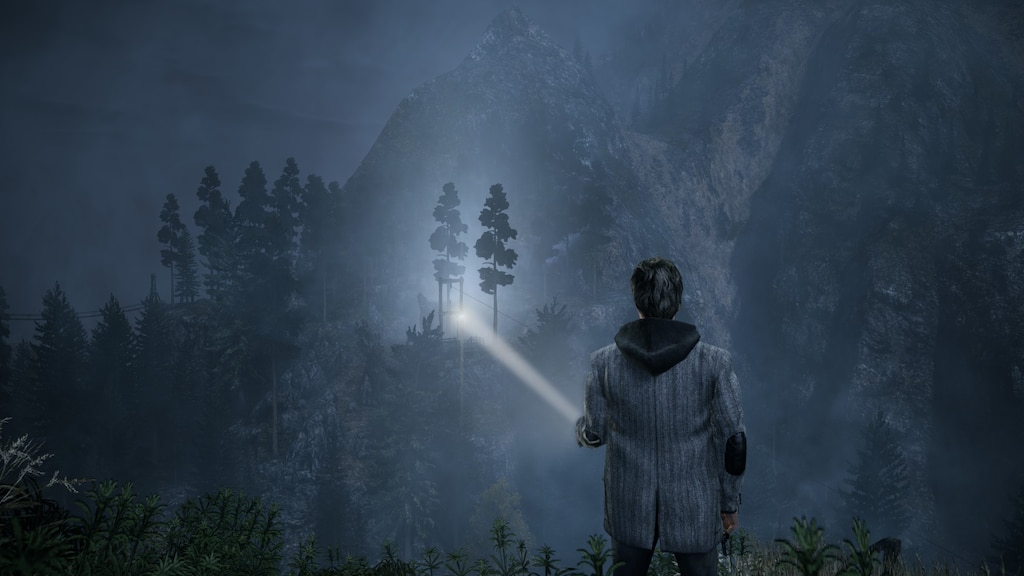 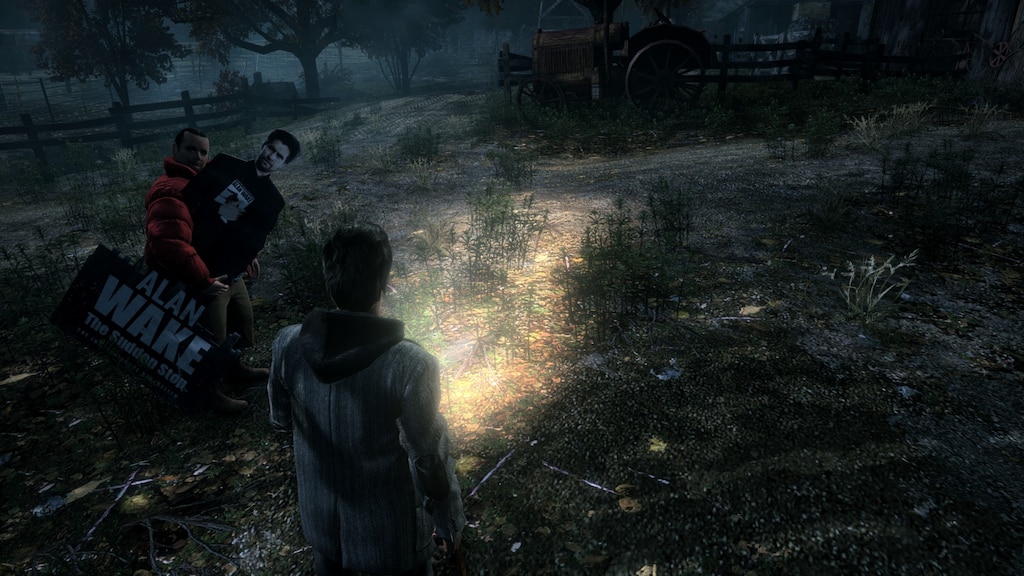 0
0
The MOST impoirtant thing when running for your life and surviving the horror - keep your own cardboard. Top survivor priority. 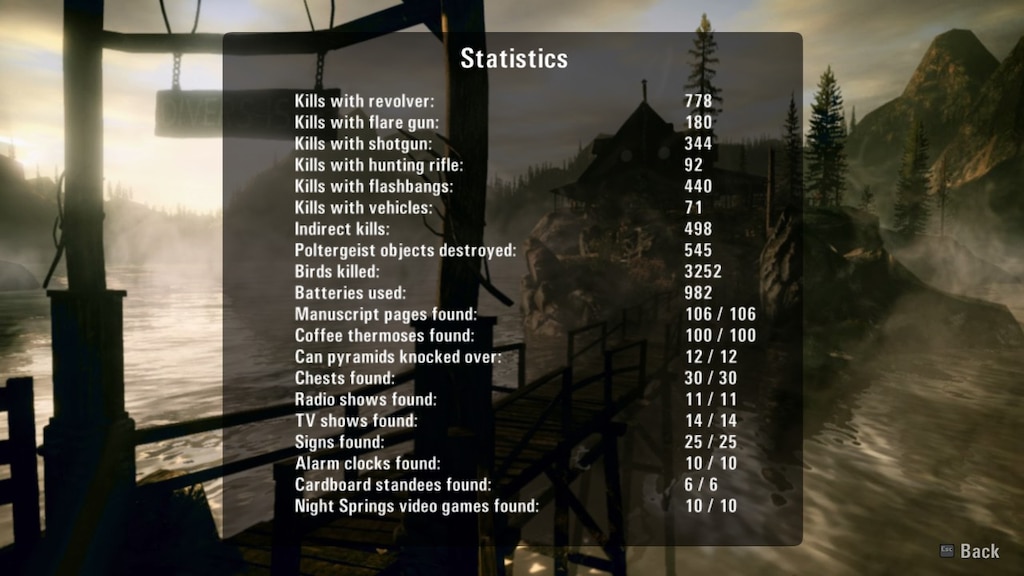 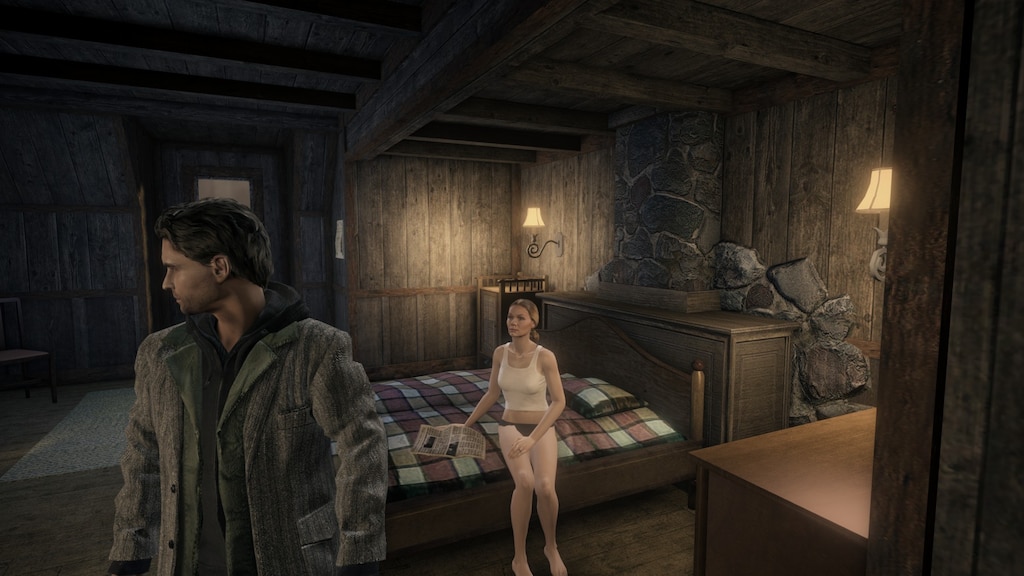 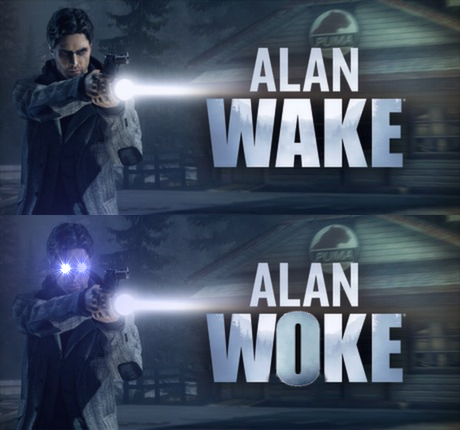 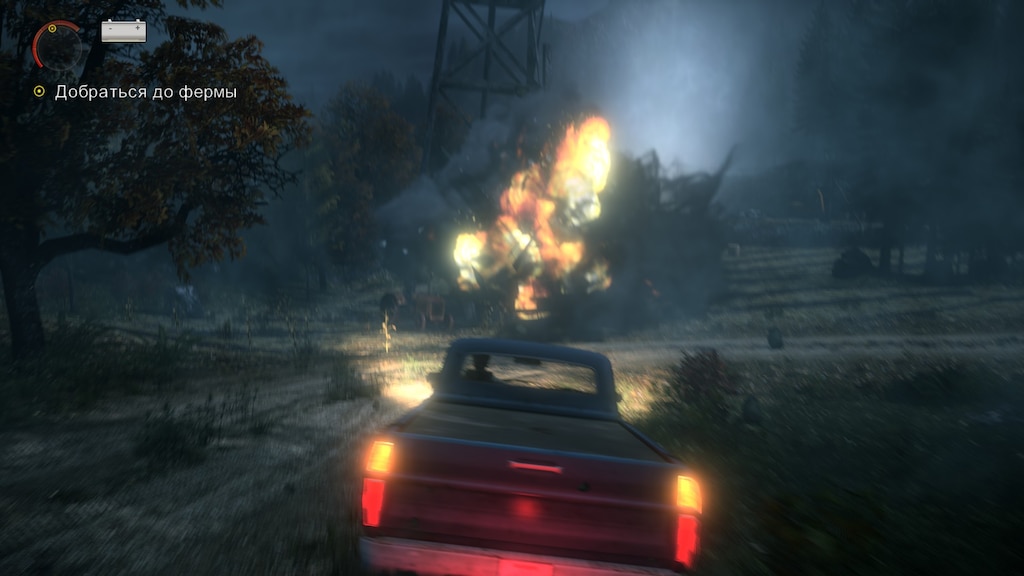 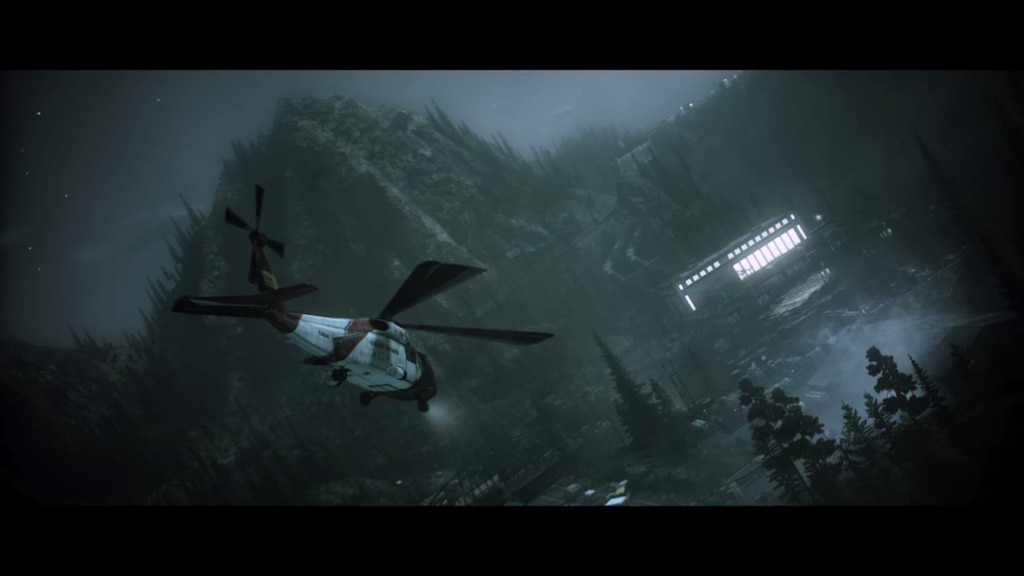 Empfohlen
11.6 Std. insgesamt
I bought this on a wim...
I was told it was similar to Silent Hill and I wanted more Silent Hill so I bought it

I know there's a remaster on Epic Games out Right Now
For a good price, but I don't particularly like Epic
So I bought the steam version and despite being a game from 2010 I thoroughly enjoyed my time through Bright Falls

Graphics are functional, the models can look okay or great, the animations are phenomenal, such as the trees, like ♥♥♥♥♥♥

Acting is passable to fantastic

The story is... Probably the weakest aspect, not that it's particularly bad but I spent more time confused than invested
I was more so playing for the enviroments, which are phenomenal.

The game is a good recommend.

The ending however... it kinda sucks honestly, I understand the metaphor and all, but it's annoying, I don't always need a happy ending, but one that is more satisfying would've been nice.
The final areas of the game are so GREAT, so enjoyable but it feels all for nothing by the ending.

Audio was good, so was the music

This is an overlooked Gem
Flawed, but with it's up coming sequel I think it'll be good

ALSO I WANT THE MAP MAKER THEY HAD WHEN THEY MADE IT RELEASED TO THE PUBLIC, IT'S SO COOL 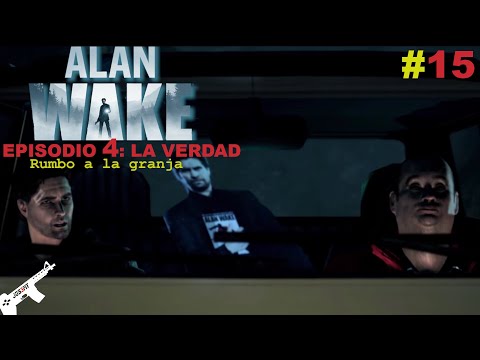