Pistol Whip is an unstoppable VR action-rhythm FPS. Journey through a cinematic bullet hell powered by a breakneck soundtrack to become the ultimate action hero legend. With arcade-style scenes/songs, story-driven cinematic campaigns, the Styles system for endless ways to play, Contracts, &...
-35%
$29.99
$19.49
Visit the Store Page
Most popular community and official content for the past week.  (?)
Start your Career Today in Pistol Whip’s Latest Update!
Jun 16
Hey there, mercenaries, assassins, and badasses of all kinds!
Have you been looking to build your legacy? Well, look no further! Whether you are an established professional or just starting out, there is something for everyone in our latest update, Contracts!

Contracts
Throughout the month, take on a wide range of time-limited single-scene and multi-scene contracts to complete! From tackling daily bounties to weekly raids or challenging the imposing monthly ultimatum, players will have a wide variety of content to take on.

Career Progression
Track your overall ranking against the competition in the Career Screen! With every completed contract, heroes will earn points toward their Total Cumulative Score which will place them on a cumulative leaderboard unique to the Careers tab. Build your legacy and become a legend.

New Weapons and Modifiers
Take on contracts in style with brand-new brawler weapons and modifiers!

Pistol Whip
271
28
[Bug?]Achievements not unlocking
I completed the training and passed the level for all difficulties. Achievements didn't count. Kills and hits with a pistol do not count either.
8 How the scoring system works!
This guide will explain how the score system works and what basis points are awarded on.
77 ratings 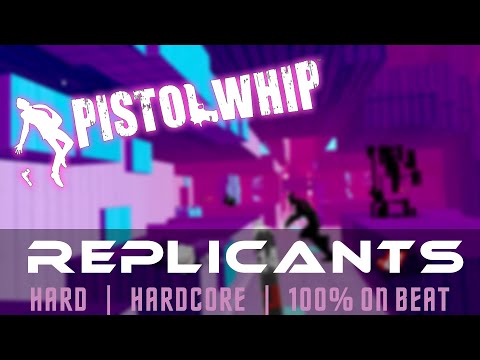 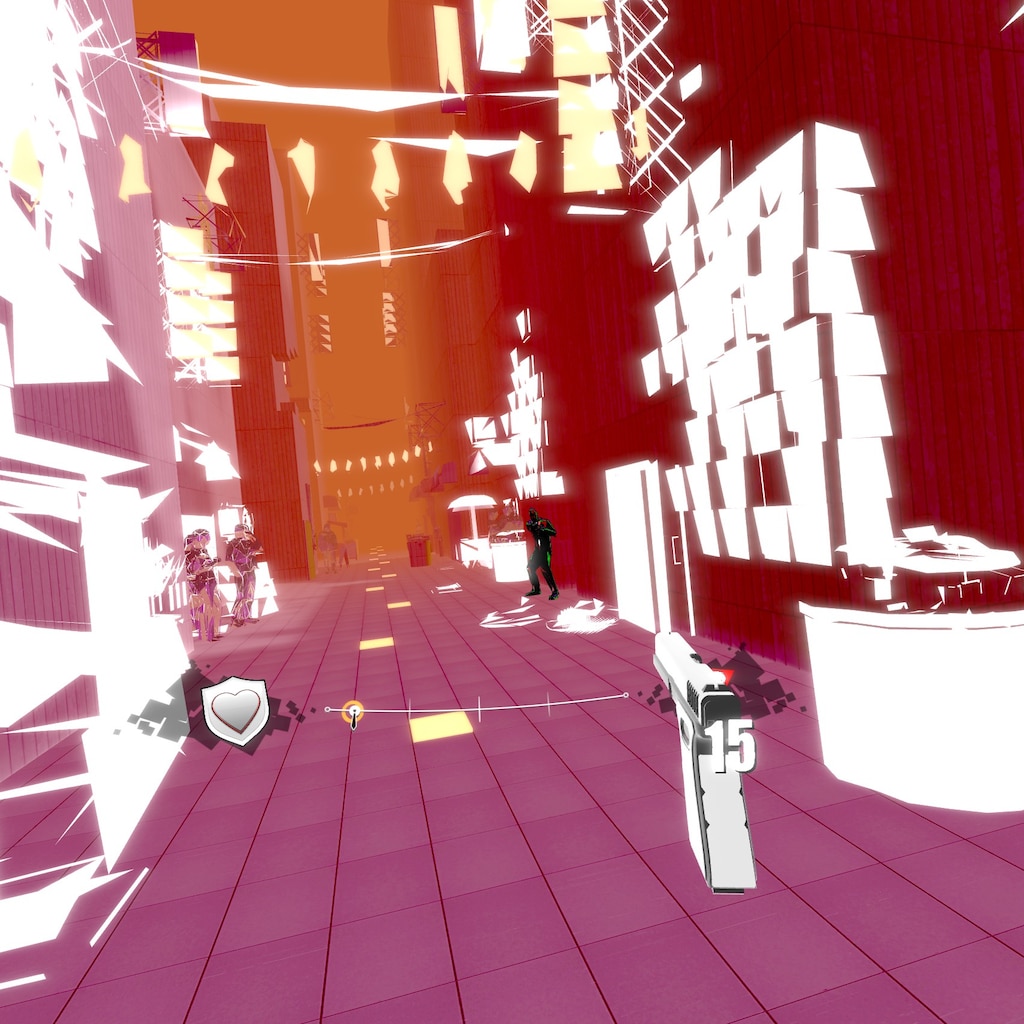 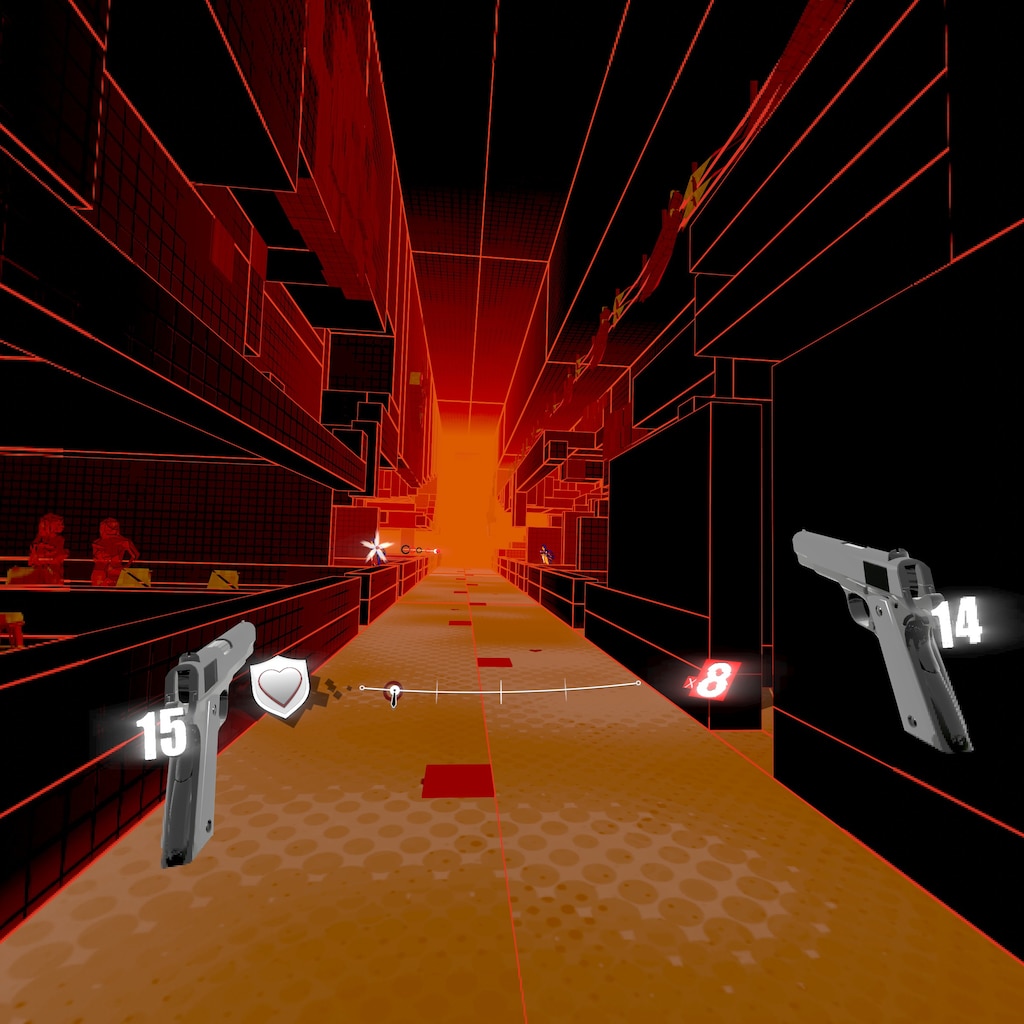 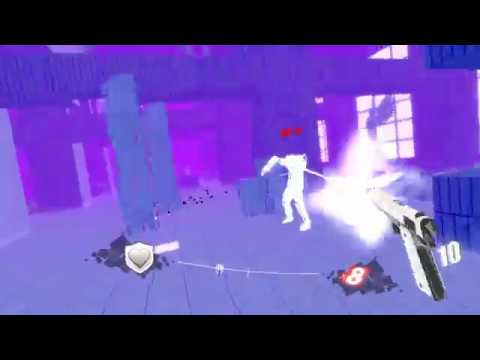 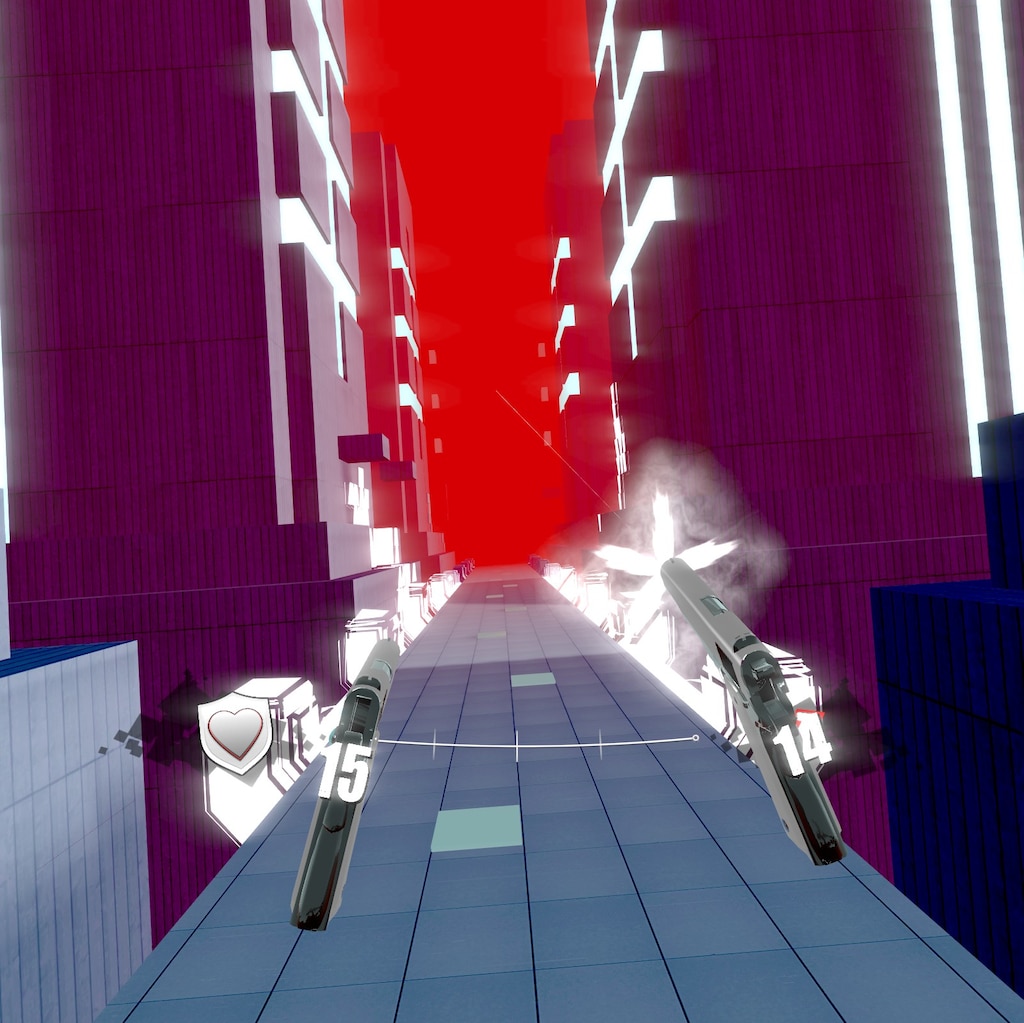 crow
View screenshots
UGC (User Generated Content) Soon?
A bunch of m friends and even some people in the community are saying things like: "I stopped playing..." or "It needs more songs.". So I was wondering wouldn't this game benefit from UGC? I mean it has helped a lot of games in the past stay afloat, hell even get bigger as time went on. As well as I believe the Steam Workshop would be amazing for this game. Just some food for thought or to see if the devs are going to work on it anytime soon. As I would really want to learn to make my own maps in this game...
4 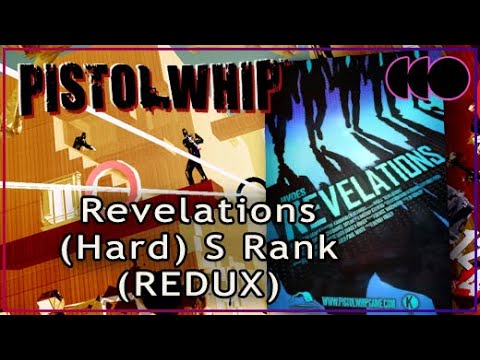 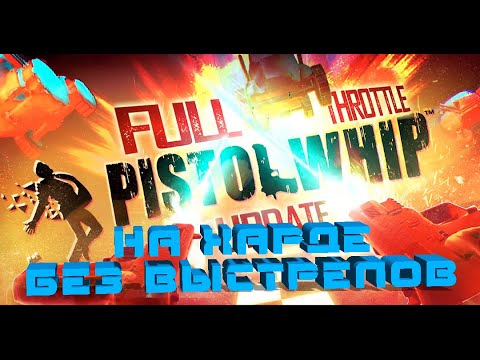 100% Achievement Guide
Guide to unlocking every achievement in the VR game Pistol Whip.

Pistol whip is a shooting rhythm game where you use pistols to shoot targets to the beat of music.
You will get a great lower body workout with all of the dodging and ducking in this game.


in short
do you want a game that makes you feel like an action movie star in a shootout, then get this game.


p.s as long as I am not shot i the head then I will not die in a fire fight 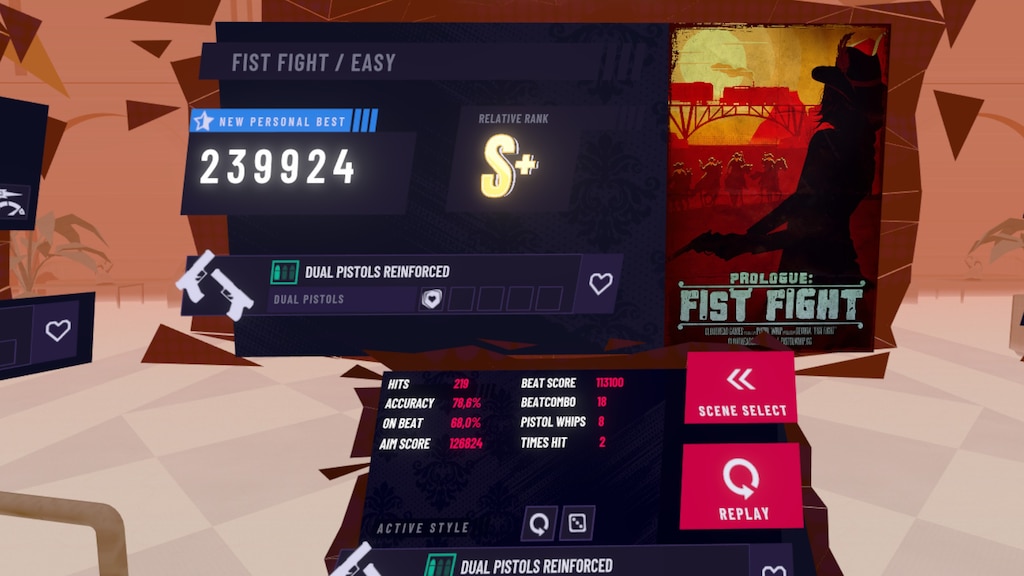 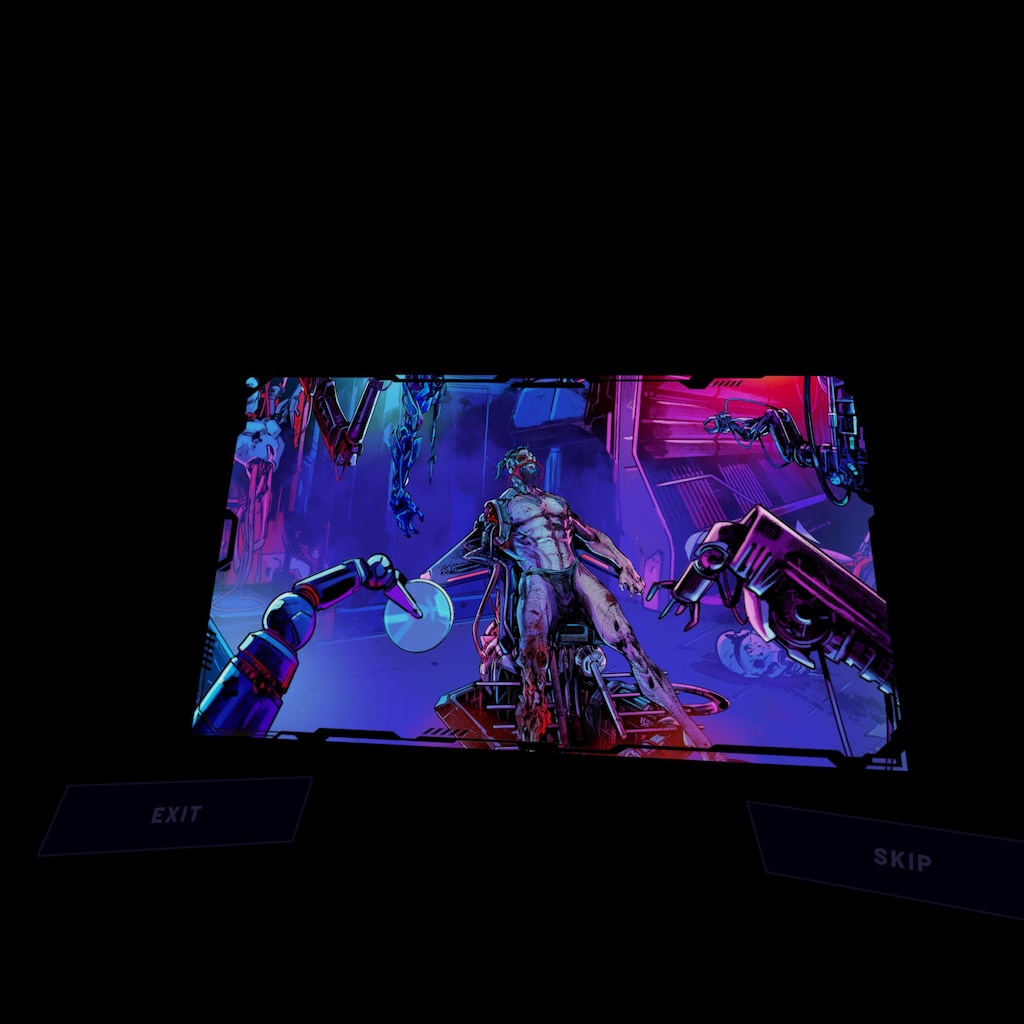 Locations of hidden enemies (perfectionist achievement)
A video guide to the locations of the hidden flying enemies in Pistol Whip. One each for each of the original 10 levels.

riskyboobingle
330 products in account
0
Achievements not unlocking
As title says, no matter what I do, no achievement is unlocked for me. I did a Classic run on Easy and Normal, still nothing.
5

Not Recommended
1.4 hrs on record
Relies on ♥♥♥♥♥♥♥♥ to create a challenge, then implements "assistive features"as a blanket compensation for bad design.

By default, game has aim assist which undermines the entire premise, and when you turn it off you'll find that the gun sight (and presumably the gun itself) isn't aligned to the shots.

If you want to play this purely as a rhythm game, there's probably something to be had, but as just a gun shooty bang bang, it feels bad.

And by the game's internal metrics, I'm great at it, so this doesn't appear to be a skill issue.

Capron Denim
735 products in account
0
Feedback/Suggestions after the most recent update
I saw the update notification in the library, played again... some feedback/suggestions are below. Feedback: * Did you touch world scale? Size of everything feels very different compared to previous versions. The starting room is now huge. Not sure what happened. * Tried contract mode, was disappointed that none of them require deadeye modifier. I kind of never really play the game without deadeye, the exceptions were the "story" maps. * If the leaderboard is global, then apparently I'm the only person wh...
5