ORX is a new take on the well-known tower defense genre, blending mechanics of popular deck building and tabletop games to create a truly unique experience. Grow your castle, expand your domain, and take a stand against hordes of green-skinned attackers!
$19.99
Visit the Store Page
Early Access Game
Get instant access and start playing; get involved with this game as it develops. Learn more.
Most popular community and official content for the past week.  (?)
ORX on TactiCon 2022
Sep 22
Greetings, everyone!

It's time to get tactical! We're happy to announce that ORX is a part of TactiCon event on Steam! And just for a limited time during the event we're bringing back ORX Demo — straight out of our magic vault!

Untouched by the time, ORX Demo still presents a great opportunity to try out ORX if you're new and take a look at how the game looked previously if you already own the game.

What is TactiCon? TactiCon is a digital convention hosted on Steam celebrating strategy video games — highlighting the brilliant and creative minds who develop strategy games and gathering the players who love them.

Catch us on September 22-26 on the event page and try out the Demo!

Also don't forget about our Steam Guide contest — only 5 days left before the submissions close!
For details read our official announcement for the contest
https://store.steampowered.com/news/app/1071140/view/3307353067772223000

ORX
47
1
Where is the DEMO ??
Why isn't the DEMO not online, anymore ? (couldn't finish my testing-session !

) If there will be a DEMO again in future times, could you please inform us here in this thread ? - Many thanks in advance.

frankycl
1 hour ago
General Discussions
ORX First-Aid - Bug reports
If you have encountered an issue - please report it here. We will do our best to address all the bugs as soon as we can. We might ask you for a player log to troubleshoot the issue faster.
276

Have an awesome strategy? Know secret intel about ORX? Have the perfect deck for beating every act? Share your knowledge with the players and win a month of Discord Nitro — it’s time for the Best ORX Guide on Steam!

1. Write a Guide on Steam in one of the 5 categories:
Entries close on September 27th — be sure to submit your guide until then!

2. Join our lovely Discord[discord.gg] and share your guide in #🆘┤help channel with #BestORXGuide in the message and add 💚 reaction for voting. Don’t forget to mention the category you’re applying for!

3. Vote for other guides you find interesting and helpful — both on Steam and Discord!

We’ll pick 5 winners — one for each category, — and announce them on September 28th!
Let the wisest and the most knowledgeable win!

Today we’ll explain the Fatigue system and once again talk about our future plans and community events.

Contents
Fatigue System
We’ve introduced the Fatigue System a couple days ago in the patch 0.9.2.1 — so what is it and why was it added? We found that players would create very small decks, built around looping the same cards over and over — without experiencing any consequences. While we’re not against the idea of playing ORX with a small deck — we don’t want it to become a go-to strategy. Hence why we came up with the idea of Fatigue — a system that would disincentivize using small decks over bigger ones.

So how exactly does it work? Every time you play all the cards from your deck, you increase the fatigue. Each stack of fatigue subtracts 1 second from the wave timer — up to a maximum of -5 seconds, — meaning when you reach 5 stacks of fatigue each subsequent one will subtract 5 seconds from the timer.

We’re constantly monitoring player feedback and already made some changes to the fatigue system — so let us know what you think of this system and how it plays!

Future Plans
Recently we’ve introduced our first feature update into the game — The Righteous Crusade. It consists of various balance changes, new mechanics and, of course, new cards. The changes are focused around Rune Guardians, making the faction more flexible in terms of playstyle and enhancing the late game options for it. 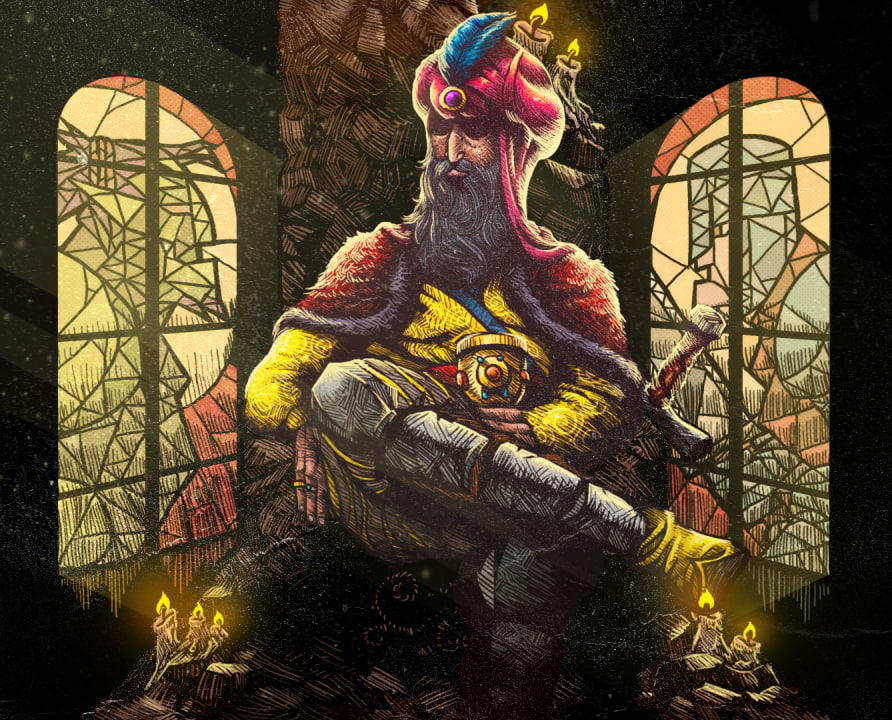 If you were wondering if we got something in mind for Dune Reavers — we absolutely do! The marauders of the sands are next on the list and will receive a similar-sized update, aimed at making them even more fun and engaging to play. Expect changes to the warriors, Barracks and new faction cards! We’ll also take a look at command issuing interface for warriors and make it more comfortable to use — all according to your feedback.

The update also introduced Low graphics settings and a new system for texturing. As we stated in the update — these are only the first steps from our long list of performance optimization improvements. We have also recruited the help of the Unity team, so we’re confident that we can make ORX run smoothly, even with huge ORX hordes and giant castles.

Apart from these changes, we’re continuing our work on:
If you encountered an issue or have a suggestion — share them on the platform most comfortable for you. We’ll be sure to read and answer your feedback on all of them!

[forms.gle]
Build-a-Castle Contest
Our castle-building, power-flexing, architecture-appreciating contest is moving to phase two! The entries are now closed, and we’ve selected the most popular submissions which will enter the next round. We invite everyone to vote for their favorite submissions[discord.com] on our Discord and help us pick the three most impressive builds, voting ends on September 16th! The winners will be announced during our Friday Community Stream and published in the announcements channel on our Discord, and here on Steam.

We’re continuing our silly-goofy streams with ScaryRussianWizard! If you liked watching her here on Steam — be sure to join us this Friday, at 2pm GMT and watch fellow ORX enjoyers put her to the ultimate test — community challenges! That’s right, this time we’re asking our community to come up with challenges which we’ll have to beat on the Community Stream — become a part of our Discord family and share your own suggestions[discord.gg] on our server!

That's it for Today! Stay tuned for more news, patches and updates coming up! In the meantime keep sharing your feedback and ideas — we’re always looking forward to those! You can do it here, in Steam Discussions or join our lovely Discord community. 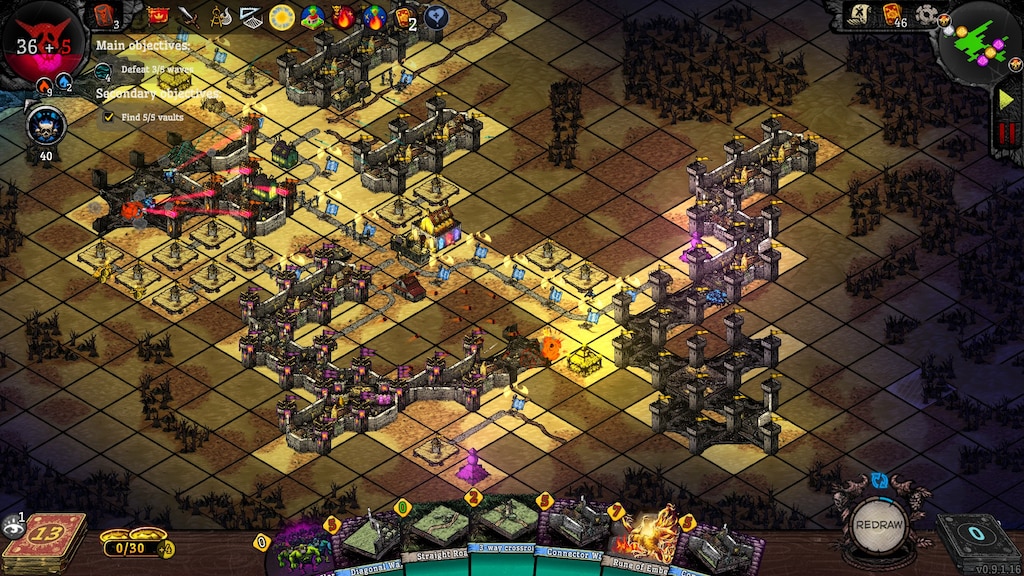 Elemental damage matrix
Such a basic resource should be easily available in-game but it is not. Instead, players have to exit the current map and return to menu to view the encyclopedia. This guide is a quick way of fixing that until the devs get their act together. 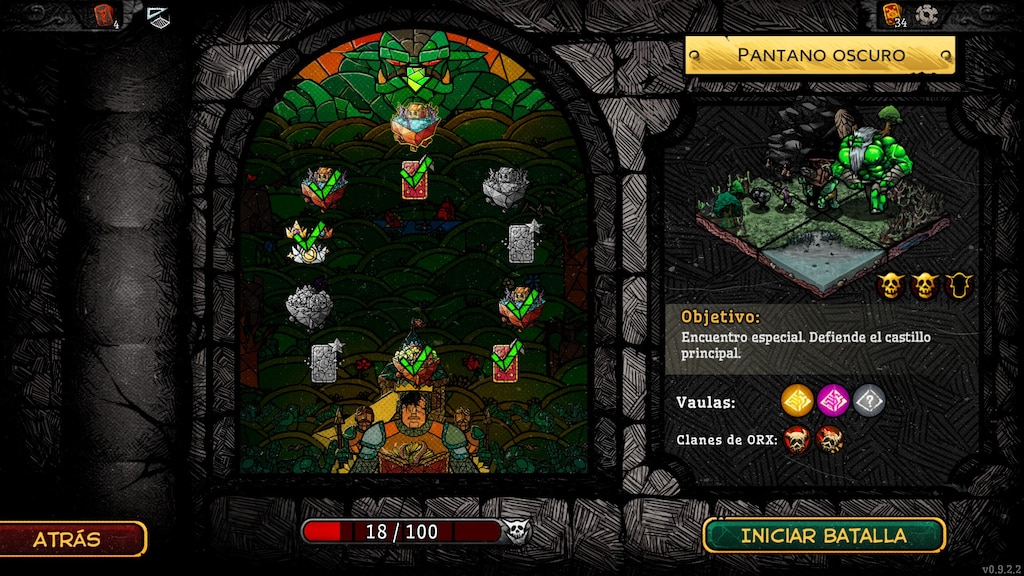 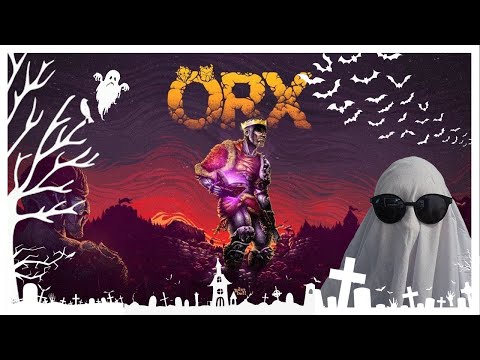 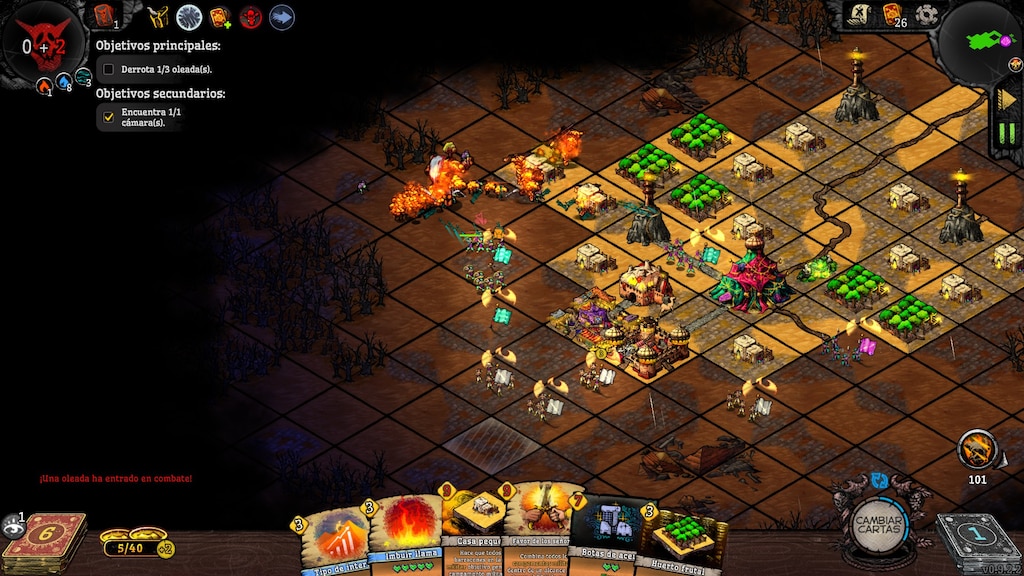 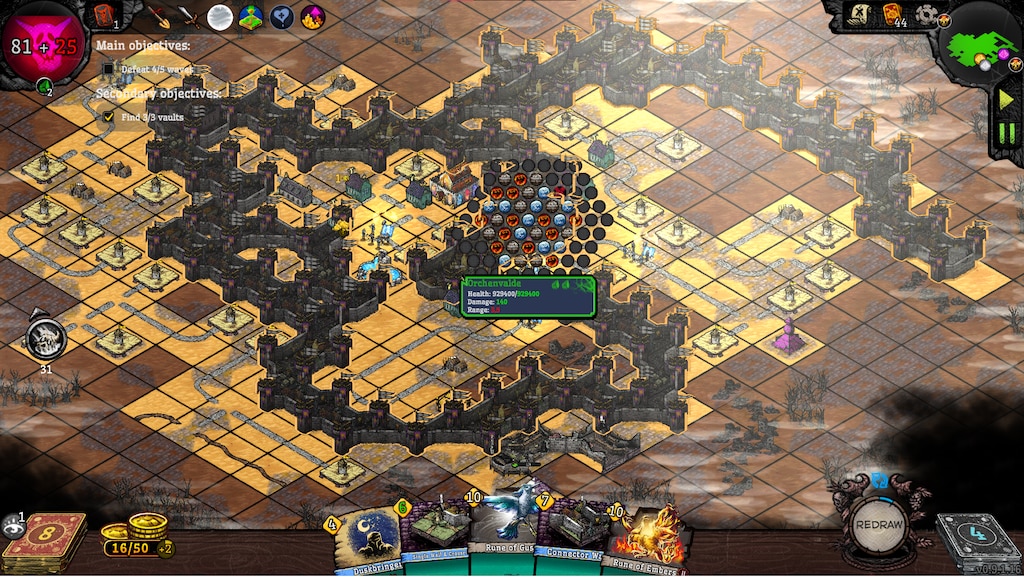 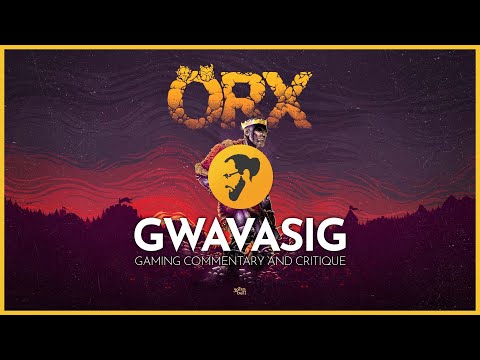 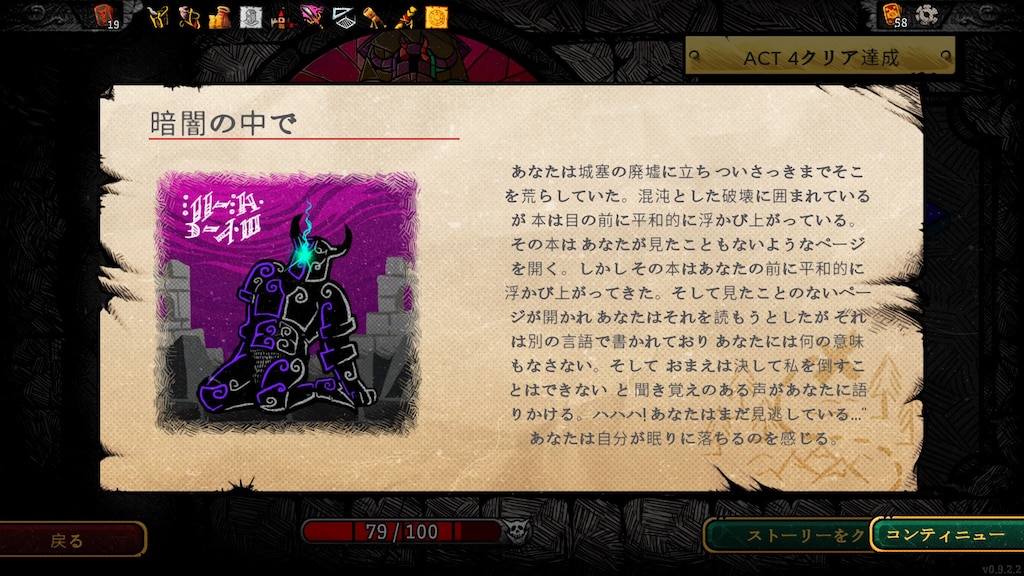 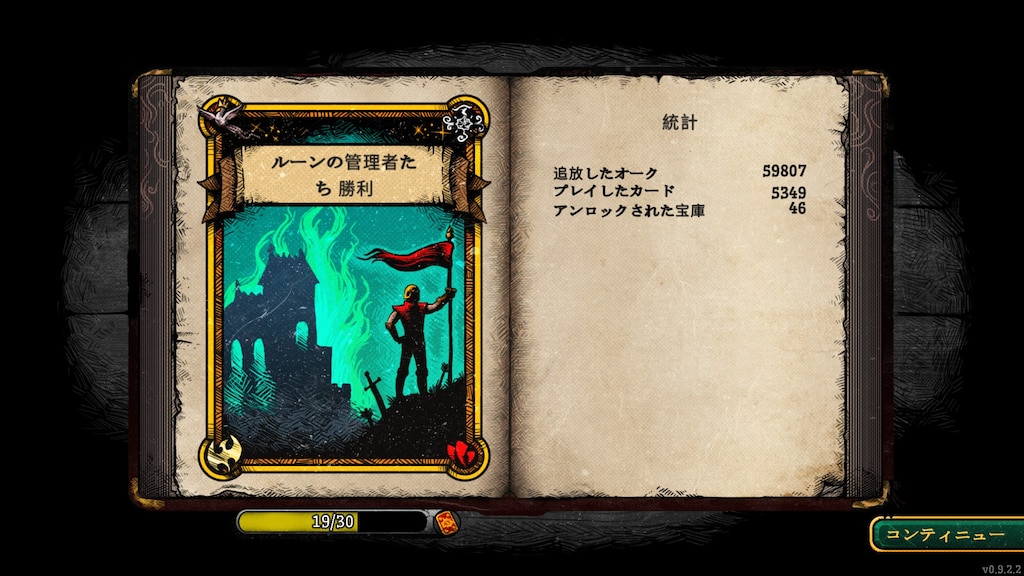 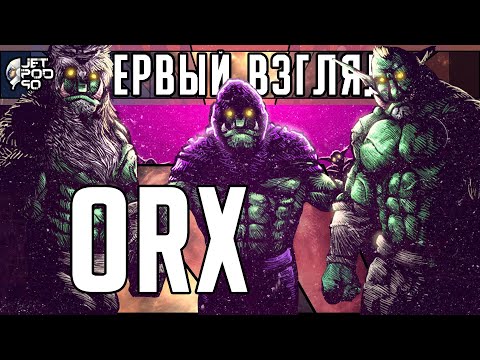 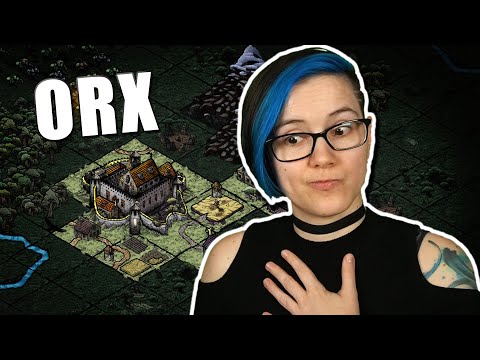 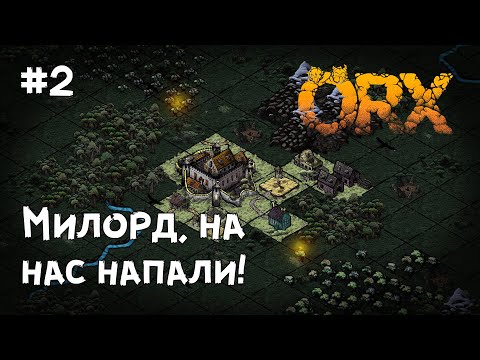 Not Recommended
27.9 hrs on record
Early Access Review
I really want to recommend the game. When it works it's great - it's fun to expand your base and build castles that would make the grandest of fantasy writers envious.

But the crashes. At low levels it's fairly rare but once you get into late game it becomes literally unplayable. The game cannot handle the number of Orx being spawned on late campaign/waves. Since it doesn't save your progress throughout a level you have to start from scratch each time. It's really frustrating when you are on the fourth act, wave 6/7, knowing that when the final wave spawns your game will freeze.

If the devs can fix this issue this game would be great. Until then, avoid this game.

Not Recommended
5.5 hrs on record
Early Access Review
I can't paly this game. The following messages are displayed in my Player.log file

Recommended
4.1 hrs on record
Early Access Review
TRIGGER WARNING: There are Orcs in this game

Grumpypantz
89 products in account
0
Feature Suggestions
After completing a level, I wish there was a button that would allow me to go back to the map to view and take screenshots of my castle. Sometimes I can't remember the table of elemental interactions and would like a place to revisit it when I'm asked to choose a card or during a game. The secret hints need to be more visible, otherwise I always forget and miss out on the later rewards....
14

Unhook me!
Sep 25 @ 9:02pm
General Discussions
Don't you think the second part is too difficult?
Really don't know how to go through it.
17

fuochai
Sep 17 @ 3:07pm
General Discussions
ORX Hotline - Help thread
Hello kings and queens! If you are struggling to figure out how to play or want us to give you an advice on the playstyle - we're here to help. Experienced ORX are very welcome to join as well 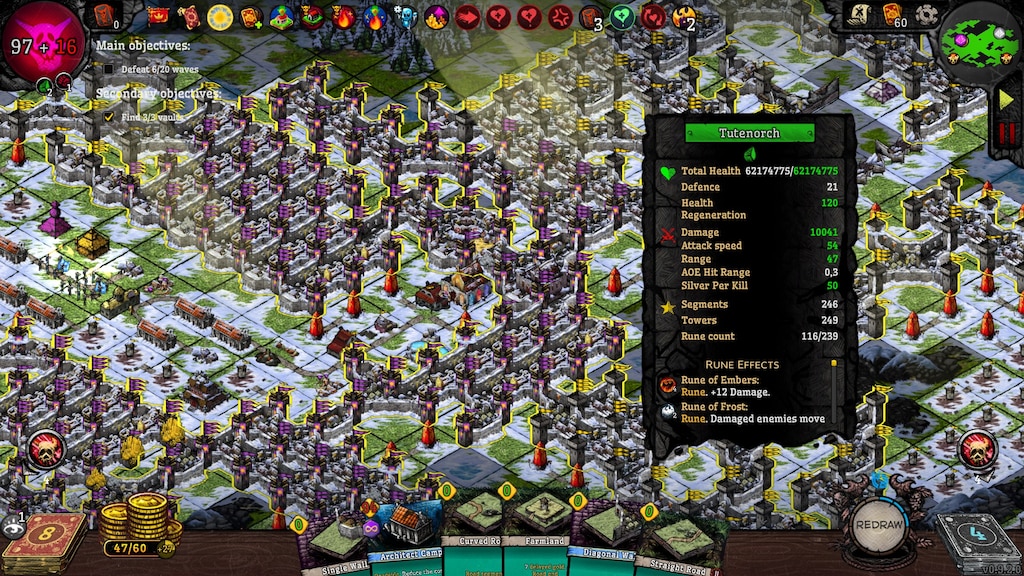