Major changes
Things that must be done before
Fixed
Other news 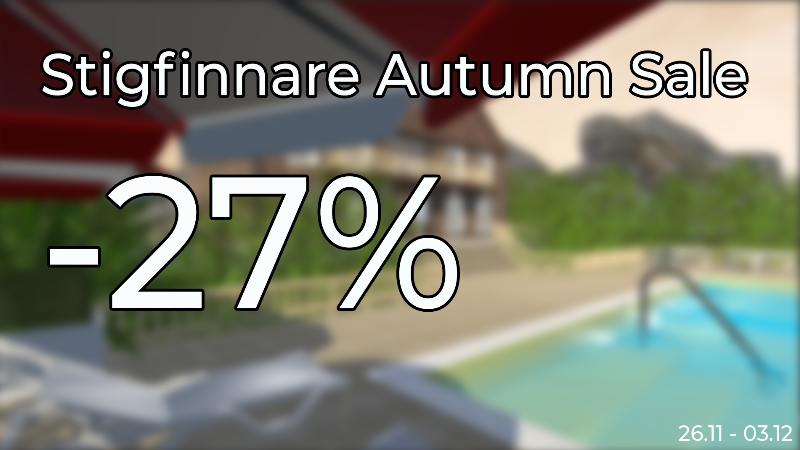 Stigfinnare
0
2
15.11.2019 HEALTH UPDATE [aru]
Nov 15, 2019
Health update is all about fixing several issues and investing in better technology to make sure we keep growing strong in the upcoming years.

Fixed critical bugs and glitches
Fixed bug
Minor bug fixes
Other changes
Balance
We also made some changes to the GL5 damage on Destruction map. We heard that players can not kill enemies after hitting. Previously, the damage from hit was 20 HP in any part of the body except the head; 25 HP to the head; We conclude that damage must be increased.

Most important
Fix that Fixed
Breaking news
Thank you for being with us all the time in Early Access. We updated Stigfinnare like we were expecting. We going to gift all rewards for purchases during early access in the next updates. See you in release version! :)

First things first
Harder, Better
Fixed
Minor changes
Thats not all
UTID team did not have time to finish everything before the deadline. We will release another update in mid-October. Here is a list of what we will add:

Thanks for helping us with donates[patreon.com].
If you see a bug, why don't you tell about it on the discord server [discord.gg]?
Do not forget about player statistics site [stats.utidteam.com]
We have subreddit and wiki (RUS)[stigfinnare.fandom.com].

ROAD TO AAA
New and old
Where are inventory and anti-cheat?
If you see a glitch, why do not you tell us [discord.gg]? Stigfinnare now has a wiki [stigfinnare.fandom.com](Russian language).