Humans are long gone. Will your lumberpunk beavers do any better? A city-building game featuring ingenious animals, vertical architecture, river control, and deadly droughts. Contains high amounts of wood.
$24.99
Visit the Store Page
Early Access Game
Get instant access and start playing; get involved with this game as it develops. Learn more.
Most popular community and official content for the past week.  (?)
Patch notes 2021-12-03 (Experimental) + GeForce Now support
Dec 3
Hello everyone,

the Experimental Branch is meant to test things and gather your feedback – and this shows! We hear your words of praise for the new content but also the valid concerns you raise.

We had already patched in some fixes, balance adjustments, and tweaks to water behaviour. Today, we’re addressing feedback regarding the new buildings and the faction diversity.

GeForce Now support
Not really a patch note but Timberborn on Steam is now available to play via GeForce Now[www.nvidia.com]. We know many of you asked for that. Enjoy!

Metal production changes
You have noted that traditional mining does not necessarily fit the lumberpunk theme and the faction differences. Also, it made Shredders obsolete once the ruins were depleted.
Water gameplay and Water Wheels
Ah, water wheels. A welcome sight when they spin, a herald of doom when they don’t. How about getting more variants to further differentiate the factions?
Aquatic Farmhouse and aquatic crops
Let’s hope using them will be less confusing!
Observatory changes
We get it, we have underestimated the scientific value of gazing into the stars.
Leisure buildings
Just some small number changes to leisure buildings.
Fixes

Timberborn
488
34
Windmill Folktail experimenal brach
Are the windmills not turning around anymore, were the wind comes from? I usally work with windmills and they are always turning around, were the wind is comming from, but since a few days, i think after the last couple of update's, they are standing still, in their position i have build them. I liked it, that they turned around with the wind. Dev's, can you turn it back?...
1

Compatibility:
In other news: our game designer Jon will be taking Timberborn's Experimental Branch for a spin LIVE today at 3 PM CET. You can watch the live stream here on Steam as well as on our Twitch channel[www.twitch.tv]. 🔴

Timberborn
248
15
Waiting for a tree to grow is boring... am I doing something wrong?
There is a gameplay loop in every difficulty where the play just waits for trees to grow to harvest logs. No logs, no planks, no new buildings. This is especially long during the initial phase of the game. Is there any strategy here?
6 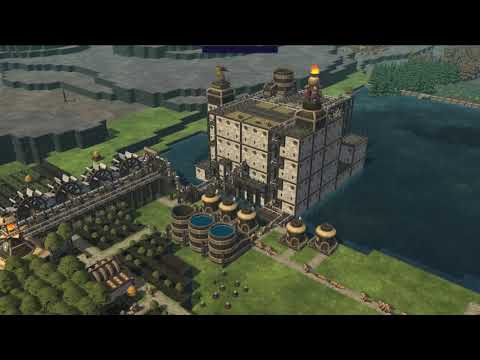 kuzunohaFOX
View videos
Starting locations
Am I missing something or is there no way to choose where your starting hut goes?
7

The Idiots Guide To Timberborn
A collection of useful tips, occasional madness and sleep deprived ramblings that will probably make sense, all gained by playing, failing and reading. Until 7am in the fluffing morning.
75 ratings

How to District
How to create and manage Districts, and the material flows / logistics between them.
30 ratings 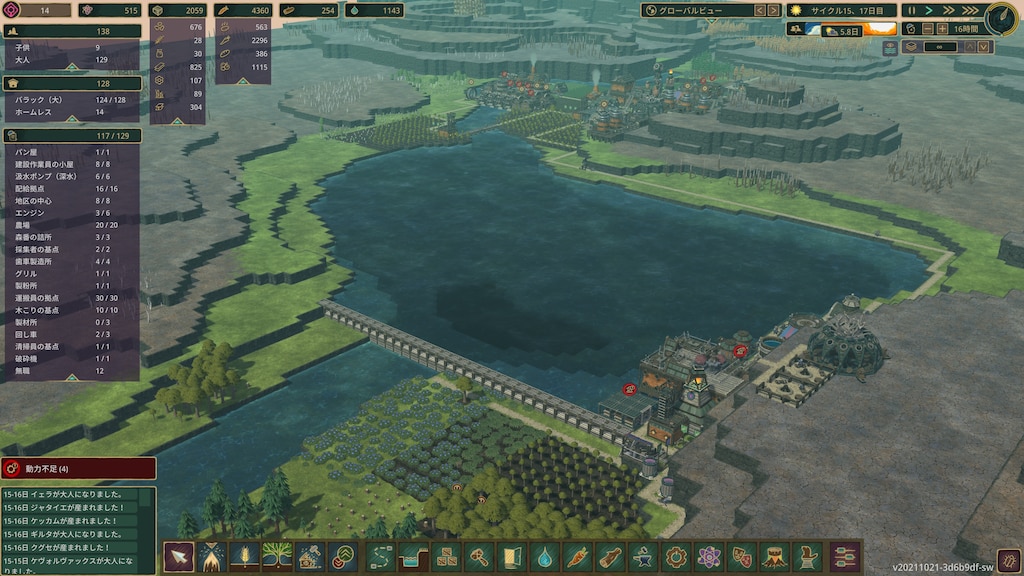 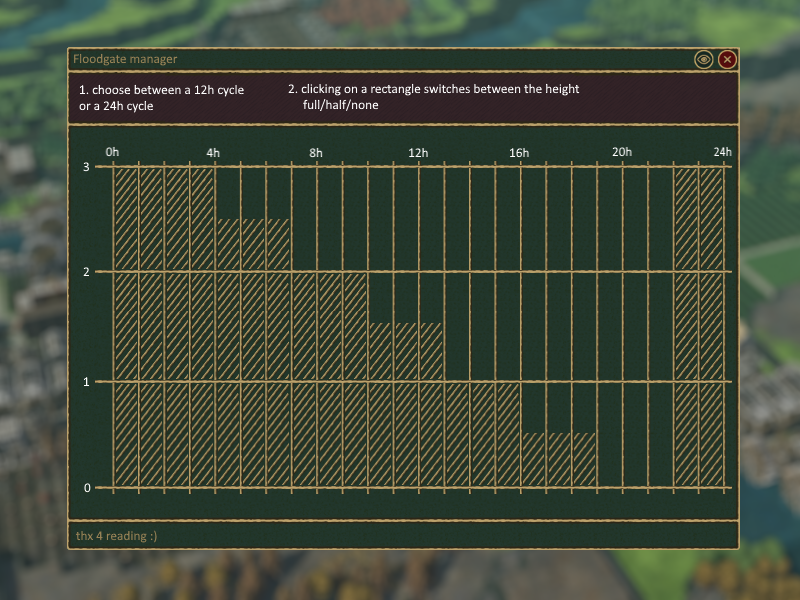 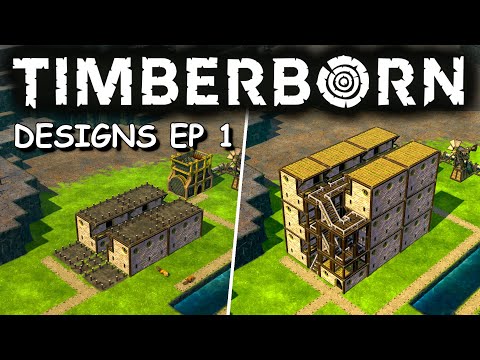 Recommended
32.3 hrs on record
Early Access Review
This is basically what "Sim Beaver" would have been, if EA hadn't bought Maxis back in 1997, and Maxis had been so bold. 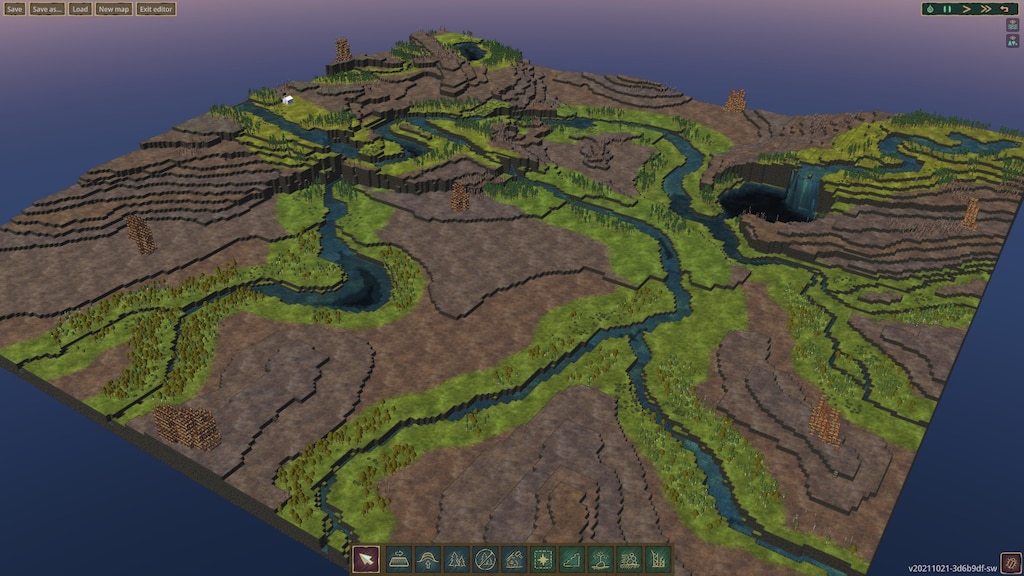 Recommended
51.0 hrs on record
Early Access Review
Sharpen those teeth and immerse yourself in the ultimate beaver civilization! This game is really enjoyable. I'm a huge fan of city building games and this definitely scratched that itch. The mechanics are well designed, seems to be very balanced. It took a little trial and error, lots of beavers starving to death, a few splinters, but once you get the hang of it, it's a lot of fun. I enjoyed the latest update and can't wait to see where this game goes in the future. 10/10 wood play again. 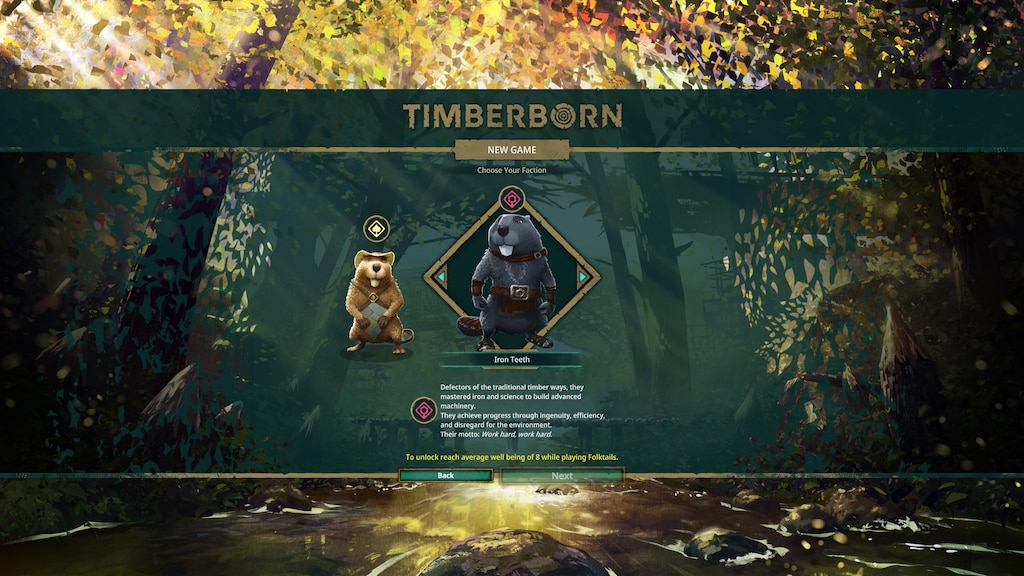 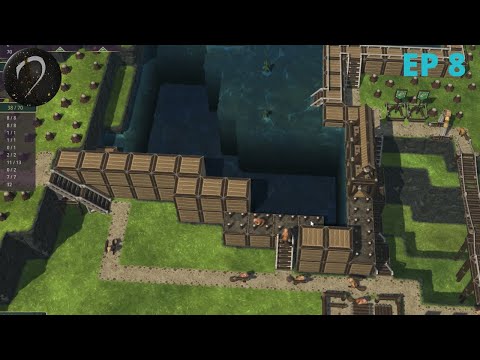 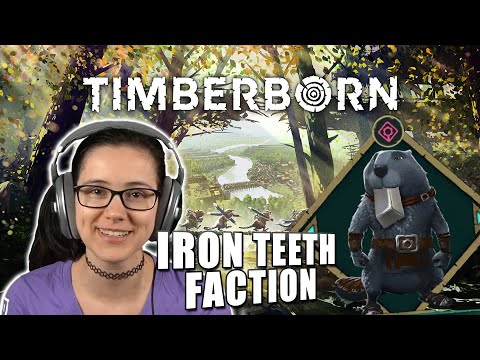 0
0
The Iron Teeth Faction in Timberborn 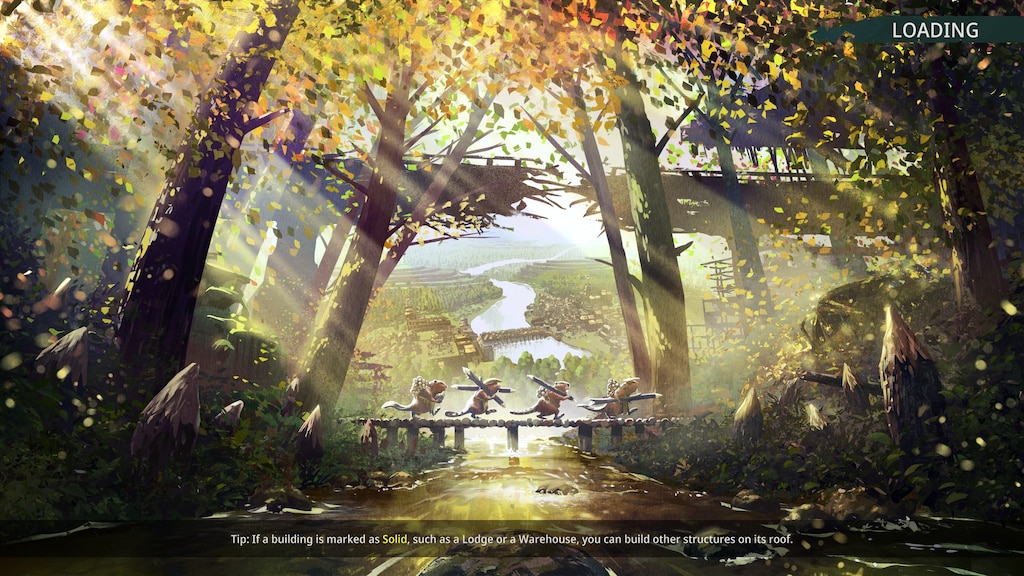 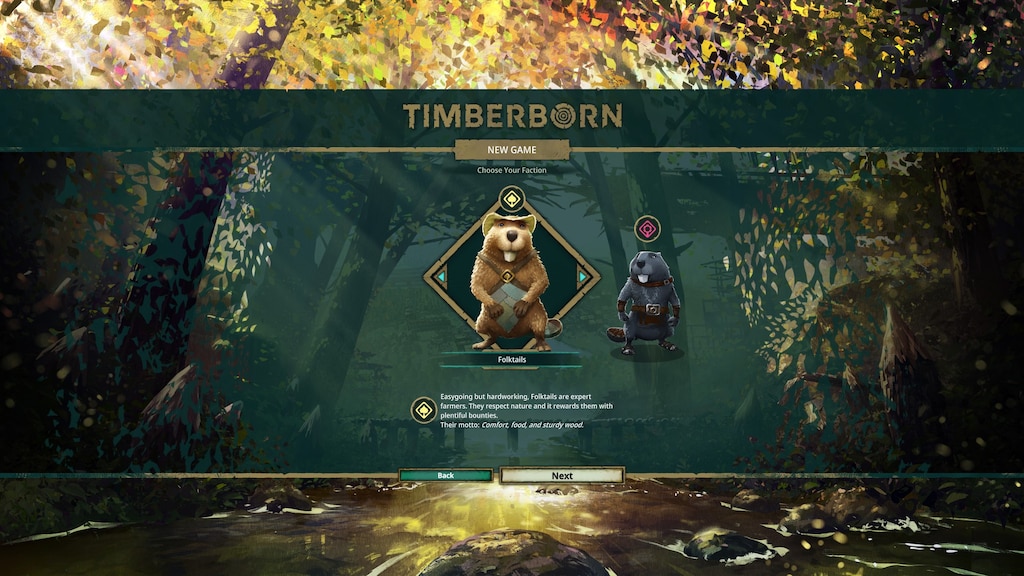 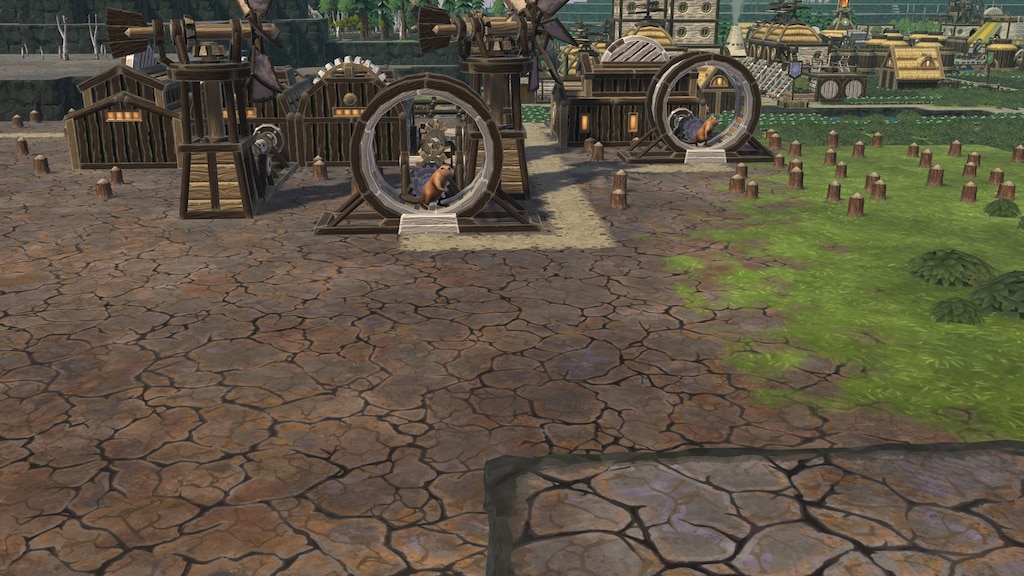 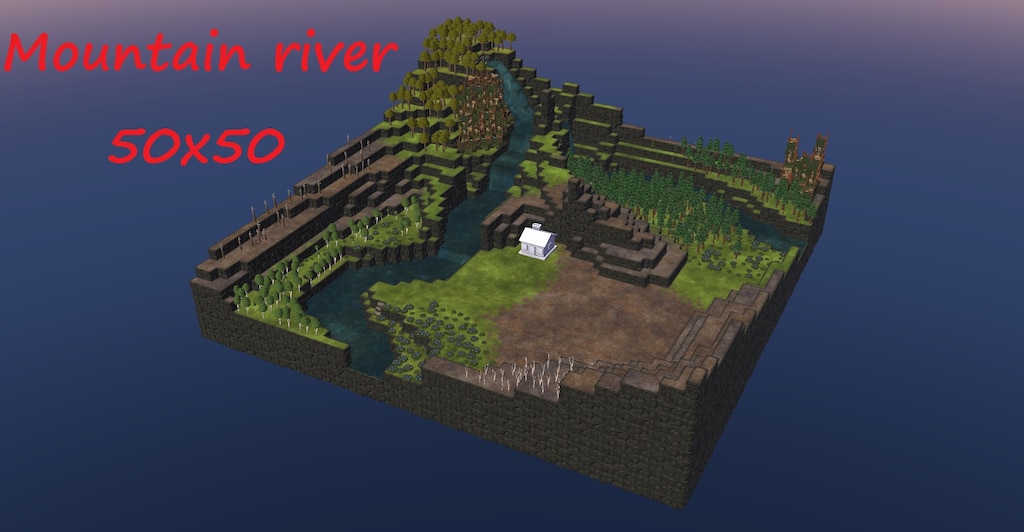 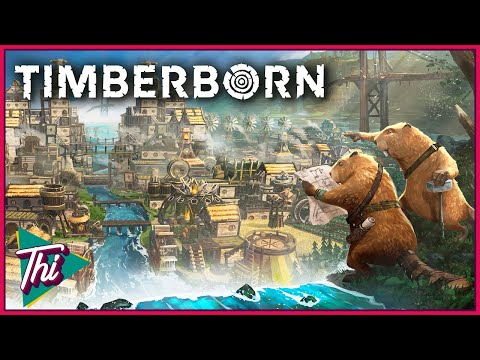 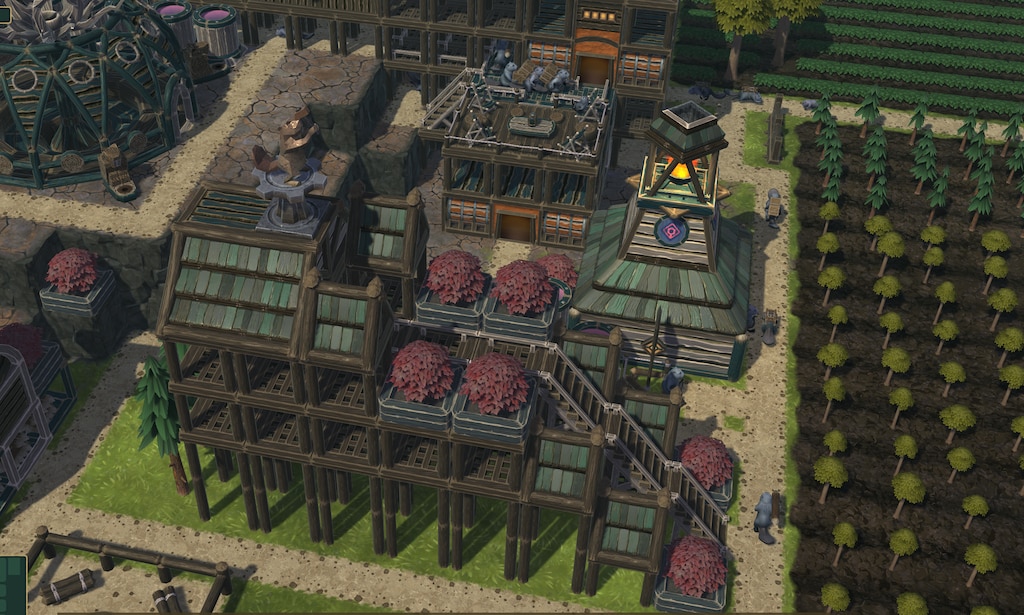 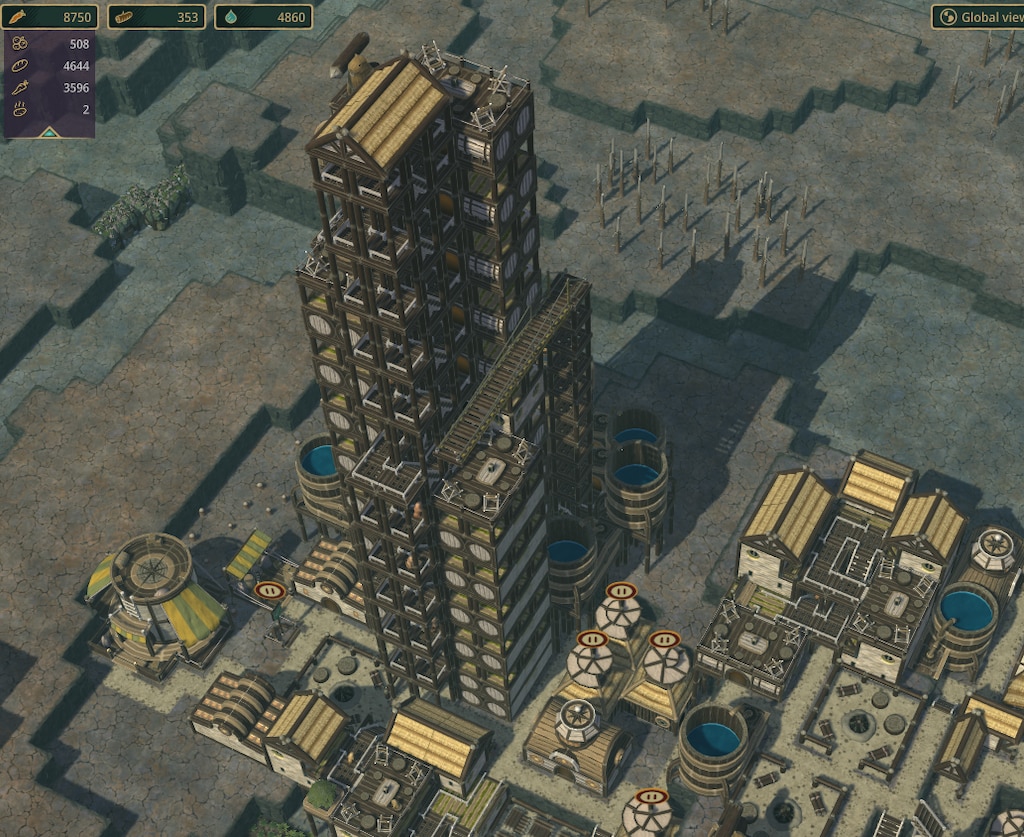 WinniWWWW
View all guides
Changing tree crops?
Is there a way to designated trees to be changed to a different type after they are harvested? As in, you have a group of birch trees but want to transition to maple as they are cut down. All I've found is either catch the tile when the tree is cut down and logs removed, and change it to maple, or catch it slightly later, destroy the seedling and then plant maple. Seems awfully cumbersome and fussy....
6