Hire a crew and destroy your rivals in this new strategy battler set in the world of Dota. Introducing Season One: Explore White Spire and earn rewards on the Battle Pass. Pick from several different game modes, play on your own or with friends, and take advantage of crossplay on PC and mobile.
Visit the Store Page
Most popular community and official content for the past week.  (?)
The Price Of Balance Is Eternal Vigilants
Apr 3
GENERAL

Dota Underlords
26
256
3x Tier 5 items?
i just played a game where my opponent had THREE Horn of the Alpha... is that even possible?
7

MaaWaa
2 hours ago
General Discussions
3 starts
how to upgrade a hero up to 3 starts??
3

Tips, Tricks and Strategies - The Complete Beginner's Guide
New to Underlords? Having trouble keeping up with the current meta? Wondering why you're losing even when you have more 3-stars than that other guy? Well you're in luck pal, because this here is everything you need to know about Dota Underlords. I'll be wa...
22
227 ratings 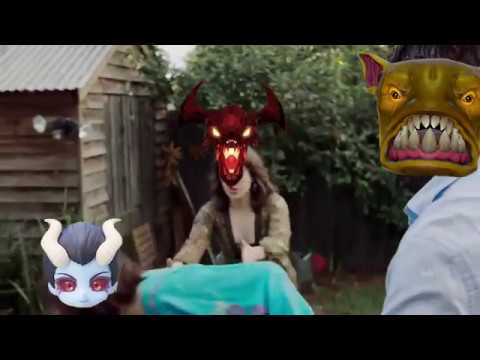 neeegaaaa
View videos
The Update In Which Bloodseeker.
Mar 19
GENERAL


ITEM CHANGES
Aegis of the Immortal:

Not Recommended
226.7 hrs on record
It is with a heavy heart that I write this review, because at 217 hours of game-play at the time of writing, I have invested a lot of my time into this game. I've played since the first publicly available build, so feel I have enough experience to critique this and its development as time has gone on. And for anyone wondering I capped out at Lieutenant IV, hardly a rank to sniff at.

I enjoy this game, I really do, when the game goes right it hits that sweet spot so well and you come away with a shiny new rank knowing you were the best of the best in that game.

Except were you the best?

For a genre called auto-chess it's awfully strange that this game relies so heavily on RNG. And when I say relies heavily I mean revolves entirely around RNG. Chess is a game of pure strategy, there's no luck involved, how you move your pieces relies entirely on your knowledge and ability as a player. That's why thousands of years after the game was invented, it is still played today, it's why there are Grandmasters, and tournaments and why it has endured for so long as the favourite game of generals.

Underlords has 'elements' of strategy, with your line-up you can strategise what's best going to help you, what item is best for who, how your formation might fare up against another opponents. But what you can't do is control when or if a hero is going to be available to you at all, when or if a certain item is going to make its way over to you, and whether that all important lynchpin of your design is ever going to get upgraded.

So in one game you might get to upgrade your pieces time and time again leading you to a stunning steamroll and a first place snag. In the next game you find nary a piece and trundle along with rank 1's and 2's until you're booted out in last place wondering how the fates could be so cruel and how on Earth it was fair that NOTHING was coming up for you.

My latest example was a game of knockout. My first opponent had lucked out by upgrading his NP and Magnus on the first turn, meaning on the FIRST round I was up against a Rank 3 Magnus with 400 cleave damage that wiped out my entire force in a couple of hits. For me? No upgrades whatsoever. It was pure luck that he ended up with such a powerful early game, and pure bad luck that I had nothing. So what happened? I crapped out in last place. This past week I endured a 12 loss streak, scoring no higher than 5th place and averaging 6th place, dropping FOUR ranks all the way back to square one and undoing the painstaking progress I had made earlier on. This happened through a combination of terrible starting alliances available to me, zero meaningful upgrades, and dumb luck from my opponents. There was just absolutely nothing I could do.

And that's the issue with Underlords. You will shout at your screen all to often 'What was I supposed to do?' And the answer is there was nothing you could do, because the Mirana you were desperate to find to complete your Hunter and Vigilant alliance didn't come up even once after spending 50 gold searching. Your Earth Spirit wouldn't stop wandering off to die immediately meaning your Delta Slam could never pass. The Legion Commander you built all your alliances around supporting couldn't gain any duel damage because at round 7 she was still rank 1 and no upgrades had come your way. The enemy Terrorblade tearing away at your forces who was one hit away from death managed to wipe you out because your Lycan inexplicably stopped attacking him and ran to the other side of the board to swat at a Weaver.

The game will just as soon catapult you to the top as it will cut off your balls and throw you in the gutter. You are totally at the mercy of dice rolls, and until Valve figures out a way to give players a stronger grip and hands-on approach to the game and its outcomes, Underlords will steadily fizzle out of existence.

I really enjoyed this game and its potential, I'm probably going to keep playing it and pray to RNGesus that I'll be lucky enough to at least get to Boss rank, but it won't be my skill or ability that gets me there, it'll be my good fortune, and my opponents bad fortune.

Also fix the ♥♥♥♥ing lighting on the character portraits God damn, look at Hobgens wings why is the lighting and shadows so messed up? And why are you sometimes using HD models like Bristleback, and then these super low poly models like Abaddon and Razor? 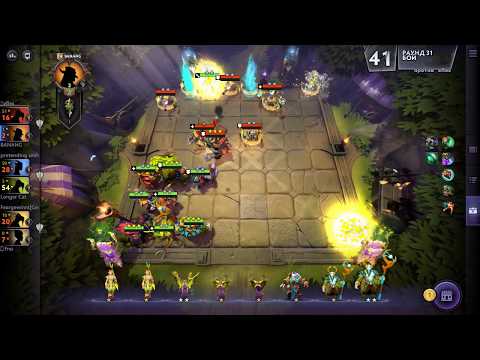 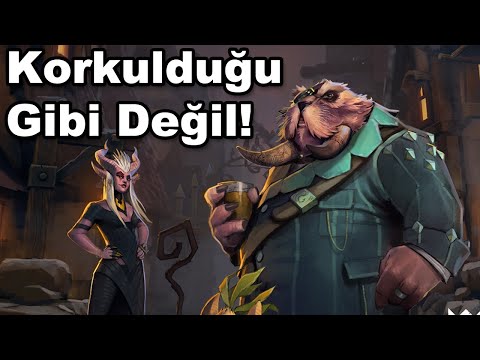 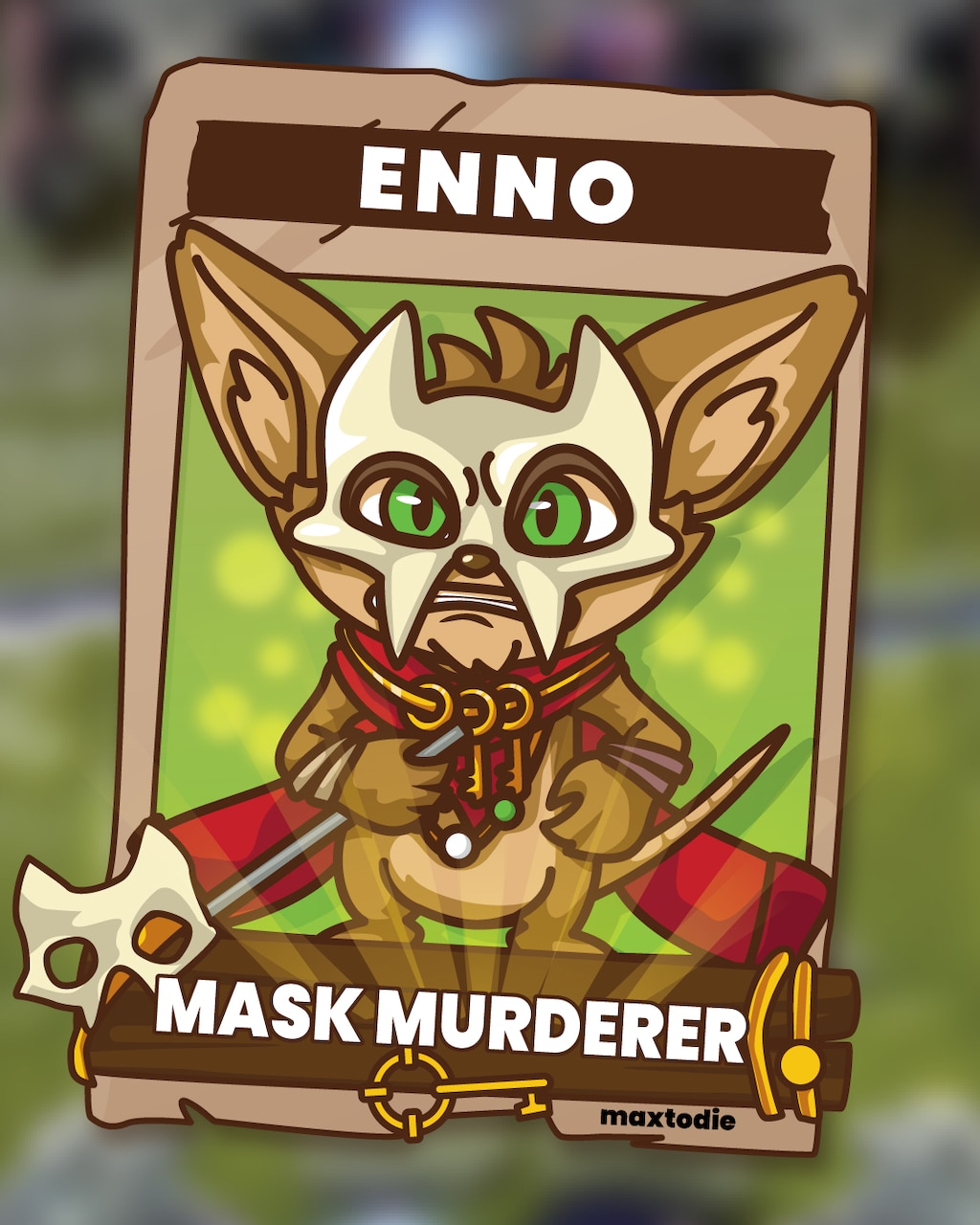 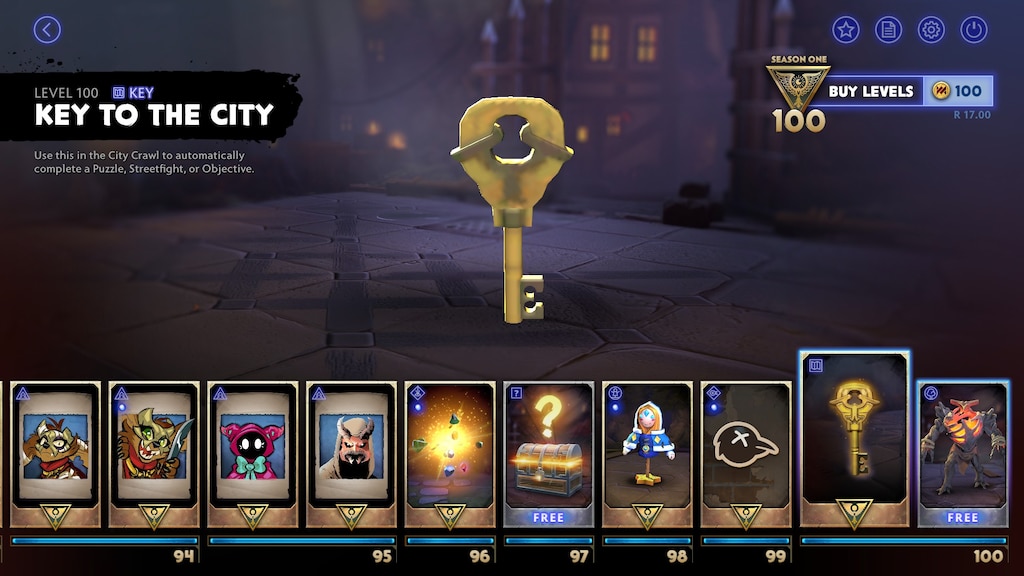 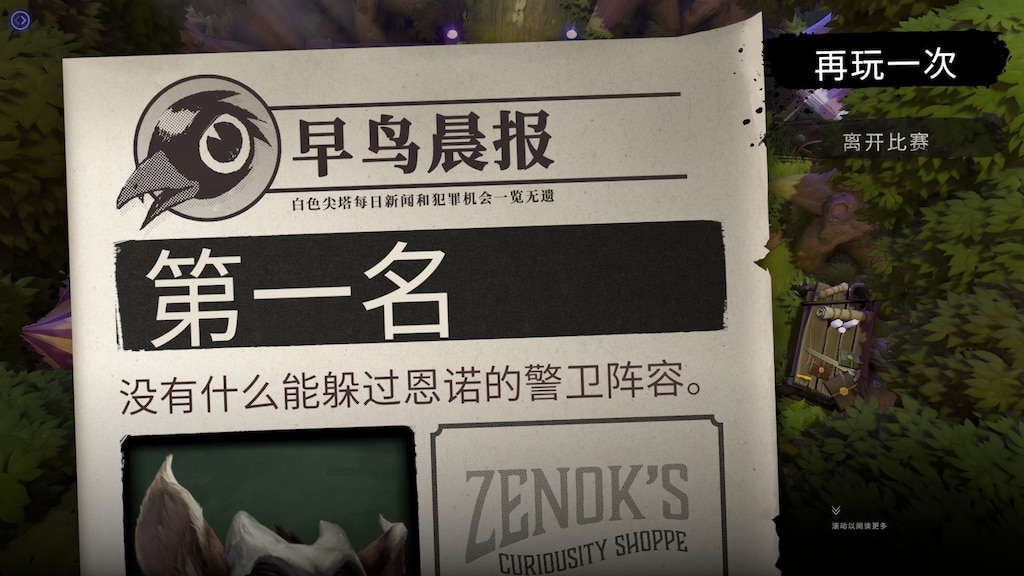 Recommended
112.5 hrs on record
Product received for free
Good but would be better if they took the 'Underlord' heroes out

Recommended
388.1 hrs on record
Amazing auto-battler game with a wonderful 'drafting' element based on an 8 player battle pod. Highly recommended! 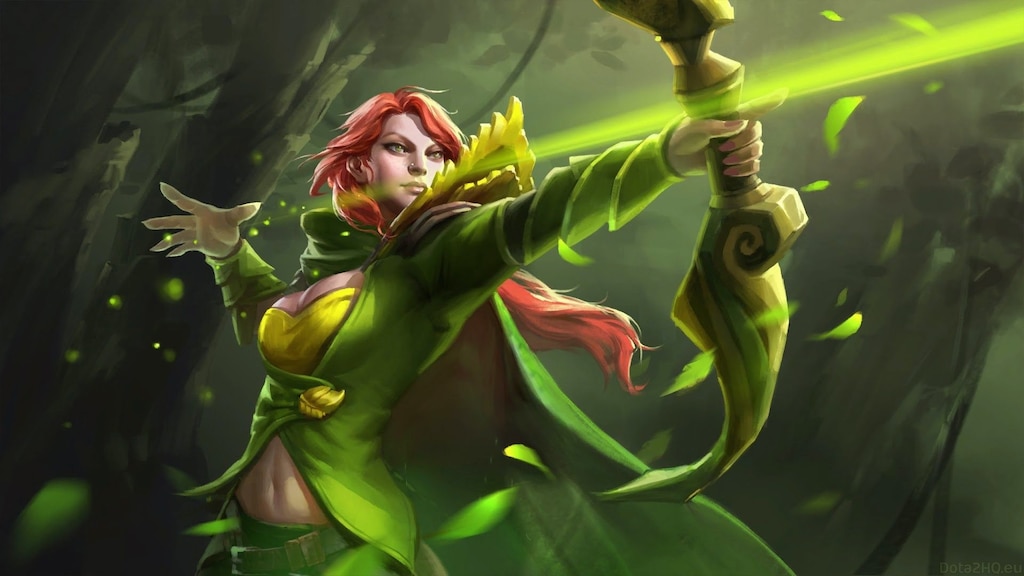 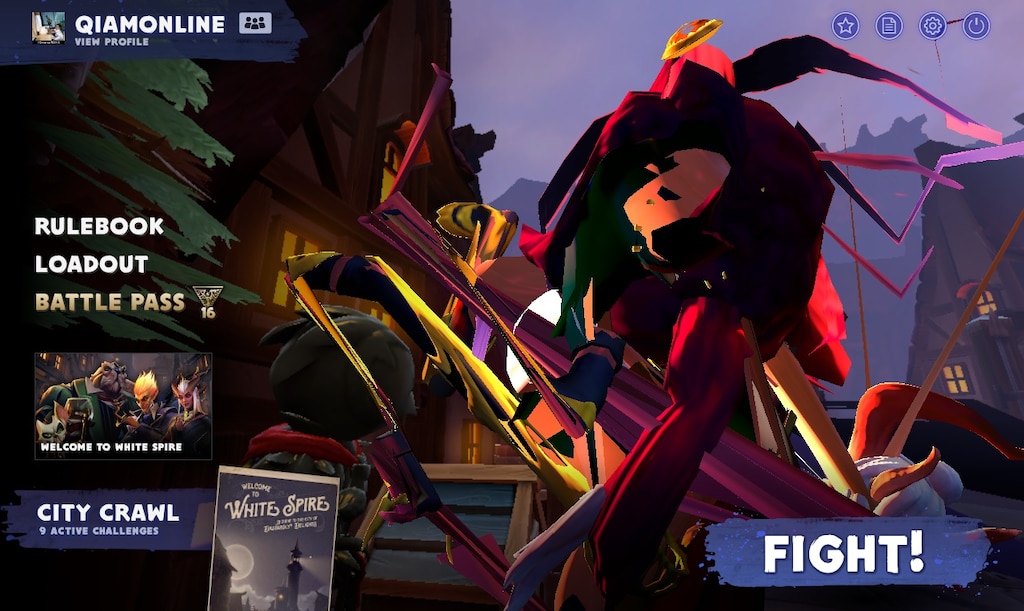 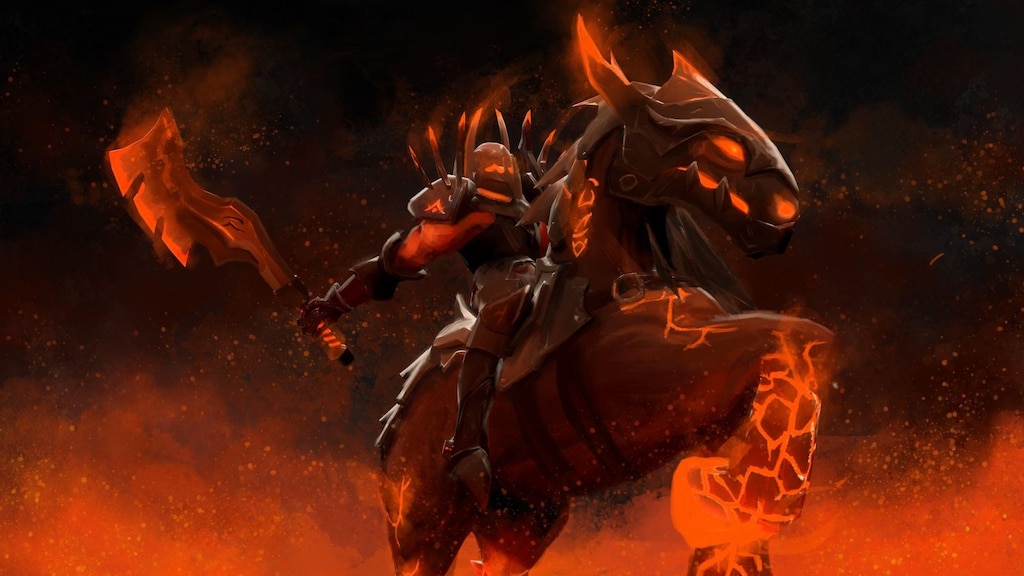 Lore/Speculation of Dota Underlords (All comments/corrections welcomed)
In this guide we will be analysing the new Dota lore introduced in Underlords. Furthermore we will be making a lot of speculation on each of the underlords, including the potential new underlords that have heavily hinted out. Comments and any corrections t...
7

Cauliflower
View all guides
Heir Apparent poster
It's too plain. This is one of the most difficult achievements in the game and the poster should look fancier.
2

Dota Underlords
46
233
Thanks game...done with ranked until major changes are implemented
You feel completely helpless once the game turns on you. I've saved myself from finishing 8th a few times but, not always. Nobody likes finishing 8th but 4th is a complete waste of time. 15 points ....not worth the bother. Feels even worse than finishing ...
13