A monster-catching RPG set in the afterlife. Catch and fuse 150 unique demons as you journey to conquer Hell itself.
Visit the Store Page
Most popular community and official content for the past week.  (?)
The Kickstarter just went live!
Sep 29
Kickstarter link
The Kickstarter for the game is now live here: https://www.kickstarter.com/projects/fordesoft/eternal-exodus-a-monster-taming-rpg-with-fusion-and-crafting/

In the Kickstarter, you can get the game at a discount, or go big and get some limited-edition physical items with your order, like a soundtrack CD and a world map.

Why Kickstarter when the game is so far along in development?
There's some more detail at the bottom of the Kickstarter page, but the basic reason is to fund some nice-to-have extras that weren't yet planned for the game.

If the Kickstarter is successful, I'll dedicate the money to these new features:

Support for at least two new languages beyond the existing English and Japanese. This is the main reason I wanted to do a Kickstarter in the first place, because translation is very expensive. Not only will this open the door for more people to play the game, it will also be useful for players who are studying new languages, because of the game's innovative "play in two languages at once" feature. Which languages are TBD, but since the game gets a lot of web traffic from China, I think Chinese will be one of them.

A trading card game. You'll be able to find cards scattered around the world, and build a deck with them to play a simple minigame against NPCs, a little bit like how Final Fantasy VIII and IX have trading card games built into them.

Hard mode. A new difficulty mode will be added, which will give the enemies new AI, making them smarter. It won't be unfair: enemy stats will remain the same, and they'll still be found to the same restrictions like managing their MP. But they'll be able to spot your weaknesses easier, be more likely to attack your low-health party members, etc.

There are some stretch goals, like post-game content and a town-building sim feature, if we get there.

Kickstarter launch trailer
There's a new trailer now, too. This one is similar to the one from a few weeks ago, but with some minor tweaks to correct some issues. Please feel free to share it with friends who might be interested in the game - getting the word out for the game has been tough, so your support will go a long way.

Eternal Exodus
3
2
Bugs + suggestions of the demo
Bug: I got a battle at the same time I was about to transition to a new screen. This resulted in a black screen during battle, however I could still attack so I did. When the battle ends I could see the screen again however I could not move. Suggestion: Ease up on the invisible walls. So many places I should be able to go, but can't and it's frustrating. Suggestion: Show us the enemy strength and weakness, as well as for our own demons. Suggestion: Allow us to see ALL the skills a demon will learn inste...
6

solaris32
Jul 7 @ 5:17pm
General Discussions
Wishlisted and can't wait
Saw your twitter post through Yongyea, did some googling and ended up here lol. Anyways, this looks promising and wishlisted this. Hope that you can get this finish and not leave us hanging. :) I want to catch the Yama King if s/he's in this game. :)
10

pinewoodpine
Sep 25 @ 12:59pm
General Discussions
Feedback from the demo
I was looking for a nice turn-based rpg that was like SMT on PC that I could play on Linux. This game did not disappoint! Few things I like about the game: - The music was great - The story is intruiging - The fusion system adds a lot of customisation to the game Things I didn't like: - The sound of the battle complete jingle is way louder than it should be - The demon level up screen has no accompanying music. Maybe some music should be there? - The game stopped working for me once I reached the ether pr...
3 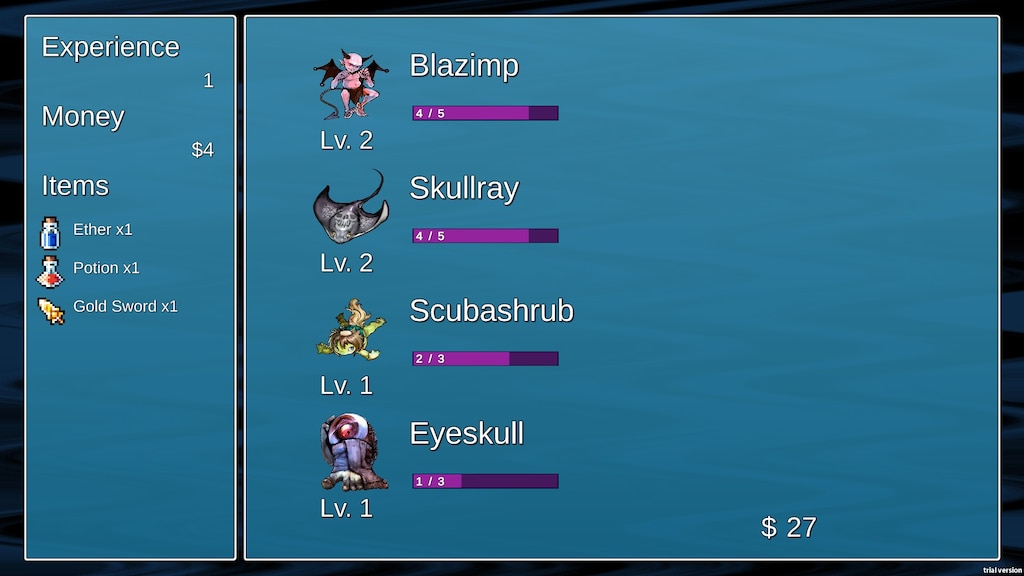 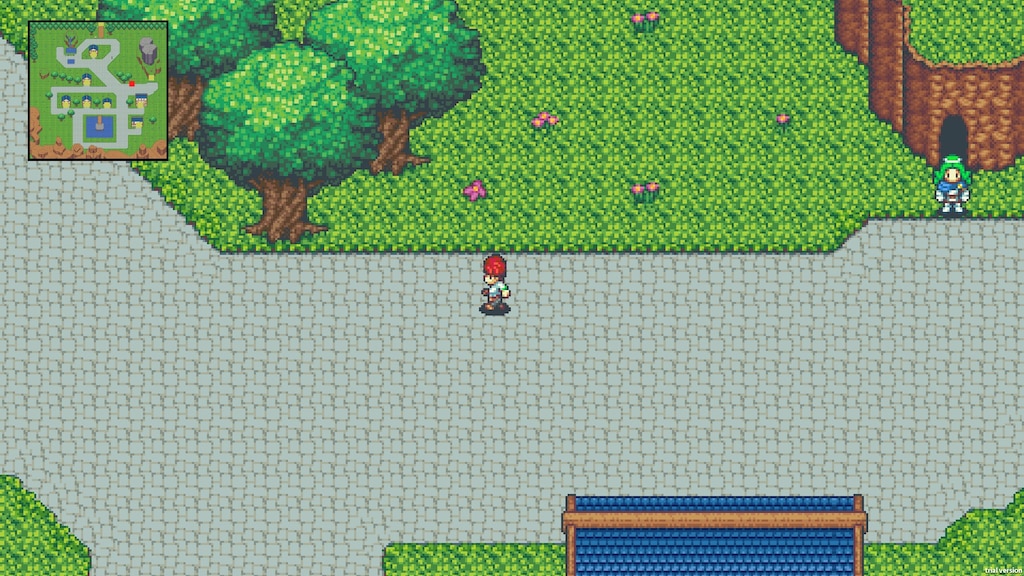 Tumeden
View screenshots
File path
Hi i downloaded the demo now, when it'S finished I would like to deleete what I can. Could you tell me the name of the last data or maybe the dara path? Sometimes a last path is hidden for me.
2

Texus
Jul 8 @ 6:56am
General Discussions
Looking Good!
Really happy to see how this game is developing and can't wait to play it or help with any further testing. A while back you asked if I was willing to do some testing but I was just too busy to follow up but now due to covid I'm unemployed until the Summer so let me know if I could be of any use....
5

The game finally has a new trailer you can see here and on the Steam page.

The last trailer was done way back in 2019, when the game was still in an "early tech demo" state, so this is a looong time coming.

There's also a Kickstarter launching this month. As many of you know, I've been funding the game 100% out of pocket for the bits that I can't develop myself (the art and the Japanese localization).

Why Kickstarter then? Mainly so I can afford to have the game translated into more languages. Being a text-heavy game, translation is veeeery expensive, so it's the one part I can't afford to do on my own. But I know that most followers of the game are already English speakers and don't benefit directly from the translations, so I'll be adding extra content and features (like post-game content, a trading card game, etc.) to the game if the Kickstarter succeeds or meets stretch goals.

As a perk, Kickstarter backers will get a key for the game at a discount: you'll get a key for your platform of choice at the $15 tier instead of paying the retail $20. There will be other backer rewards available, too at higher tiers, including a limited edition soundtrack CD.

Here's the link to that:
https://www.kickstarter.com/projects/fordesoft/eternal-exodus-a-monster-taming-rpg-with-fusion-and-crafting/

If you have friends who you think might be interested in the game, on Facebook/Twitter/reddit/wherever, please help spread the word. Every Steam wishlist, every Kickstarter follow, every newsletter signup - they all help a ton, and as a solo developer, your help and your feedback goes a long, long way in making this game a success.