We've just pushed a patch live that addresses a rare issue that corrupted save game files, rendering them useless as they would fail to load.
FIX

Thank you for your patience whilst we addressed this problem!

Crown Trick
108
3
Requiem of Elements DLC is now available!
May 13
Hello everyone,

Crown Trick's Requiem of Elements DLC is now live for you to enjoy! 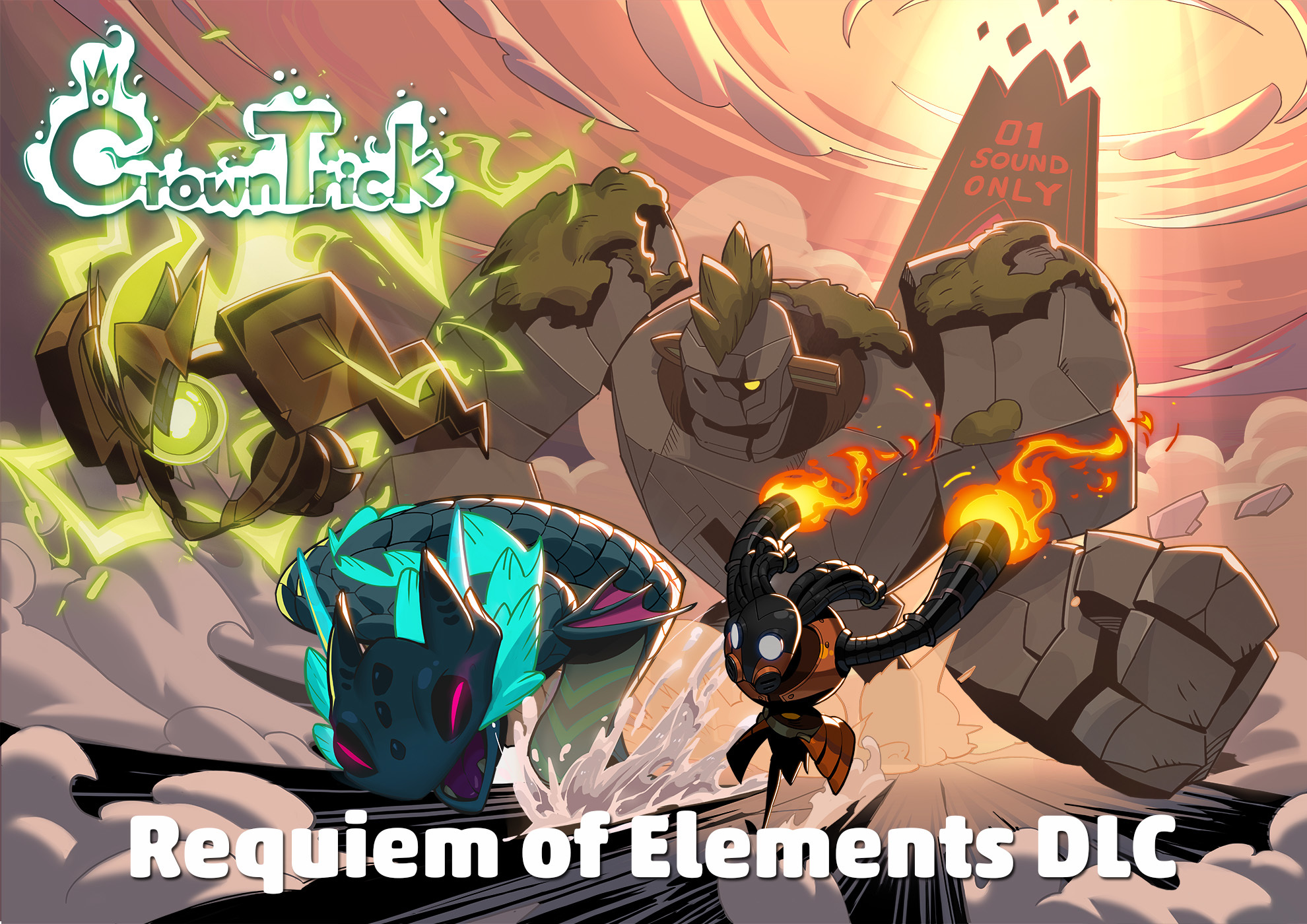 Requiem of Elements
Venture once again into the mystical labyrinth, to uncover more treasures. Requiem of Elements is a 100% free DLC that expands upon the original Crown Trick adventure. Featuring a plethora of new weapons, relics, familiars, skills, achievements, and even a whole new game-mode, Dungeons of the Deep!

New game-mode: Dungeons of the Deep
Dungeons of the Deep is an endless mode where you face the unwavering foes of the labyrinth, that tests players ability to stay alive, providing a never-ending onslaught of randomly generated traps and enemies to face. You can also collect the brand-new Coins of the Deep; with the Coins, you will purchase weapons as your never-ending run continues through the maze. How long will you last? *ominous music* 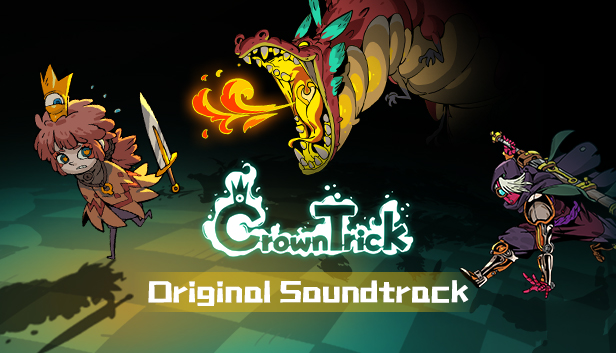 Download the OST!
The Crown Trick OST is now available to download via the Steam Store page, too - for free! Enjoy the wonderfully evocative sounds of the Crown Trick realm, wherever you are!

We hope you have fun with the new DLC, and don't forget - it's free! Please don't hesitate to share your feedback with us, here, on the Steam forums!

Our beautiful underground world has been nominated for an award
🥳😲

All the info you need is over on the IGN website: https://www.ign.com/articles/sxsw-gaming-awards-nominees-announced-ign-partners-with-the-show

IGN will be partnering with SXSW to bring you the show on Saturday, March 20th — 5pm Pacific, 8pm Eastern, 1am GMT (21st)

😊 Vote for us by February 23rd: https://www.sxsw.com/awards/gaming-awards/voting/

Recently we received many questions about the DLC and OST packages for Crown Trick. So, we decided to write a short FAQ that we would like to share with you in this announcement.

Q: How much is the DLC going to be?
A: It will be free for everyone.

Q: What new content will the DLC include?
A: It will include an endless mode that will have a new type of currency, and you can spend it on improving some of your skills, which can also help you go deeper into the dungeon. On top of that, the DLC will also have:

Q: What's the development status of the upcoming DLC?
A: We started to work on it since the game release, so the development is almost finished. Right now, it is under translation and QA check.

Q: Besides the DLC, is there any other content update in the plan?
A: Currently, a package of OST is also in preparation.

That's it for today. Thank you all for playing the game and for all the tremendous support! We will take a short holiday during the Lunar New Year and return very soon with more exciting news.

Happy Lunar New Year! We wish you all a lucky and prosperous Year of the Ox!🐂 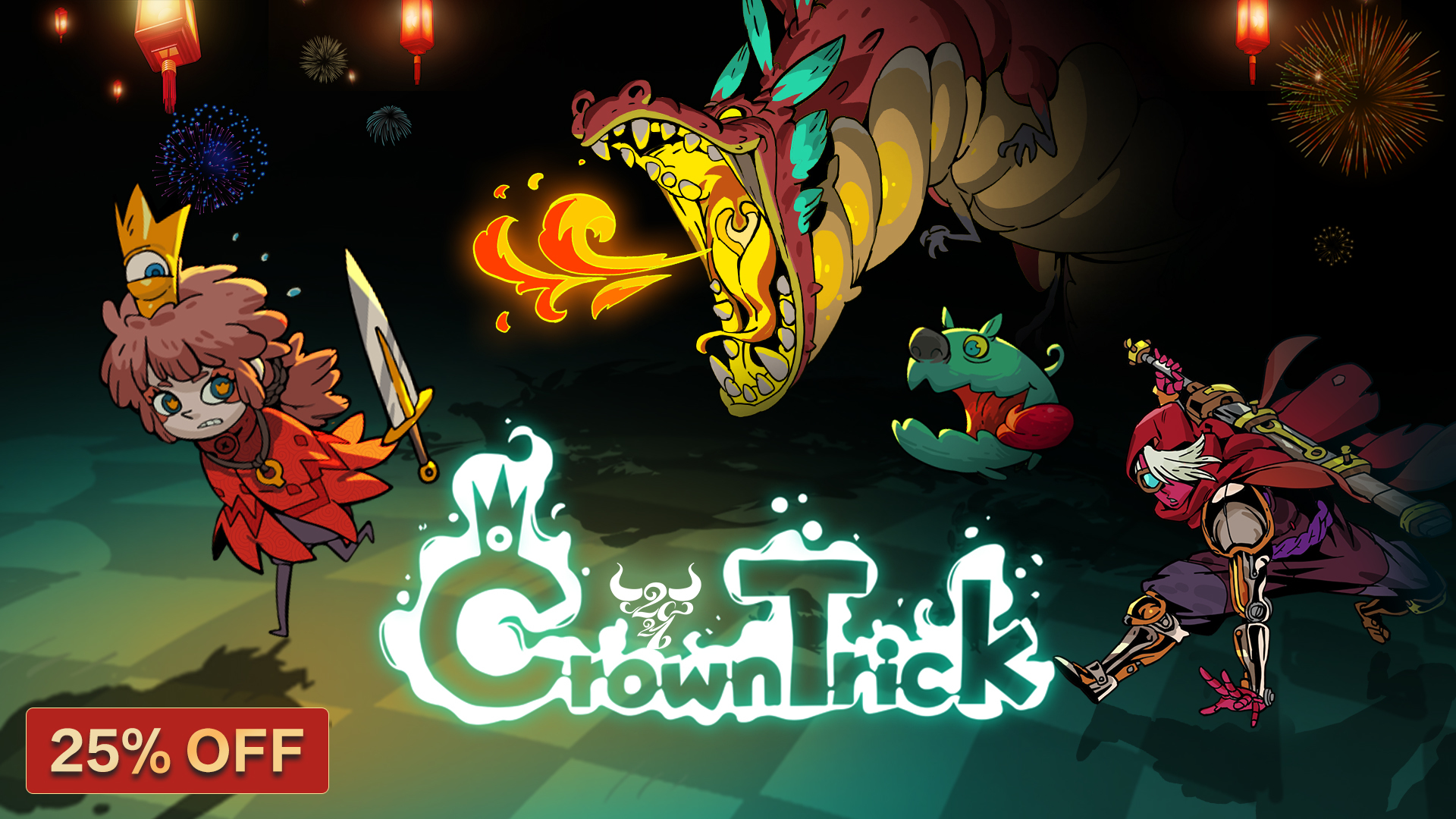 It has been 3 months since the release of our game and we want to say big thanks for all your amazing support!

To celebrate the upcoming Lunar New Year we will open a historically low discount on Steam with 25% Off from February 6th to February 15th! 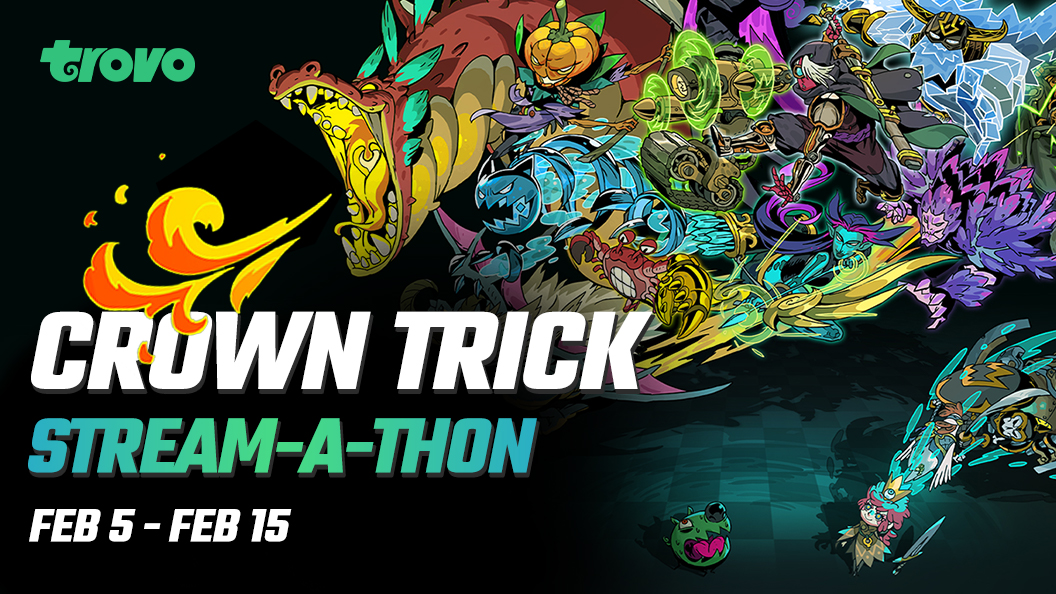 Also, we are collaborating with https://trovo.live/to have a stream-a-thon event on this cool streaming platform. If you are a streamer or content creator that likes to play Crown Trick, then go to this event link to find more details about the event: https://cdn.trovo.live/page/events.html?eventid=601b7b5e9216015bd4378be5

The new DLC is still under development, and it will meet you soon when we finish with polishing it.

New Weapons
Our team wishes you all the best in the upcoming Lunar New Year!🎉🎊🥳
https://store.steampowered.com/app/1000010/Crown_Trick/ 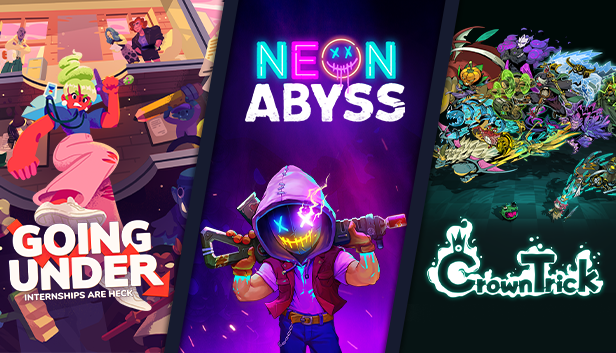 Are you a fan of roguelikes but haven't picked up Crown Trick yet?
Save 10% with the Roguelike Bundle!
https://store.steampowered.com/bundle/18127/Roguelike_Bundle/

Three tricky titles that will put your run ‘n’ gun and dungeon crawling skills to the test!

Ready to dungeon crawl? Grab the bundle for a limited time! 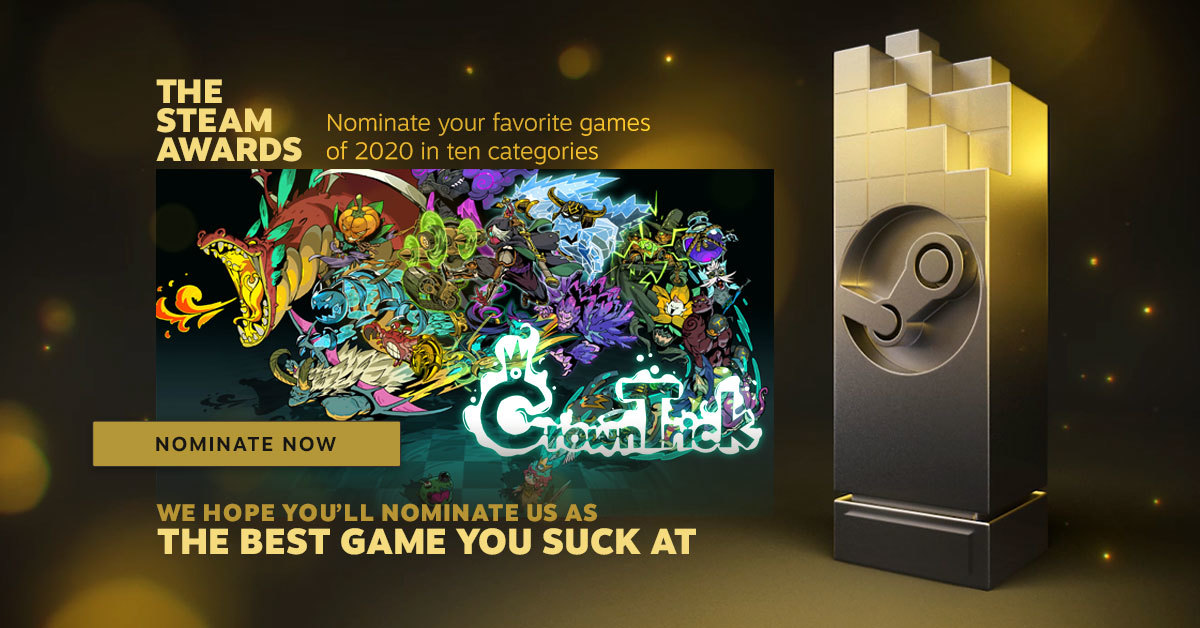 We hope you're enjoying the treacherous dungeons of the Nightmare Realm and all the challenges they bring!

It's that time of the year again, the prestigious Steam Awards!

We'd love to see Crown Trick in the running for the 'Best Game You Suck At'.

If you've enjoyed playing and think that Crown Trick is indeed the best game you suck at, we'd truly love it if you could nominate us!

Crown Trick
368
13
Crown Trick Dev Blog - Dungeon Design
Nov 10, 2020
When designing dungeons in Crown Trick, we began by considering the overall plot of the game and then narrowed it down to level design, interactive objects, monsters, and bosses. The main story follows Elle’s exploration of the Nightmare Realm in which the dungeons represent emotions — fear, regret, and anger. To escape this closed circle of the nightmare world and save the real world, she must find the mastermind behind the chaos. Each dungeon has its unique style and story behind it, but most importantly there are certain game mechanics and items in each dungeon that we want to discuss in this dev blog.

Tower of Sinners
In the Tower of Sinners, the atmosphere is constructed upon the emotion of fear. Our main inspiration is drawn from old tales of witch hunts in the middle ages. Therefore, the visual elements of the surroundings, monsters, and objects all correspond with that of a witch’s dungeon. As many tales of witches feature crucibles, we decided to add a big crucible at the beginning of each floor. Players can use it to obtain special status effects that will greatly assist Elle in this spooky place. 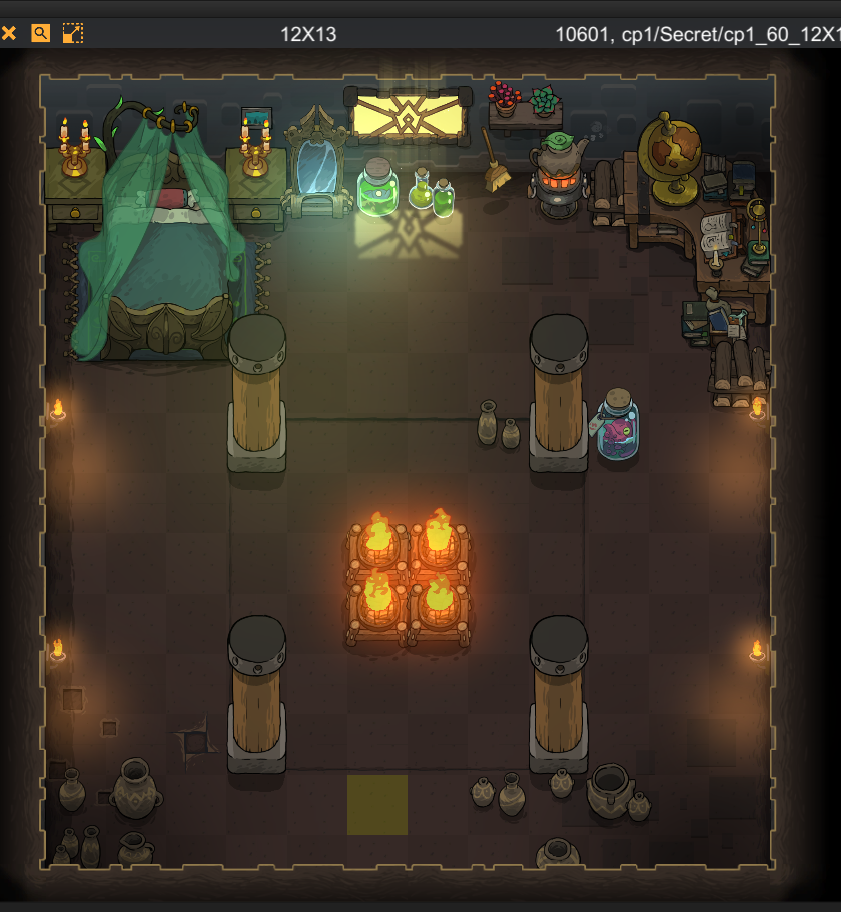 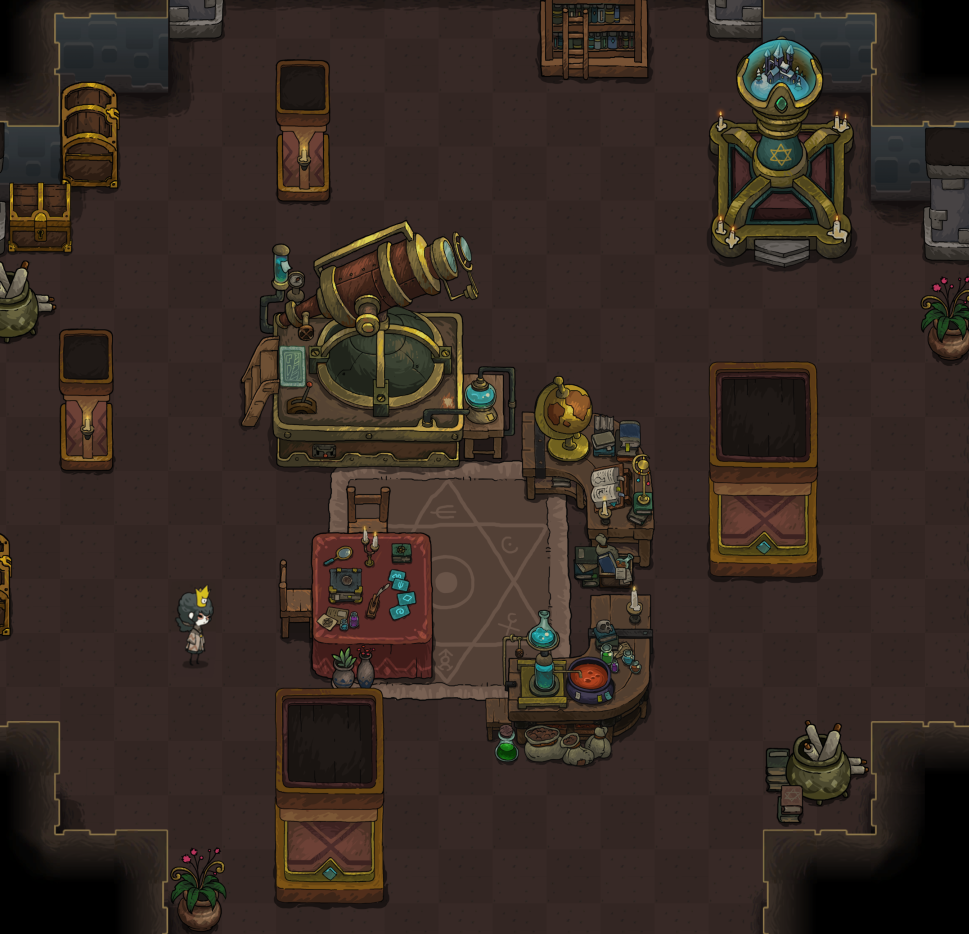 City of Steam
The inspiration for City of Steam comes from the story Frankenstein and the main theme in this dungeon is set upon the emotion of regret. However, the doctor in this case, went to extremes with his creations due to some other twisted reasons, which you may uncover in game. The entire dungeon in the City of Steam is designed as a scientist’s laboratory (and a rather mad scientist, from the looks of it). The place is rich with various steam pipes, electric panels, wires, strange devices and other technological wonders. Almost all the monsters that you meet there are the creations of Doctor Frank himself. There you will also find a quite useful item which you can upgrade at a special workbench. Remember to make good use of it as you battle Doctor Frank’s twisted machinations. 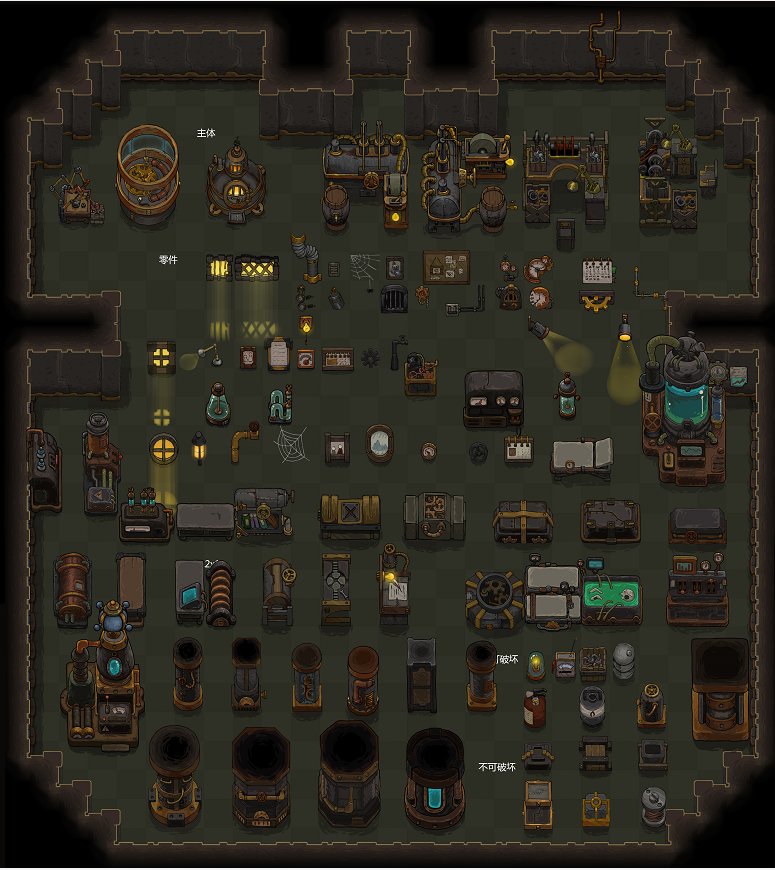 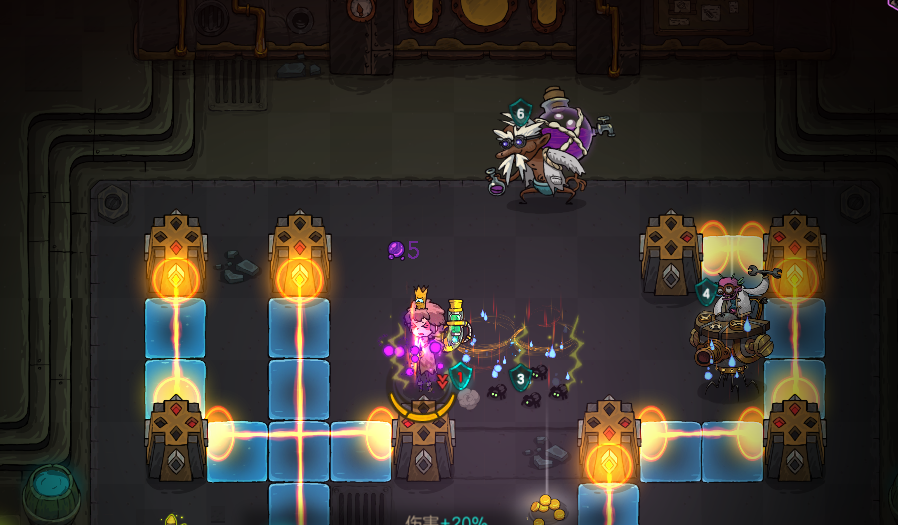 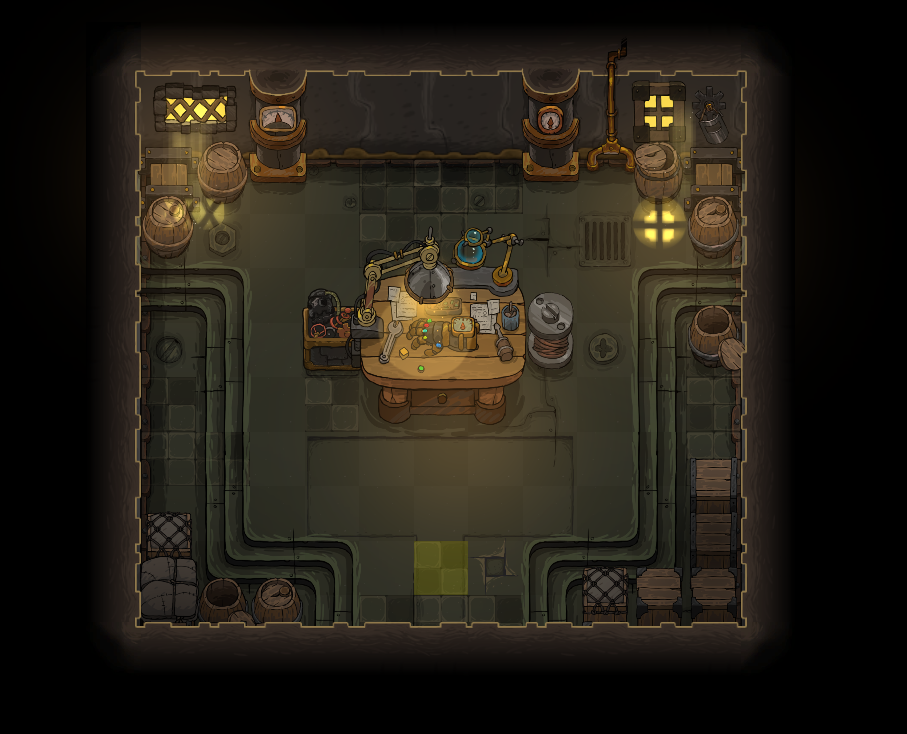 Ocean Depths
For the third dungeon, we wanted to come up with something quite different. Most traditional dungeon crawler games feature repetitive underground interiors and surroundings. We wanted to change that with something extraordinary this time. While considering ideas for what reflects anger as an emotion, we landed upon the concept of an underwater ocean world as a dungeon. From there, the idea of environmental pollution came to our minds quite naturally. In Ocean Depths, we give players a choice to pollute or purify the ocean and depending on the choice — the marine life monsters and bosses would become stronger or weaker. Compared to other areas, the dungeon itself turned out to be livelier and filled with more objects, including dangerous traps! 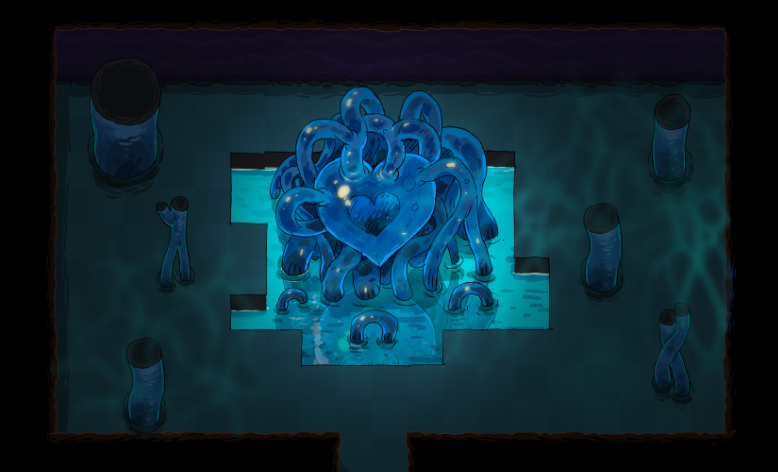 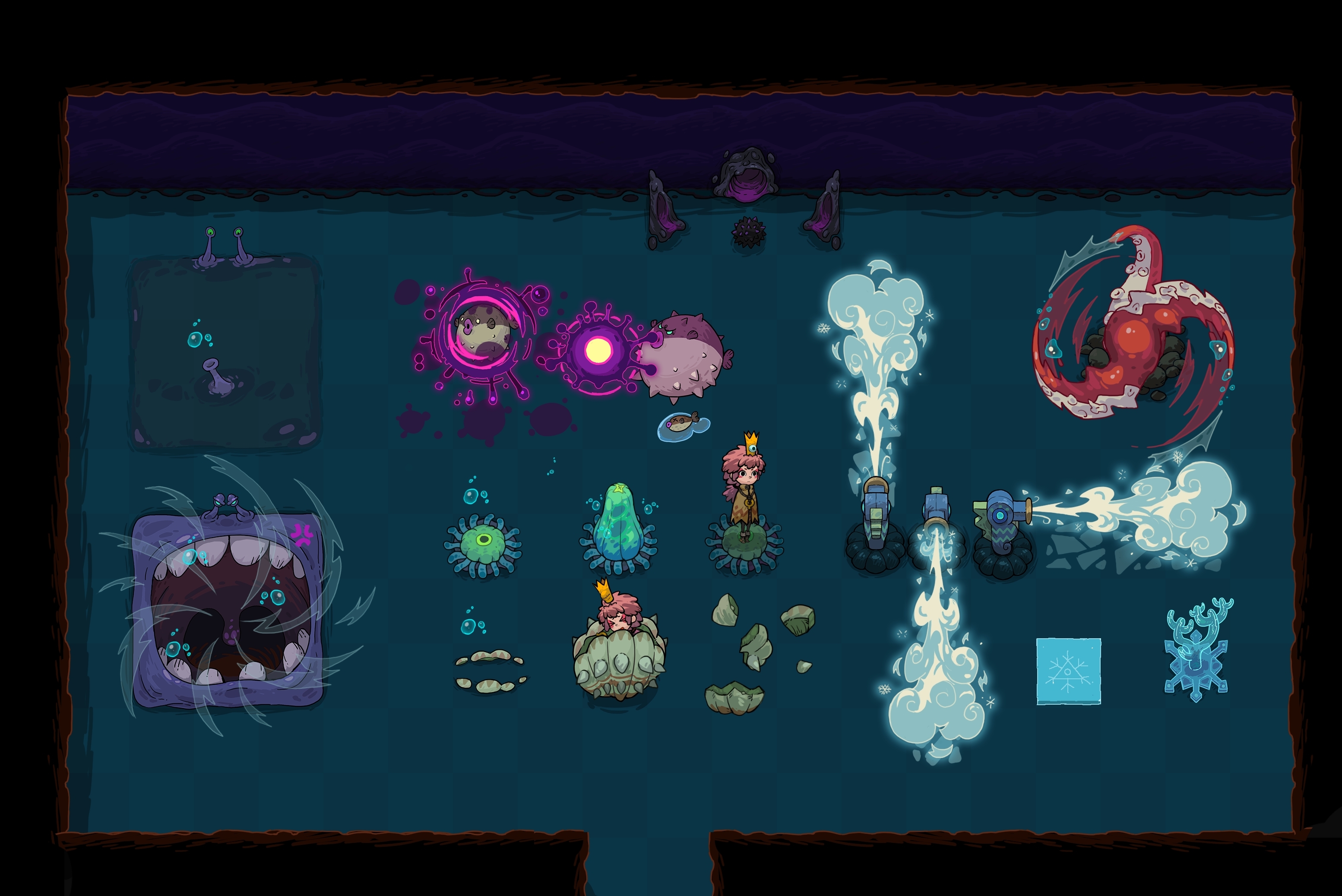 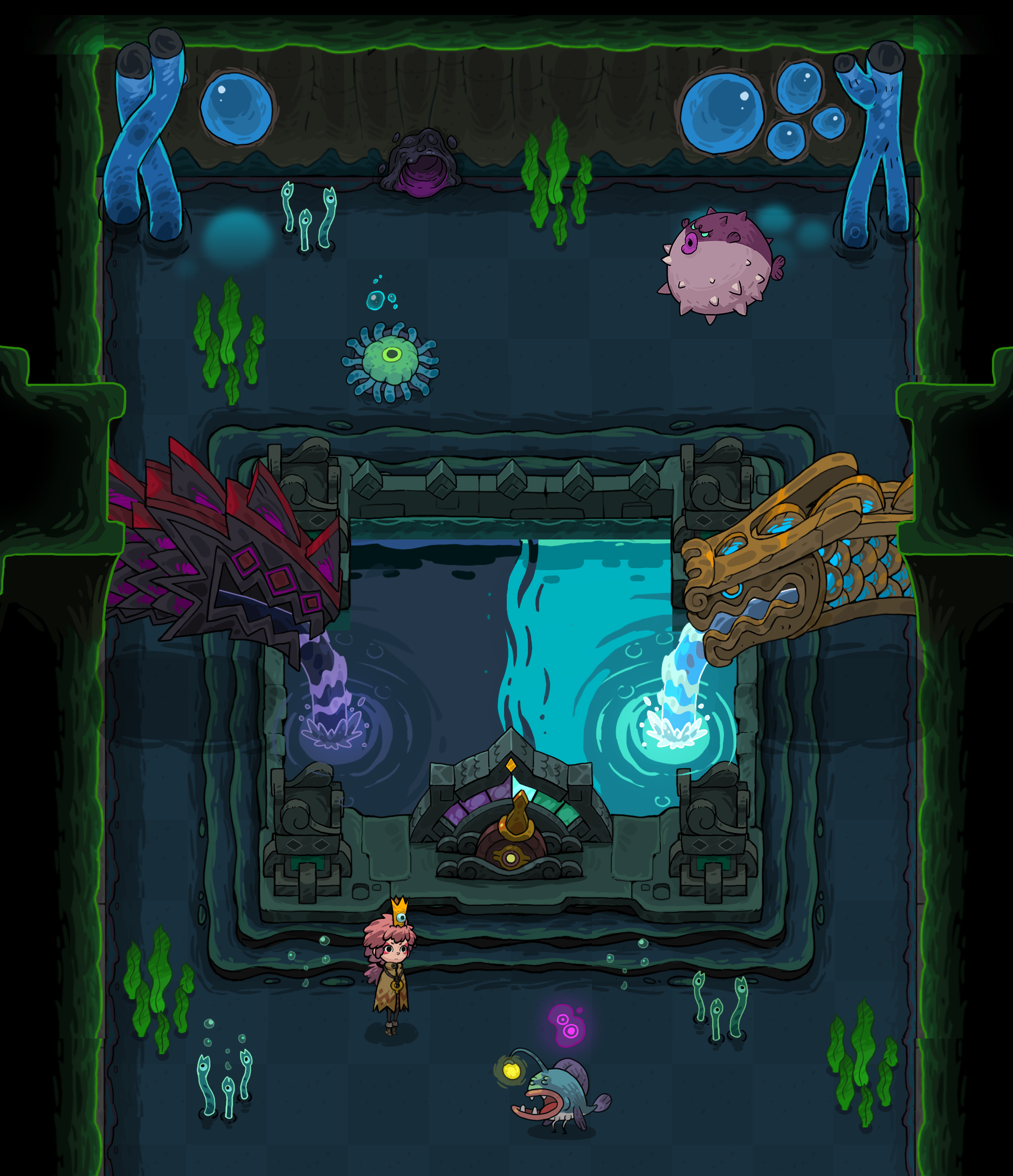 Realm of Kings
The first three dungeons serve as a sort of the background story for the game and we needed to have a key character that can connect these dots together. The domain of this rather interesting persona became the concept for the fourth and final dungeon. It was at first designed as a frozen castle and it looked darker and more dangerous than other dungeons. It’s filled with traps, interactive objects, secret rooms, and powerful monsters. We also thought it would be cool to add real chess pieces as enemies (because, you know — it’s a strategy game). 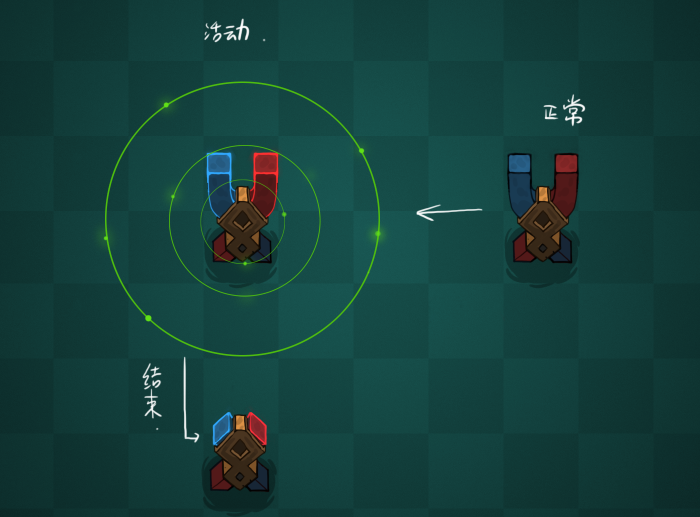 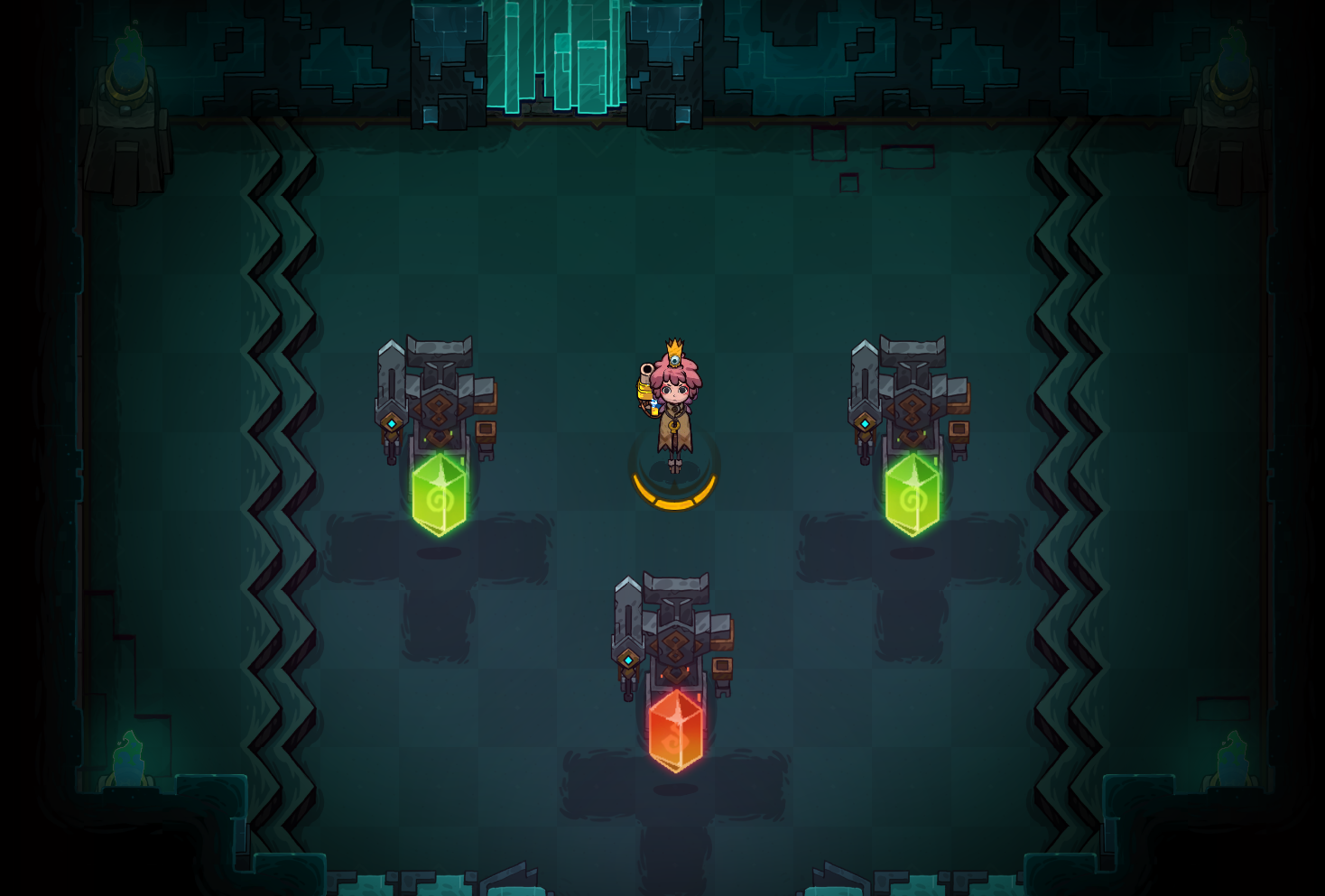 We don’t want to spoil the plot too much, since it’s one of the key areas to understand the story in Crown Trick. So, it’s up to you players, to find out what secrets are hidden in the Realm of Kings for yourself! 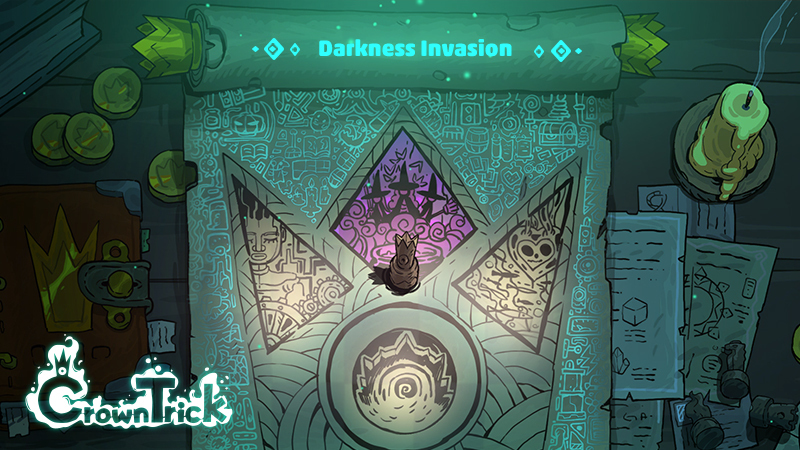 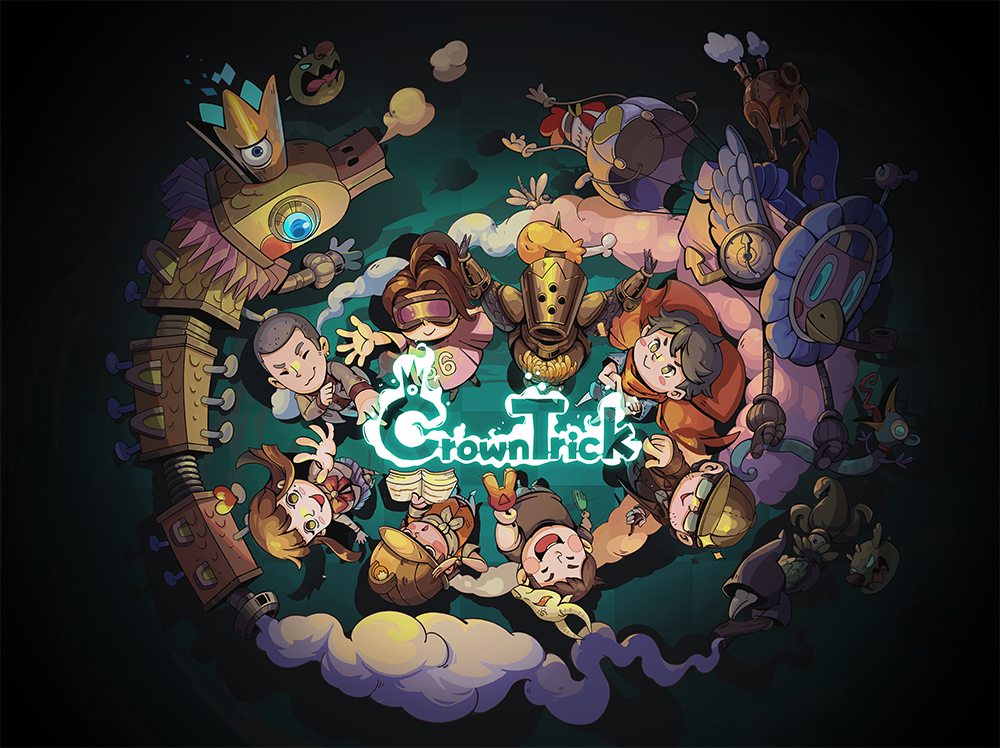 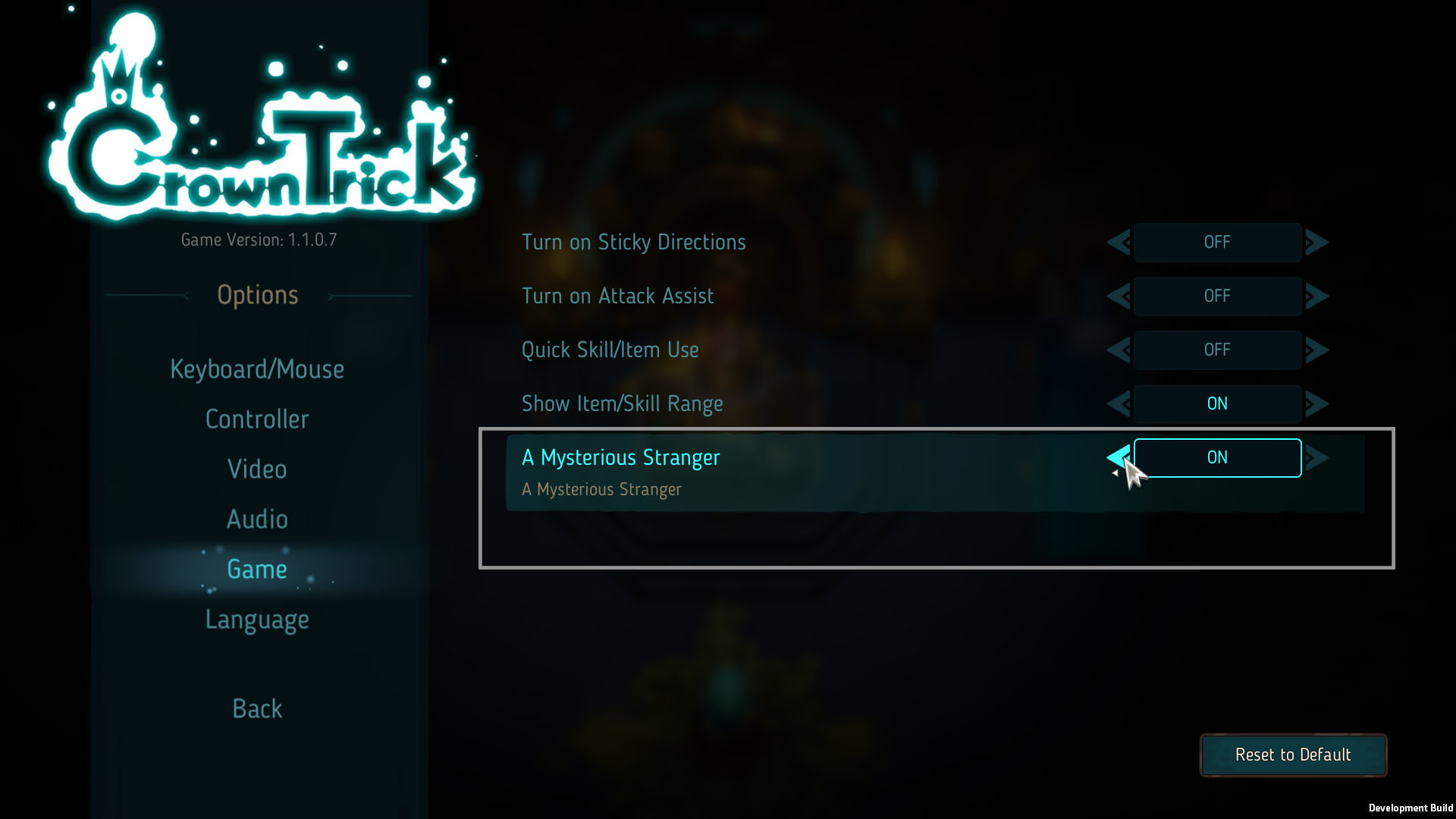 The above is the main content of this update. We will continue to pay close attention to the community and do our best to optimize the game experience even further. In addition, we are already in the discussions about the long-term consumption of soul shards, more challenging game modes, and more game content. We'll share more on future plans as soon as we can. 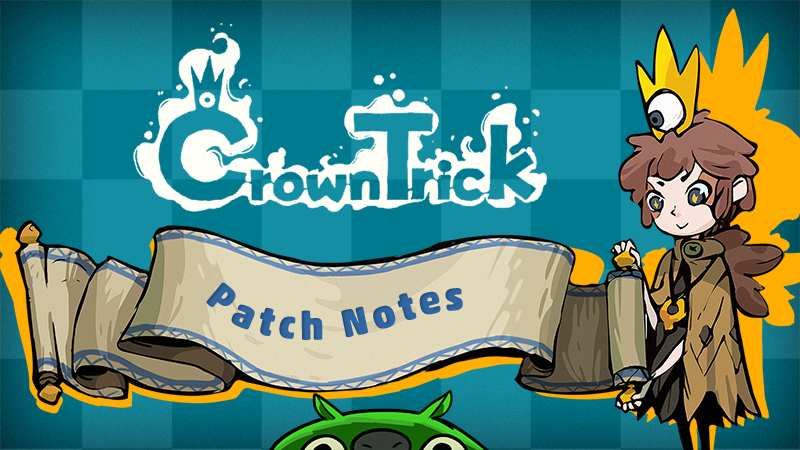 1. Bug fixes that cause no magnet drops in the battle against Doctor Frank when Trait of the Dreamrealm-Revenge is in effect